Manager “the players gave us absolutely everything again” 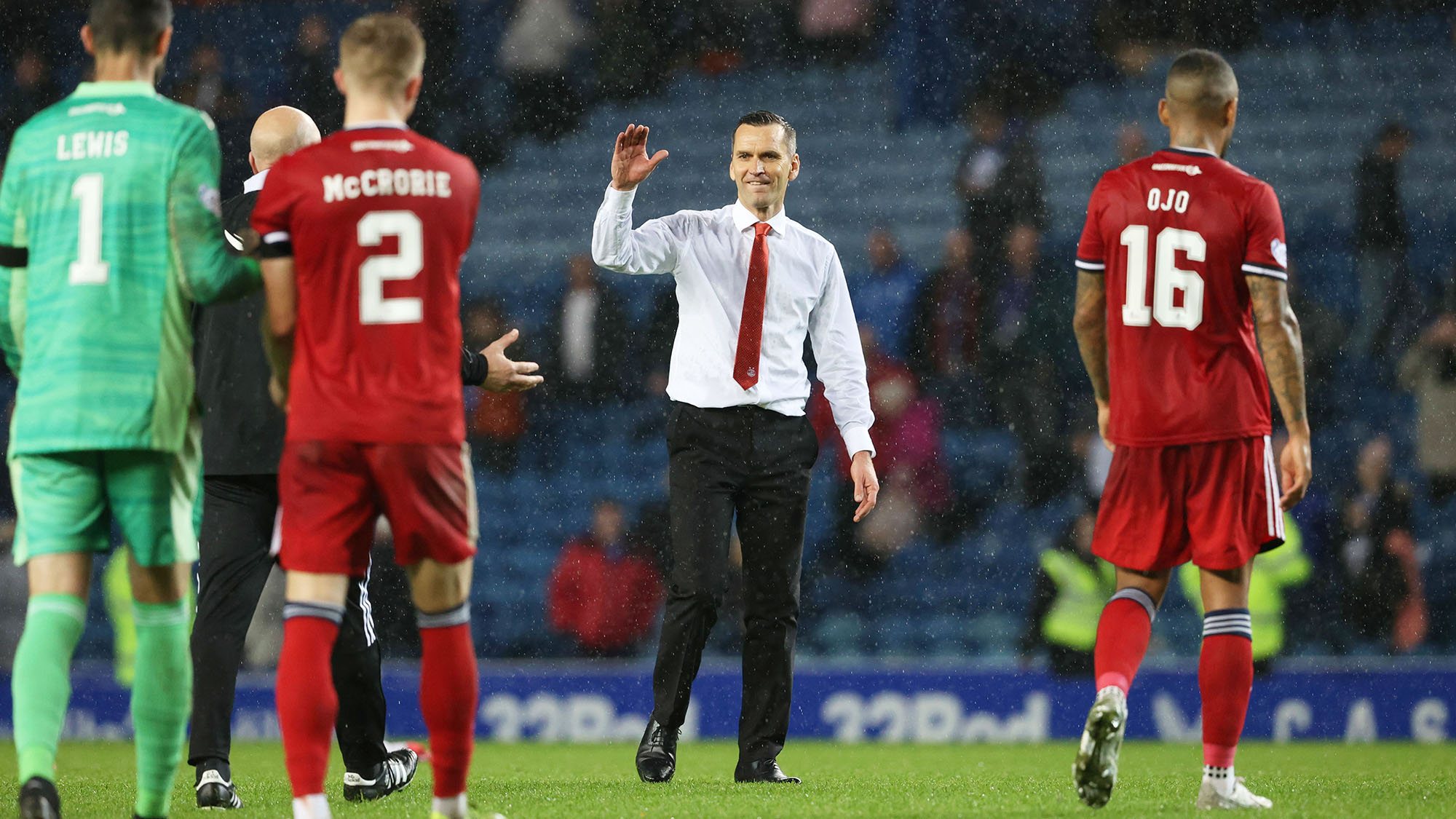 Not many sides leave Ibrox frustrated at taking just a point, but Stephen Glass was left to rue a couple of key decisions that helped Rangers scramble a draw.

“Rangers have a brilliant group of players and we had to put in a terrific performance tonight to handle them, a great work rate, so much effort, so to be undone at the end like that, it’s very disappointing. It’s really hard on the boys to have the win taken from us by the penalty decision. Yes, there’s a coming together in the box, but it’s not a penalty kick.

“But the overriding thing from tonight is that the players gave us absolutely everything again. That’s no surprise because they were doing the same during that losing run when we were getting stick left, right and centre, but the last two games, they’ve got their rewards. To come to Ibrox with depleted numbers, with the injuries we’ve got, and to produce that performance speaks volumes for them.

“Everyone was lining up to shoot us down in recent weeks, but the group has shown what they’ve got and I never doubted them for a moment. We can’t get carried away because we’ve come here and got a point. We need to go and beat Hearts on Saturday and that’s the challenge. But the effort and the work rate throughout the season has given us the platform to build on, along with the belief in what we’re doing, and you could see there was plenty of that tonight.”

While every single member if the side can be pleased with their performances at Rangers, there was a special word for the club captain and the team captain.

“Joe made a really good save from a header at a corner in the first half and he got pretty close to the penalty too. He took the crosses that came in, his kicking was good, he was solid and composed and that spreads through the side. On a slippery surface like that, that’s good goalkeeping. He’s come back in over the last few days and shown a great reaction, which is what I’d expect from him.

“We were excellent throughout the side. Scott is obviously a leader, always has been, and despite playing out of position, he’s shown what he’s capable of, he’s shown why he’s at the club, and he’s shown what a great player he is. Having him there gives us the option of changing shape too because he can step into midfield and we can do that without making a substitution.

“There wasn’t much stepping in tonight because Rangers had the bulk of possession. You’d expect that because they’re a really good team, and then they’re a bit special at the top end of the pitch. But they didn’t get much joy from us tonight.” 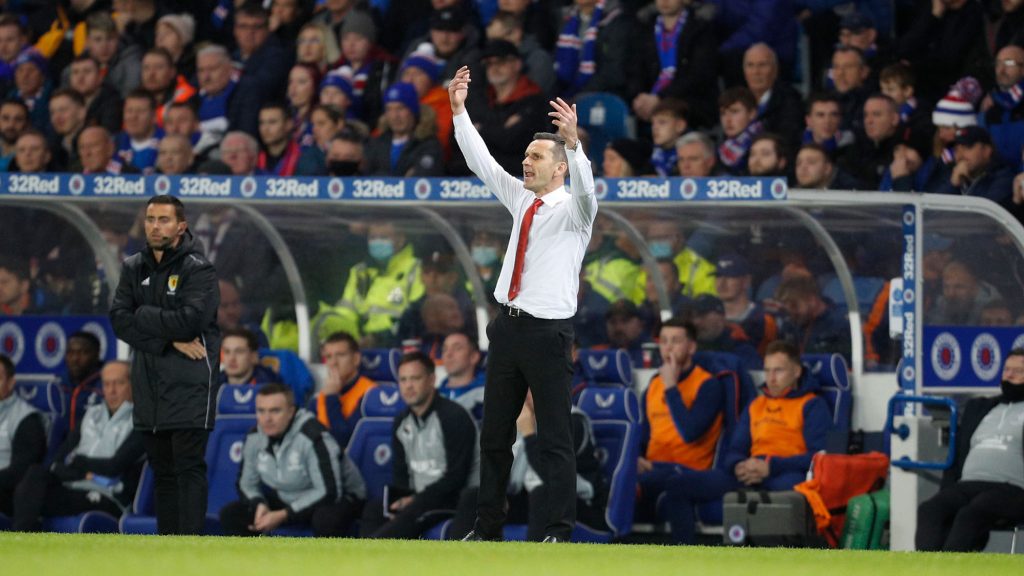