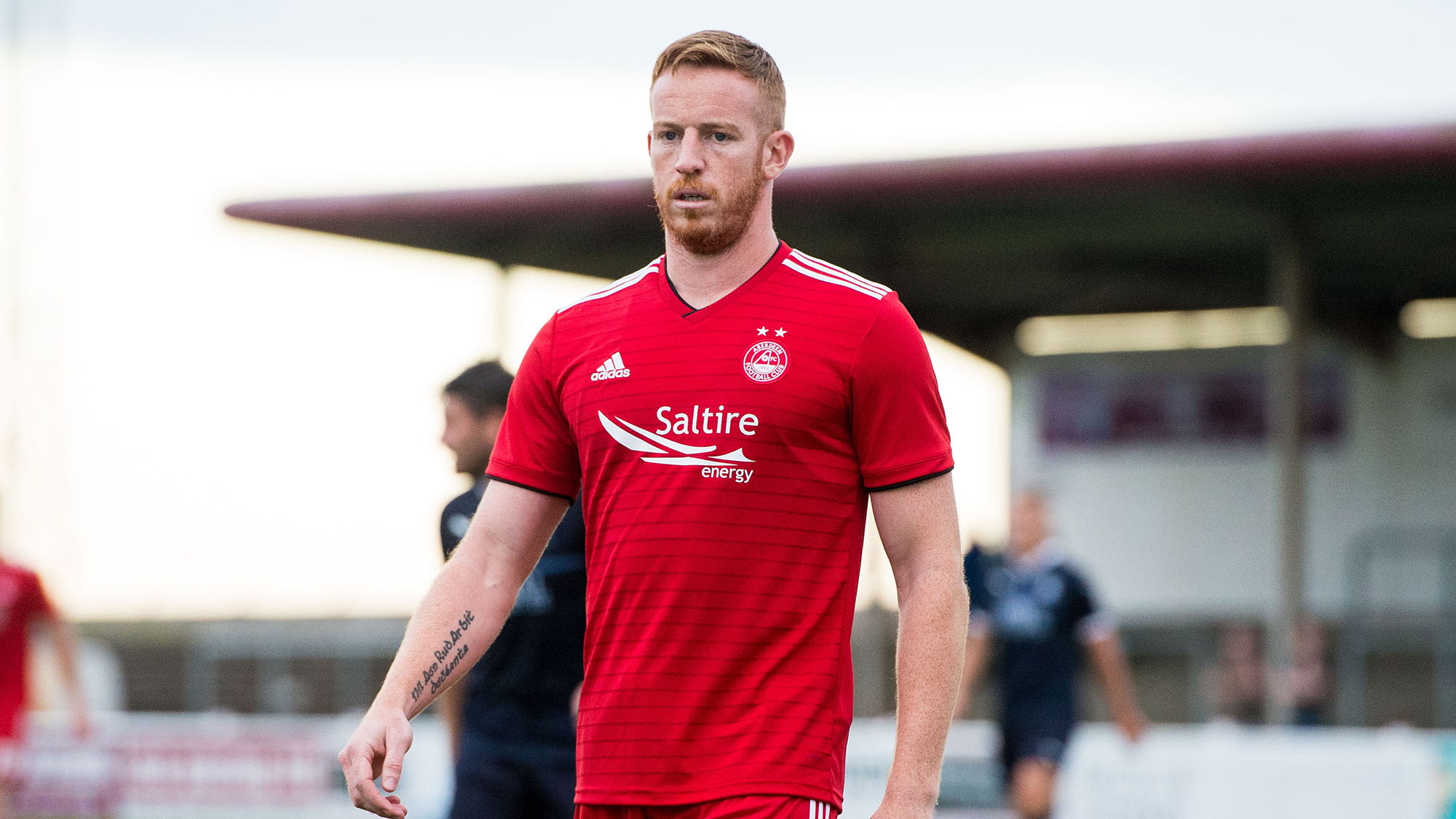 The club can this morning confirm that Adam Rooney has joined Salford City for an undisclosed fee.

The striker said goodbye to everyone at Pittodrie yesterday before travelling down to Manchester to meet up with his new team mates.

The whole of Aberdeen Football Club wishes Adam and his family all the very best for the move to Salford and for the future.

Manager Derek McInnes added “We wish Adam all the very best with his new venture and it is always with a heavy heart when you lose a good player who is also a really good person. Since I signed Adam four and a half years ago, he has given us nothing but good value and has been a fantastic boy to work with.”

Before leaving to join Salford, the 30 year old sat down and did a final interview with RedTV to thank the fans for their support over the past four and a half years. To watch the interview click here (coming shortly)

“I can’t thank the fans enough for what they’ve done.

“Not just at the games, but in and around the City and out where we are in Ellon, myself and the family have had a great relationship with them and it’s been brilliant. Anywhere we go we’ve been treated well by everyone and it’s been a brilliant club to play for.

“Also everyone around the club, it’s not just the players here, have been brilliant with me. It’s a real family club. I think I’ve known everyone’s first name from my time over the years and it’s not as if there’s only four or five people working here. Everyone get’s on well, everyone’s pulling in the same direction whether it’s the football staff, the media team or catering staff, everyone at the club are really good people and it’s been great to get to know them.

“It’s not an easy decision when you’ve come so close to the club.

“It wasn’t easy, but I just felt my time was coming to an end here and the opportunity came up at Salford. I spoke to my family about and I felt it would be a good opportunity for something new. I wasn’t keen to go somewhere else in Scotland and the move (to Salford) is something I’m really looking forward to taking part in and hopefully making a name for myself there.

“I’ve loved my time in the North East and it’s most settled I’ve ever been with my family here and it’s not an easy decision to make, but I just felt was the right time.

“There’s lots involved (in moving) it’s not just a case of packing up and going, especially when you’ve got a bit of history here and how good it’s been. I just felt for myself and family it was maybe time to go and try something new.

“We went through everything to be honest as you have to consider all things, not just football, you consider everything in your life and we came to a decision that we thought it was a good opportunity and something we thought we’d go for.

“The plans and ambition Salford have really intrigues me and where they want to take it. But the other side of that is actually having to leave here.

“I certainly wasn’t booted out the door. Unfortunately, in football you feel your time comes to an end at certain periods in your career and you have to move on and we felt it was the right time for everyone.

“The reason I came here, and I had other options, was to work with the Gaffer. We’ve had a great relationship and this is the happiest I’ve been at any club throughout my career. It’s been the most enjoyable experience and the Gaffer, Doc and everyone around the club has played a huge part in that.

“It’s a brilliant club to play for and hopefully the club’s going to continue to have more success.”

Adam signed for The Dons in January 2014 and few have had the same impact the Irishman had in his opening months at Pittodrie. A goal on his debut against Motherwell at Fir Park was followed up by a terrific finish in the League Cup Semi-Final against St Johnstone a week later. His finest moment in a Dons shirt came in the League Cup Final when, in front of 43,000 + Aberdeen fans, Rooney had the honour of stepping up to score the winning penalty in the shootout. The Red Army had longed for a prolific number 9 and Rooney’s goals ensured The Dons would continue to fight at the top end of the table. He scored four hat-tricks during his time at Pittodrie and was the club’s top scorer four years running. The Irishman also cleaned up at the club’s Player of The Year in 2014/15. Other memorable moments include scoring the winner against Celtic, which ended their unbeaten run, scoring the opener in the Scottish Cup Semi-Final against Hibernian after only 13 seconds of play and scoring away to Groningen in a famous Europa League win. He also joined Mark McGhee and Francis Munro as the only players to score European hat-tricks for AFC. Adam ‘s final record at the Dons reads – scored 88 goals in 197 games. 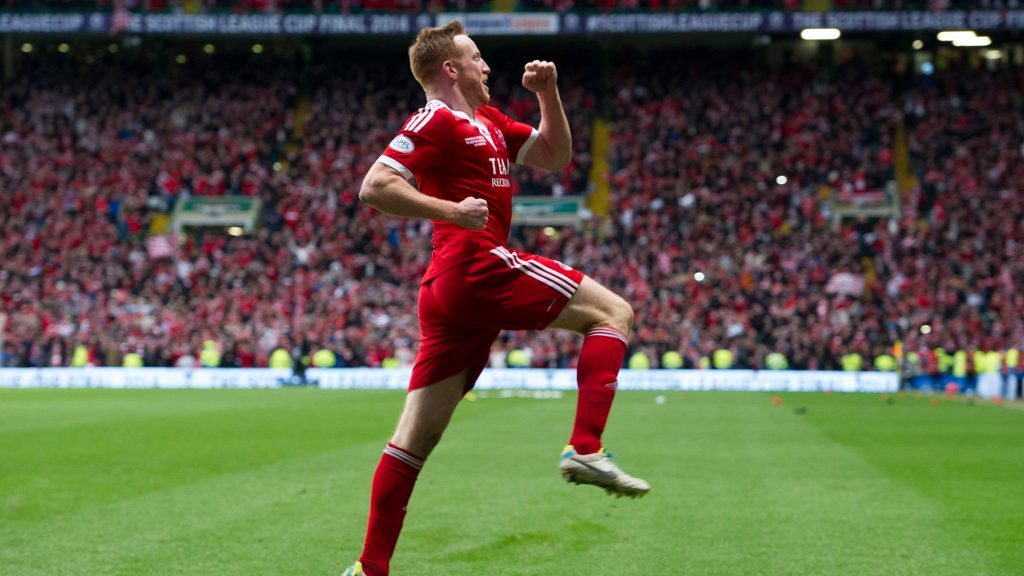