The Manager “We just had to get back to winning ways”

“The clean sheet, the three points, the goal from Cosgrove, the reappearance of Funso Ojo, there was plenty of positives from my team today” 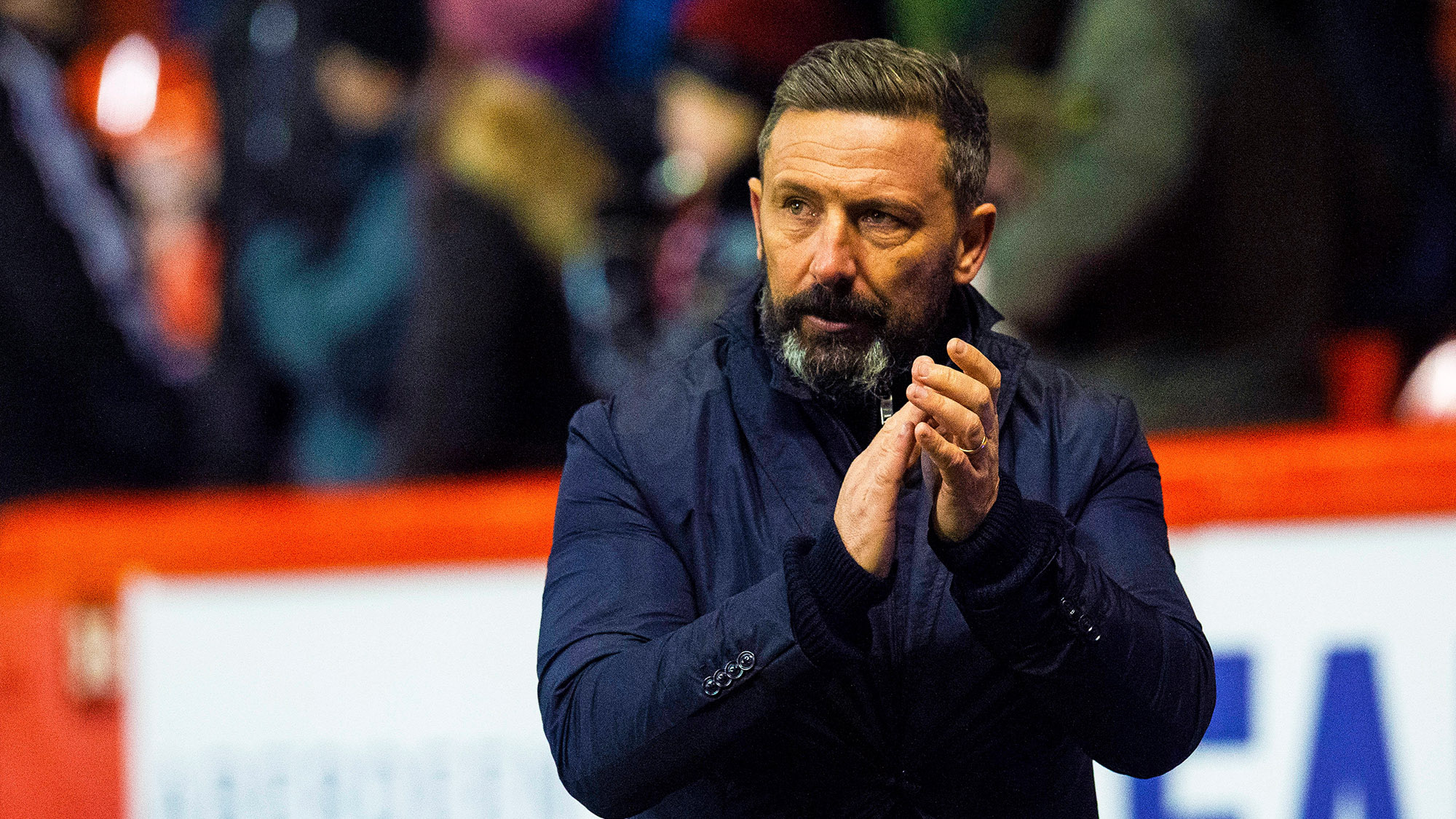 “It is good to win the game and get all three points.

“We had good control of the game in the first half. You see the influence of Ojo on the team and it was a real bonus for us having him on the pitch.

“I have looked back at the chances we had in the first half and we had three or four real guilt edge chances, but their keeper has made some good saves.

“It is hard for me to be too critical of the boys who have missed their chances because they have probably done everything right and the keeper has made good saves.

“We were up against a team who were clearly spirited and were giving everything for their manager. They are a team who took Celtic to the 95th minute so you have got to try and break that resolve and the best way to do that, is keeping a clean sheet and not giving too much encouragement but taking chances.

“At half time Ojo comes off, there was nothing wrong with him, that was always the plan to get him to play 45 minutes. What we did do in terms of the substitution was we lost a bit of control in midfield.

“Bringing Gallagher on gave us some penetrating runs, it got them back into their box a bit more as well. We were striving at half time for a bit more quality.

“It is a great cross field pass from Wilson, McGinn stands up the full back and Cosgrove pulls onto McMann the left back and a lovely finish from Sam from Niall’s cross.

“From then on in, while we never blew Hamilton away, we were still very much in charge of the game.

“While it is only 1-0 the opposition will keep going.

“The clean sheet, the three points, the goal from Cosgrove, the reappearance of Funso Ojo, there was plenty of positives from my team today.” 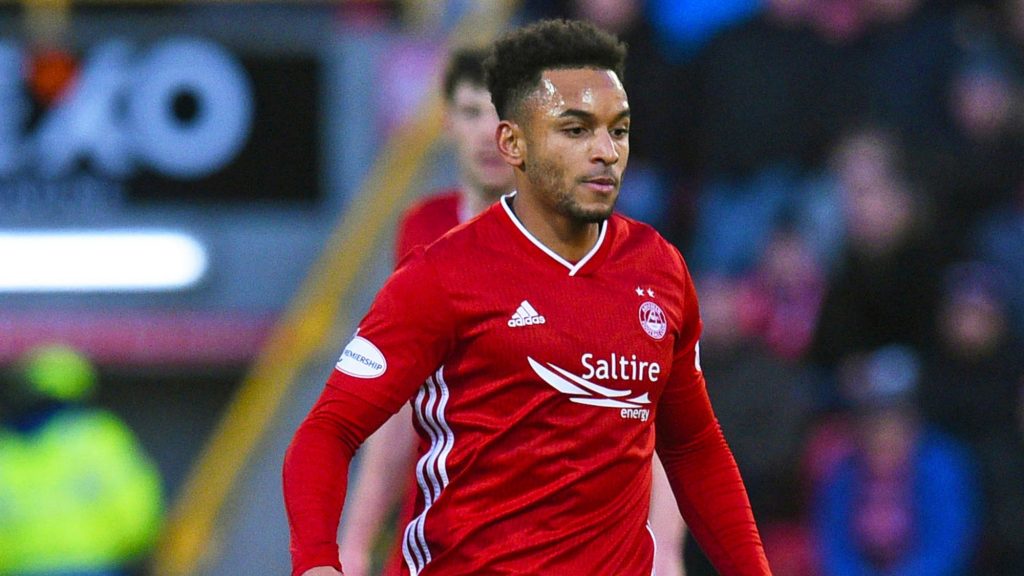 “There was an element of risk to starting to Funso, in terms of is he going to be sharp enough. I have watched him all week in training and he has been my best player.

“You can either play football or you cannot, and the boy can play. He clearly has an influence on my side, and we have missed that influence.

“Between him and Bryson we have been a midfielder short all season. Hopefully by the turn of the year we will have Bryson and Funso back for us and I think we will be a better team for it.”

Back to Winning Ways

“We just had to get back to winning ways. Last time out here we salvaged a spirited point against Rangers, against the odds and coming back and then we took a sore one last week.

“It was important to get back to winning ways. Three points is very important to every team and none more so than ourselves.

“We have had a bit of a bug going around the training ground all week and it has affected quite a few of my players and I thought we looked a bit leggy at times in that second half.

“The players deserve a lot of credit for sticking by each other and getting the job done.

“I would’ve liked to have scored more goals, but a win is a win and we move on to Celtic.” 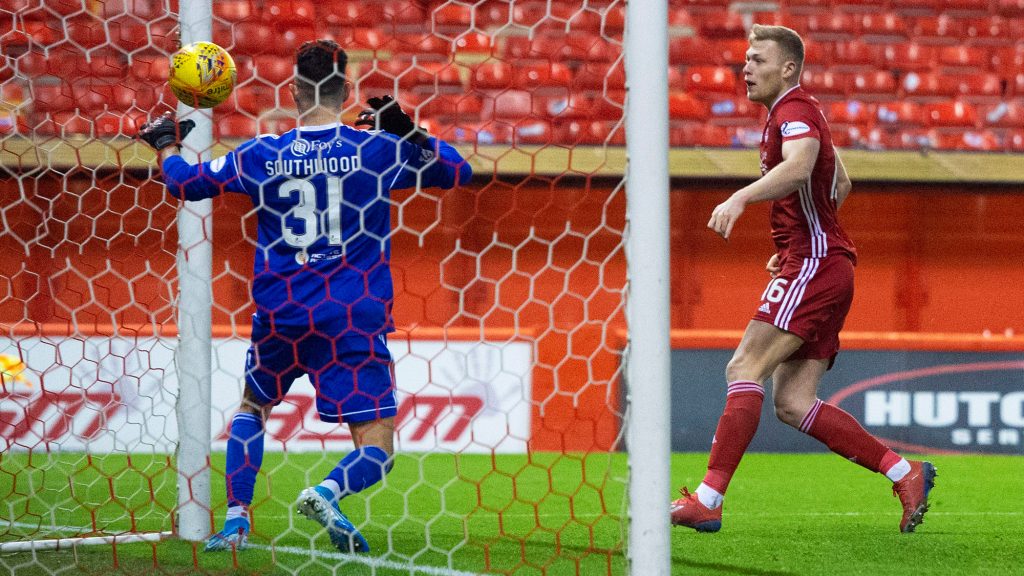 “Greg took a bang to his shin. We don’t think it is anything too sinister, but we will get it looked at on Monday.

“I think he will be okay, but he was in pain even just planting his foot. He has got a really tender spot but we are hoping that he will be okay for next Saturday and he will hopefully get some training this week, but I cannot be certain at this moment.”

“Sam hadn’t scored for a couple of games and it was annoying him. For any number nine it is all about scoring the goals and getting back onto that type of form.

“He will be pleased with his goal today because he has peeled onto McMann the full back and it is a nice calm finish. He has watched the ball all the way.

“He is in great form. The boy is doing great for us.

“I have said this often enough over the years, we had loads of games where Adam Rooney finished off our good work and he was vitally important to us. Trying to replace a boy like that is extremely difficult but we saw enough in Sam as the one to replace Adam.

“Our bread and butter was 1-0 with Rooney scoring and Sam has become a bit of that for us as well. He has been the guy even when we are not at our best, he scores goals.

“These types of players are invaluable to teams and managers.

“From that point of view, we don’t want to lose him. I don’t think it would be in our best interest to lose our top goal scorer in January, but I am not naive enough to think that teams are not looking at him.

“We know that money talks. Sam will move on at some point, but I don’t think him moving on in this window will be of any benefit for us.

“Hopefully he will still be with us and he will try and help us achieve what we want to achieve this season.

“I have spoken to Dave Cormack about that as well. We are on the same page; we know where we are.

“We are a club that wants to improve, and we have been given a bit of encouragement that we can do something in January in certain positions. We are also aware that we are a club that develops players, brings them on and eventually we sell them.

“It is important that we hold on to those players for as long as possible because everybody from the chairman, supporters and the staff; we all want to give ourselves the best chance possible.

“Hanging onto your best players for as long as possible is what needs to be done here.” 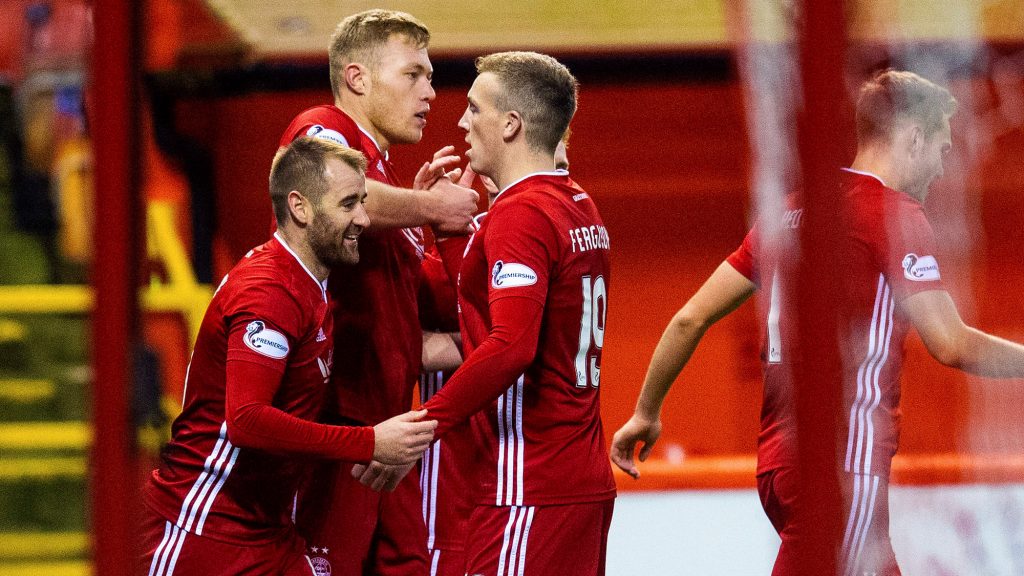