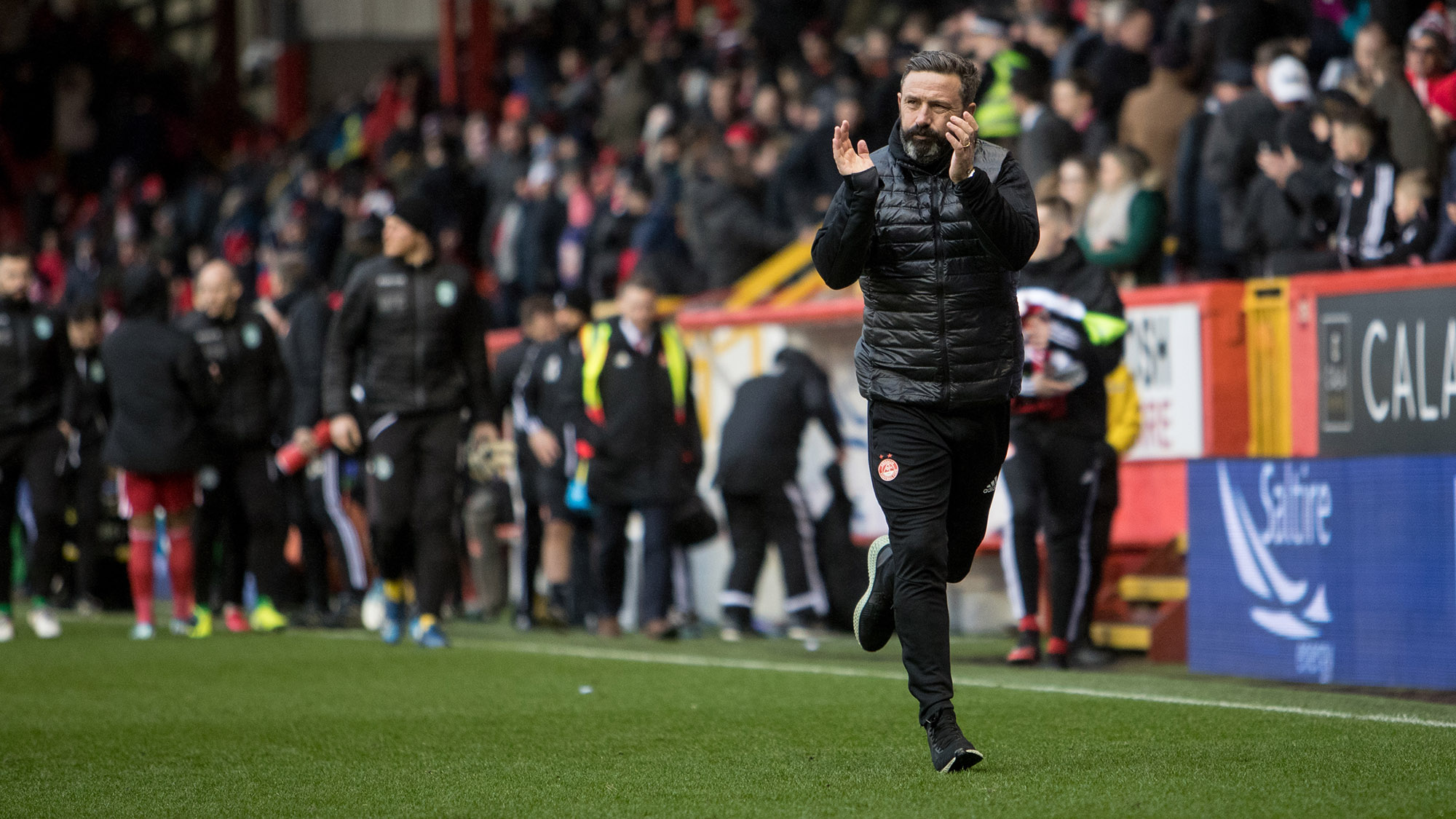 “I thought it was a deserved score line in the end.

“I didn’t think there was much in the first half, but I thought Hibs showed their attacking threat more than we did.

“Territoriality in the middle of the park there wasn’t much in it. Joe has made a brilliant save again (from Doidge in the first half).

“It doesn’t matter how deep they are, when Hibs turn the ball over, with the speed they have got in the team with players like Boyle and Doidge, you can quickly be defending a situation. That was the case with the goal that we lost.

“I thought we had just grown into the first half; it was quite an assured performance after the first 15 minutes. We are guilty of giving the ball away from a promising position that was deep in their half. They have totally exploited us; it was a brilliant run from Doidge.

“We are disappointed that we never got some big decisions in the first half.

“Considine gets hauled round the neck and he was dragged down. The one that was more obvious was the Ferguson one. Lewis is just trying to work an angle and he is brought down.

“There was a bit of a grievance again at half time, we have shown in the past how good we can be coming from behind. The players deserve so much credit. I thought we started the second half well.

“It needed to be a strong second half performance to beat a good Hibs team.” 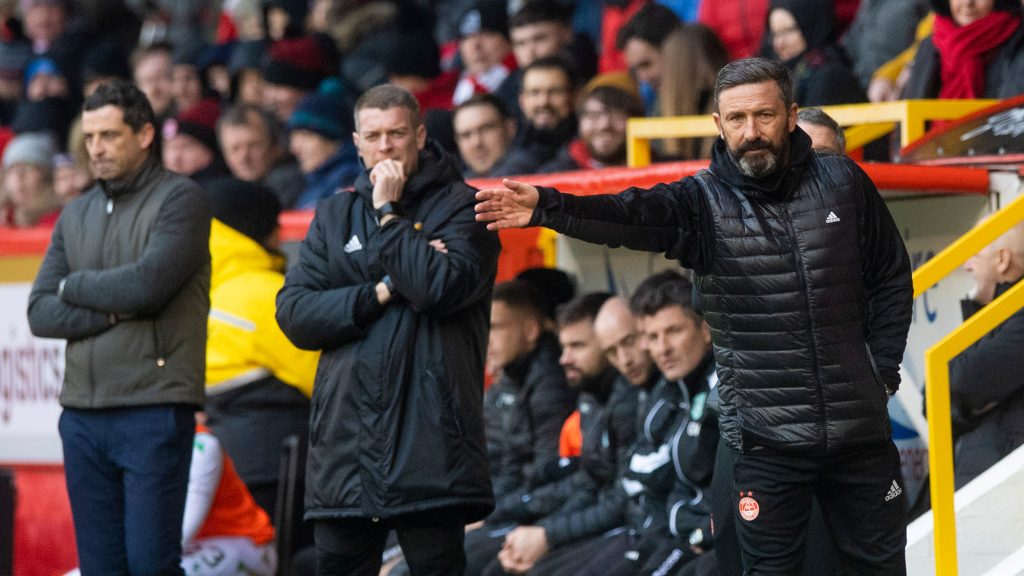 “It was a huge moment when Whittaker gets sent off.

“We are not looking to get him sent off, but he stands on the ball and kicks the ball away. We had Dean Campbell two weeks ago who did something similar and was on a yellow card and was sent off. Today it is a different referee. I think John Beaton has dealt with the situation the way it should be dealt with. You don’t want people to be sent off for that.

“Whittaker’s tackle got himself sent off. I thought from there on in the players played with determination, we got the ball into wider areas.

“The intelligence of the team was the thing that pleased me the most.

“In the wider areas we were carrying the threat. We started to get a presence in the box. All three goals are from pressure in the middle of the goal. We are delighted we won the game against a good team.

“We had it all to do in the second half and the players done it brilliantly.”

“I am not really interested in how the table looks just now; it is so important that we finish third at the end of the season.

“It was an important game today and will be on Friday. Clubs like Aberdeen should be playing meaningful games at this stage of the season.

“We have got ourselves in a situation through inconsistency, particularly either side of new year. What we have got to do now, is with that consistency of performance that we have been seeing away from home and consistency of results of late, if we can mirror that at home as we did today then we won’t be far away.

“It was a really meaningful and important game today and as long as we keep winning and picking up results then the next game will become just as important. Motherwell next week will be exactly that. 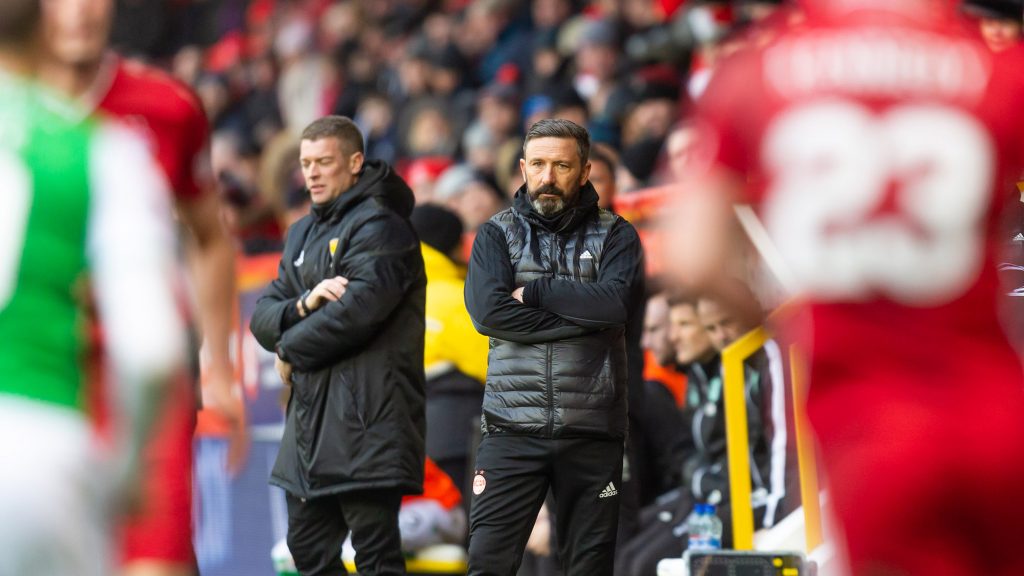 “I am running out of things to say about Ferguson. He is just so young. He can do everything.

“I thought Dylan and Ojo were up in the game and playing the game in the manner in which it was needed to be played in. They were knitting it together with their passing and playing with intelligence. I thought our midfield was very good today.

“We have really struggled with midfield options in the first half of the season through injuries. What you see today is the game needed good midfielders against their midfielders and I thought we came out on top in there today.

“Niall does that (quality of ball in for the first goal). His stats are a joke and how good he has been over the last few years.

“We had a lack of height today. We knew with the team that we had selected we knew we were a wee bit short in height, but we knew with the right delivery and pressure we could still cause problems.

“I think Anderson came on at the right time. I thought it was a really productive performance from Bruce. He used his minutes brilliantly today. He ran the legs off their two big centre backs. He was a breath of fresh air. He chased everything up there and got us up the pitch. He did well.

“Tommie Hoban has done well in training over the last couple of days (with us). He went back down the road last night as his wife is due to give birth. I haven’t spoken to him, but I hope it all went well. He will back with us on Monday.” 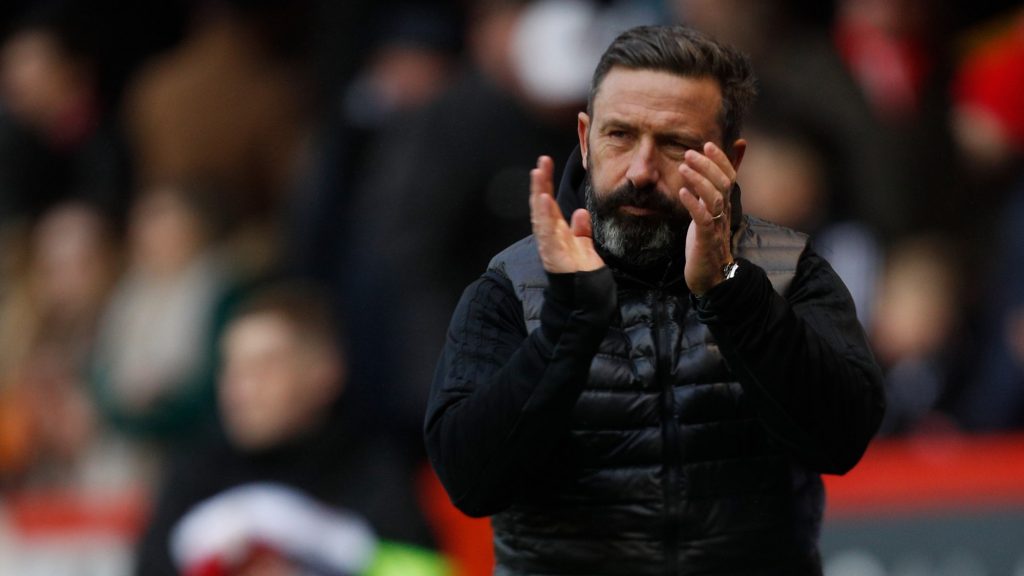