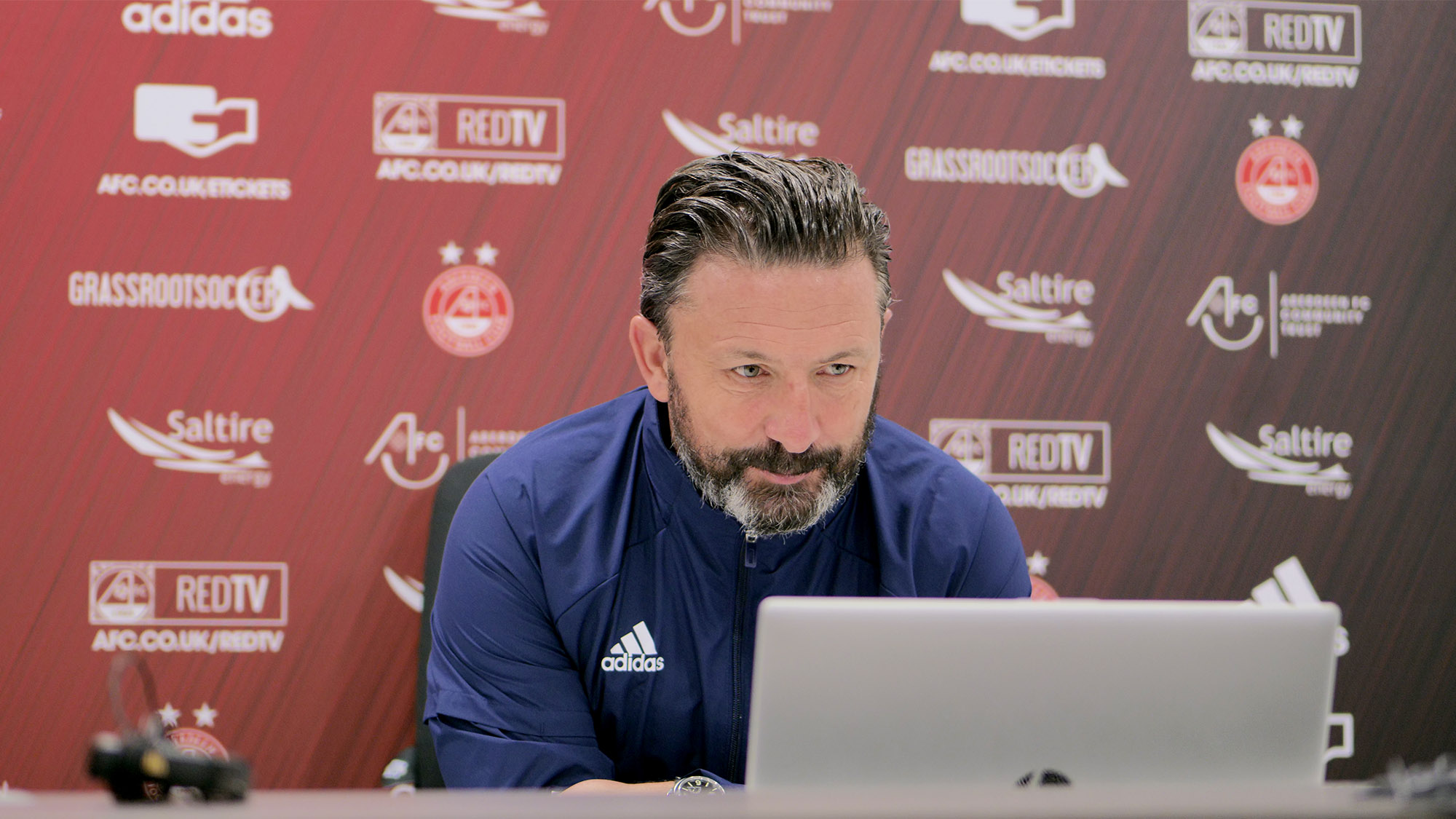 The club did their pre match press duties on Wednesday ahead of the Premiership game against Rangers at Ibrox on Sunday. The Manager gave a fitness update with a number of the squad away on international duty this past week:

“Niall McGinn has injured his calf. He did it in the Northern Ireland game against Slovakia.

“We got him scanned over the weekend. It is not a tear but will probably keep him out for three weeks. It is the same type of injury he had at the start of the season.

“So Niall pulled out of the squad and Matty Kennedy has now joined them.

“We had an understanding with Northern Ireland, with Matty having been out for so long, he would stay here and do some more work with us but would be available for the third game if required. So he joined up on Monday as agreed for their game against Romania.

“Hopefully he will make his international debut this evening.

“The Scotland U21 boys had a disappointing result, but Lewis Ferguson, Connor McLennan and Ross McCrorie came through the game ok.

“Greg Leigh has played two games for Jamaica against Saudi Arabia, so got 180 minutes under his belt. He played one of the games at right back and one at left back. I spoke to him on the phone and he said it was a very positive experience. I am delighted for him. Having those two games will benefit him.

“So now we are just hoping Matty and Andy come through their games this evening ok.

“We are missing some big players; Marley Watkins has been a key player for us, Dylan McGeouch and Jonny Hayes are out as well as Niall and Ross is unavailable.

“Dean Campbell has trained the past two weeks so young Dean will come back into the squad. I am also really pleased with the way Funso Ojo has been training.

“It is a test for us for on Sunday, we will need a very strong away performance, We are going to need some big performances in red shirts but it is an opportunity to go and get another three points.

To watch the full press conference please click on the red button.