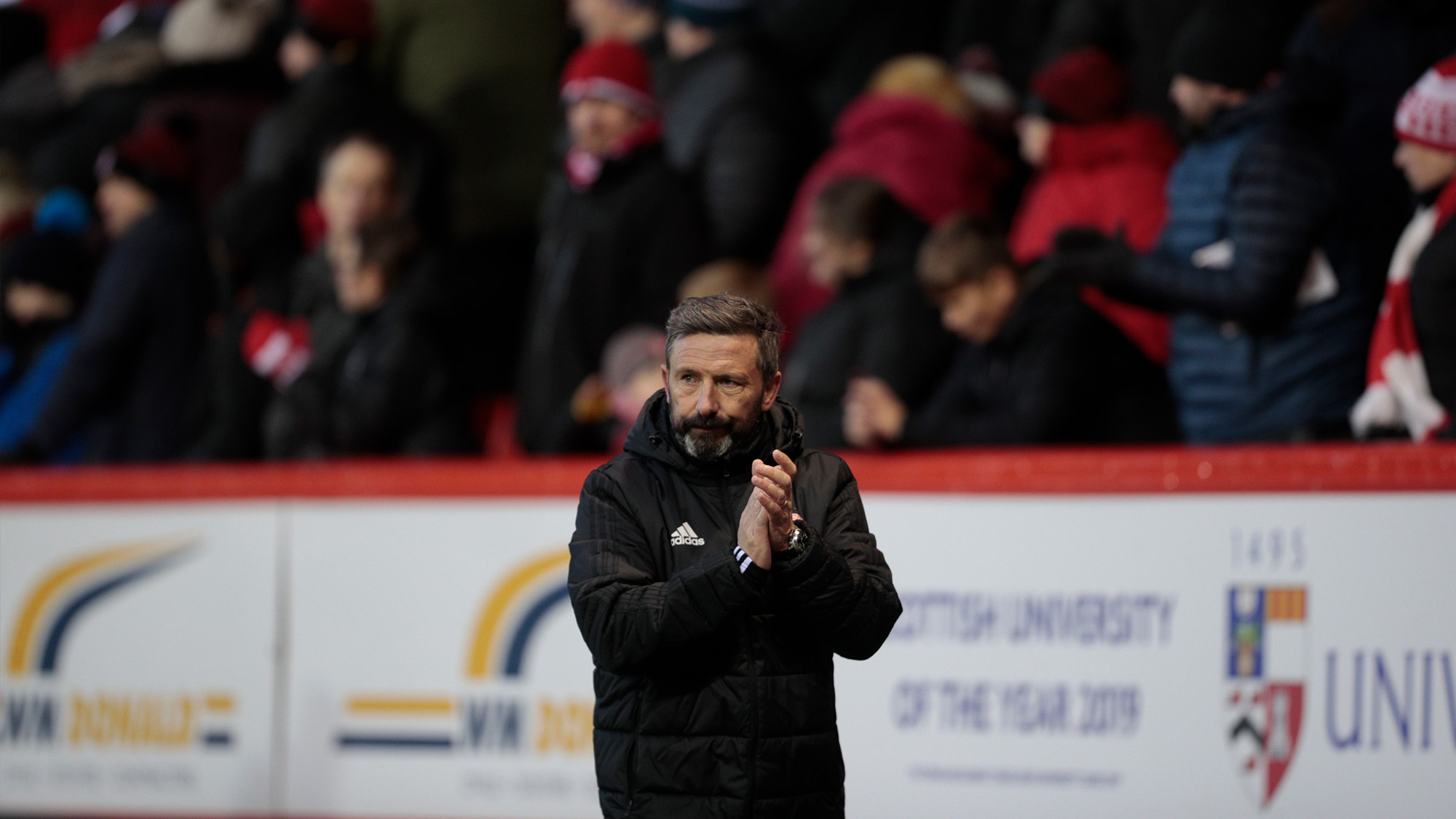 “We have been here before.

“If you had just flown in you would have seen a very composed team, I thought we played well in the game. We were by far the better team.

“When the team sheet came in from Kilmarnock, without putting words in Alex Dyer’s mouth, they had five defenders and two screening midfielders. They probably would have shaken hands on a 0-0 draw and gone back down the road with a replay. They have done their job.

“I felt that we controlled the game. The surface was pretty dry and bobbly with the wind which made the second half a bit farcical and that didn’t help matters in terms of a creative point of view.

“In general, I thought it was a decent team performance. It doesn’t really count for anything because all everybody wants to talk about, and rightly so, is that we haven’t scored again for a fifth game in a row. 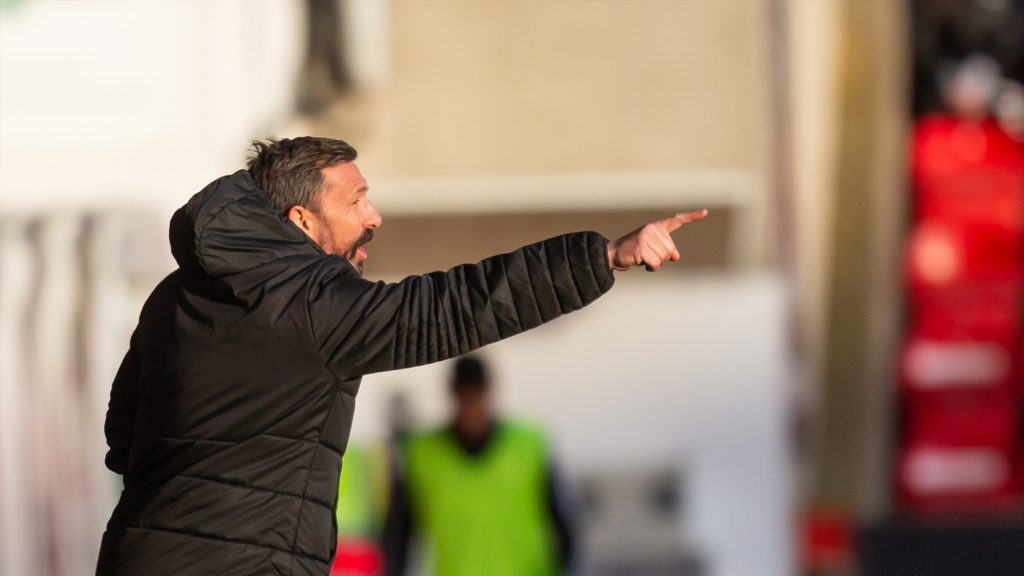 “It is the third penalty in five games that we have been denied, it is a clear penalty. It is inside the box. If this was Rangers or Celtic the whole world would know about it, but nobody wants to talk about that.

“We have had three crucial decisions go against us. It should have been a penalty. We are waiting on Cosgrove getting up and running again and it might just be as simple as the right decision being made, he has the penalty kick and he is away again.

“These things I am angry about as well.

“It is just Aberdeen. If it was Rangers or Celtic the whole country would be talking about it. They would make sure that everybody heard. The fact that I have not even been asked about it, I have had to mention it, is frustrating as well because it is a clear penalty. 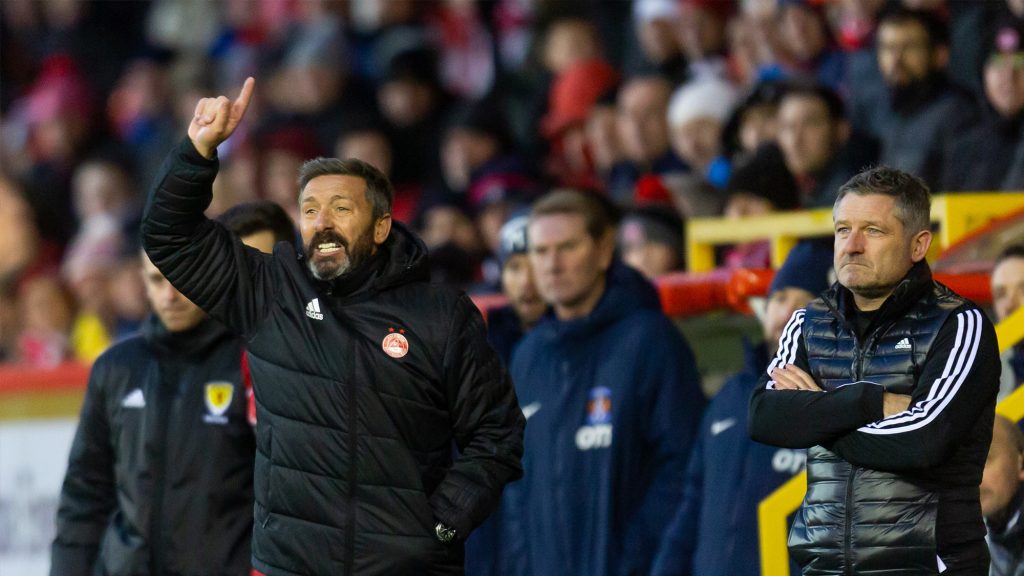 “I am angry and embarrassed again that we have not managed to score and work the goalkeeper enough. I need to stick by my players. We are trying everything.

“When we got the team sheet in, we adjusted slightly because we thought that they would go with a back five.

“We got Dean Campbell into little half positions and his switches of plays were good. I thought we had some good positives today.

“We were defensively sound, a clean sheet again. We were never really under threat; we played the game in their half. Campbell and Ojo were very good.

“What we tried to do was get McGinn, Kennedy and Ferguson closer to Cosgrove to try and give him that much needed support.

“It has not happened for us today but there was a lot right about the performance. Ultimately though we haven’t scored and that is why we are still angry and frustrated.

“It is my job to try and help the players to be better in the final third. It has not been something that I have come across in my career. We have always found ways to score goals.

“Also, in your career sometimes football is easy. Sometimes you don’t have to play well, and you win. Sometimes you pick the wrong team and you win, and nobody questions it. When you are not scoring you open yourself up to criticism.

“It is my job to keep trying to find the answers to try and carry more of a threat.

“I do think things like the referring decision or getting a ricochet and the break of the ball, it could just be as simple as that.

“That’s why I am angry at the lack of the right decision for the penalty kick.

“We are trying to get as many bodies in support of Sam Cosgrove. We will continue to move onto Tuesday and hopefully we can get not only a goal scoring performance but also a winning one. 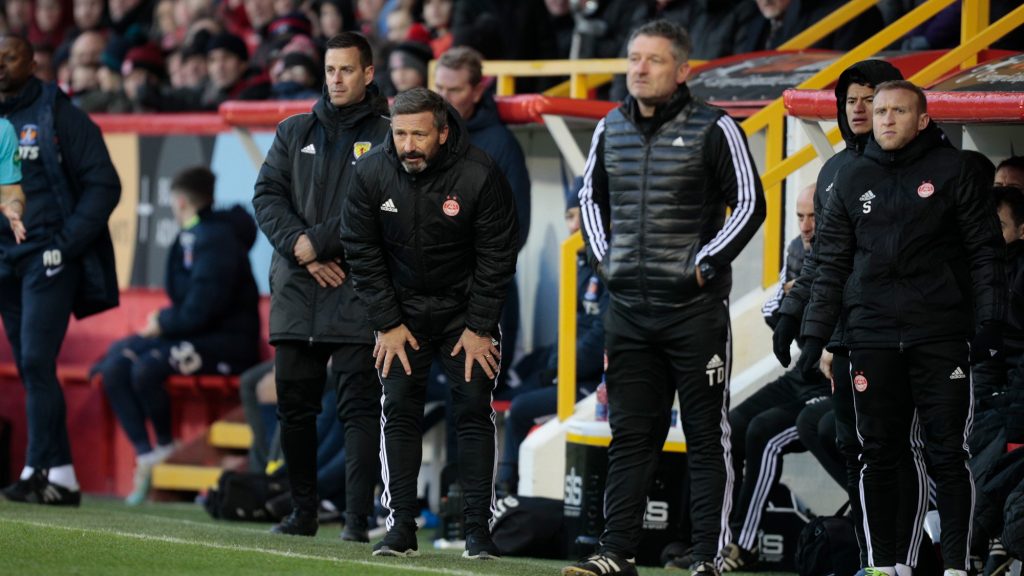 “I totally understand it (the boos).

“I can talk about the merits of my team today, we were the far better team, we controlled proceedings, bossed the game but up until a point, we don’t score a goal.

“That is football and I get it.” 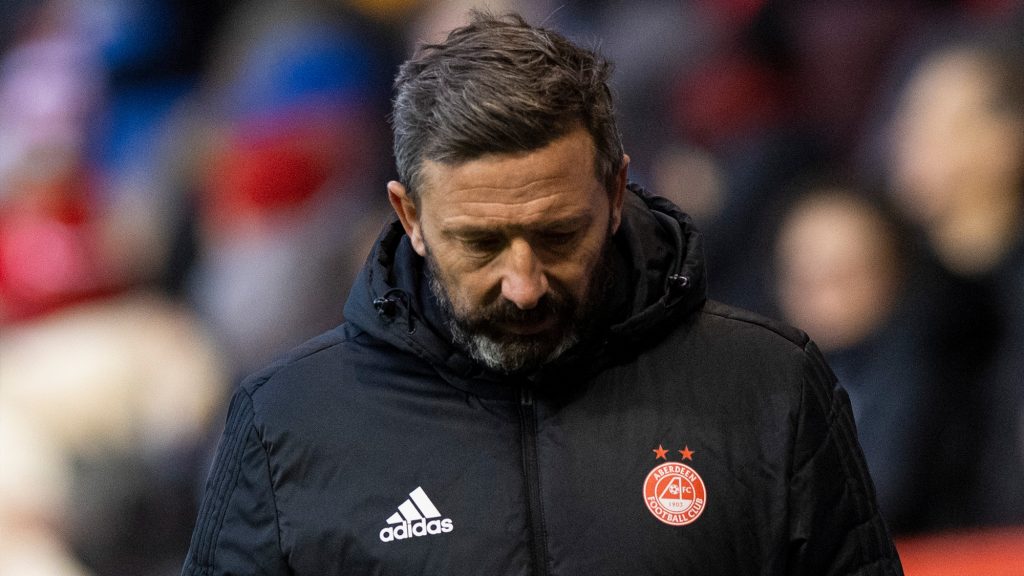