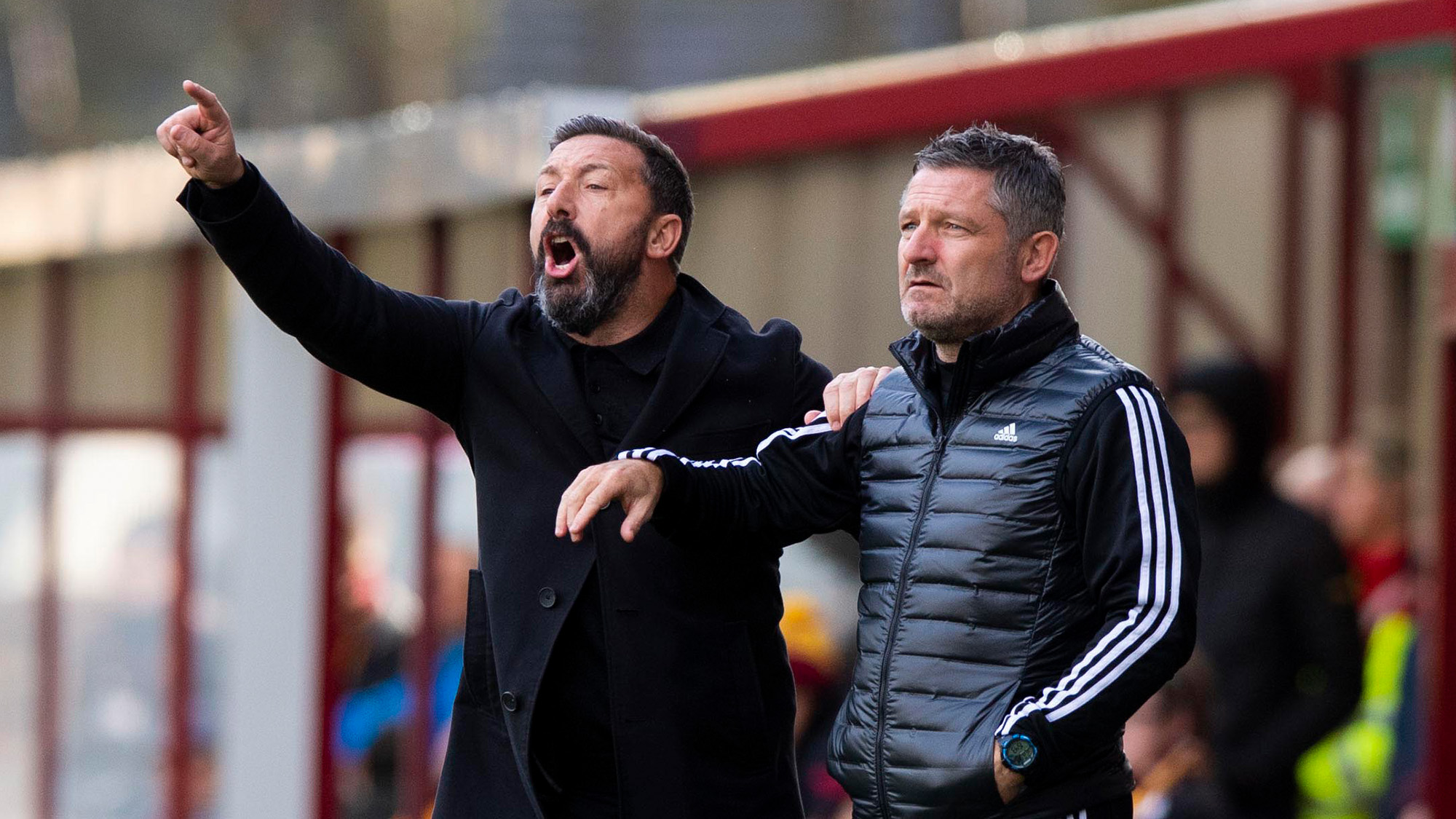 RedTV interview available on the red button, quotes from the post match media conference below:

“I am delighted with what they players gave us today.

“Clearly we have got some problems in terms of injuries and suspensions going into today’s match, a real shortage of natural midfielders but I thought for all of the difficulties and the challenges going into the game, coming up against a team who are in good form – Stephen (Robinson) has got them going well – from going ahead, I thought that we were very good in the game.

“I feel that the performance levels were really good to win the game but it is good we have managed to do it with the challenges we have got at the moment.

“The game just came too quick for Bryson, Ferguson was suspended, Gleeson is working his way back, he has been out a long time.

“Ojo is not back until January, Scott Wright is out for the season.

“That area of the pitch, one that we thought we were well enough equipped, has been an issue for us but we have worked all week with Leigh and Vyner in there and I feel that naturally Zak can play that role, I think that is where he is going to end up playing his best football in his career.

“Greg really took to it and I thought the two of them were really instrumental in the performance.

“Greg gets an assist; Zak gets a goal but I thought their performance was fantastic and it gave us a good platform.”

“We had to do it the difficult way.

“Joe pulls off a great save.

“It is not a penalty.

“I have watched it back, I don’t see a touch, Joe is adamant that there is no touch. I don’t think that it is a penalty kick.

“Thankfully Joe has made a brilliant save.

“You have got a keeper doing that at that end after five minutes and then Sam finishing with the confidence. 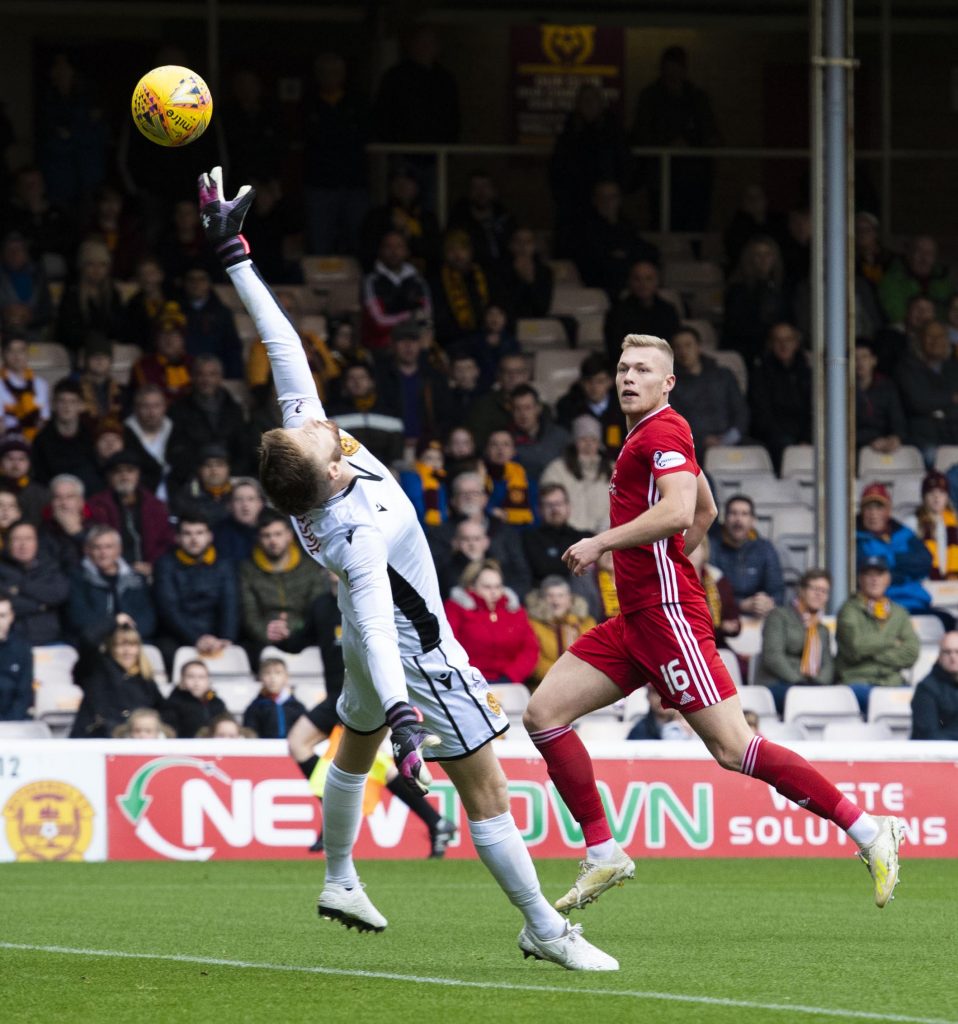 “It probably suggests where Sam’s game is at the minute.

“He looks at times as he if he is unplayable.

“He really imposed himself on the centre backs, I felt that he did that last time out against Hibs, he is in a good place at the minute.

“His link play, his running power, his quality of his finishing, his heading ability; he gives you a bit of everything.

“We are delighted with the progress that he is making. When you have got someone like him in your team, despite our difficulties, you always feel like you are going to get something from the game.

“Sam has done the last thing you would expect at that time (his finish for the goal), having the confidence to do that.

“I said to him that when he first came to the club, he would have put that over the stand. He would have probably not even have got there because he probably didn’t have the confidence and the power to go and show himself the way he is.

“People can take credit for him, for his progression but it is Sam, he has done it.

“His ability is getting better and his confidence is clearly making him the player that he is.

“The number 9 thrives on that confidence. I have played with number 9’s where you have heard them as soon as they walked into the stadium at training, they strolled about, that’s him right now.

“He is walking about as if he can’t do no wrong.

“His goal epitomised that and long may it continue because we have been so dependent on his goals but it was good that he was ably supported by the others today. McGinn chipping in, a goal from midfield from Zak.

“We need everyone playing their part because we were too dependent on Sam last year.

“He is carrying that mantle of being Aberdeen’s no.9 at the moment and that is not an easy thing to deal with, coming from where he has come from, but he has dealing with it absolutely brilliantly at the minute.

“The other strikers in the league all have their qualities. Morelos is worth £15m, Edouard was signed for £10m and we signed Sam for £25,000.

“That’s the difference. We have taken that punt on him. He is certainly worth a lot more than that now.

“I don’t know if his goal ratio can be bettered across the leagues.

“He has been absolutely fantastic.

“We wont’ big him up too much as we want to get through January and keep him here!

“We are lucky we have got him.

“We are lucky that we have a boy who is really hell bent on enjoying being a full-time professional footballer and feeling loved and feeling important.”

“I have been a manager now for 12 years.

“There are times when management is easy, when you pick the same team, on you go again and your just ticking them over Monday to Friday.

“There are other times when you need to dig deep and work hard with your players and what you have got available.

“If it was that easy, everybody would be doing it.

“It has been a challenging couple of weeks for us, since the Rangers game but the response going down to 10 men, getting the equaliser against Hibs and carrying that onto today does the team no harm at all with the confidence and it gives a bit of belief back into the supporters.

“I think it’s too early to make any assessment on any team at the minute.

“Prior to today, we are only eight league games into the season.

“The league doesn’t settle down until the turn of the year and you have got an idea of where you are.

“We will be good this year.

“I am confident that the squad we put together, if we can get them fit and on the pitch, will meet the demands of what is expected of us.” 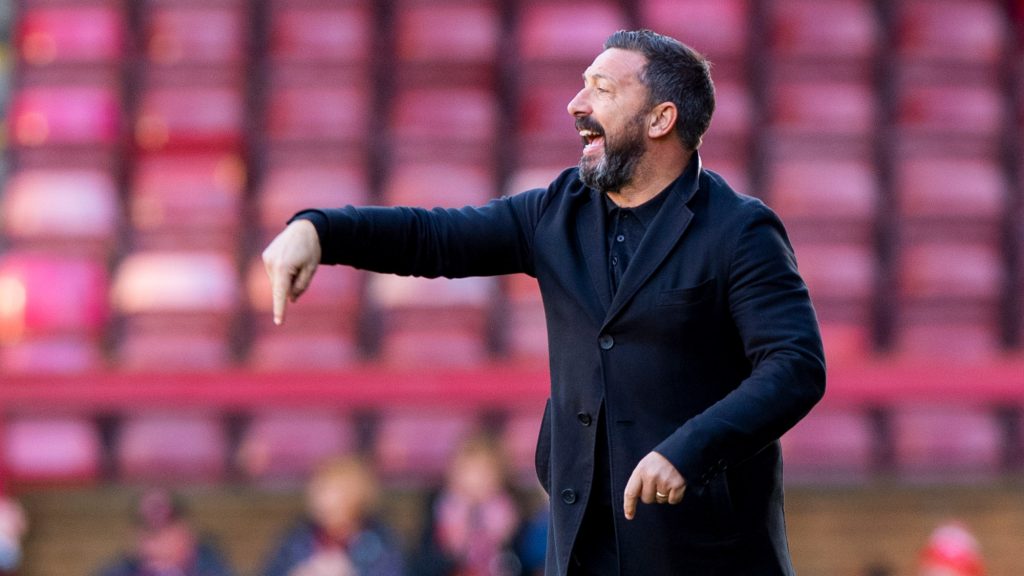