“I think we have been very harshly treated.” 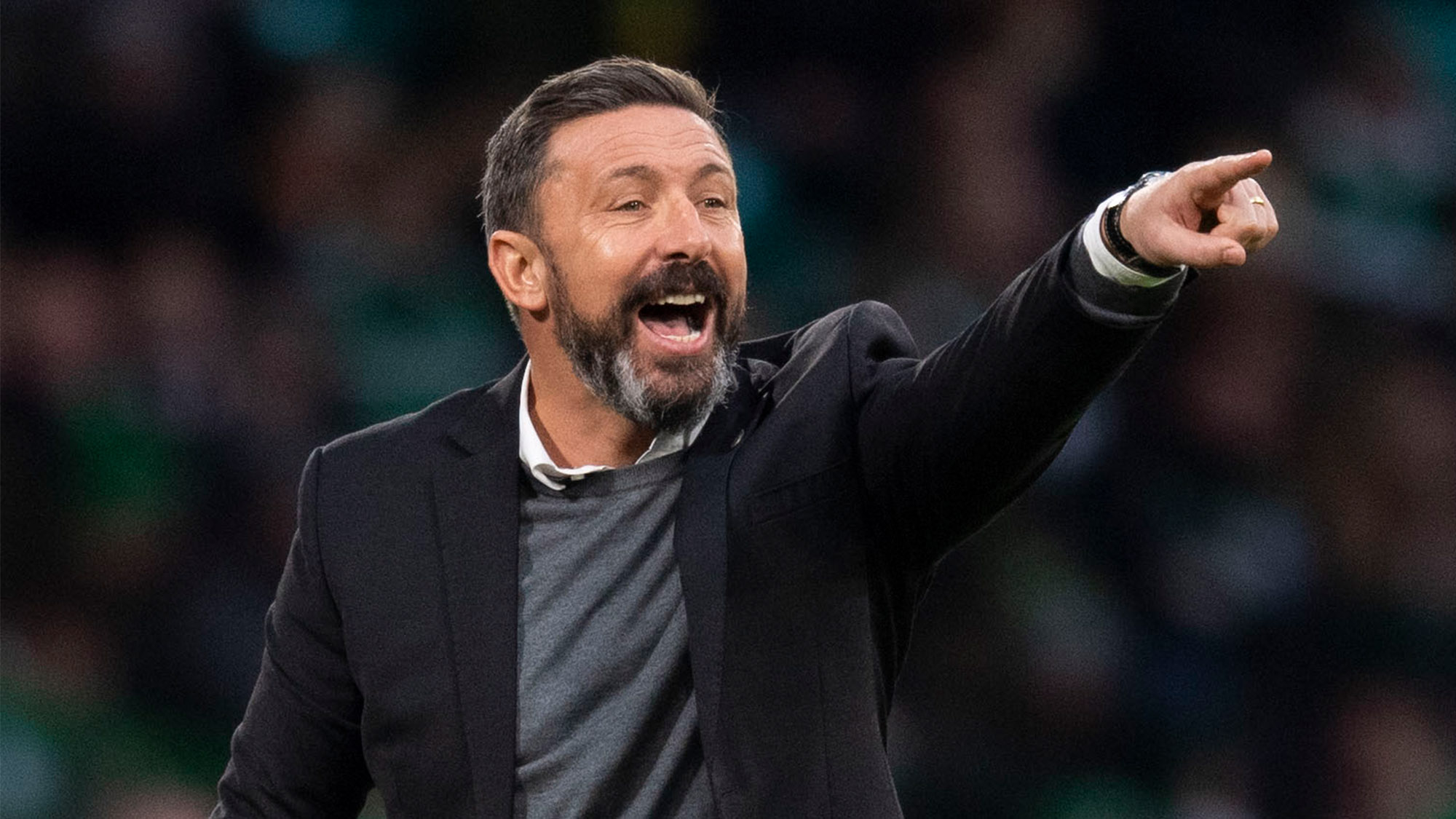 Quotes from the post match media conference at Celtic Park are below. His one to one redtv interview is available on the red button.

“I thought it was a very gutsy performance.

“I thought we were fully committed and always in the game.”

“Clearly you are up against a team who are full of confidence at the moment and they can attack you from all areas of the pitch and ask the question of you. When Celtic are in full flight, like they were at times in the first half, you have got to defend in numbers and defend properly.

“And I thought when they came down the middle or the right hand side I thought we were very secure. I thought we looked ok. Their left hand side was causing us an issue – an combination of Forrest and Bolingoli. That was my biggest concern.

“I do not expect to lose the sort of goal we did in the first half with the size of my team.

“Julien is a huge unit and you can understand why he is threat. If he does you by a couple of inches and gets a header in then fair enough, but to score at waist height with his left foot when it takes an eternity to go in; you are disappointed with that type of goal.

“We spoke about the resilience of the team if you lose a goal which can happen when you come here. You have to then make sure you do not lose another quickly. You have to stay strong and show that resilience – and I thought we did that.

“I think the players deserve credit for that.

“We tried to play McGinn in and around Cosgrove the whole game, up until when Niall came off injured. Niall and Sam combined very well for the equaliser and McGinn puts a lovely shape on the cross. Sam sees it the full way and produces a lovely header.

“I did not think Joe has too much to do in the first half despite the pressure. You understand that. So we were pretty pleased with ourselves at half time. We just wanted to get the detail right, especially down the left hand side.” 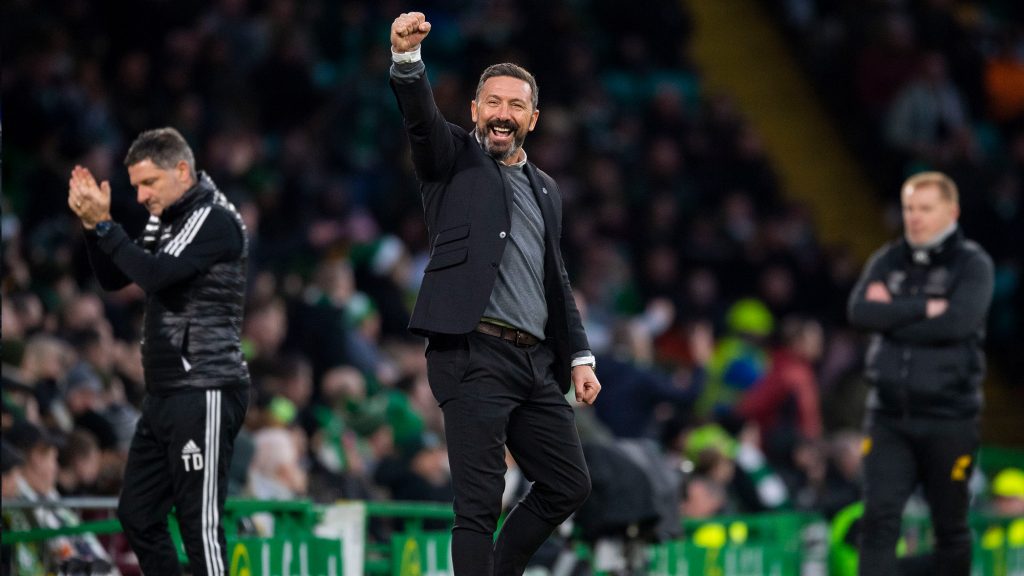 “At 1-1, we spoke to the players at half time about it becoming at 45 minute game. If someone had said prior to the game that you would play Celtic for forty five minutes with the game level then you would have taken that.

“We thought the longer it stayed 1-1 then it would get into the mindset of the players that we can go and win this game, never mind just take a point.

“We have been done with the second goal. I think any manager will look at the deficiencies of his own team when you lose a goal, but it is a lovely weighted pass from Christie and a lovely touch from Edouard. Sometimes that quality can do you. I think we maybe just got attracted to Ajer. Ferguson comes out and maybe Shay can get round on the outside of Ash Taylor but you still have to applaud the finish. He is a special player Edouard and Christie is a very good player as well. Sometimes that quality shows.

“I thought we were very good in the game still after that. I still felt we would get opportunities, none more so than just prior to the sending off when Gallagher has run through hoping to get something from that situation.”

“And then the games runs away from us after what I thought was a poor decision.

“I spoke to the referee and I thought he had a good game. He thinks that Sam has caught the player with his leg, but I have seen it again and he has not.

“People have put the question to me (broadcast media) that it was the same as Porteous last night. It is nothing like the Porteous tackle. Porteous clearly makes contact with the player last night. I have watched it 20 times now, Cosgrove has won the ball cleanly.

“If he goes in at speed and hits the player at any point then you can understand the referee sending him off. When you go in at speed like that you have to make sure you get the ball and 100% it is a brilliant tackle.

“He maybe does not need to go in as quick as he does, but he has won the ball cleanly.

“If Sam Cosgrove hits Ajer going at that speed, Ajer is hurt. And the boy is clearly not hurt. It is a brilliant tackle.

“Neil Lennon after the game – and it is easy for a winning manager to say this – but he said that no way was it a red card. He thinks we have been harshly treated there.

“I think we have been very harshly treated.

“VAR could have helped out, but you still need the referee to make the right decision.

“Celtic were 2-1 up, they are a strong team, they are going well, so there is nothing to say that it changes the course of the result, but it certainly gives you a better chance if Cosgrove stays on the pitch.” 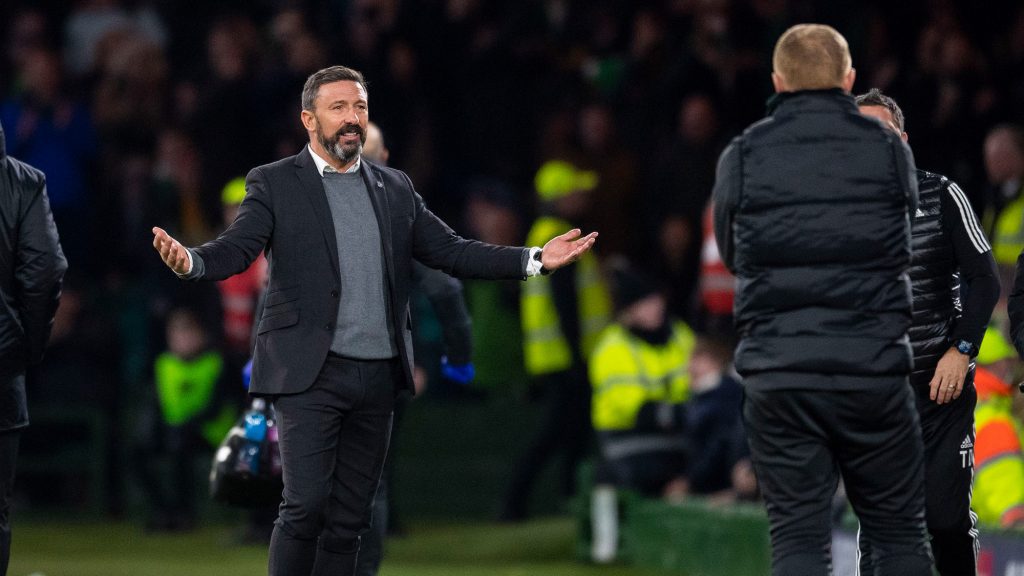 “I had to put Main on because we needed a presence up there.

“We had spoke at half time, me and my staff, if it stayed 1-1, with about with 15 minutes to go, we would try and make another positive sub. I know that Celtic have had a lot of games of late and Wednesday night might have taken a bit more out of them, and I did think that might be a factor. We being the fresher team, we might just have been able to capitalise on that.

“What we did do was try and get three supporting players with Zak in front of the back four. So Gallagher, McLennan and Ferguson were trying to get in touch with Main, believing we would get another opportunity.

“We did give them a couple of scary moments late on.”

“Last time we played Celtic we were so poor in the game and all aspects of it, especially in the first half. I think today we can look people in the eye.

“It was competitive performance from my team.

“I thought McKenna was outstanding.

“There were a lot of good centre half’s out on that pitch but McKenna was very good today. Everyone expects so much from Scott these days and they are quickly onto him to pick on little mistakes.

“If you actually watch his performance, he was absolutely immense, up against a good player.” 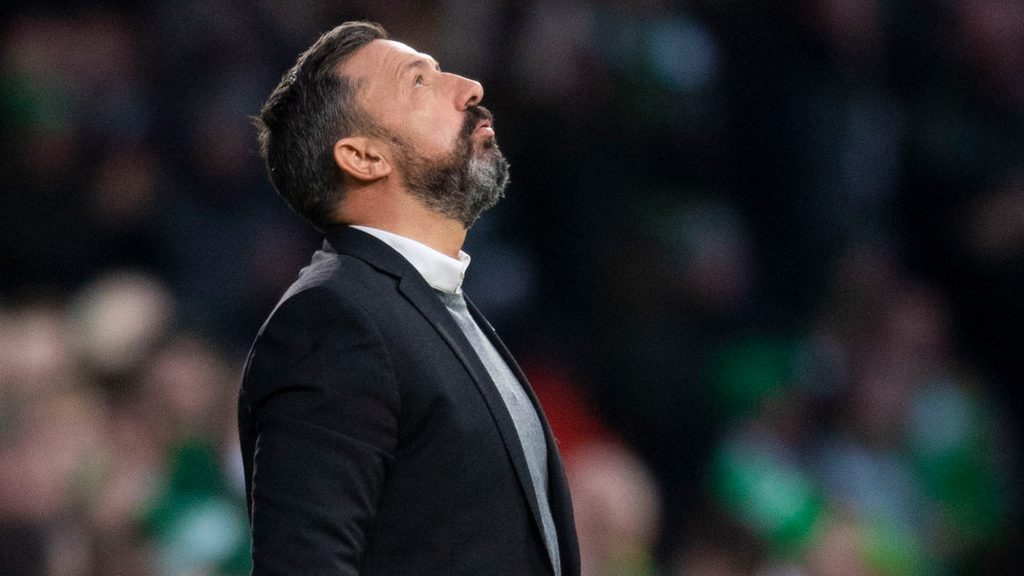