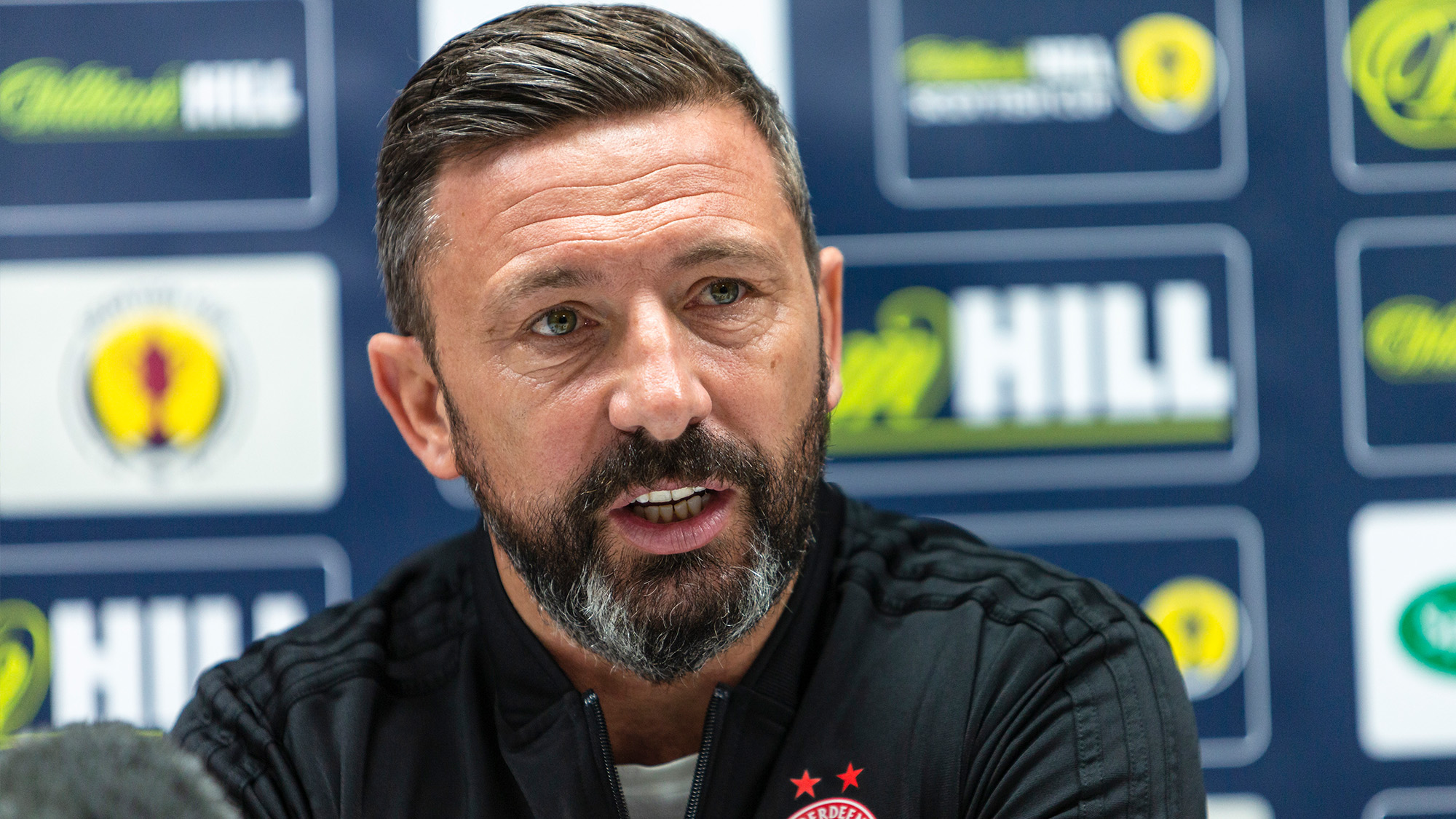 “What’s in my mind is just to try win a cup for ourselves.

“It’s always the intention at our club to try win at least one trophy every season.

“We’ve hit the post a few times after having put ourselves forward enough times over the last wee while and now we’ve got the opportunity to try put the club in another final.

“The intention was to win it when we set out in the competition and we’ve had some tough challenges to get to where we are and there’s another tough challenge on Sunday.

“There’s only four teams that can win it now and we want to make sure we put our best foot forward on Sunday and get ourselves into another final.”

Experience of playing at Hampden and getting closer to Celtic

“I’ve always felt confident going into these types of games.

“Other than Celtic nobody’s been to Hampden more than us over the last few years so we’re familiar with the build-up, surroundings and come Sunday I think that familiarity helps. Certainly, the last few games against Celtic in Glasgow there’s not been a lot in it and we’ve always been in the game.

“We’ve been very close to winning these matches, but ultimately we’ve only had that one victory. We feel there’s been enough in all three games recently in Glasgow that we can go into the game with plenty of confidence.” 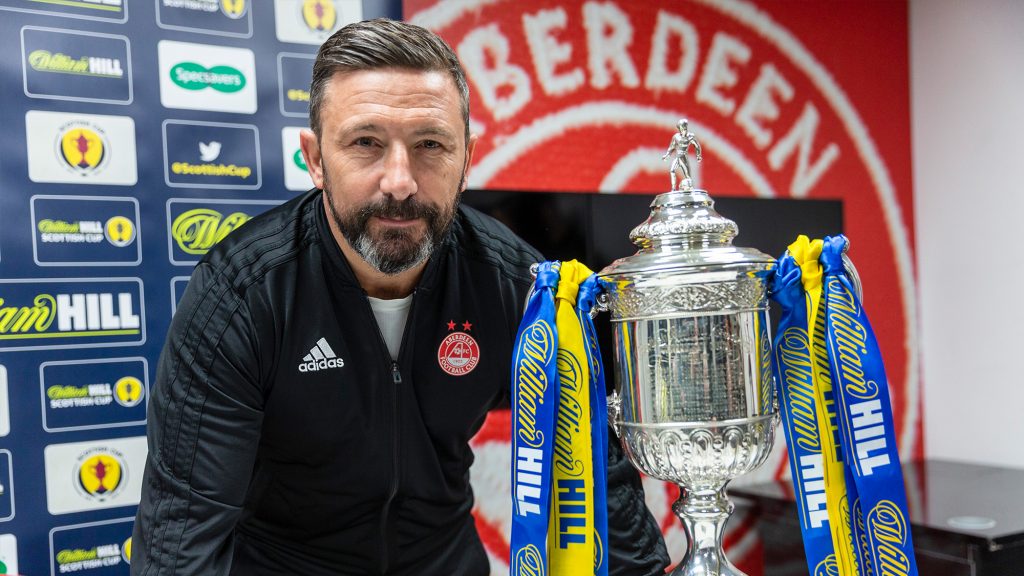 Youth in the squad

“I’ve put together three or four different squads in my time here and this squad has been a younger squad this season.

“What they have done is shown great temperament in the bigger fixtures and have dealt with the expectation as well as the game. McLennan, McKenna, Ferguson; these types of boys have became permanent fixtures and mainstays in my team and what they have shown in these games like Sunday is just learning not to be fazed and to just get on with it.

“It’s great that you can rely on a younger team like that and I think sometimes younger players just go out and play the game rather than the occasion which certainly this season has been a real benefit to us.

“What’s clear in the Celtic squad is they have fantastic players who can win a game on their own.

“They’ve been a very driven and experienced squad over the few years and it’s been put together for a while.

“They’ve been used to winning things.

“Every manager’s different and I need to say that Neil’s came in and it’s a tough job. They’ve been very fortunate that Neil was available and he probably sees it as an opportunity for himself.

“I think what you see is not a change in styles, maybe just more the personalities.

“Brendan’s (Rodgers) side was maybe a bit more patient and deliberate with their work and Neil’s like to let you know that they’re in your face a bit more and ask the question. Both have the same traits of trying to win the game and both have been very successful Celtic managers. What I would say is, Neil knows the club inside out and although he’s come out and said this is Brendan’s team, he’ll be desperate to try and see the job through.

“He’s on a hiding to nothing because if he doesn’t win the cup then it’ll be seen as a failure.

“The same wouldn’t have been said of Brendan if he didn’t win the cup so it’s tough for them. That’s for them to worry about and for me it’s just about trying to beat Celtic. Sometimes I think the managers part in it can be overplayed and it’s my eleven against his eleven. They have the bigger squad and have spent a huge amount of money putting that squad together, but they can only play eleven and we’ll have eleven ready to do our bit on Sunday.”

Playing Celtic at this stage

“When the draw was made we still had Rangers at Ibrox to deal with so everybody would have seen we were a long way from winning a trophy then, but we overcame that hurdle.

“It was a big step for us as a team to go win that game and I think there’s a body of evidence this season that we can deal with these types of games and hopefully that can play out on Sunday.

“We’re certainly looking forward to it.

“I like the familiarity of it all and like the fact that we just deal with the big game. It’s still exciting and we all at Aberdeen need to remind ourselves that this is exciting for the supporters, exciting for my players and staff and we’re just looking forward to the game. We just want to put our best foot forward and put the best performance that we’re capable of and know we can deliver a winning performance.” 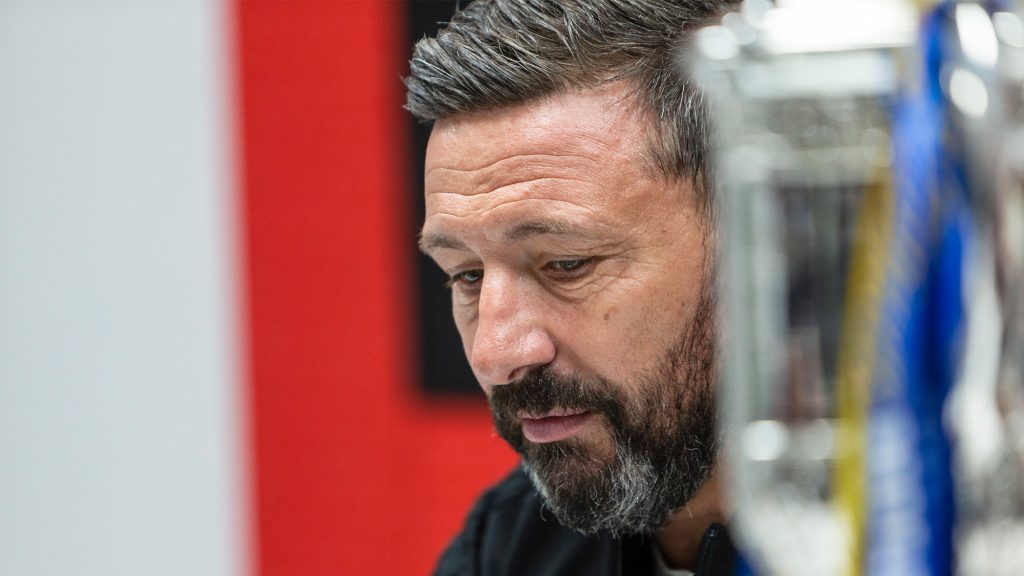 “I feel he’s a key player and we’ve been without Logan and Mackay-Steven of late so we’ve had to deal with missing key players for a while.

“We can still win big games and it’s well documented how I feel about Shinnie, but we’ve known for a while now that he’s going to miss this game so we can’t be too hung up on that.

“We need to make sure that the eleven that is starting are ready to be at their best. Hopefully after the game we’re not being asked about missing Shinnie on Sunday and that it’s once again about my younger players stepping up for the team and showing their motivation to be successful.”

Role of Graeme on the day

“He’ll travel with the team to the hotel and be part of the preparation and in the dressing room before the game. He’s a respected member of the squad so he’s eager to be there and we’re eager to have him.

“His influence will need to be before and after the game really, but certainly on the pitch we’ve got enough good players and enough players with the right mentality to deal with the game.” 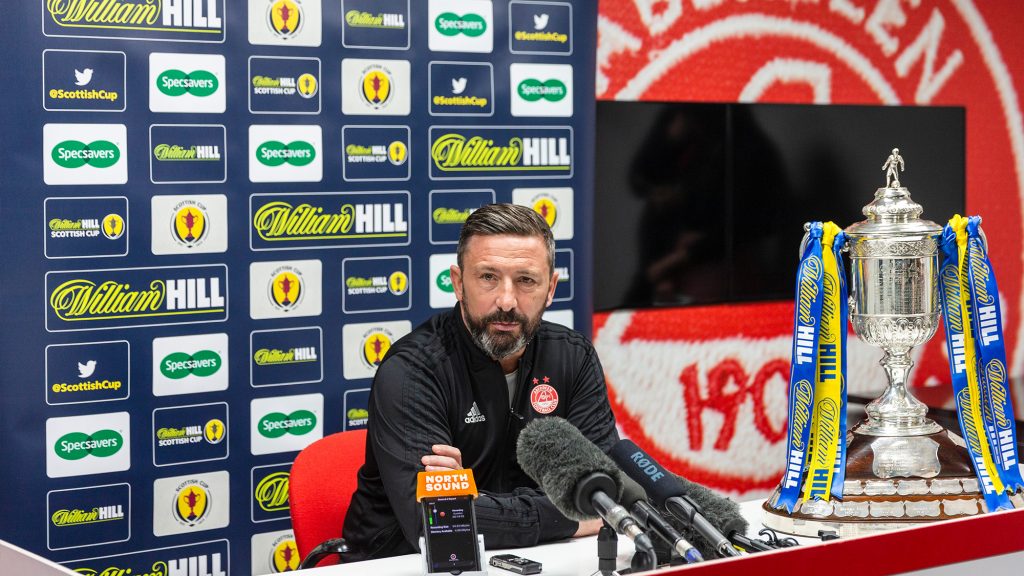 “I can shout from the rooftops about the merits of having Sam in the team even when he doesn’t score, but when he does score clearly it’s important for any striker.

“I take real pleasure in the fact that Sam has reached that milestone of 20 goals. It’s difficult for strikers to reach that tally and it seemed to be their figure to get to.

“Rooney came in and done it time and time again and a team like Aberdeen, I feel should have a striker that can reach that level.

“He has still got a lot to do but he’s still young and still in his first full season as a senior player and the fact he can reach that figure with plenty games to go suggests that he’s more than the player a lot of people thought he was. He has proved a lot of people wrong and he’s proved me right and that gives me real pleasure that there’s more to come from him.”

“Brendan Rodgers’ team had a bit of that in them as well with the Rogic goal in injury time against us. I think it’s probably a trait of a team that’s used to winning rather than just generalising to Neil’s Celtic team.

“When you’re playing against so many good players that can change the game in an instant, you’ve got to be fully concentrated until the final whistle. We’ll have players on the pitch that can give them something to think about and like any game it’s just about getting the balance right between attacking and defending. Recently against Celtic we’ve managed to get that right and given ourselves a chance.

“There’s been a couple of wee knocks. Greg Stewart picked up a knock on Saturday, but he’s fine. Connor McLennan landed on his shoulder, but he’ll be fine and Dean Campbell, who missed the game on Saturday, took a knock against Motherwell and he’ll hopefully be in full training tomorrow. Shinnie’s suspended with Shay and Gary are out.”

Starting the game on the front foot

“I always feel in these types of games it’s important we show the confidence and let the opposition know we’re in their face and we’re not here to just make the fixture up.

“An Aberdeen team should always be hardworking and motivated but should certainly have the confidence and ability to play.

“Hopefully that can be the case.

“If we can strike first and get ourselves in front then, and only then, would it maybe put some sort of pressure on the Celtic team about having that failure not to deliver the treble treble because there will be huge expectations on their team to deliver.

“While they’re favourites to do it, we’ve got to have them thinking it may not be the case.”

Role of the supporters

“We went to the League Cup semi-final against Rangers and were outnumbered, but they let us know they were there and got behind us at crucial moments.

“I’m sure we’ll hear them again on Sunday and hopefully we’ll hear them at the end of the game celebrating because it’s a great feeling to go to Glasgow and win when nobody else is expecting it.

“The pressure and expectation from ourselves is there and we want to make sure that every supporter going is rewarded for making that effort to be there.” 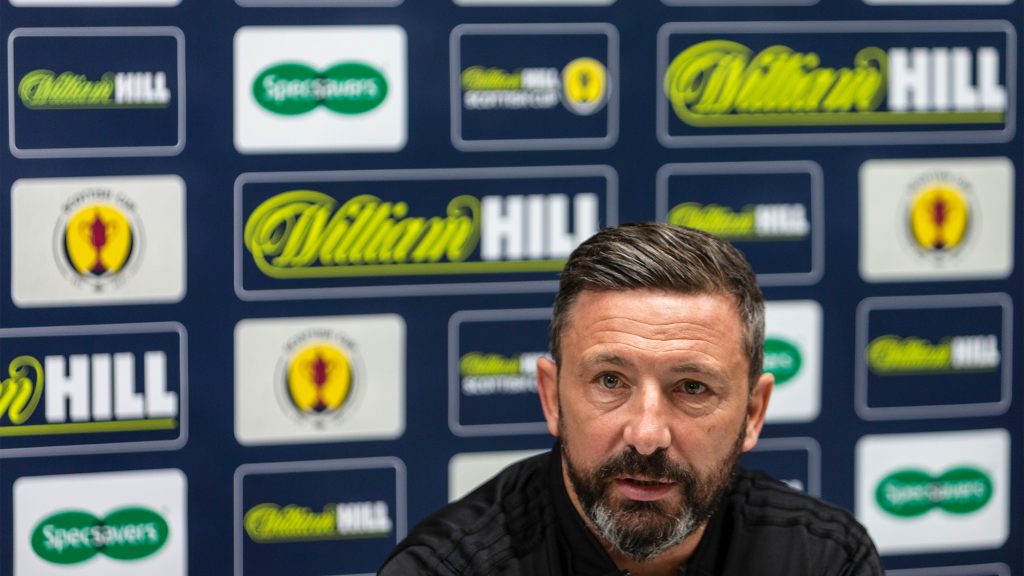