Reaction | The Manager at Tynecastle Park 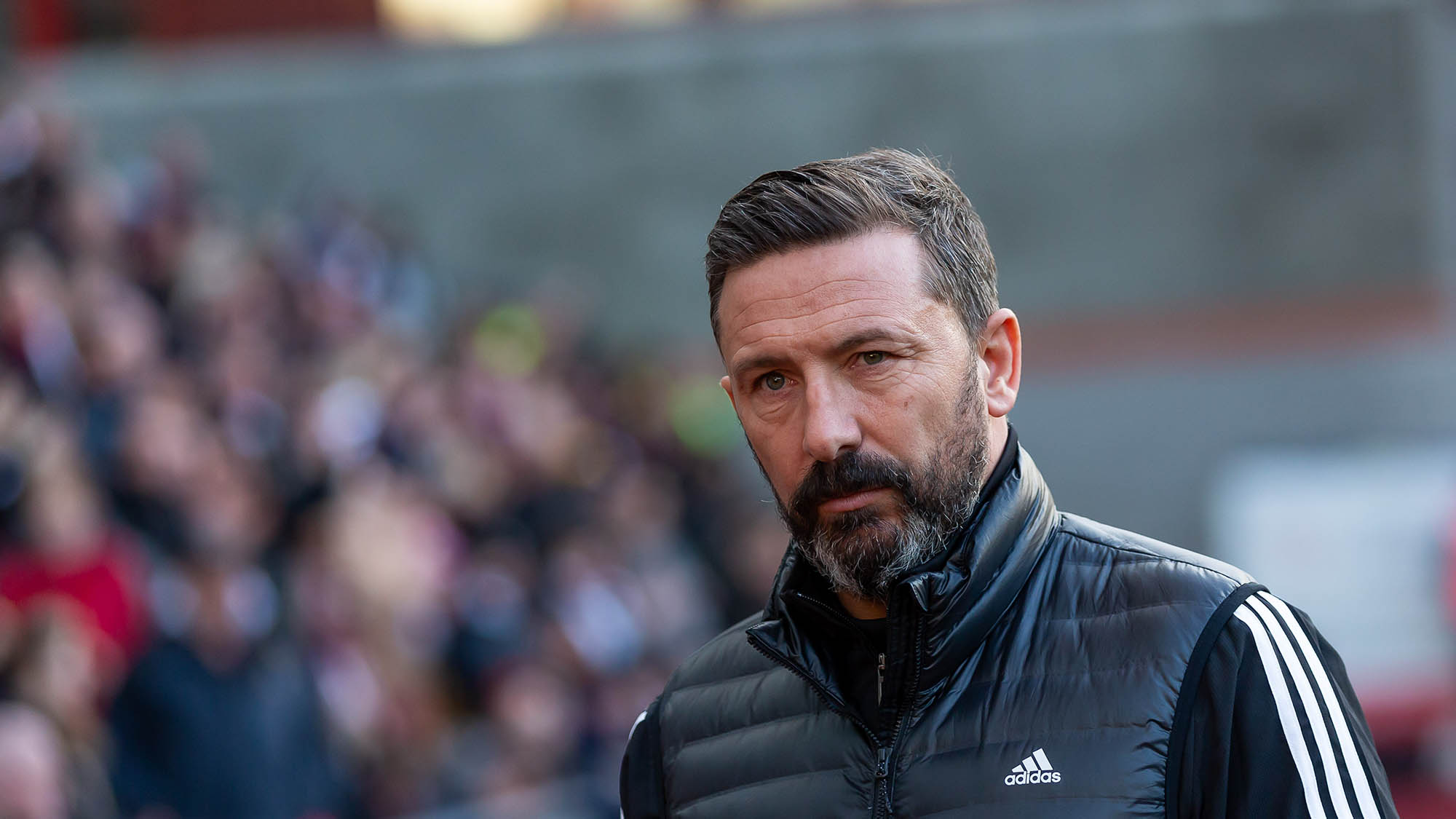 “On the balance of play I think that we deserve a point but no more than that.

“Looking back with the team selection, defensively we had a few issues, with Andy Considine and Greg Leigh being out we were devoid of a left back.

“I felt I needed to get two strikers on the pitch. I was keen to play young Bruce Anderson. I wanted to give him every chance to show himself.

“I put Curtis up there alongside him as he potentially could have been dominated on his own against two big centre backs.

“When you try and put two strikers together that has got to be really effective as there is a trade off elsewhere, you are a man down somewhere else. With Vyner going off it didn’t help matters.

“I thought Hearts were good in the first half. They controlled the middle of the park; they moved the ball well without really hurting us.

“I was desperate to get to half time to make one or two little changes.

“I thought we were better in the second half; Hearts didn’t have it all their own way but they did score a brilliant goal.

“I thought from then onwards that we were the better team in the second half and the initiative, once we got the goal and they went down to 10 men, was with us. 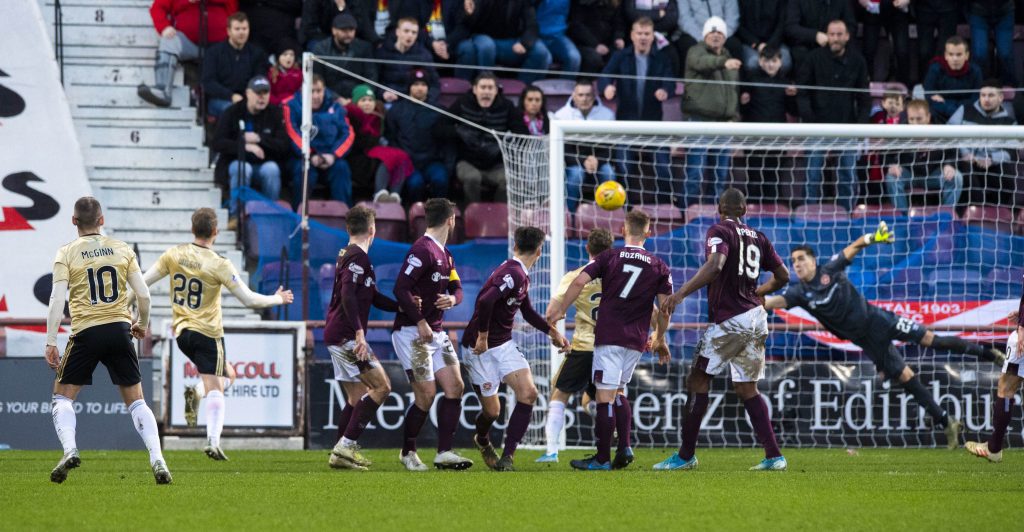 “Once they went down to 10 men, for the next ten minutes I thought we got ourselves into some good areas to get the second goal and Hearts were on the ropes a little bit.

“So, a combination of all of that is a 1-1 draw where both teams deserved a point, neither team deserved all three. We have come through two games without our top goal scorer, we picked up four points out of six.

“There is an honesty enough from us today that we have been nowhere near the level that I want us to be. We picked up a point, we will take it.

“The pitch was extremely difficult for both sets of players, you could see how cut up it is and saw how difficult it was moving the ball.

“I thought that Hearts to their credit moved it better than we did.

“Once we went back to our more natural shape of one striker and two wide men, I thought that we had more control in the game.

“I don’t think that we did enough to win the game, but we were not poor enough to lose the game either.” 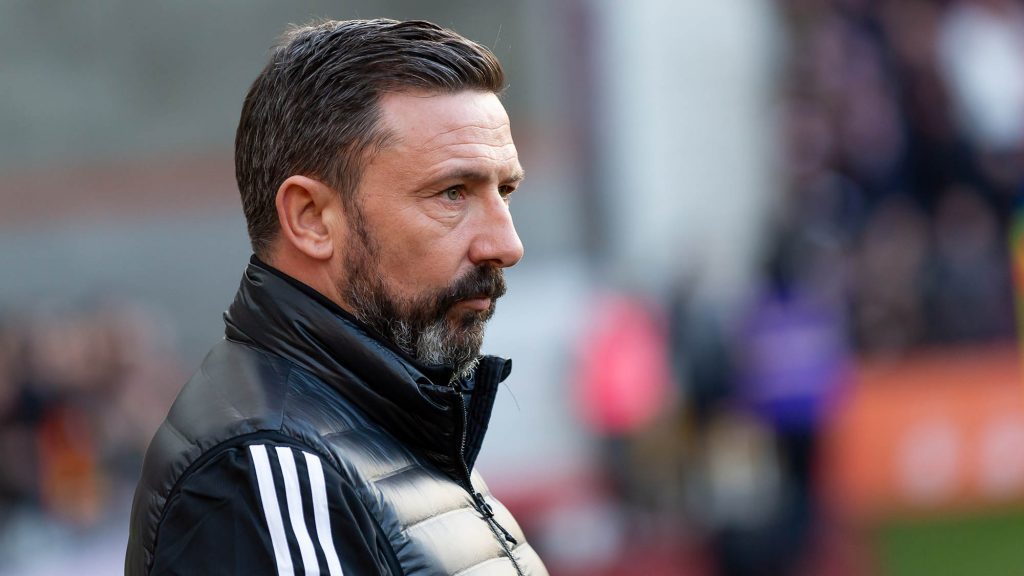 “We have got a lot of players who are so honest with their work. I picked two men up front today, that is my job, I am trying to be fair to both guys.

“I think today that we needed that extra man in midfield, more than two strikers.

“If you go with two strikers it has got to be really effective and it has got to work, you have got to make it work and we didn’t quite get the benefit of that.

“I have got to be fair on Bruce as well, it is tough playing up top away from home against two experienced centre backs and I wanted to give him every chance to flourish.

“Bruce is capable. He had one chance with his header, his movement was good in and around the box, you would back his movement in the box with most strikers in the league.

“There is still a lot with his development, with his back to play and stuff like that.

“You can clearly see the fans are right behind Bruce.” 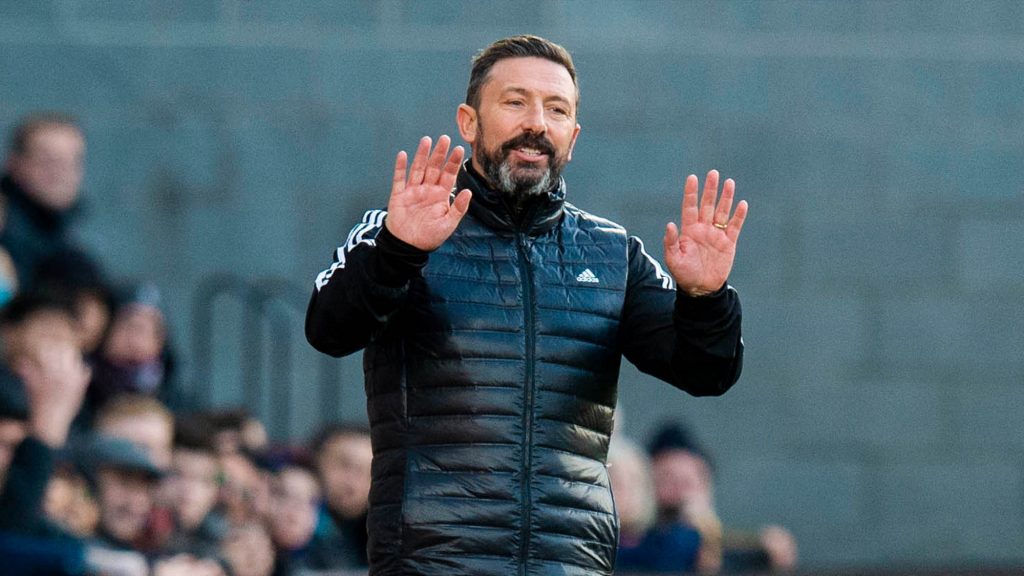 “The story of the game was the two moments of quality, one from Meshino and one from McGinn.

“Thankfully Niall has done that time and time again.

“When we were screaming out for that bit of quality and calmness and decision making, McGinn was there, as he usually is.

“Niall has struggled with an injury over the last few weeks.

“He played 90 minutes against Livingston when we only planned to play him for 60 minutes. He didn’t have 90 minutes in him today but thank god we had him to call upon.

“Niall has had a calf problem; it is a nerve problem that has affected his training. He passed his fitness test today, Considine failed his this morning.

“The physios said that Niall didn’t have 90 minutes in him. So, we thought his best role was playing from the bench today.” 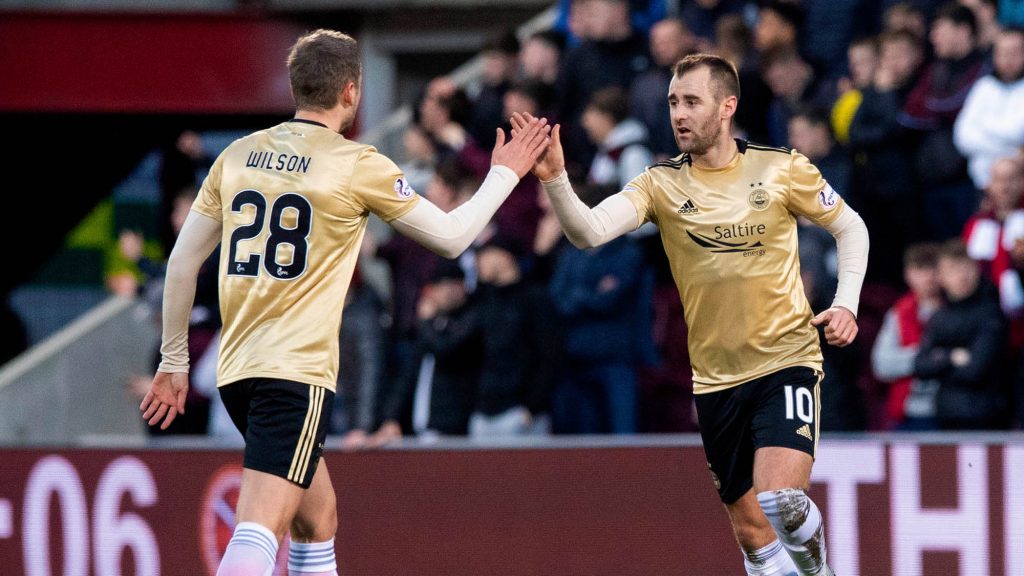 “Zak has done his shoulder for the second time and there is a concern there.

“Last time he was out for three weeks and the specialist said he didn’t need an operation.

“He will go and revisit the specialist and obviously between ourselves and Bristol City we will do what is best for Zak.

“There is a real risk that he would need the operation that was mentioned previously which would mean that he is out for the rest of the season.

“We are already without Greg Leigh for two months, Bryson will go into his operation over the next few days, we have been without some key players.

“If Zak does need the operation, hopefully we can do some smart work in January and get two or three additions in.” 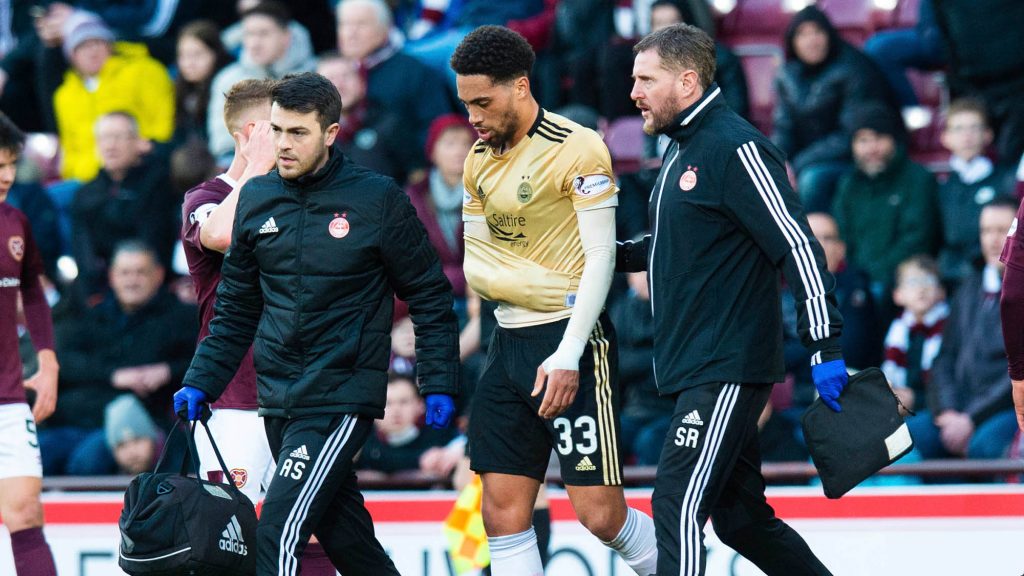