After signing his new deal yesterday, Joe was the player put up to speak to the press on Thursday 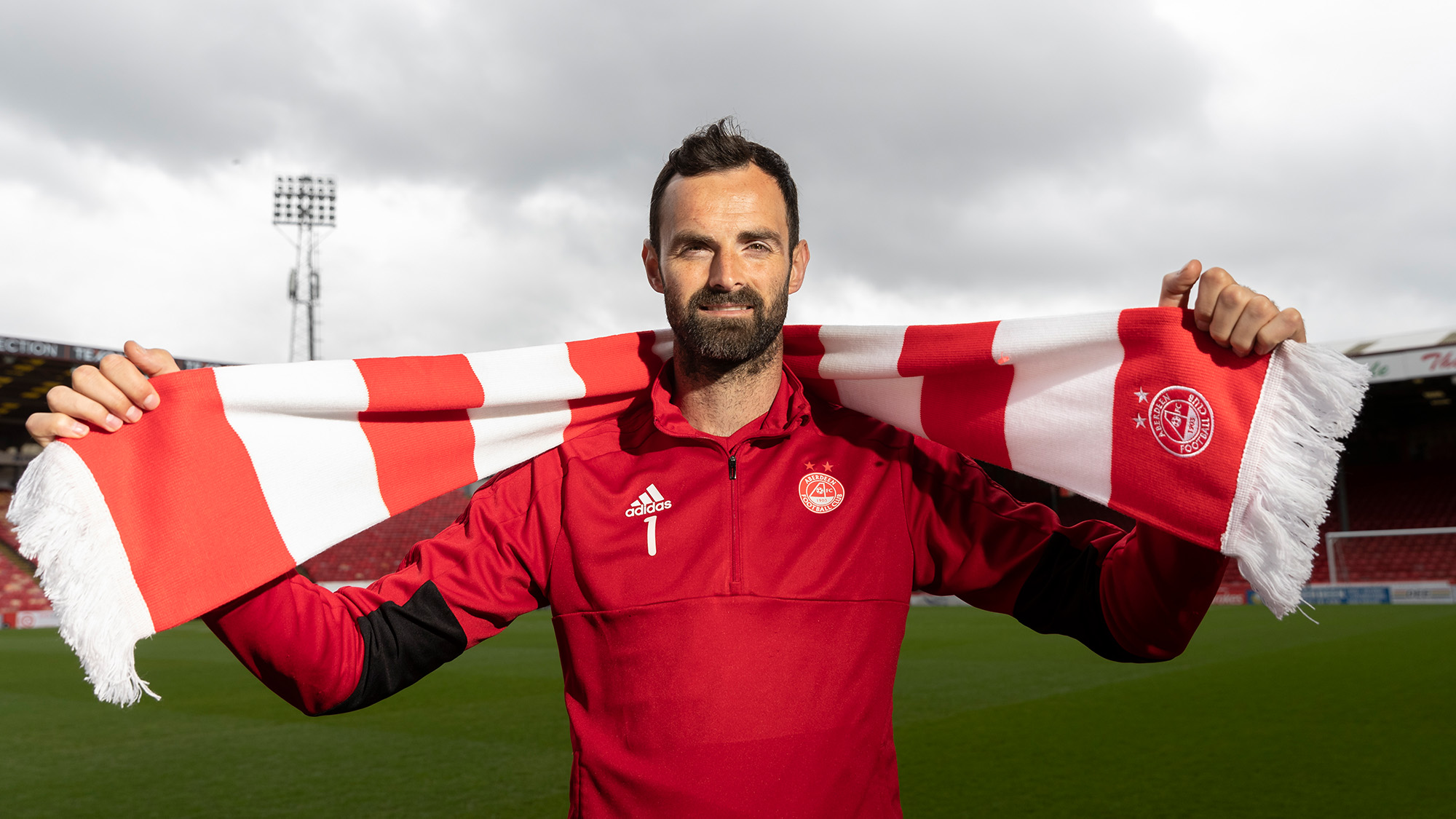 “Contract negotiations didn’t take particularly long and we spoke at the start of the season if I’d be interested in extending my stay and straight away I was definitely interested.

“The club’s had other contracts to worry about with players making their decisions on what they’re going to do. I still had a year left so I think they wanted to deal with those things first, but once we sat down and spoke about contracts it was a done in a couple of weeks.

“I’m delighted it’s that length of time as well. I feel like I’ve got plenty years left in me and even after this contract finishes I think goalkeepers can go on a bit longer and I feel like I’ll be in a decent shape to go a few years longer. I’m really happy to be at the club.”

Best is yet to come

“Hopefully I can keep improving. I feel like I’ve improved a lot since I’ve been here and due to the staff, Gordon Marshall and the manager they’ve given me that confidence to go out and play like I have been. I feel like there’s plenty of years to improve my game. I just want to keep doing that and these next five years will hopefully be the best years of my career.”
Willingness to stay up in the area

“Since I first came here I’ve really enjoyed it. The first day I was here it rained for three days and I was thinking “What have I done?”, but once I started playing and training with the lads and even after the first few games the fans took to me.

“It’s been enjoyable ever since. I’ve had plenty ups and downs as you would at any football club and I’m sure there will be more in the next few years going forward.

“My family’s happy here. It’s a great city to bring my little boy up in and all that combined made it a straightforward decision for me.

“Location wise I’ve been all over the place in Norwich, Cardiff, Blackpool and Fulham and now Aberdeen for three years. It’ll be eight by the time my contract’s finished and it wasn’t difficult to convince the family to do it.

“My wife’s happy and my little boy starts school in August so things like that do come into it.

“But it is mainly the football side of things as I’m not going to just sign a contract because my family’s happy. I want to win things and the clubs I’ve played for haven’t always been as stable as the one here is. You feel like everyone’s pulling in the right direction here and there’s definitely a lot to look forward to. That was in my thinking when deciding to sign that length of contract.” 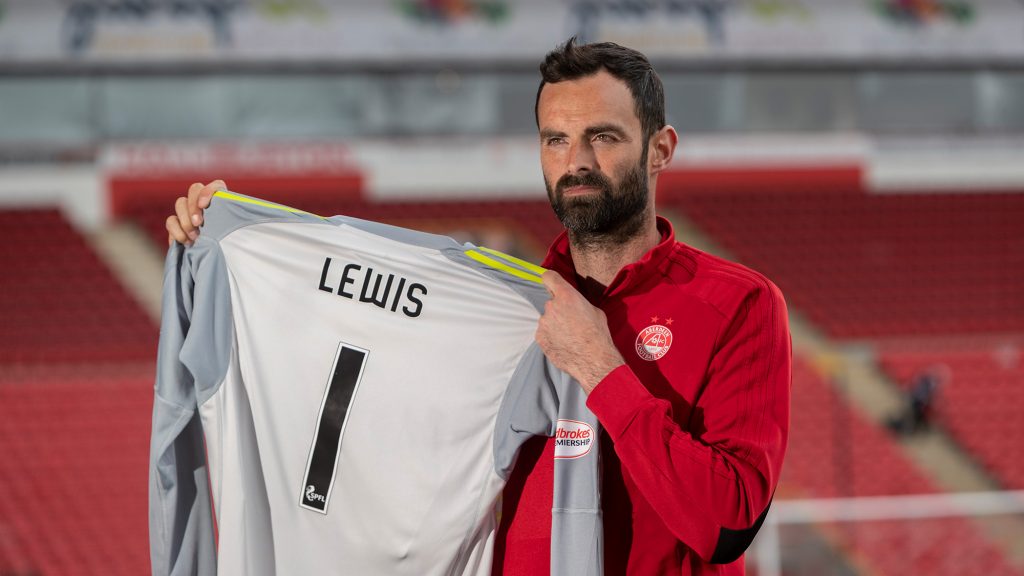 “In terms of silverware it’s something we definitely need to aim for.

“In my time we’ve fallen just short and it’s an aim of mine to get some trophies and some medals in my time here. There’s other things to look forward to with the training ground next season and then hopefully not too long after that the new stadium. It’s a great time to be apart of the football club and five years was pleasing for my point of view. Hopefully I can see all that come to fruition.

“We’ll go into the game looking to win the game. They can win the title here and I think it’s inevitable that they will win it at some stage, but if we can stop that happening here and get our three points to help our cause. It’s not necessarily to stop their cause, but we’ve got our own things to try and achieve this season. European football’s hugely important for the football club and we need to secure that as soon as possible. Three points on Saturday will go a long way towards that.

“It seems like there’s more every coupe of days at the moment – you get that in football sometimes.

“My first season here I think we had very few injuries at all and were very fortunate. This season it’s gone the other way and we’ve had more. That’s football and you have to get on with it and it’ll give other players the opportunity to show the manager what they’re about and try give themselves a god platform to show what they can do in the remaining games to be fresh in the manager’s mind for next season.

“We’re a bit thin on the ground so it’ll be a good opportunity for the lads that haven’t been playing to fill the gaps. Especially the young lads, two or three of them have been really good and have shown their worth. It’s another exciting part of it and it’s unfortunate the lads are injured, but it’s maybe a chance for others to show what they can do, others who haven’t had the chance to do so far.” 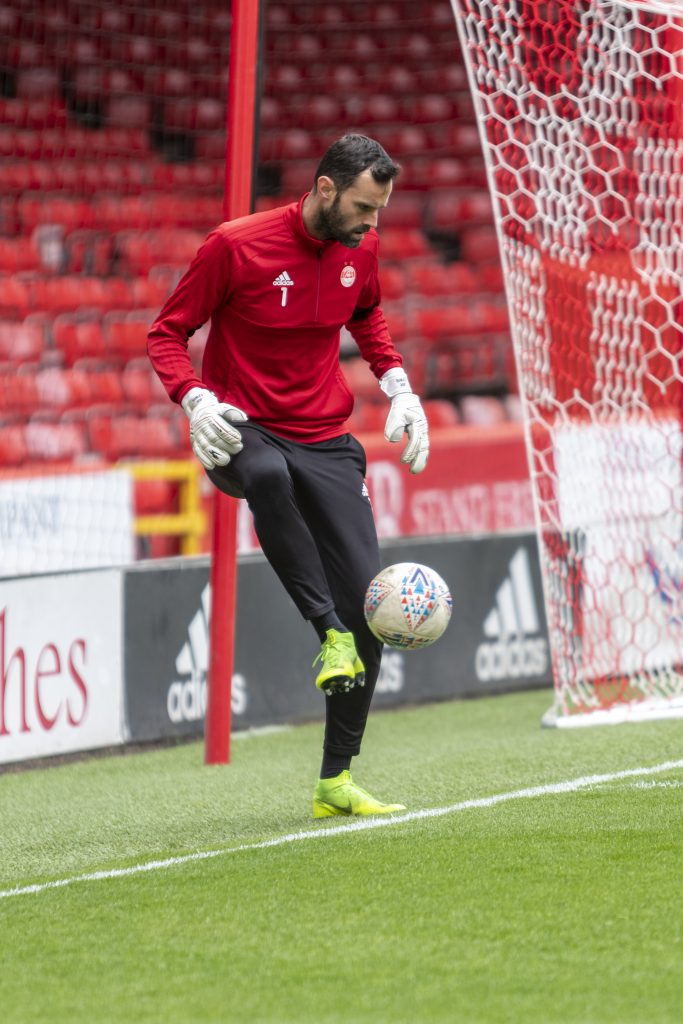 ABERDEEN, SCOTLAND – MAY 2 : Joe Lewis of Aberdeen FC signs a new 5 year contract with Aberdeen FC ahead of the SPFL fixture against Celtic.
(Photo by Ross Johnston/Newsline Media)