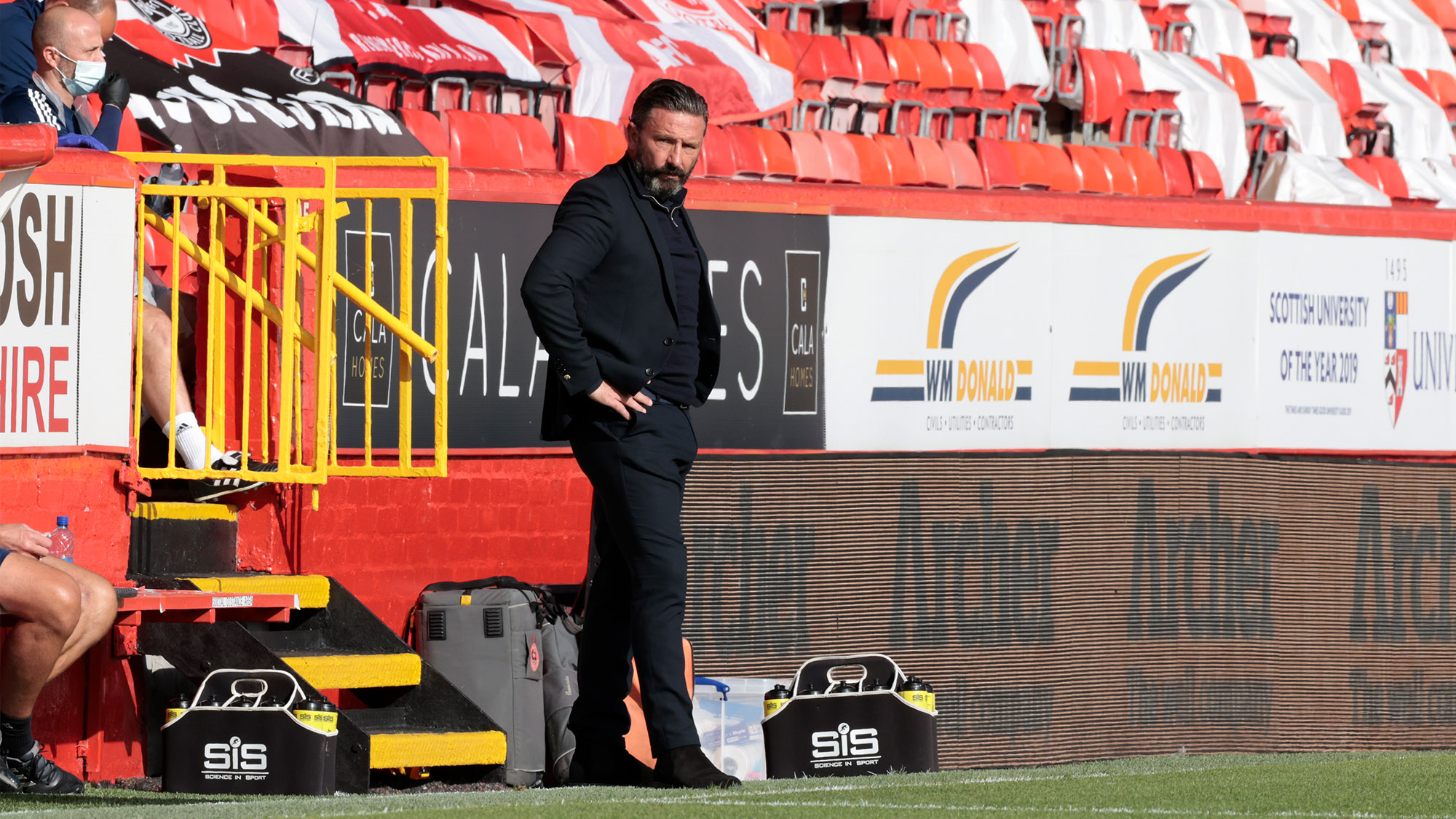 The Manager | quotes from his post match press conference below plus his RedTV interview is available on the red button.

“When we needed to defend, we didn’t defend well enough.

“I think we had lost two goals in seven games prior to today’s game then we lose three goals in a 20-minute period. It was uncharacteristic mistakes. Not winning that first header in the box is always an issue. Motherwell kept it alive and they get the penalty after the ball hit Marley’s hand. There wasn’t much that Marley could have done with it.

“The second goal was an uncharacteristic mistake from big Joe, Ash should have probably played it forward. I didn’t think we reacted well to losing the first goal.

“The third goal is offside, it is neither here nor there for the result, but it is offside, Long is blocking Joe’s view and backing into him. Joe would save that header if Long is not there. That made things a lot more difficult for us.

“We tried to make changes at half time. I thought for a 15/20-minute period where we played the game in the gear we needed to, when we didn’t get the goals the heads went down. The better players were in Motherwell shirts right throughout, they were a lot livelier.

“Jonny put a great ball into the box that was begging to be put in, Marley should score from his header that hits the post. The response was there in spells although it didn’t come in goals.

“All we demanded at half time was to go and win the second half. I thought the way we started the second half; we had a chance to do that and if we got an early goal you just never know. The goal didn’t come, and we almost lost a bit of heart.

“It was a poor afternoon from us.

“I thought Campbell plays the game to win points. He was everything that encapsulated Motherwell’s performance, he was first to support, he was back defending, we needed a few more Allan Campbell’s in our team today.

“We have been in a good run of form and today was a sore one and you are hoping that one or two of the boys who have been doing well spark into life in the second half. 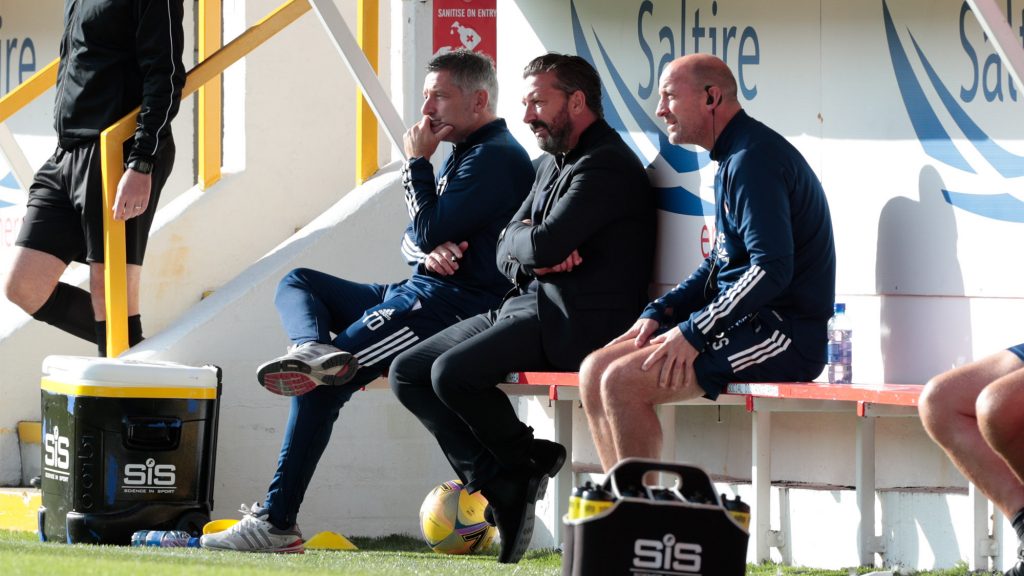 “I am not sure, but I think they are pretty close to a fee being agreed and Scott is on his way down south to try and get things concluded.

“Scott was always going to move at some point. He is a player who has got 16 caps and at 23 years of age is someone who is always going to improve. Not only is he a good player, he is a great boy and I have enjoyed working with him. It is always with a heavy heart when you lose good ones and he is another one in a long line who has moved on. He is deserving of an opportunity to push on and wherever he ends up, he will have a good career. He treats everything properly, he does everything right whether it is passing drills, recovery after a game, everything is 100%. We will miss that type of player and person and we could have done with him today.

“We made the succession plan with Hoban and McCrorie on the thought process that Scott would move on this summer. We were not encouraging bids, but we expected bids. You would need to have been living on Mars not to have seen how good he has been, he has been fantastic. His stats are right up there with anybody in our league. 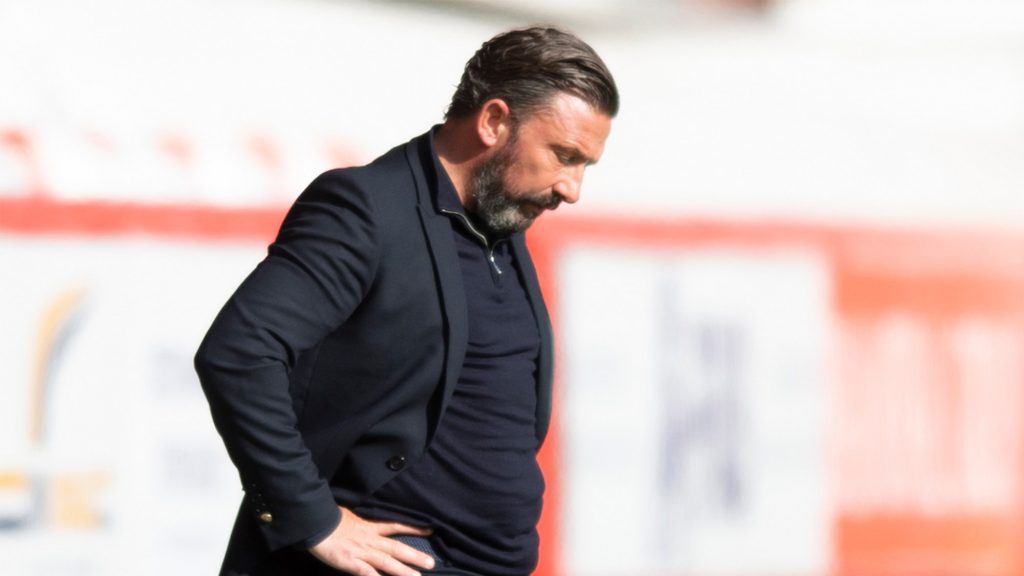 “We are expecting the game to be played. They have got a huge squad to choose from.

“We look forward to it.

Since the manager has come in they have stuck with the same system so we can probably second guess the system they are going to play but in terms of personal we will not have a clue in terms of the team they will put out. We won’t know until the team line comes in.

“Today is a reminder to us that we have to make so many better decisions and have a better approach to the game if we want to win it.

“A club like Sporting are not going to have bad players hanging about. They are going to have a level of player who are pushing the first team, the majority of their first team players will be involved. It might disrupt them but it doesn’t make it any less of a tougher opponent bearing in mind the size of their club.

“We have to trust the authorities, UEFA and the medical teams. No one is going to endanger other clubs and therefore putting us at risk and the rest of the country at risk. I think these sorts of decisions will be made for the right reasons. If the authorities think it is right and safe to play the game, then we play the game.

“He will miss the next couple of games. The likelihood for him, Mikey Devlin and Sam would be the week after the international break that they would return.” 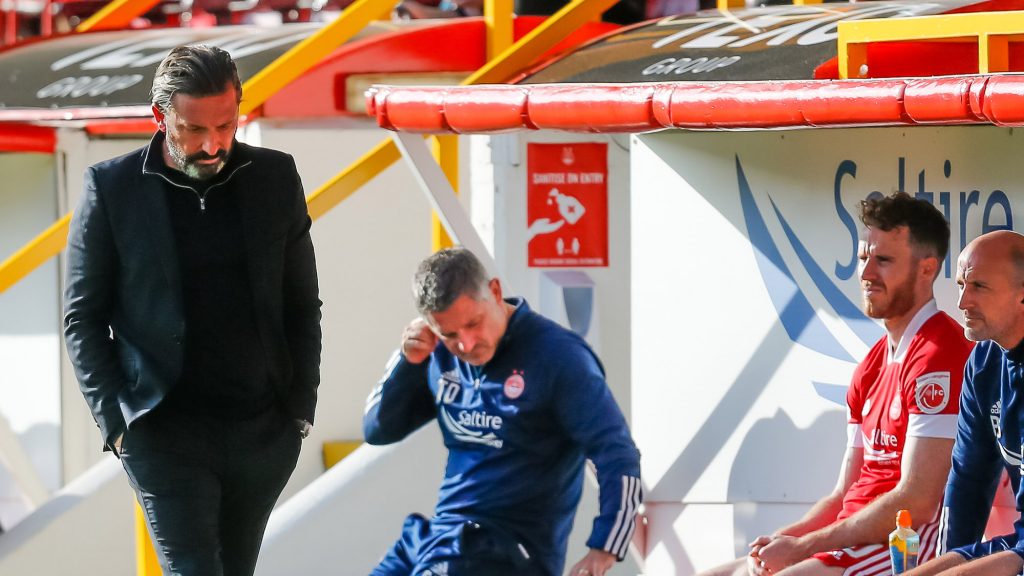