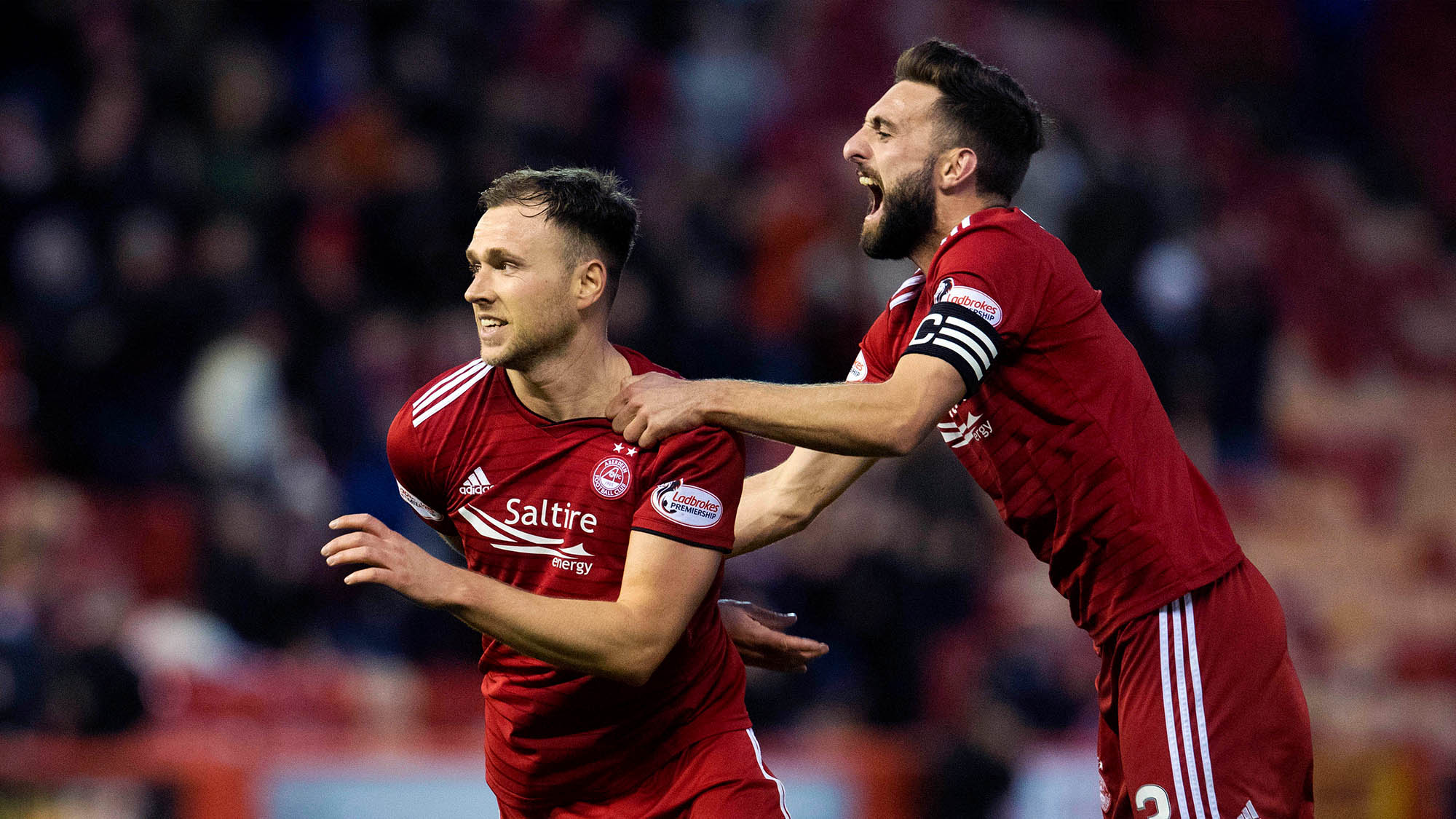 “It was long overdue that goal!

“Most important thing though was just to get the win.

“We needed to get the victory going into next weekend. We will now need to go to Hibs and win again.

“Obviously we will be looking at Saturday’s result between Kilmarnock and Hibs but we did our job tonight. We can now have a good week and look forward to the game at Easter Road.

“It is always difficult when you play against Hearts. The way they play, they are hard to break down and they have that solid platform at the back.

“There was talk before the game, people saying Hearts would not be up for it because they have a cup final to think about and they would be resting their big players to avoid injury. But credit to Hearts, they have up here and put in a good performance. Luckily we have managed to get the most goals.

“They were both good goals.

“And I was delighted to get on the scoresheet as well.

“Coming into the game tonight, all I was thinking about was getting the three points. As I say it was a vital win. It was massive for Graeme as well. We all wanted to win for him. He has been a brilliant captain and a very influential player for this club over the past four years.

“I want to finish the season strong here. The summer will take care of itself. I just want to focus on getting that third place.”