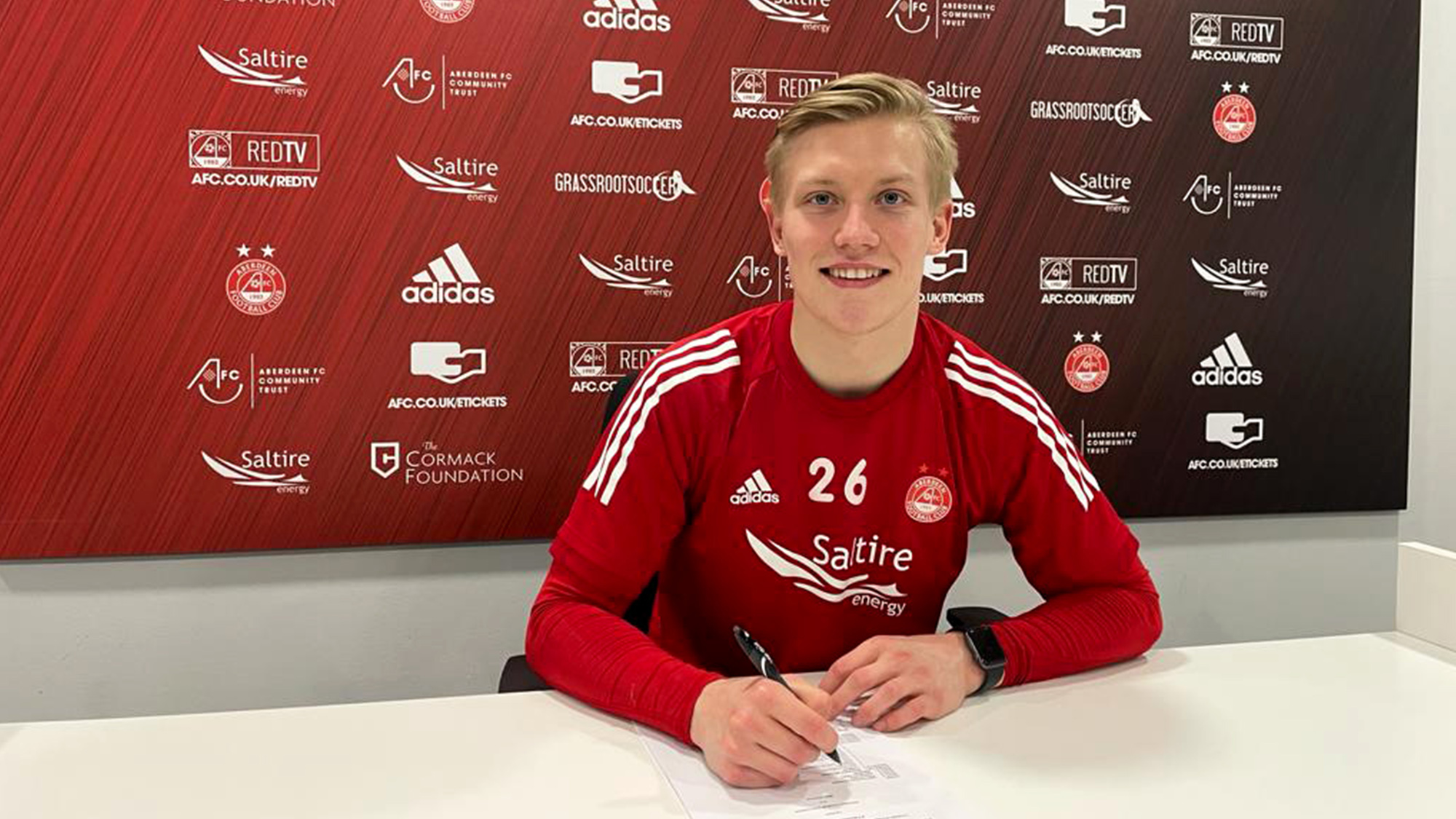 Midfielder Miko Virtanen has signed a one-year contract extension with the Club.

The 22-year-old, who signed a two-year deal with the Dons in the summer of 2019, spent the 2019/20 season on loan to Scottish Championship side Arbroath FC. He made 23 appearances for Dick Campbell’s side, helping them to a fifth placed finish, and was voted the Arbroath Young Player of the Season.

The Finnish U21 Internationalist returned to Gayfield for a second loan spell in September 2020 before being recalled by the Club in January. Miko made his Aberdeen debut when he came on as a late substitute in a 2-0 victory over Motherwell at Pittodrie in January 2021 and made his second appearance against Kilmarnock last month.

With another bright prospect committing their continued development to Aberdeen, Manager Stephen Glass said, “Following successful loan spells at Arbroath, I am delighted Miko has opted to commit to another year at the Club.

“I look forward to working with Miko as he continues his development in a positive and progressive manner.”