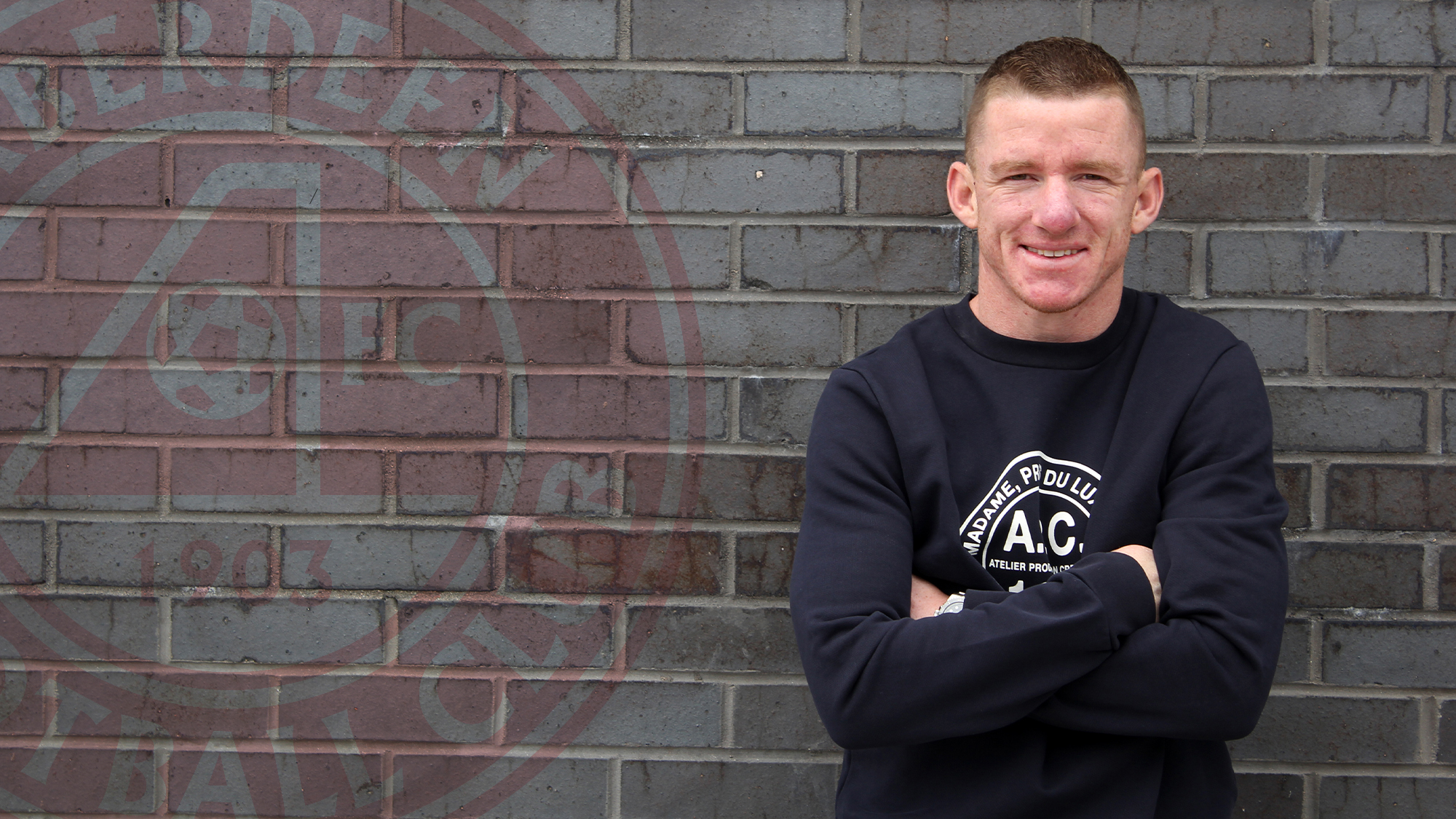 Jonny Hayes has today completed his return to Aberdeen.

The Republic of Ireland International winger, a firm favourite with the fans at Pittodrie first time around, has put pen to paper on a two-year deal.

From the outset, Jonny made clear his desire to return to Aberdeen, not only to fulfil his continued footballing ambitions, but also because of the strength of relationships he has maintained with the Club since he left.

As testament to the depth of feeling Jonny has for the Dons, he has also taken the decision to make a significant financial sacrifice in order to return to the North East. Given the challenging period the Club is currently facing, this was a substantial gesture which unquestionably enabled the deal to be completed.

Manager Derek McInnes is thrilled to see this familiar face back in his squad.

“Bringing Jonny back to the Club is fantastic. In light of the current financial circumstances as a result of the pandemic, this has only been possible due to Jonny being out of contract and his real desire to re-join Aberdeen.

“Jonny’s determination and willingness to return here is illustrated by his generous gesture to make it happen. He has never hidden his love for Aberdeen, and indeed I know his family enjoyed living in the North East, so it is no surprise to me that he was prepared to make a financial sacrifice in order to return.

“We sold Jonny to Celtic three years ago and he was a key player in our team, but he returns undoubtedly a better player for his experiences and will provide excellent cover in the left sided area of the pitch following Greg Leigh’s departure. I can’t wait to see him perform in our team once again.” 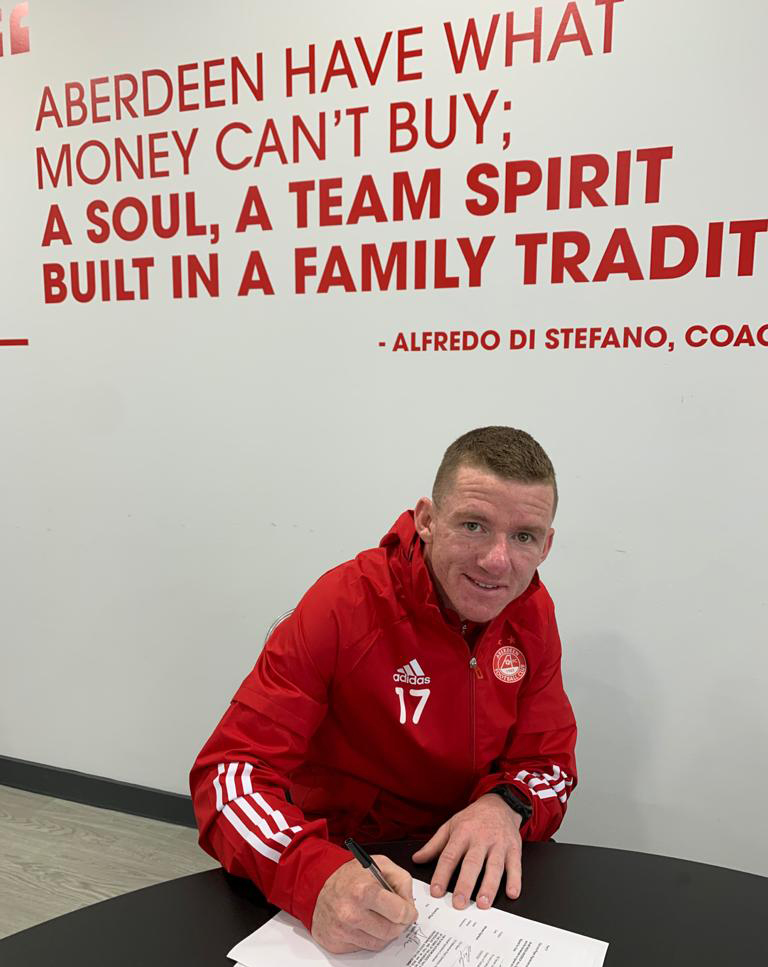 Jonny added, “It is exciting to be an Aberdeen player again. The Club has made real progress since I have been away, particularly with the building of Cormack Park which looks brilliant. It was a major attraction in returning and as soon as the manager phoned and said Aberdeen were interested it was always my preferred choice.

“We were then able to come to an agreement to make the deal happen which was suitable for all parties. I appreciate it is a tough time for the Club given the current climate with COVID-19 but everyone wanted to make it happen. I was more than happy to play my part by foregoing some financial gain and I am just thankful it was concluded positively.

Over five seasons at Pittodrie the winger made 207 appearances and played a key role in helping the team go from strength to strength under manager Derek McInnes. As well as picking up a winner’s medal in the 2014 League Cup final against his former side Inverness CT, that season he won the SPFL Goal of the Season award, one of many memorable strikes in an AFC shirt.

The wide man was then nominated for the PFA Scotland Player of the Year on two successive occasions, and named in the PFA Premiership team of the year in 2015-16 and 2016-17.

In 2015-16 he was named the AFC Player of the Year and Players’ Player, and the 2016-17 campaign was the most prolific of his five seasons with the Dons, netting on 11 occasions. In total he scored 30 goals. 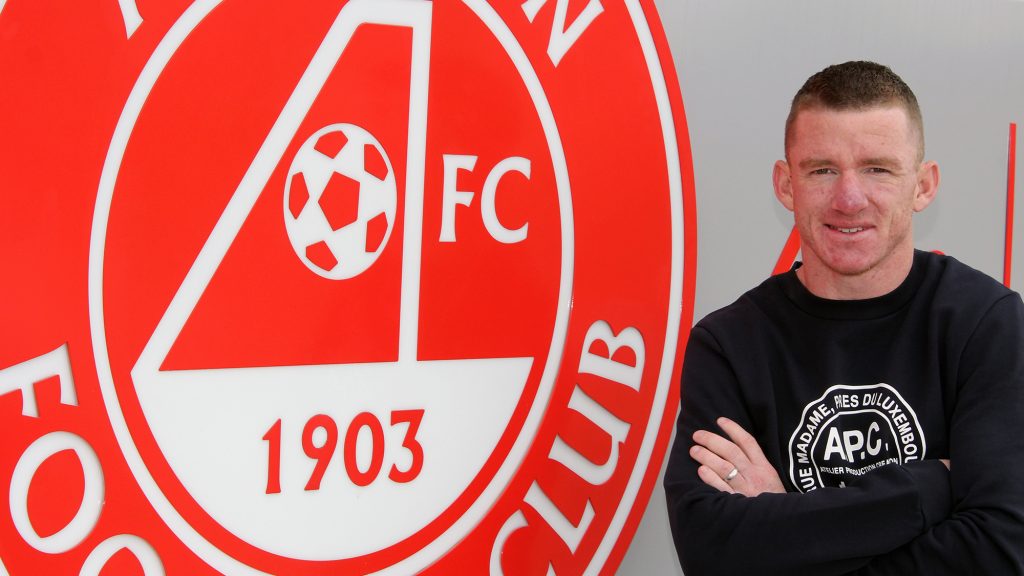