“Our fans are the heart of our Club” Dave Cormack 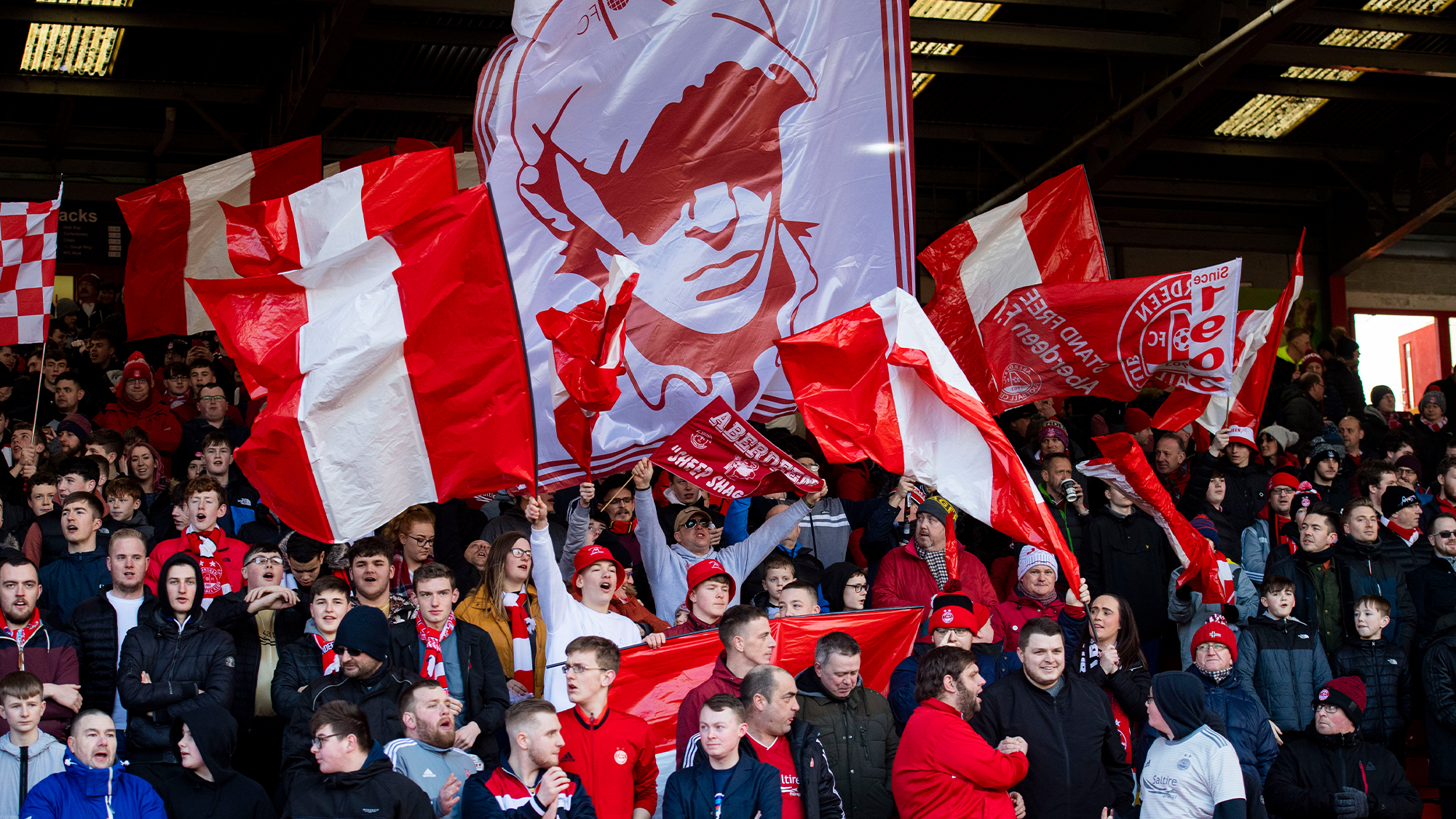 A more exciting and entertaining match day experience and a move to becoming a membership-based Club are key elements of the Dons’ “challenger Club” strategy.

He said: “We’re embarking on a journey towards a more successful and sustainable Club that delivers real value for our fans. We want to re-ignite the passion, belief and pride across the whole Club. This is about nurturing the next generation of fans, inspiring and getting back the lost generation of younger fans and retaining our existing fans through exciting football and a better match-day experience.

“Our fans are the heart of our Club,” said Cormack. “Through season tickets and AberDNA they invest in the Club. We want them to feel even more affinity to the Club by making everyone a member. We kick-started this approach earlier in the week by unveiling our free U12s membership scheme – AberDNA Junior.”

It is envisaged that AFC membership will provide one simple, easy to use log in through a unique ID number that offers access to clear and compelling benefits, encompassing season tickets and all categories of AberDNA, as well as Red TV.

The Dons chairman announced that, in addition to the Red Shed becoming a permanent feature next season, the upper Richard Donald stand will close to help improve the atmosphere. As a result of this, and capacity of the Merkland Stand reducing due to the Red Shed, next season’s operational capacity at Pittodrie will be 15,500. This includes 1,800 seats for away supporters.

The upper RDS, which will only be opened in exceptional circumstances, will be handed over to fans to decorate with a sea of red banners and flags.

Cormack added: “Our approach to fan engagement began with the trial of the Red Shed, dramatically improving the home atmosphere. With a concerted effort from fans, Pittodrie will once again become our fortress. As well as this reconfiguration, we will trial other pre-match entertainments such as Fan Zones with live music, and activities for children and families in and around the stadium.”

He said: “Football success is our number one priority. We are the fifth best supported team in Scotland in terms of attendances and season tickets with the third largest football budget. Season tickets deliver around £2 million a year in income, with walk-ups and away fans contributing £1 million, and AberDNA about £1 million. In total, that’s almost half the football budget.

“We all agree that it’s been a frustrating season. But the squad is in a much healthier position and, with our new signings, our goal is to provide consistently entertaining and exciting football. We have an excellent crop of young players coming through, having reached the finals of both the Scottish Youth Cup and Scottish Reserve Cup.

“My appeal to fans is this: support us and help us increase season tickets and AberDNA membership. In return, we will challenge everything we do to deliver the best possible fan experience. We’ve got the semi-final of the cup to look forward to, and we can still finish third in the league. It’s all to play for!”

The first team have welcomed the Club’s approach to fan engagement and captain Joe Lewis believes it will have a positive impact on the team.

He said: “We have tremendous, incredibly loyal fans and we want to repay them by getting results. Our home win against Hibs has boosted our confidence and we are fully focused on the cup semi-final and the rest of the season. Replicating that famous Red Army away-day atmosphere at Pittodrie would really lift the team and we’re looking forward to hearing the fans in full force at the next home fixture.”

Season Tickets for the 20/21 season are on sale now, to find out more about your 20/21 season ticket click here!