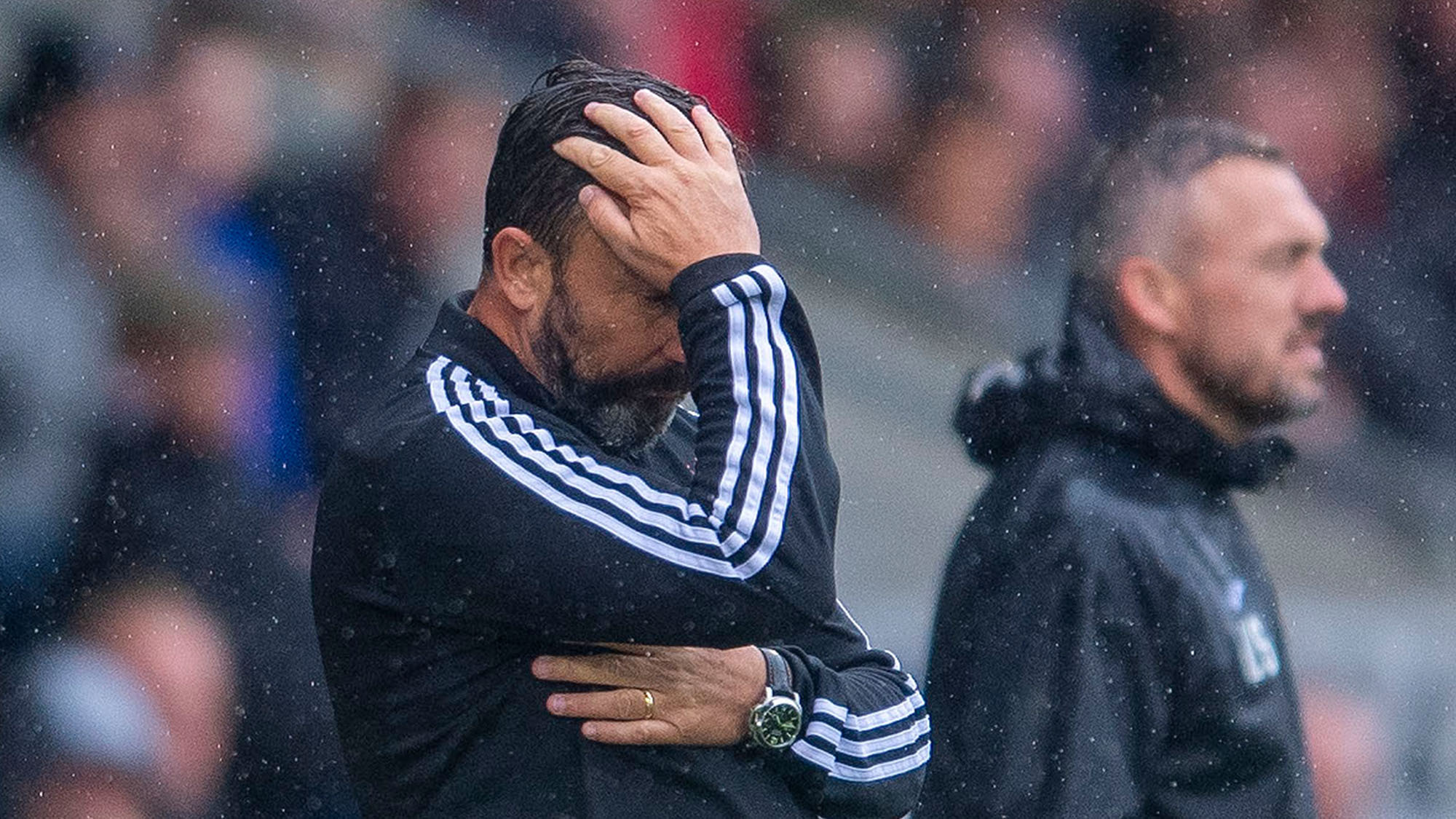 “In any game you need decisions to go your way. [The penalty decision]

“I thought it was clearly a moment when we had a good bit of pressure probably for the first time in the game, we did not do enough of that in the first half. Second half we were kind of relentless with our work and kept asking the question. We had far more penetration about us and the penalty incident came at a stage where it would probably still have been early enough in the game where if you get the penalty, which it should have been, then you have a chance to go on and win it.

“But it did not come and sometimes that happens.

“The referee has given me his take on it. Obviously, it is different from mine and different from what I think we were told at the meeting. I think there is enough distance there for it to be a clear handball and therefore a penalty.

“It was not just about that.

“So we anticipated the team and how they would play when the teamsheet came in.

“It was our job to try and play with a bit more speed. We tried to bring more speed into the team with Scott and Connor and also Ryan, who all played behind Curtis. But we never really got as much of that pace into the game as we would have liked. 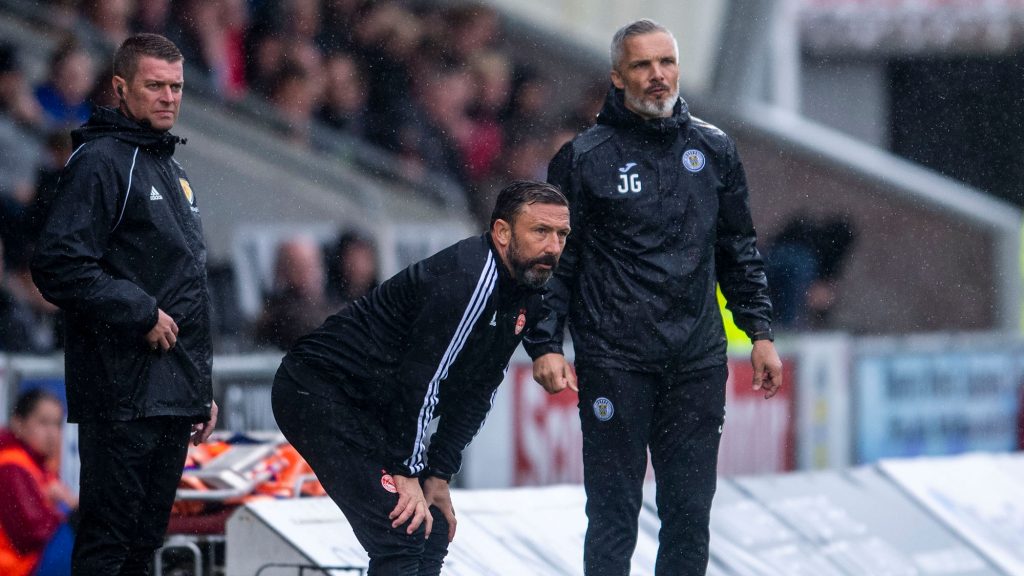 “Everything was a bit safe and a bit pedantic in the first half in terms of our build up.

“St Mirren score a good goal from their point of view, counter attacking goal and a nice finish. They then have something to hold onto.

“I think Jim set them up well, they are very competitive bunch of boys and the onus was on us at half time. I thought the way we approached the second half was far more what was needed in terms of more aggression, more speed; asking the question more.

“Unfortunately we never quite managed to get an equaliser. The penalty decision that should have been would have helped but it did not come and we are very disappointed we haven’t taken something from a game that I thought we deserved.

“Sam had a tightness in his hamstring yesterday. He reported with it when he started doing his work yesterday morning in the warm-up. We tried to give him every chance but he just felt it was becoming more of an issue and we decided not to bring him with us so he could stay back and get some treatment in Aberdeen. He will get a scan tomorrow. He will be touch and go for Thursday. “Any team would miss someone in Sam’s form and we are hopeful he will still make it but at this stage it is not clear yet.

“We got into enough good areas today. The onus is on everyone to try and score, even from set plays. Again my best players today were Considine and McKenna, as they were on Thursday. I thought when called upon to defend they were very good.

“I thought first half we could have done far more with the possession we had. The stats will show you how much possession we had in the final third, but the only stat that matters is goals scored and unfortunately for us St Mirren got their goal and we did not quite manage to do enough.

“When you go through in Europe and you go through the rounds and you come up against a tougher opponent, and Rijeka are a good side. They have been one of the top sides in Croatia for a while now and they have got a strong European pedigree. I thought we were a bit unfortunate to leave with a 2-0 defeat but again, similar to today, I thought my best players were defenders.

“This Thursday we are going to have to get a bit more of an attacking threat going. At Pittodrie this season we have had that. We have scored umpteen goals, we have been very good in the three home games up until now. It is going to take that and a bit more to overcome this team because they are a capable side – battle hardened and experienced, athletic and have players who can hurt you, as we saw with the second goal.

“But we know with Pittodrie busy and with Pittodrie lively, an early goal and we can certainly ask the question of them and that is certainly the intention. The first goal is clearly going to be pivotal in the nights work.”