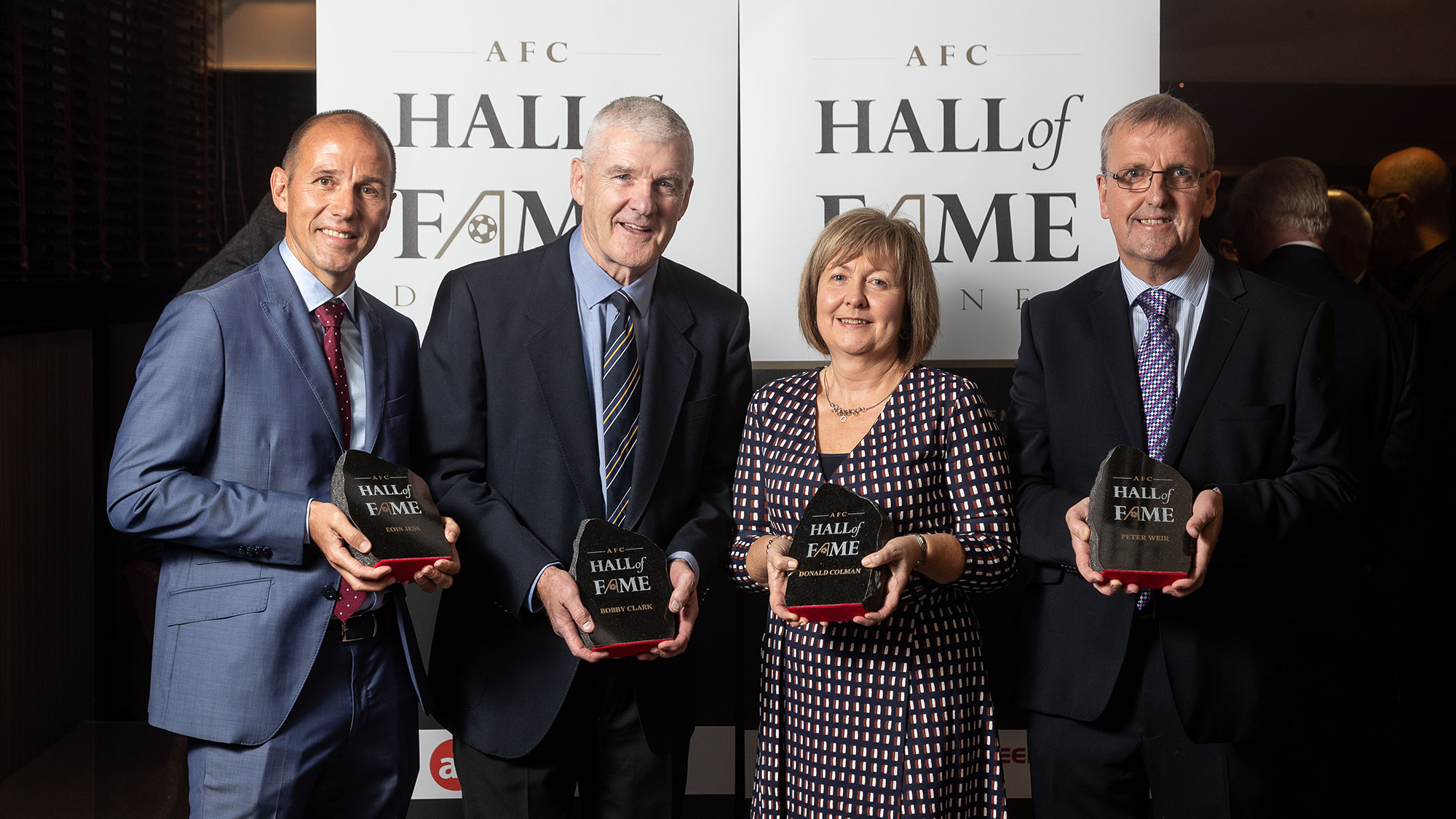 One of the legacies of the club’s centenary year in 2003 was the establishment of the AFC Hall of Fame as the club recognised the need to formally acknowledge those who have made a significant contribution to the reputation of AFC.

There was an emotional start to this year’s event as Neale Cooper, who was inducted to the Hall of Fame last year, was remembered. In attendance were fellow Hall of Famers Joe Harper and Willie Miller plus ex player Theo Snelders and ex captains Stewart McKimmie and Russell Anderson. During the evening there were personal video messages sent by Sir Alex Ferguson and Lenny Taylor received a special award in recognition of his work to the club.

The Hall of Fame committee met earlier this year to decide the names of those recommended for inclusion this year.  Tonight’s first inductee was selected for the Aberdeen FC Heritage Trust posthumous award.  He was an individual who was certainly worthy of recognition…

Donald Colman was one of the game of football’s earliest and greatest innovators. Born in Renton, in August 1878, it wasn’t until the relatively advanced age, for the time, of twenty-nine that he made his Dons debut. For the next decade, Donald was a near ever-present in the team, earning four Scotland caps along the way. After a brief time away from the club, he returned in 1919 to complete a total of 346 appearances, and one goal. He became manager of Dumbarton, and later had a spell coaching in Norway, and it was there he got the inspiration to have dugouts built at Pittodrie – the first time they had been introduced to British football. He is also remembered as a coach who was ahead of his time, implementing training techniques which helped improve the skills of some of the great Dons players of that era.

His grand-daughter Marion and grand-son Alan Brown accepted the award on behalf of Donald on stage from Aberdeen Chairman Stewart Milne whilst other family members were also in attendance this evening including Donald’s daughter Edna. His great-granddaughter, Rachel Corsie, the Scotland women’s national team captain, is current playing in Australia as she gears up for this summer’s World Cup. 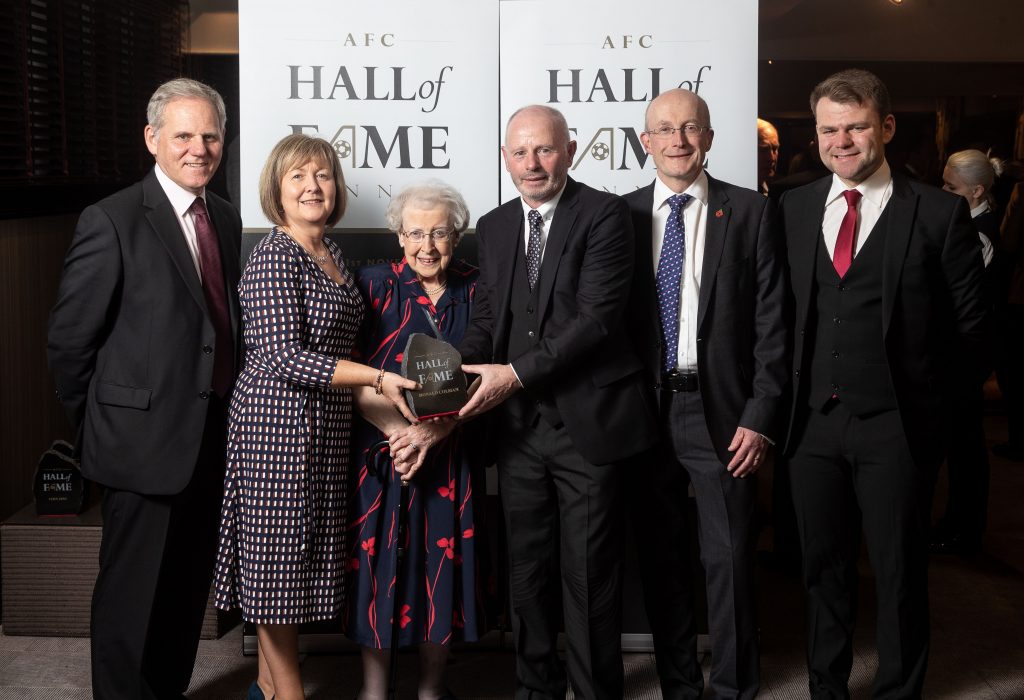 Our second inductee is one of the most popular, and naturally gifted, players ever to pull on an Aberdeen shirt. He did so for the first time against Motherwell in May 1989, but it was later that year that he really came to the fore when Alex Smith surprised everyone by starting the teenager in the Skol Cup Final win over Rangers.

He would establish himself in the team over the next four seasons, overcoming a broken leg along the way. There was a brief time at Coventry before returning to his spiritual home, and when he finally left Pittodrie in 2001, he did so having played 380 games and scored 94 goals – just outside the all-time top ten for the club in both categories.

He collected two League Cup winners medals and one in the Scottish Cup, but more importantly, left behind a treasure trove of memories for his legion of adoring fans. 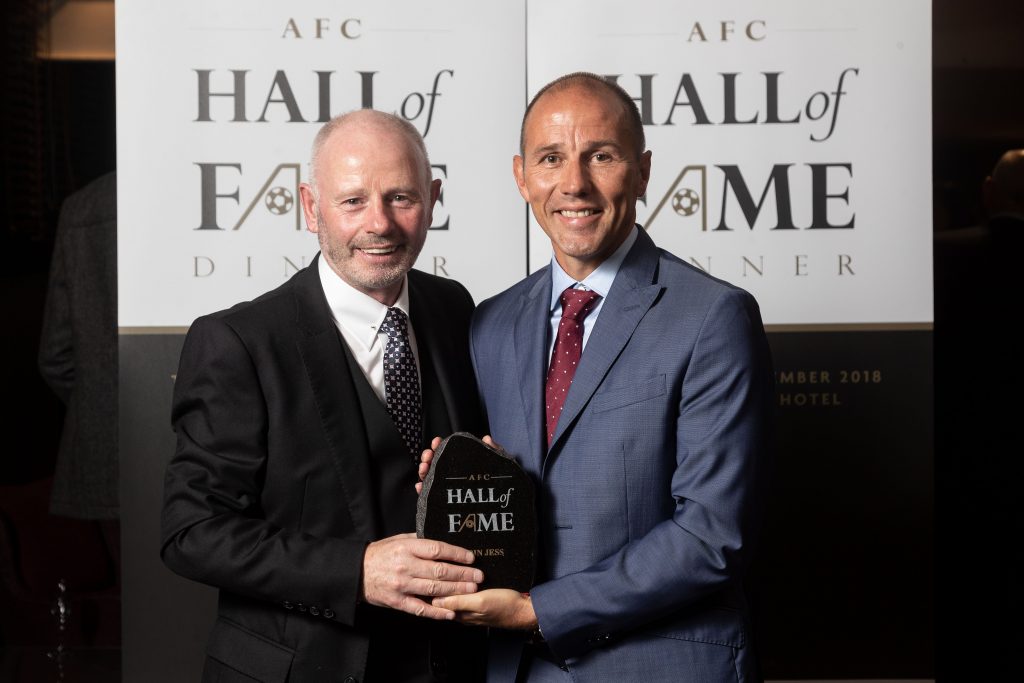 It is clearly an honour to play for the Dons, but just imagine how much prouder you would be as a fan pulling on that red strip. Our third inductee tonight lived that dream.

Peter Weir joined the Dons in the summer of 1981, the major part of a £330,000 deal which saw Ian Scanlon make the opposite move to St Mirren, a record transfer between Scottish clubs at the time. He was to make an instant impact. Within months he was ripping apart one of the best clubs in England, his two goals in the second leg at Pittodrie sending holders Ipswich Town tumbling out of the UEFA Cup. Over the next five seasons he would win seven major trophies, including the European double, and had a knack of scoring in important matches.

Peter’s ability to ghost past opposition defences, to send in pinpoint crosses from the tightest of positions, marked him out as one of the best wingers Scotland has ever produced, and he should clearly have won more than the six international caps he was awarded. By the time he left Pittodrie in 1987, he had played in 237 matches for the Dons, and scored 38 goals. He would go and run the AFC Youth Academy Glasgow Centre and worked with current Scotland international Stephen O’Donnell and Aberdeen defender Mikey Devlin amongst others. 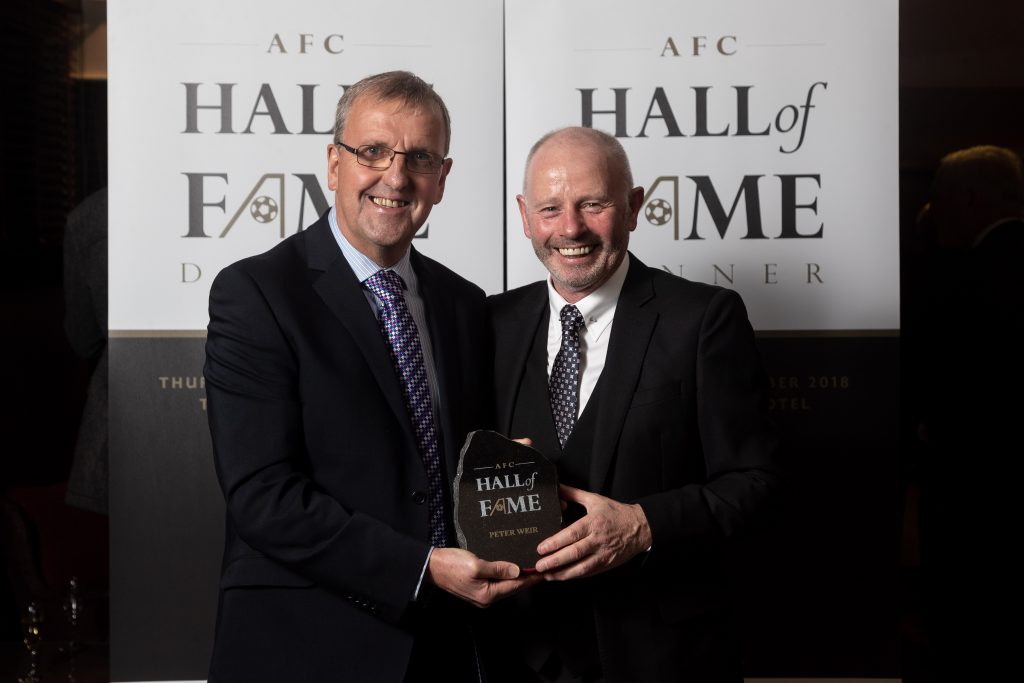 Our final entrant tonight is man who spent more than a decade and a half at Pittodrie, and who made a massive impact on the club both on and off the pitch. Having established himself as first choice goalkeeper, in 1969 he lost his place to Ernie McGarr, and became an emergency centre-half, playing a few games for the reserves under Teddy Scott, and once for the first-team – as a substitute against Rangers at Ibrox.

He regained his regular position soon after, was part of the 1970 Scottish Cup winning team, and would be the Dons’ number one for much of the next ten years, only missing games through injury. He collected a League Cup winner’s medal in 1976, and completed the domestic set when he was a near ever-present during the title-winning season of 1979-80.

In the 1970-71 season he set a world record with thirteen successive clean-sheets he went 1,155 minutes without conceding a goal before Pat Stanton finally beat him at Easter Road. That remained a British record until Edwin Van der Sar bettered it in 2009, and a Scottish record for an amazing forty-three years.

He moved successfully into coaching, in Africa, America and New Zealand, before settling into a role which was to make him a hero across the Atlantic – he only retired as head coach at the University of Notre Dame earlier this year after seventeen years at the helm and the online tributes made clear the warmth of feeling everyone there has for him. It is a feeling matched here in the north east for a man who is a true and genuine Dons legend.

The 30th  inductee to the Aberdeen FC Hall of Fame is Bobby Clark. 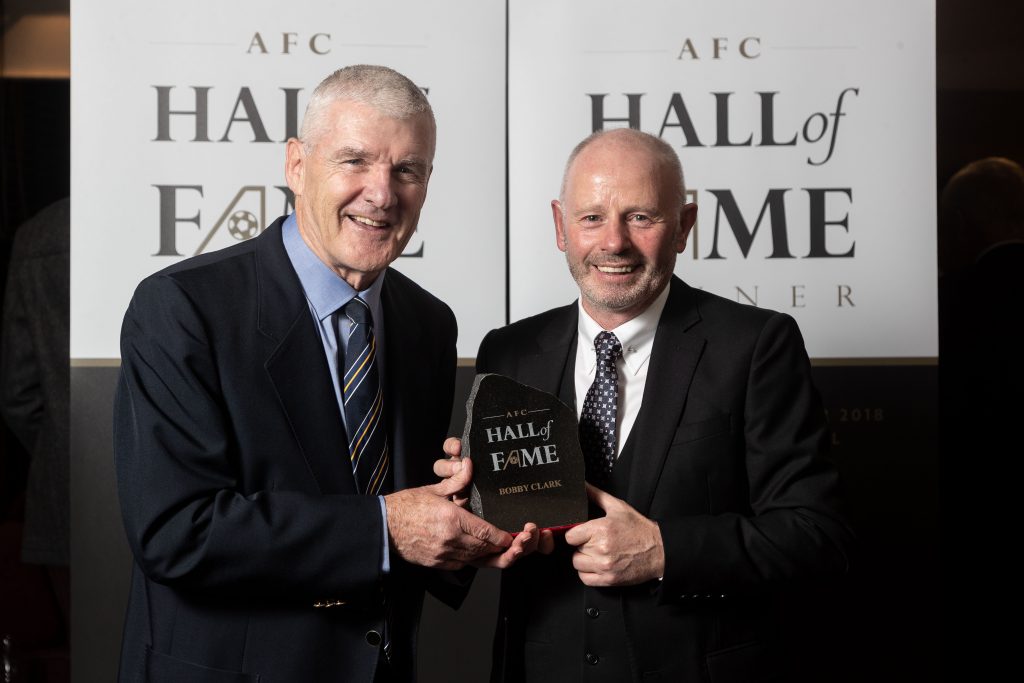 A big thanks to all those who attended the Hall of Fame Dinner tonight and to our host Richard Gordon. Thanks to all the staff Marcliffe Hotel and also to our event sponsors Aberdeen Taxis.