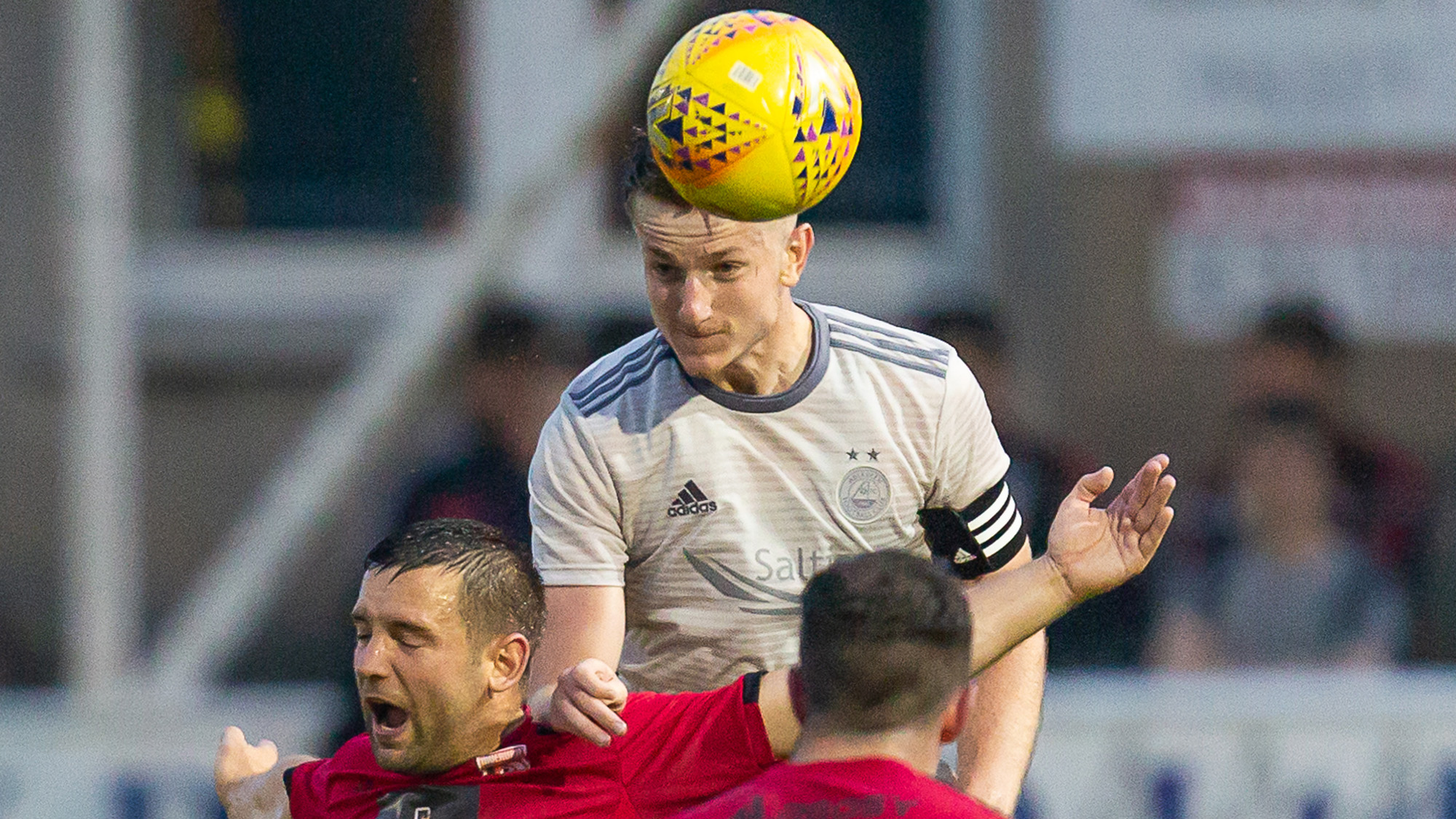 Aberdeen can today announce that defender Sam Roscoe has joined Alloa Athletic on a season-long loan. The 20-year-old will link up with Jim Goodwin’s side in the Championship and will also still be available for Aberdeen Reserve Fixtures.

Now in his third season at The Dons, the 6 ft 5 centre back was a mainstay in last year’s development squad and will join the Recreation Park club as they compete in the Championship after gaining promotion last season. Alloa currently find themselves in ninth place in the league having picked up one point from three games and the signing of Sam will bolster their options at the back.

The English defender has featured on the bench for the Dons first team this season but is yet to feature in a competitive fixture. Last season he made 28 appearances for Paul Sheerin’s U20 side, scoring four goals as the team reached the Youth Cup Final and ran Hibernian close for the league title.

Ahead of the move to Alloa, Sam told afc.co.uk:

“I heard about it a few days ago and I think it’s a great opportunity for me to go out there and prove to everyone I can play at that standard and I feel I’m ready to make that jump.

“As this is my last year in the Development Squad, it made me realise that’s the step I need to take to show the first team management at Aberdeen and others that I can play at that level week in week out.

“We’ve played a few games in recent seasons in the IRN-BRU Cup against the likes of Inverness CT and Raith Rovers who are both full time teams, but it’s getting that experience and challenge regularly for myself so I can keep on improving.

“It’s a good step for me and hopefully I can show everyone what I can do.”

Sam becomes the fifth player so far to go on loan this season. The others are Danny Rogers (St Mirren), Seb Ross (Stenhousemuir), Chris Antoniazzi (Montrose) and Ryan Harrington (Montrose).

Good luck for the season ahead Sam.