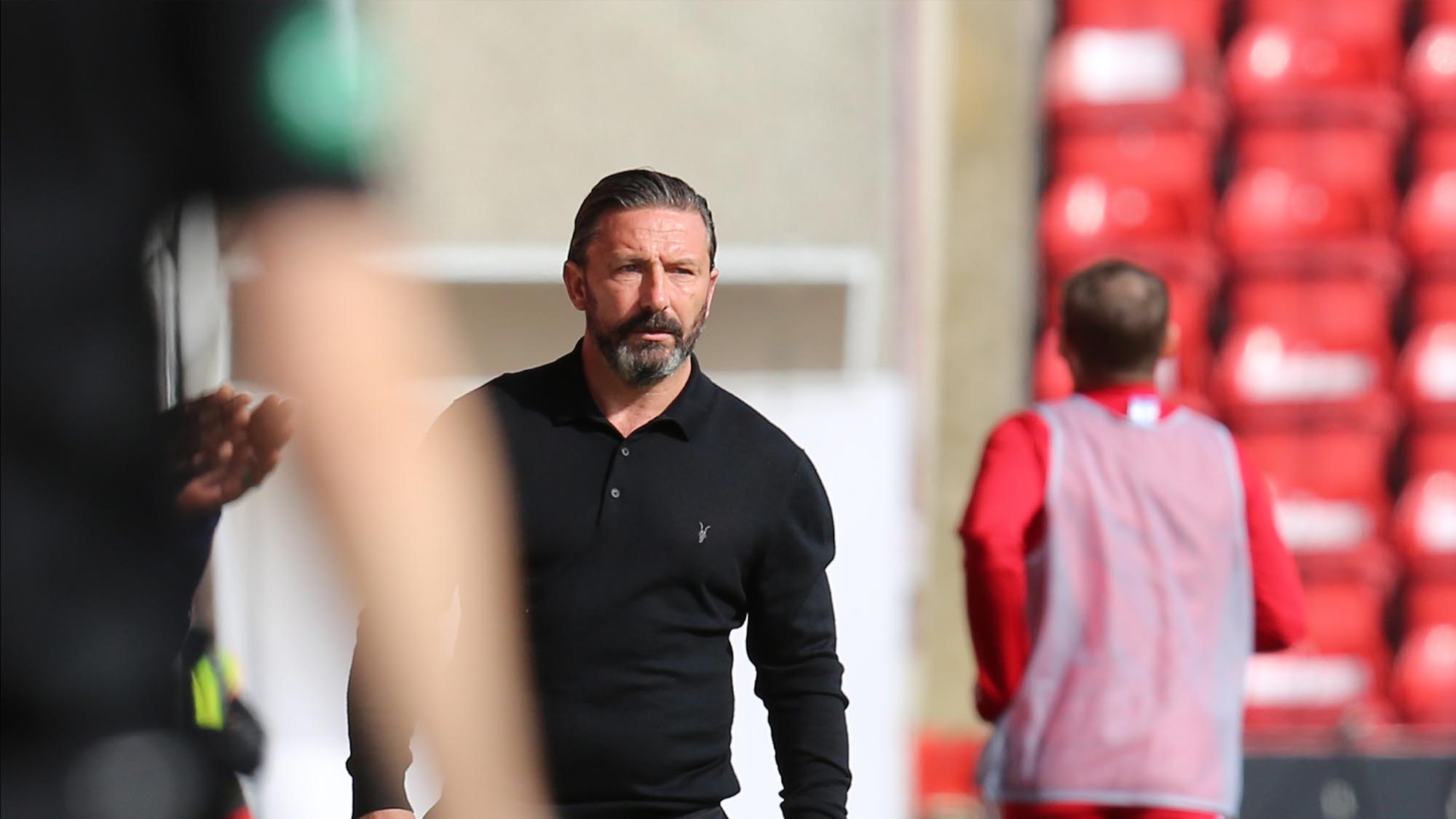 “I am very pleased with today’s victory and it keeps the winning run going.

“I am pleased with a lot of the aspects of today’s play particularly the speed in the team and the quick support we got up the park, I thought the goal was an example of that. We countered from deep and it was a real quality finish from Ross McCrorie. It wasn’t an easy finish, but he made it look a lot easier than it was.

“When you select a team as we did do today, and it is exciting when it is right and there was a lot of speed and width in the team. There is a trade off with that and you need to defend a bit more which we are happy to at times as long as we do the right thing, I think Joe has had one save to make in the 90 minutes.

“I think we did give Kilmarnock too much encouragement at times, putting the ball in our box and in the second half we kept those attacking players on and we passed up a couple of opportunities. The best one was from Scott Wright, that should kill the game.

“When the opponent is putting on attacking player after attacking player, there comes a time where you have to negate that, and I thought that we were pretty comfortable. We showed our experience and got the job done.

“The confidence in the team is good, but I am also looking for more. The exciting part for me is that I know there is better in us and we are working hard to get a better 90 minutes performance at times.

“To get another clean sheet gives us a real platform, we would like to score more goals, but one was enough today. 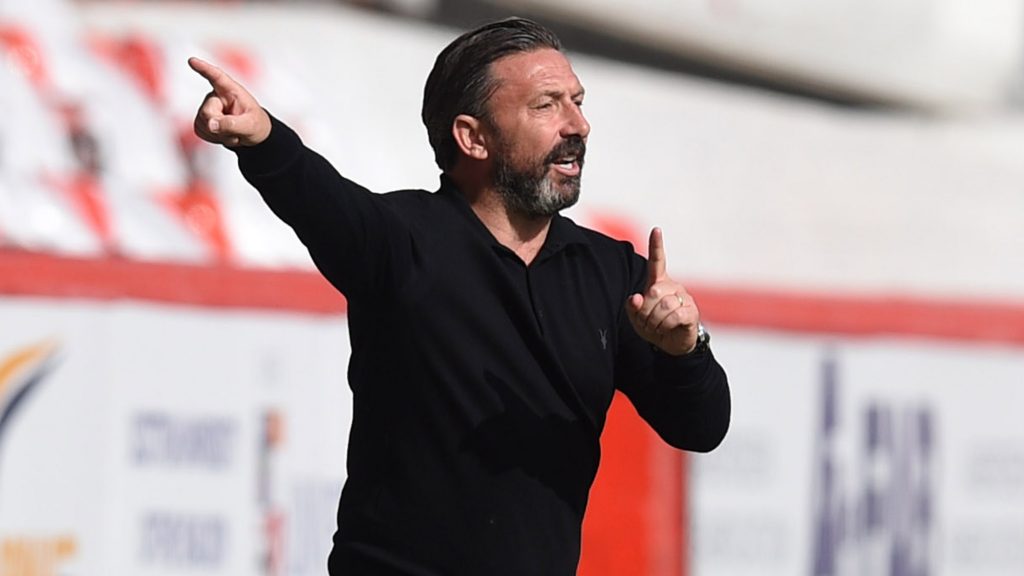 Fans Back in Pittodrie

“We were aware the fans were in from the warmup. It was not lost on us the importance of winning today. The fact the fans have not been in and seen the team in the flesh in so long. I thought the support were appreciative. I think they enjoyed watching the team and there was some real sparkling moments in that first half and some real fluidity and pace and I think they would have appreciated that.

“The pleasing part for me was that they appreciated the work rate in the team. They clapped every blocked tackle, they clapped every matched run, every clearance and I thought they were very appreciative. That same 300 can come back every week if that is what we are going to get!

“It is five wins in a row, but I know that there is more to come from us.

“I thought the back three did very well at Easter Road and we have come up against two teams with a decent attacking threat. We managed to minimise their attacking threat to very little. I thought that in possession in the first half they were good and when they needed to defend, they were very good. 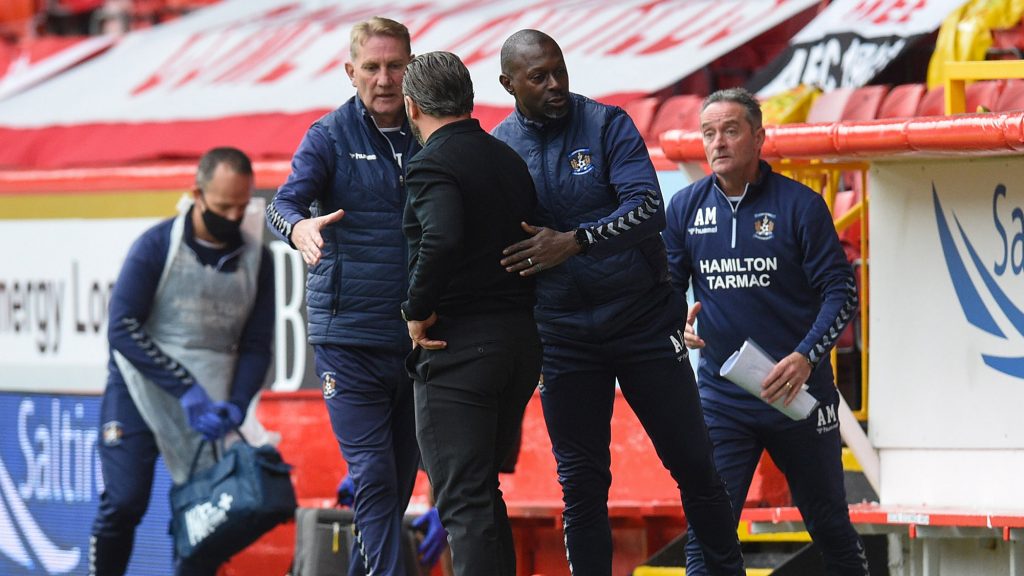 “With the way Scott Wright is at the minute you feel like something is going to happen. He is one of many players at the minute who is feeling confident in their own game, you can see it in his training, and he has taken that into his games.

“He is gutted with the chance he has missed but at least he is getting there. He has had another assist today. When you play with those types of players it is important that they contribute to a winning performance and he is certainly doing that.

“He said was okay after the game, but he didn’t look okay! He had ice all over his body. I probably should have taken him off a bit earlier and his running had been affected by the knocks he had picked up. He likes to get involved and he won plenty of tackles in there. I think he will be fine.

“Andy felt his hamstring a wee bit at the start of the second half, but it came to nothing. I think we should be as we are going into the game in Norway.

“He has been very good, he is coming from a long way back in terms of minutes. He will improve the more games that he plays. We have still got to manage his week through his training and games. He will be available for Thursday, if he plays then he can’t play on Sunday. There comes a point of understanding. He is not at that point where he can have a two day recovery and go again. I have been very pleased with him, you can see why we are keen to get him signed up again.” 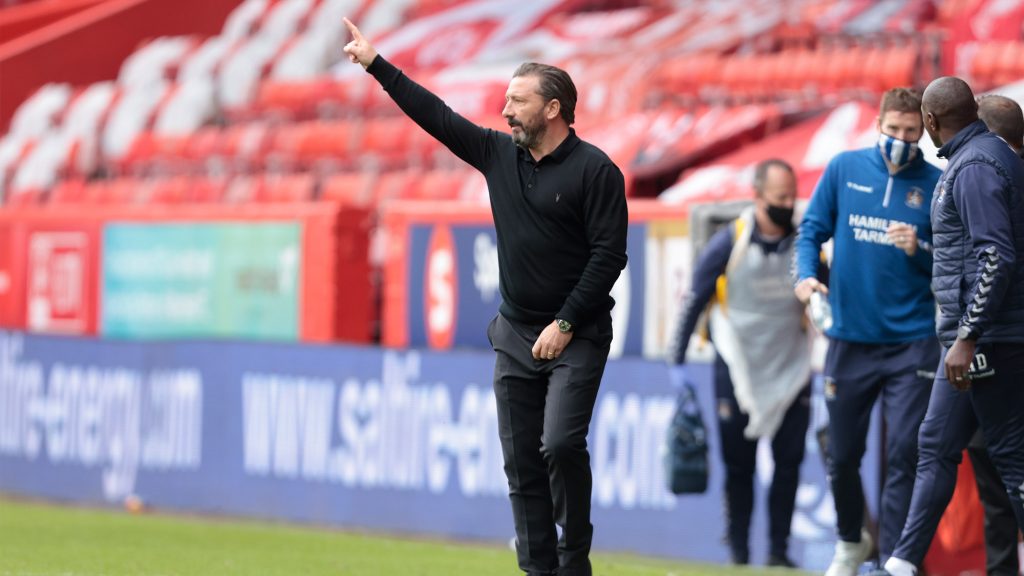