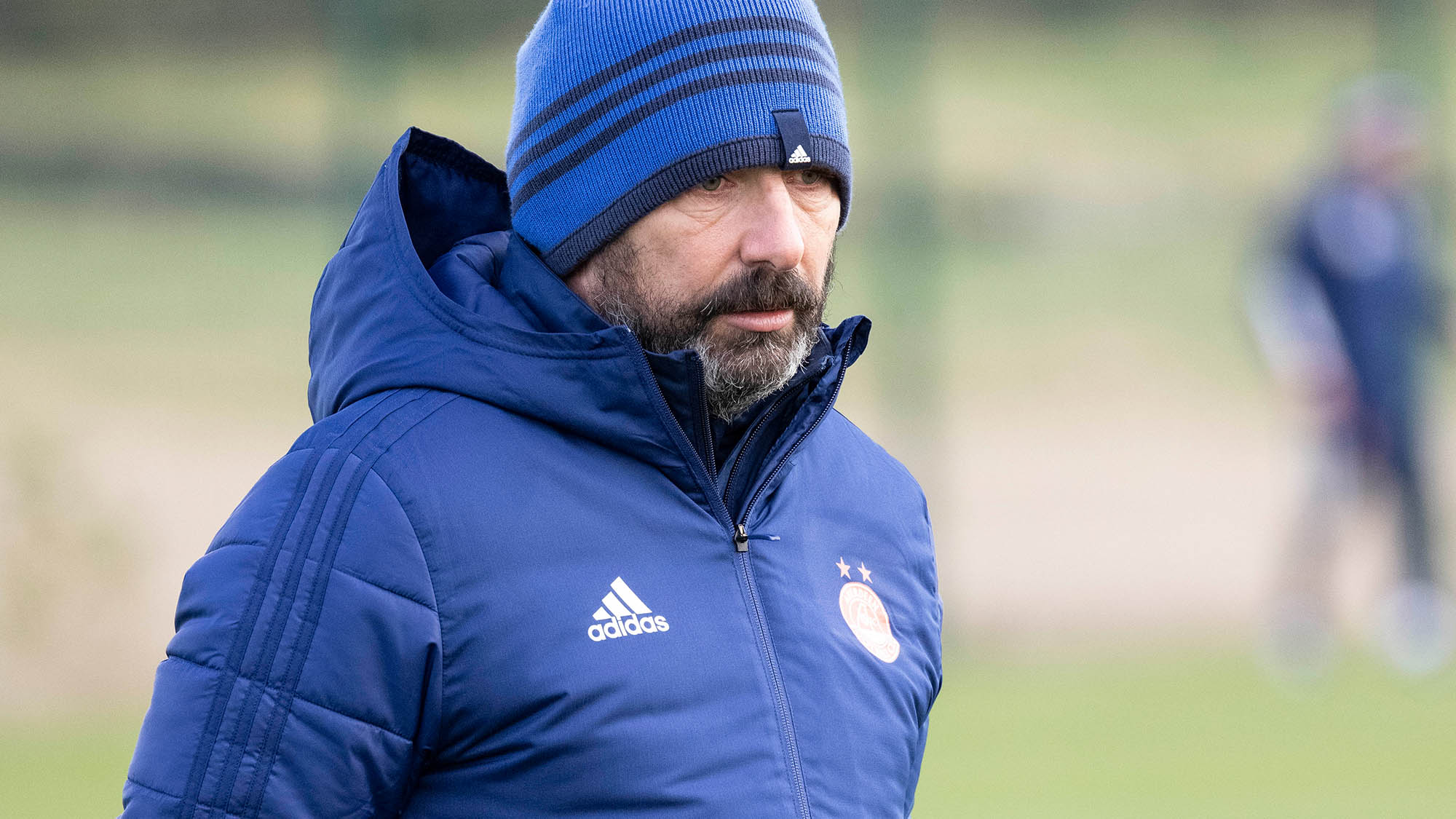 The Manager did his media duties ahead of the Hibernian game on Thursday morning. He started by giving an injury update with some very bad news about Marley.

“Unfortunately, the result of Marley Watkins’ scan showed a problem with the tendon in the hamstring and the likelihood is that he will be out for eight to ten weeks.

“Marley is still with us now, but he will go back down to Bristol City tomorrow and they will reassess him, but there is a feeling that he might need surgery. That will be their decision once they get that second opinion based on the scan results.

“So, we think that he will be out for eight to ten weeks, and with that being said it will be tough for Marley to be back anytime within his loan period, but it is not insurmountable. We will just have to wait and see once we get that second opinion.

“I thought it was a risky outcome from the challenge because his leg sort of jack-knifed on the impact and you could see immediately that he was in distress. So unfortunately for us he is going to be out for a period of time.

“I would love to work to work with Marley (longer term) but there are a lot of factors involved. He is Bristol City’s player and for the moment Marley has just got to get himself sorted.

“I said before that we would have a couple of months to look at Marley, but now he will not be in an Aberdeen shirt for a while, it is something we will have to look at further down the line.

“He has been enjoying it, he has been a key player. Supporters and staff can see his value and what he has brought to the team. And I do think playing alongside a main striker against the majority of teams, he would cause a lot of problems. Sadly we are not going to have that over the next few months.

“Fortunately, with Jonny, it is not going to be as bad as first feared. There were similarities to what happened with Dylan’s injury when it first happened and Dylan is going to be out a while. Jonny’s is not nearly as bad thankfully. He will probably be out for the next two to three weeks which means he will miss Hibs and a couple of games after the international break. But as I say it could have been worse.

“There are no other injuries from the weekend. So more or less the same squad again with Jonny Hayes, Dylan McGeouch, Dean Campbell, Marley Watkins and Tomas Cerny unavailable.”

To watch the media conference in full please click on the red button.