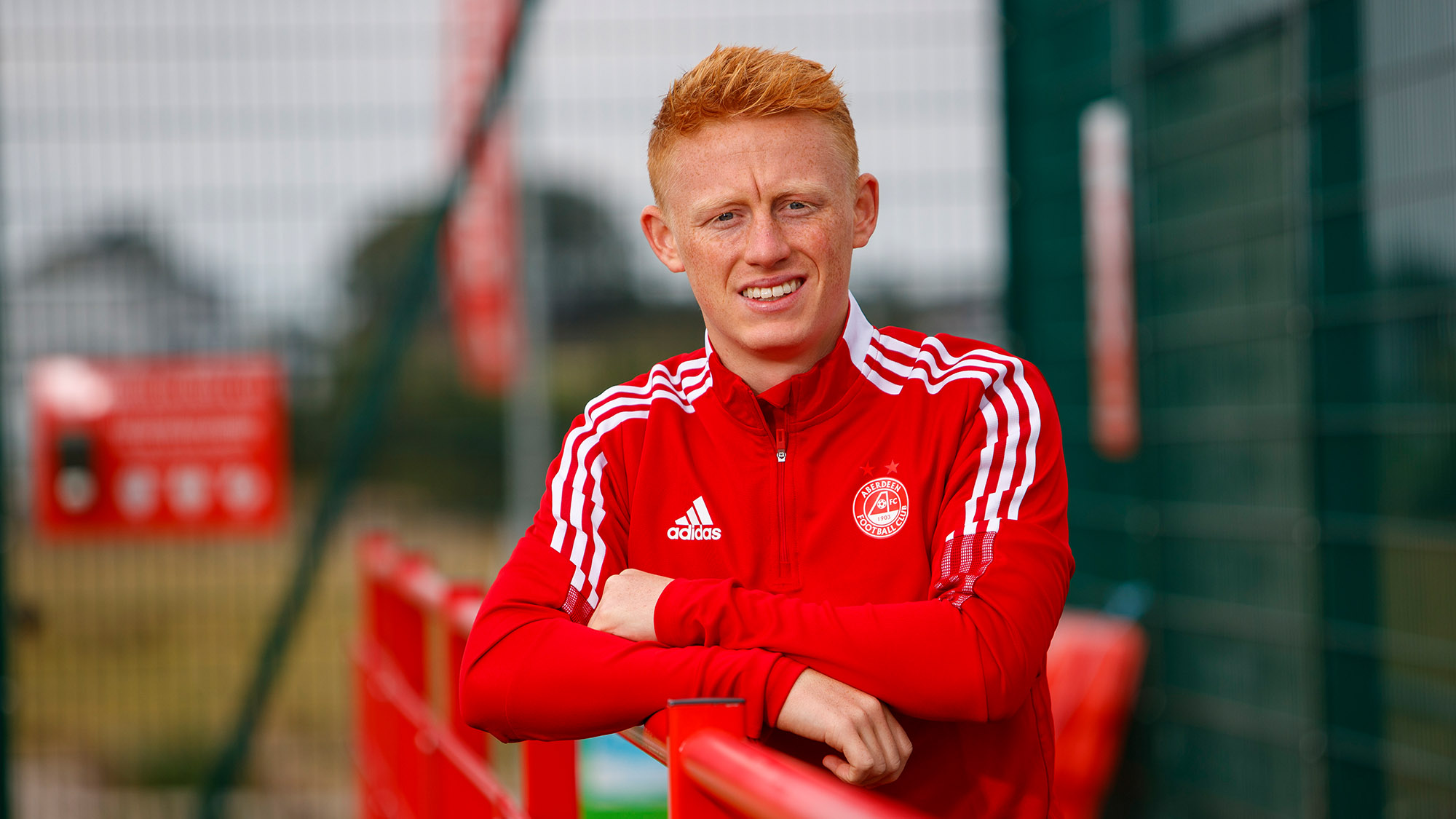 Aberdeen on Friday completed the signing of 21-year-old midfielder Matty Longstaff on loan from Newcastle United. After completing his paperwork he sat down and spoke to RedTV.

“I found out a couple of days ago before we played Burnley in the cup about the interest from Aberdeen. I had meeting, spoke to the club about it. The biggest thing is coming somewhere you want to and playing games. This seemed the perfect place for me.

“I was straight up on Thursday. It ended up being a six-and-a-half-hour drive, which wasn’t great, but at least I got here. I got to see the stadium rocking, the fans were unreal and I’m really happy to be here. It was unbelievable. Obviously it was the first time I’d seen the stadium and the fans were great. Hopefully there’s more of it this season.

“The manager used to play for Newcastle and I’ve heard great stuff about the club and the football they play. He’s experienced Newcastle, knows what it’s like and I’m really looking forward to working with him and his team. One of my mates has already been on asking me to get his autograph!

“I spoke to Ryan Fraser, who obviously came through the set-up here, and he just said it was a great club and if you get the chance go and play there. I didn’t need much persuading other than that. He’s a good lad and a good player as well.

“What you want as a player is to be playing under pressure and to deal with it. At Newcastle there’s an expectancy to play at a high level. I’m expecting the exact same thing at Aberdeen.

“The big thing is making sure we finish as high as possible, play some great stuff and give the fans something to cheer about. But you’ve also got to win games when you come here.

“Whatever the manager asks I’ll be happy to do. Whether that’s playing a little further back and getting on the ball, or whether it’s breaking into boxes and scoring goals, I’m happy to do either. We had a conversation yesterday where he said we always look to dominate the ball, which was a big thing. Like he said, if I can chip in with a few goals it’s going to be great, so I’m looking forward to it.

“I met all new team mates this morning and trained this afternoon. I grew up playing against Austin Samuels when he was at Wolves. From what I remember he was always a handful, he wriggles so well round the box and he’s a natural goalscorer. Obviously his pace to run in frightens people and he used to always score against us. So I’m looking forward to having him on my team now!”