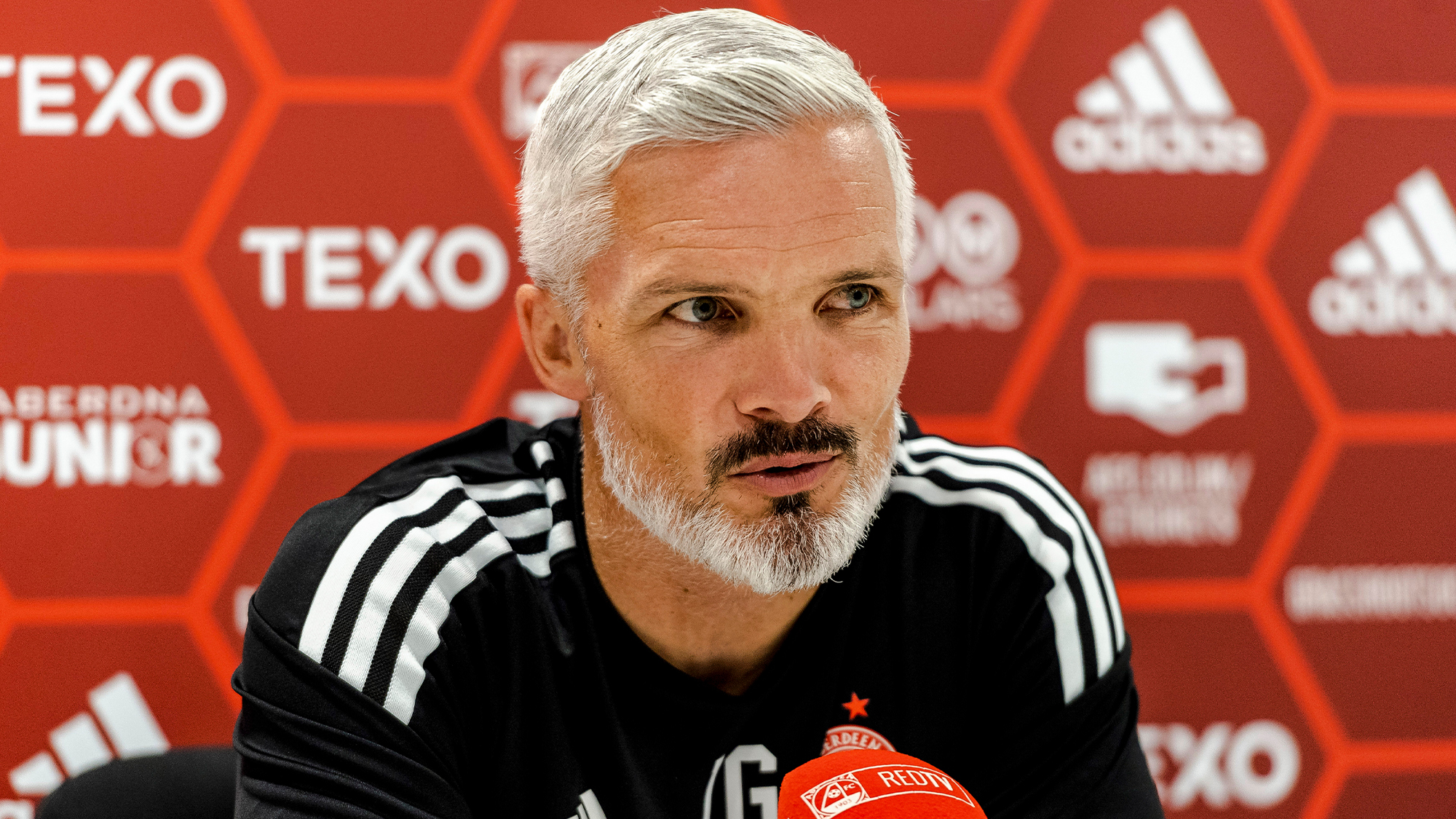 Jim Goodwin sat down with the media on Friday lunchtime to preview Sunday’s league opener with Celtic. To watch in full on RedTV, please click on the red button.

Question: Before we get to the start of the new season and the game this weekend, is there anything to report  in terms of players coming in?

Answer: “No nothing to report at the moment at all. In terms of the new players that have come in, Callum Roberts and Hayden Coulson, they are the most recent two signings who have trained really, really well this week, and they’ll go straight into the squad for Sunday. We’re still without Jack MacKenzie and Connor Barron. Barron will probably be another three to four weeks and MacKenzie is going to be short term, we’re looking at days as opposed to weeks.”

Q. It could be quite a baptism for Callum and Hayden this weekend?

A. “That’s one of the good things I suppose about building a new squad and bringing guys from other countries and from down south that have never experienced going to Parkhead before. It’s all very new and very exciting for them and they’re already looking forward to it. 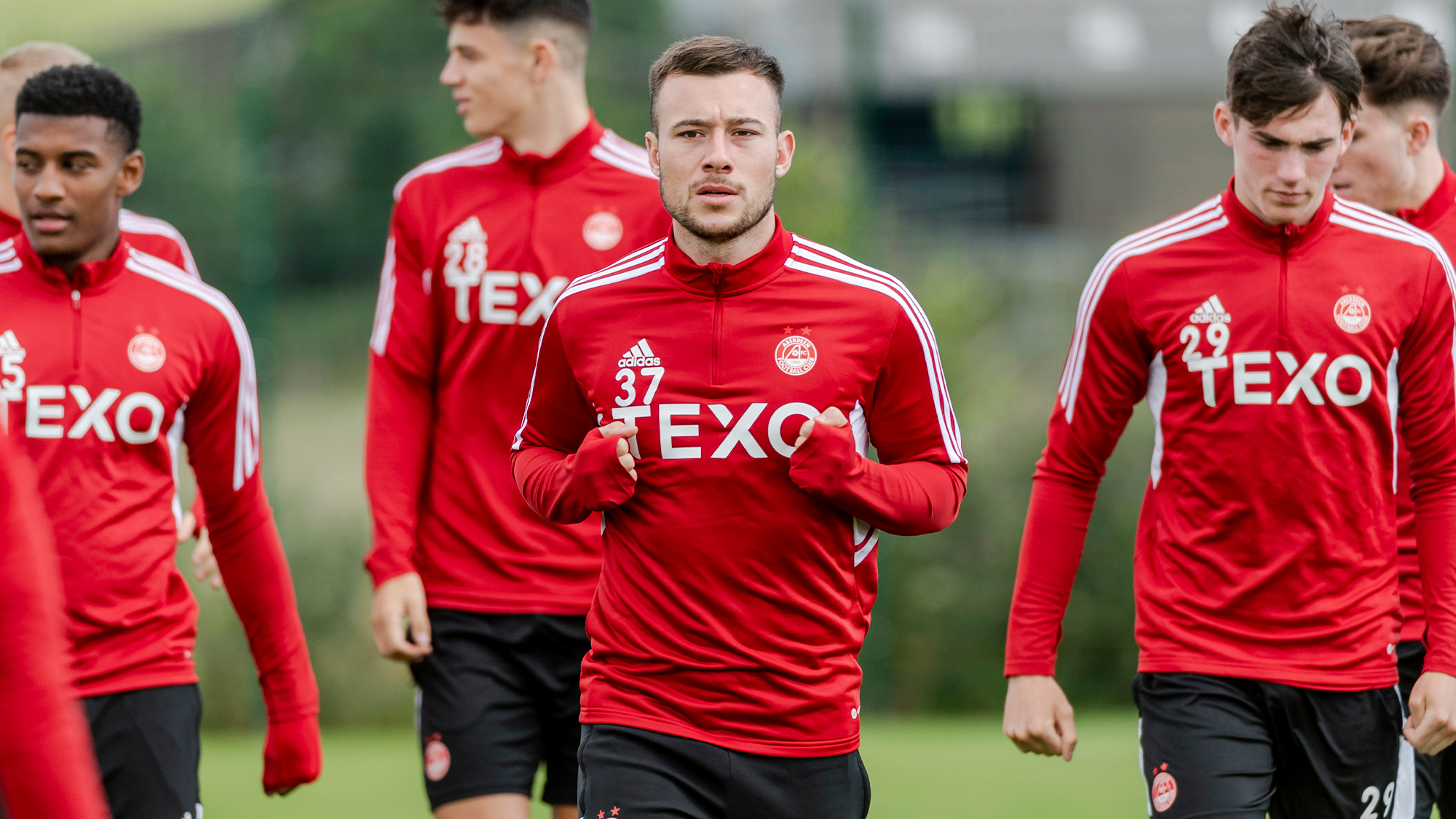 Q. A couple of the younger lads have headed out on loan this week, is there any movement in terms of any other players that may be heading out the door?

A. “The two young boys that you mentioned there, Mason Hancock has gone to Arbroath. Mason has had a great League Cup group stage, but we just feel that it’s vital that he continues on playing regularly week in, week out and I think it would be a hindrance for him to hang on  and have him sitting on the bench, so that’s the reasoning behind that.

“Kieran Ngwenya is very similar again. He had a great loan period with Kelty last year to help them to win the league and has earned a really good move off the back of that with a loan move to Raith Rovers, so we are pleased for those two boys. We’ve got another couple who are currently out on loan as well. Kevin Hanratty is at Forfar and Evan Towler is at Cove. The loan system has worked extremely well for the club up to now and we will continue to use that.

Q. What’s the target for Aberdeen in the league this season, what would constitute success?

A. “We need a vast improvement on what happened last season. Our main objective this year is to get back into the European competitions next season and to qualify for those kinds of games. We need to finish at least in the top four places in the league. That’s our main objective at the moment. I think for a club of this size we should always be looking to compete in the domestic cup competitions as well. So we’ve done well so far in the League Cup, we have qualified for the last 16. We want to get to Hampden on a regular basis and do that consistently. There are two competitions, the Scottish Cup and the League Cup that we should be aiming to try and win season on season. It’s never easy to win a cup competition every year, but we certainly should be putting ourselves in a position to compete.”

Q. In an interview with your captain a couple of days ago, he was talking about how he thinks Aberdeen should be challenging at least for third sport. You obviously feel you’ve got a squad in place who can do that?

A. “We have got a very similar playing budget to the likes of Hibs and Hearts. We know that Hearts finished third in the table last year, so we should be up there competing with them this time around. Last season was extremely disappointing for everybody involved but this is a very new group. There’s no scars hanging around from last season. There’s no reason why this group of players can’t be positive and can’t be optimistic. The new lads have settled in really, really well. That has to be the target.  I’m not going to come on here and say our aim is top six, I think the supporters would be up in arms if we spoke about that. Aberdeen is the third biggest and supported club in the in the country and should be competing for the top three top or four spaces every single season and that is what we want to get back to doing that this year. 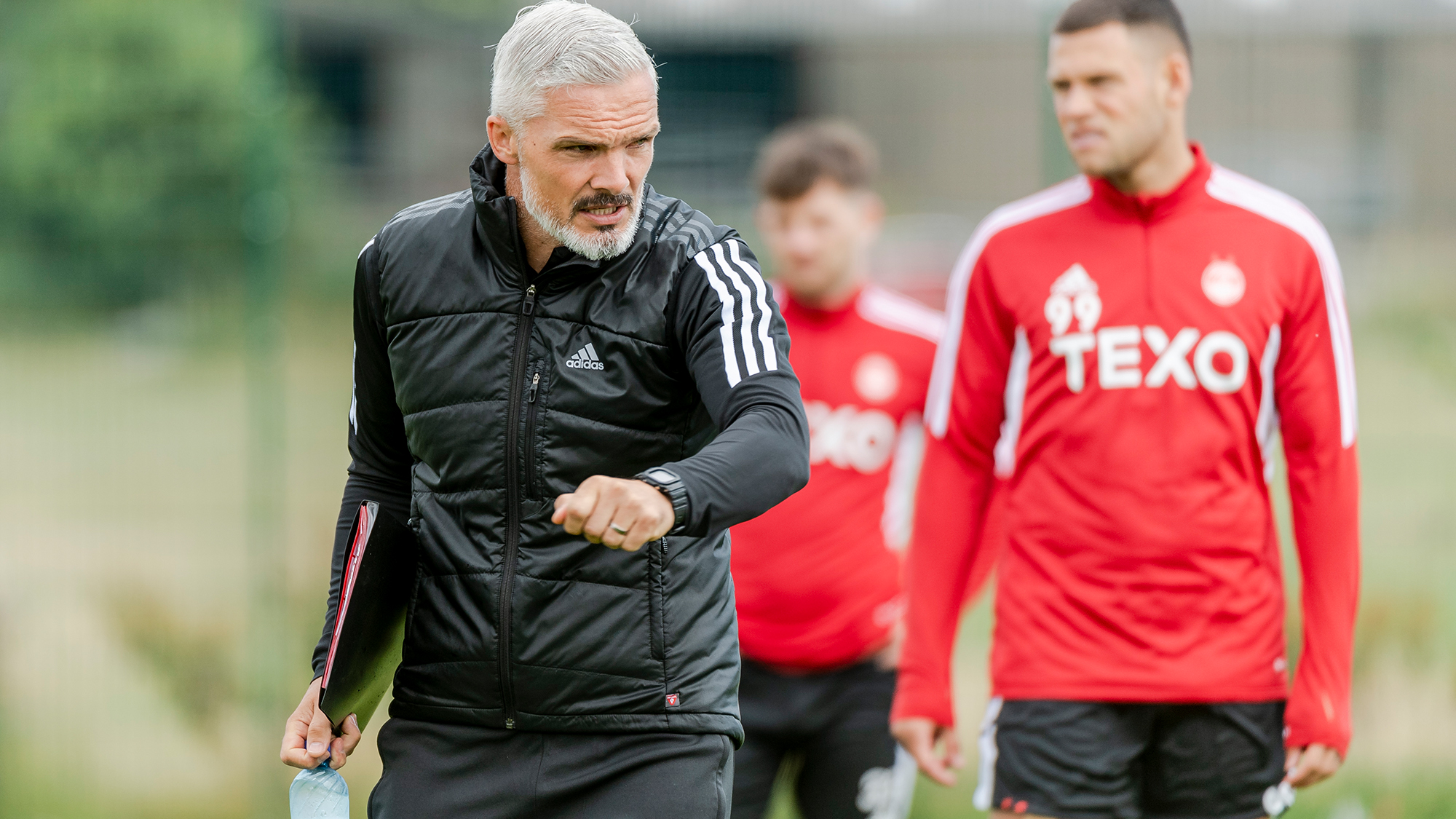 Q. Do you get Celtic at a good time with it being there first competitive game of the season?

A. “I don’t know if there’s ever a good time to go and play Celtic. We know exactly what’s happening on Sunday. The players are well aware of how the atmosphere is going to be there. They’re celebrating and flying the flag from winning the league last year so we know what that brings with it. It’s up to us to try and quiet the fans and get off to a good start and really impose ourselves on Celtic from the first whistle. My lads are going into the game in a really good place mentally off the back of some good performances in the League Cup, and we just have to try and carry on that momentum and go there and give a really good account of ourselves.

“We’ve got such a new group of players from different parts of Europe and obviously the UK who have never experienced going to Celtic Park before so they don’t have that fear of past defeats if you like, so it’s a very fresh start for a lot of them and they’re all very excited and they want to go there and give a good account of themselves. Those types of fixtures are the reasons that a number of our squad have come to Scotland this year. They want to go and challenge themselves in big venues in front of 60,000 people against international quality players and I think we’re capable of doing that.”

Q. How satisfied are you with the transfer business that has been done so far?

A. “I’m delighted with the business that we’ve done up to now. I think the nine players that we’ve signed they’ve all improved the squad and I think that’s the the objective of any transfer window is to come out a bit stronger than what you went into it, we’ve had a huge turnover of players, we’ve had 15 players go out. We’ve brought in nine, we’ve promoted a couple of academy prospects. We’ve still got a couple of players, at least, I think to bring into the group. I think we’re in a very healthy position. People who have watched the games previously can see what we’re trying to do. We’ve added a real lot of energy, a lot of speed to the team. Hopefully that will bode well for going forward.

“With regards to the business in terms of the finance side of things, of course the club has done great. Steven Gunn, the Director of Football deserves a huge pat on the back for the transfer fees that he’s managed to bring into the club with the sales of Ramsay and Ferguson. That doesn’t mean that my playing budget has been increased by that amount of money. This is a big football club with huge infrastructure and big resources that all need to be paid for and that money will be used in a number of other key areas that needs developed. My playing budget is what it was when I first came in February, what we negotiated then, it’s very competitive. I’m delighted with it. I have to give thanks to the Board of Directors and the Chairman for putting the transfer money up to enable us to bring the likes of Miovski, Ramadani and Richardson to the club because we’ve had to pay a number of significant transfer fees as well in this window.

“It’s been a very busy window on the ins and the outs, but I believe we’re in a great place right now. I’m delighted that we’ve got this squad together in time for the league opener against Celtic on Sunday.” 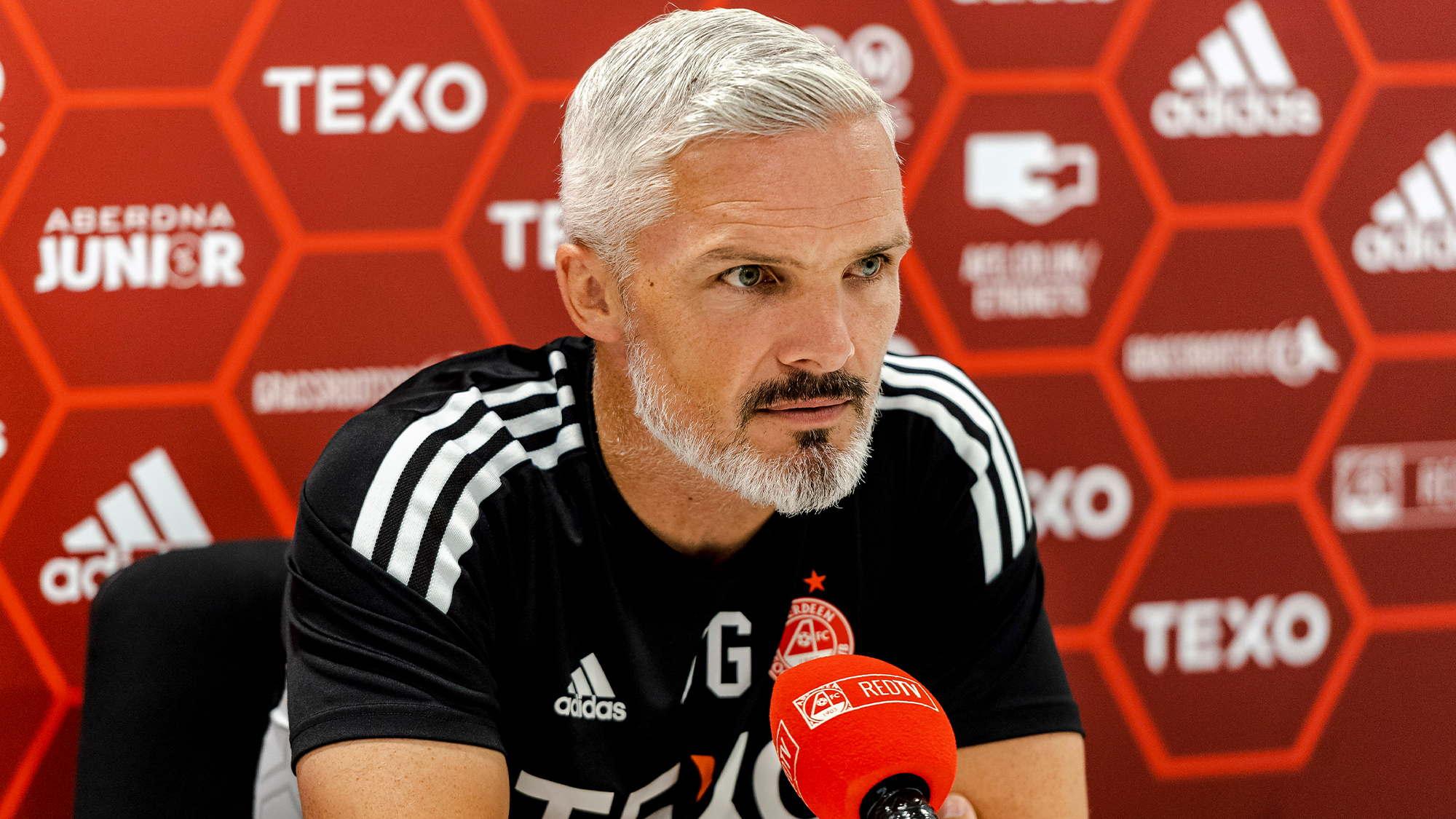