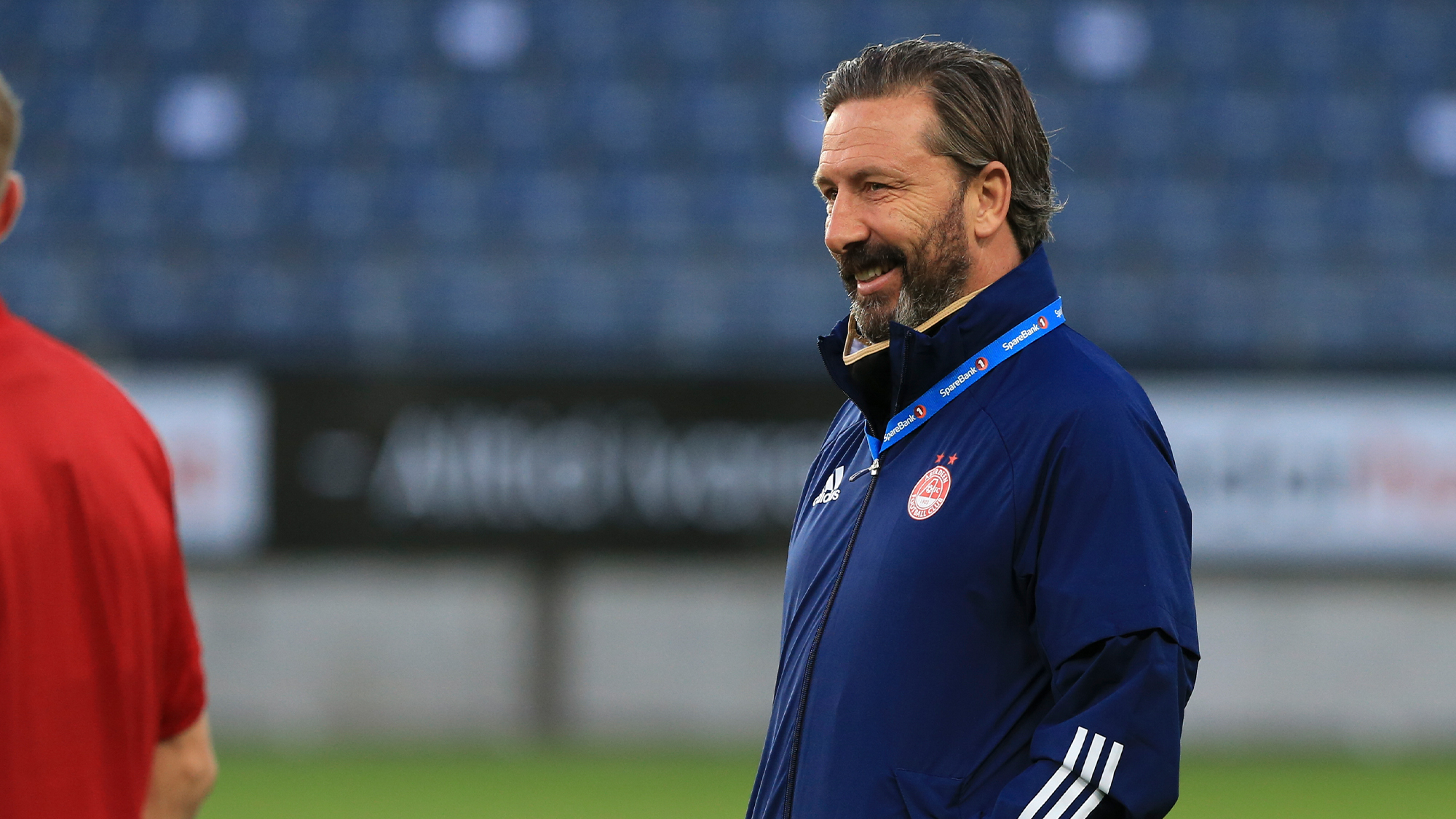 Aberdeen’s impressive start to the season notched up another victim in Stavanger on Thursday night as Viking FK became the latest team to be beaten by the Dons on this six game winning streak. Understandably, Derek McInnes was thrilled by the performance his team put in to come through the second round qualifier in the Europa League.

“I felt we worked very hard, there was a good spirit about the team, some very good performances as well. I was very pleased with the attacking aspect of the team, we counter-attacked well with Hayes, Wright, Hedges always asking questions of their defenders. We needed a goal and thankfully we got it just before half-time.

“We spoke at the break about trying to make sure we nullified their threat and they had one or two moments again, but once we got the second goal, we managed the game very well from there.

“They’re a more than decent team as people will have seen. The attacking threat was clearly there, and we picked a team to try and keep that in check as well as create opportunities for ourselves. We always felt if we could get at their back four, we would have chances to score goals and some success.

“I thought we just about had the right mix about the pitch, we had enough size to deal with the physical side, enough experience, enough speed too. I felt if we could demonstrate the speed we have in the team, they would struggle to deal with it, which they did.

“Away from home in any game, but especially this level, you have to expect the home team to have spells when they ask questions of you as well. You need players who will stand up to that threat, you need experience of guys like Considine, McKenna, Hoban, Logan when he came on, Hayes as well. They took up good positions to see off the threat. Keeping a clean sheet here against Viking says a lot about the whole team’s efforts but particularly the defenders who had that full concentration through the majority of the game.

“In front of them, Ferguson and McGeouch had their hands full as well. They try to stretch you out and then when they get it out in the wider areas, their two like to attack the box as well, so they’re a handful. I thought our two boys did a lot of good work out of possession to minimise the threat.”

The win was sealed with 12 minutes to go when Ryan Hedges achieved the unusual feast of scoring direct from a corner which, if not entirely planned, came about because of the way Aberdeen wanted to take their set pieces on the night.

“They mark zonally with five big guys across just inside the six yard line. We wanted to put it in with pace on the inside the left shoulder for us to try and run on to it because any touch is difficult for them to keep out there. We asked Ryan to put it in with speed, but we didn’t ask him to score the goal! It was a very good goal and that’s typical of Ryan at the minute, he’s doing very well for us, and long may that continue.

“It’s a pity there weren’t supporters here. The stadium would have been nearly full tonight in normal circumstances, and it’s a fantastic ground which would have generated a really good atmosphere for what was an exciting game. There were chances for both sides. We were bemoaning a lack of conviction from ourselves at times when we had some chances and perhaps we should have taken more of them.

“But the win is the thing and its earned us a great opportunity to go out to Lisbon next week and play another big team in a great stadium. That was a big incentive tonight, we spoke about it before the game, it’s something we wanted to experience and the only downside again is that the supporters can’t experience it with us because plenty would make that journey if they could.

“But that game is something to think about on Sunday night because Motherwell is the priority now. That’s a very important game in our season and we’ll need to look. At what we need to do in terms of freshening up the team for that one.”

As well as the motivation of playing in Lisbon next week, there was another real incentive for the Dons to win the game tonight, the manager explaining, “We lost a very good man the other day, Gerry Docherty. He was the best of the best, so that win was for him.”