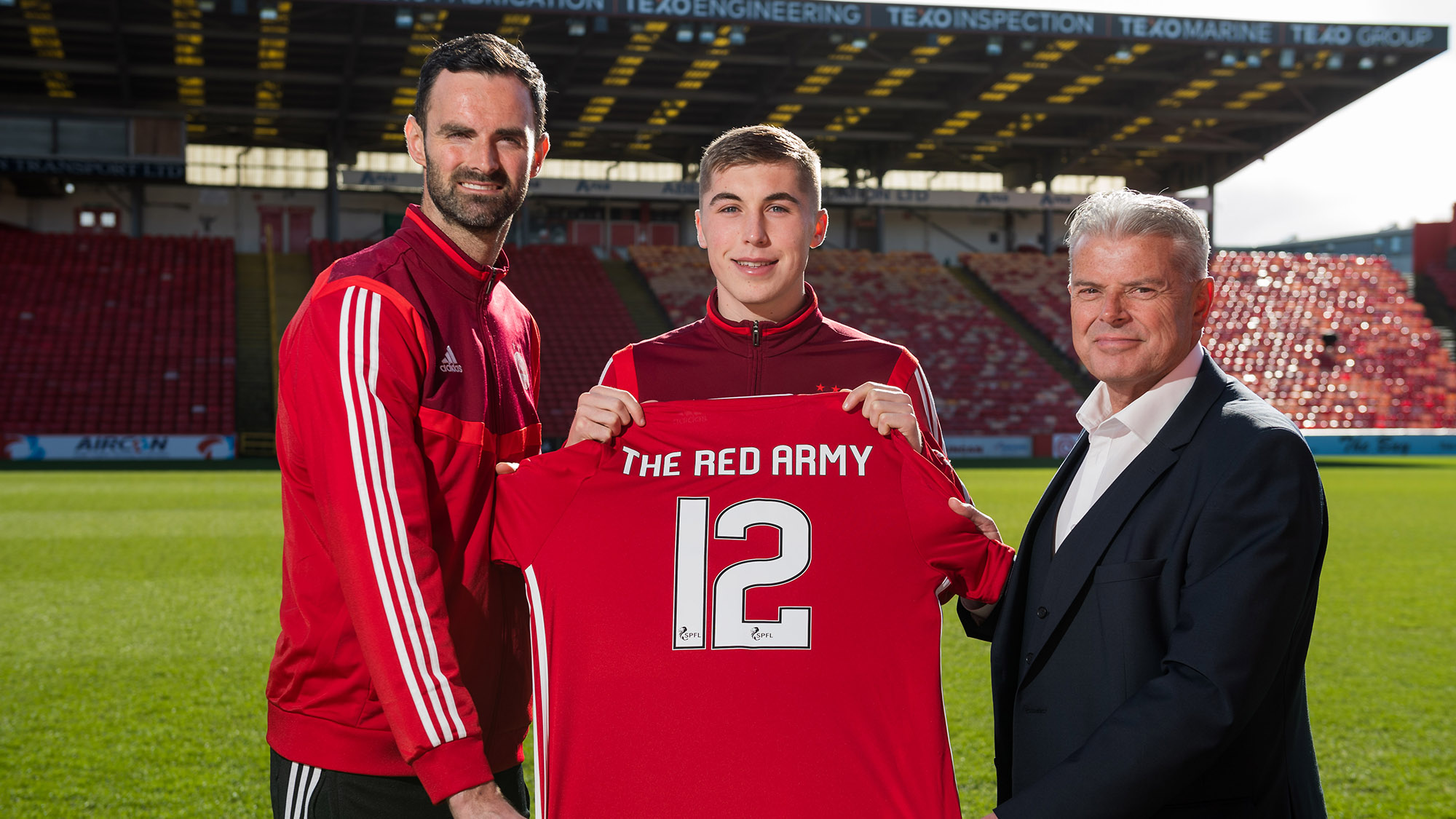 “The free DNA membership for under 12s is an amazing initiative.

“It is important that we get as many kids as possible to Pittodrie at a young age and that they become fans for life like me.

“I have experienced real contrasting emotions in recent weeks.

“Getting the red card against Ross County was probably the lowest point of my career so far. I made a mistake in the game; I just wasn’t thinking at the time. I felt responsible for the defeat. It was a horrible feeling and it is something I never want to experience again. I will learn from it and hopefully it won’t happen again.

“The Saturday night was a tough night. I felt responsible for the defeat because I had left the team with 10 men. Barry Robson tried to cheer me up by telling me he had 13 red cards in his career!

“I came back in on the Monday and have been working hard behind the scenes to try and make things right.

“Thankfully the next game we had against St Mirren in the cup, the manager had faith in me and put me back in the team. That gave my confidence a massive boost and thankfully we got through to the semi-finals.

“The Kilmarnock game in the cup replay before that was crazy. One minute you were high, the next minute you were low. I felt we dominated the second half and we deserved the goal we got through Andy and we probably deserved to win it in normal time. When we got the equaliser and then went one up, you were thinking that was it and we just have to see it out. They then scored a good free-kick and took the lead.

“When we scored again through Sam, I was then starting to prepare myself for taking a penalty! We thankfully got the winning goal; it was an incredible night and one that I will never forget. 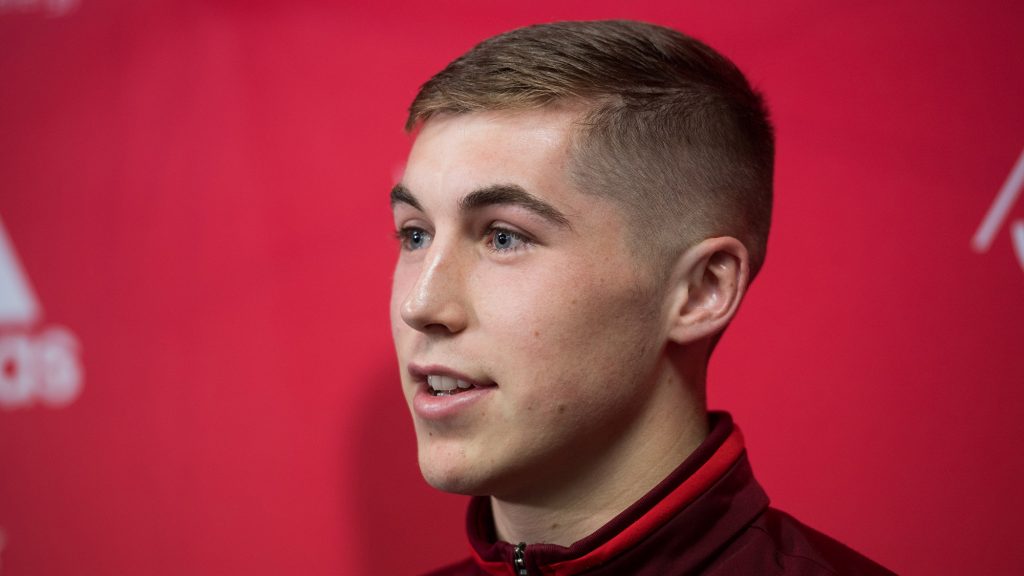 “The competition in midfield is really good, I enjoy it.

“When the manager picks me, it shows that he has faith in me because of the competition and the quality that we have in there now. I have been playing a lot of football this season and I need that at this stage of my career. I need those experiences and I need to develop as much as I can. For me to be playing alongside and in front of some experienced players has been very good for my development.

“Matty is a bit of a character, I think you can tell that from some of his interviews! He is a really good guy to have around. I sit next to him in the dressing room and he has been really good for me. He has been exactly what we need on and off the pitch.

“I get on really well with Funso. After training we try to do some extra training together based around our midfield work. He has passed some of his experience from Belgian and Dutch football down to me and I am really appreciative of it. Craig Bryson as well has taken time out to tell me where I can improve. It has been really helpful for my development.

“The last time we played Motherwell at Pittodrie, we felt that we should have taken something from the game but to be fair they defended very well that night. It will be a very tough game on Friday but one we are all looking forward to. Third place is in our hands, if we win our games we will get third place and that starts on Friday.”