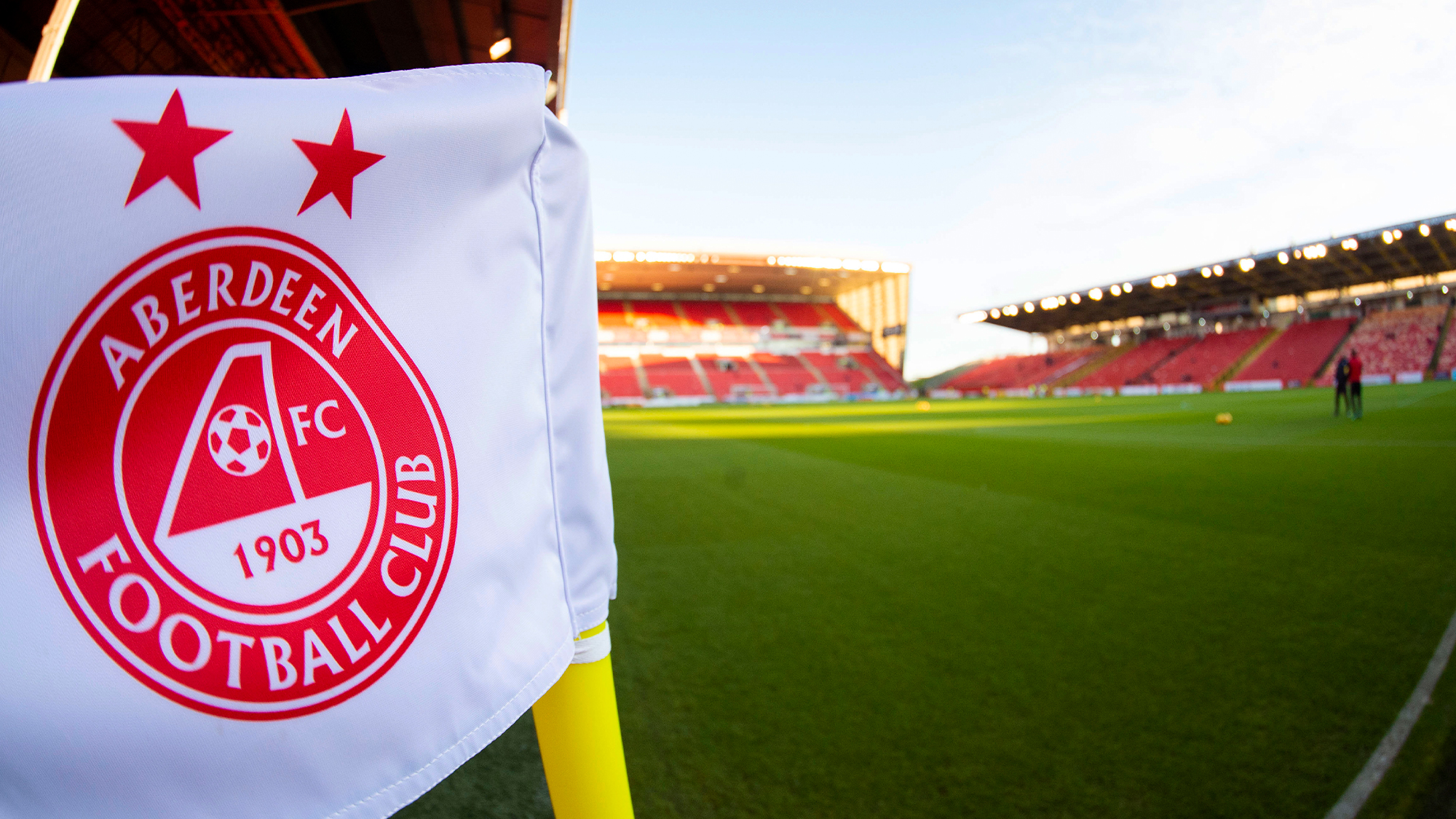 The manager sat down with the media this morning at Cormack Park to preview tomorrow’s match with Hamilton Accies. 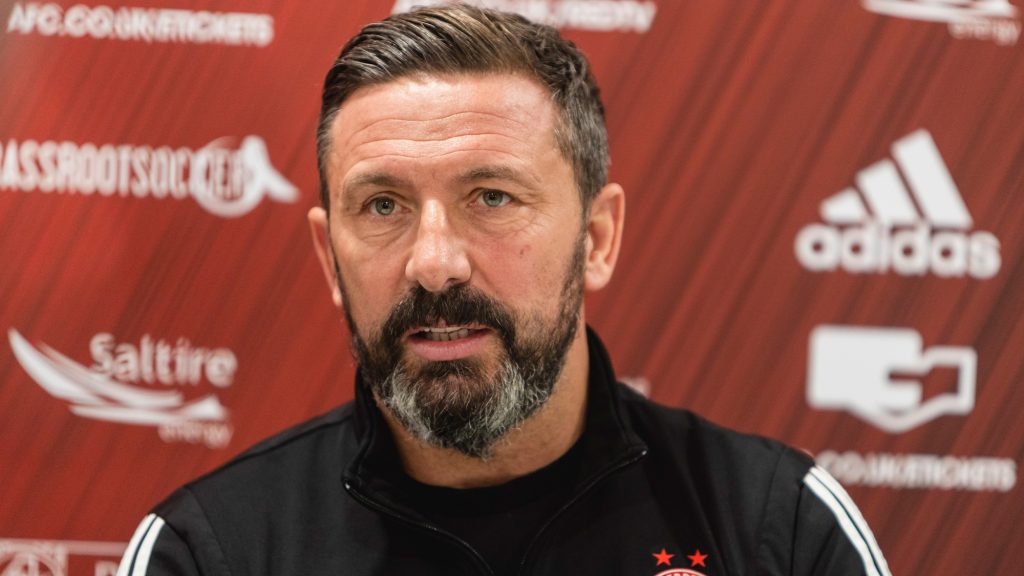 “Craig is not going to make the game tomorrow.

“There is a source of frustration for him and I. We have decided that rather than being rushed back it is important that he tries to build a base fitness with the physios and the medical team and hopefully he will be available before the turn of the year.

“On the other hand, Funso has done all of that work and has trained this week and trained very well.

“I am absolutely delighted to have him back.

“Those two boys were probably my two marquee signings in the summer.

“Funso was the only money that we spent in the summer. Bryson was obviously a key player and we worked hard to get him.

“Having one of them back is great news for us. We have not seen the best of either of them.

“Having Funso back will be a huge boost. Just even having him on the training pitch and training very well. He has improved the standard of training because he is such an accomplished player.

“I think we will see Craig in an Aberdeen shirt before the end of the year. That can change but we are not ruling him out and saying that we will see him after the winter break.

“The intention is to just get him the amount of work that he needs and the amount of rehab that his ankle needs, without rushing him back in.

“I think that we have all been guilty of trying to rush him back. Craig has been guilty, the physios potentially and myself as well of rushing him back into the team. Maybe he has not been quite ready, and we have just hoped that he will be okay rather than having that certainty. 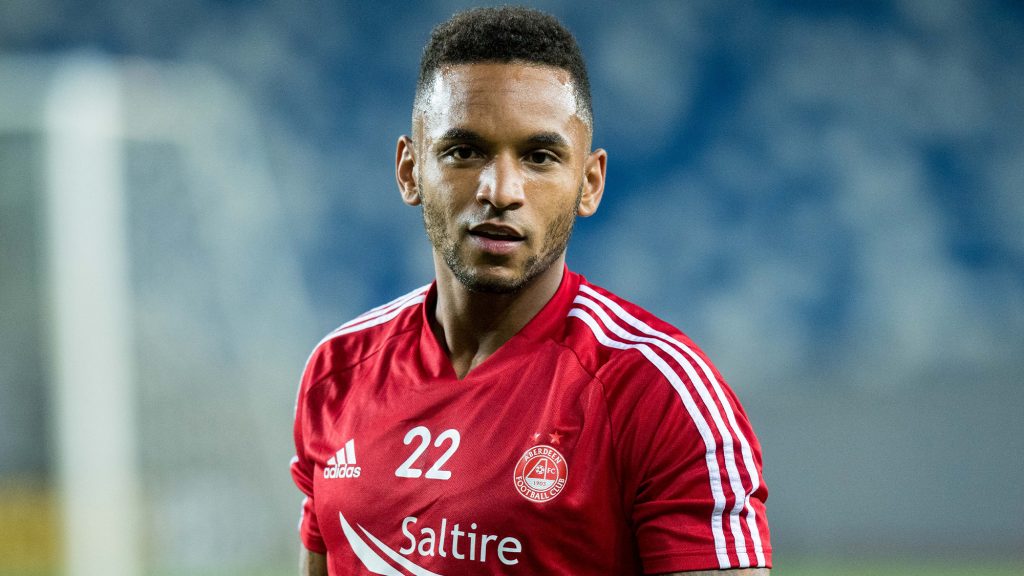 “We have got two home games between now and the end of the year and it is important that we maximise that. The first three points are available tomorrow. It won’t be easy. We have had a lot of competitive matches against various Hamilton teams over the years.

“They will without doubt make it difficult for us.

“What we need to do, looking back on the last couple of games and the type of goals that we have lost, is to be far more robust with our defending.

“Hopefully if we create as many chances as we did at Easter Road, we can be more clinical than we were.

“It is the goals that we conceded last week that has been our main focus this week and trying to address that. Hopefully we see that tomorrow.

“Up until the Hibs game I think we had two defeats in 16 games. The consistency of the team through results was okay. It was a big point in the game against Rangers, in the nature of the way the game went.

“It was maybe a bit premature to say it was a springboard, but it was a significant result for us.

“Hibs are a decent side. We normally do a lot better than we did against them. Looking at the performance, between both boxes we were actually very good, and we were okay in the game.

“We had the better of the game in the first half, better chances, we looked very solid in our work, but the first goal changed it.

“We have got to recognise regardless if you are the home or the away team the first goal is all important in the game and we have got to be far more difficult to breach than we were on Saturday.

“We potentially chased the game a wee bit early. We went for it and created numerous chances and on another day big Sam probably scores a couple of goals.

“It is unfair that responsibility should just be with Sam, it is up to others to chip in.

“Every team is normally dependent on one main striker, whatever club you are at. There is a guy who carries the burden of that.

“There is enough good attacking players that everyone could be doing a lot more on that side of it.

“We have had this conversation over the years before with Adam Rooney, he normally scored, Sam normally scores but when they don’t score it is up to others to chip in. We have all got to take a bit more responsibility with that. 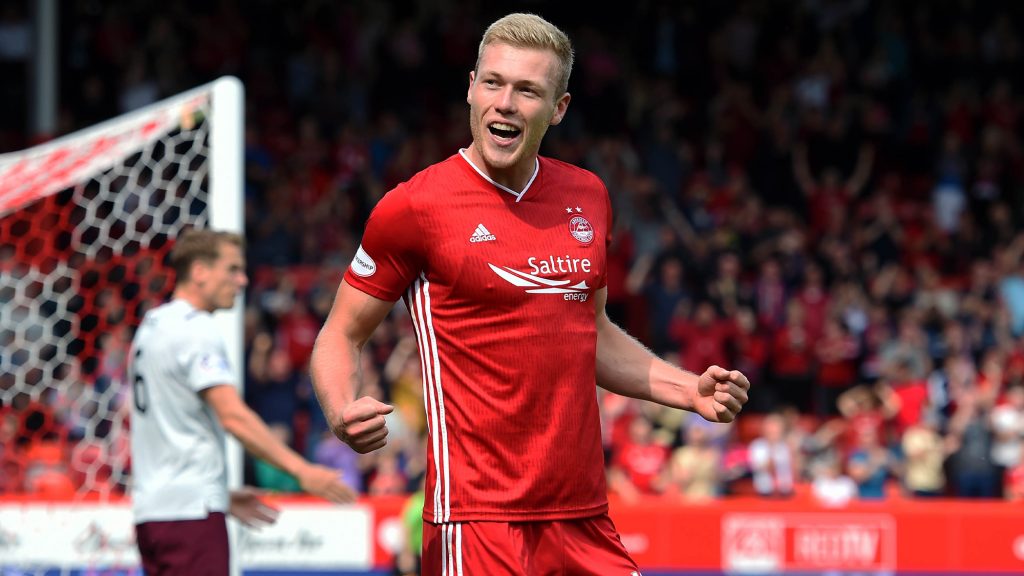 “You don’t become manager of Aberdeen if you cannot deal with criticism. You have to deal with being unpopular as well at times. That is just the nature of the job.

“We have had a lot of good days at the club. You take the rough with the smooth.” 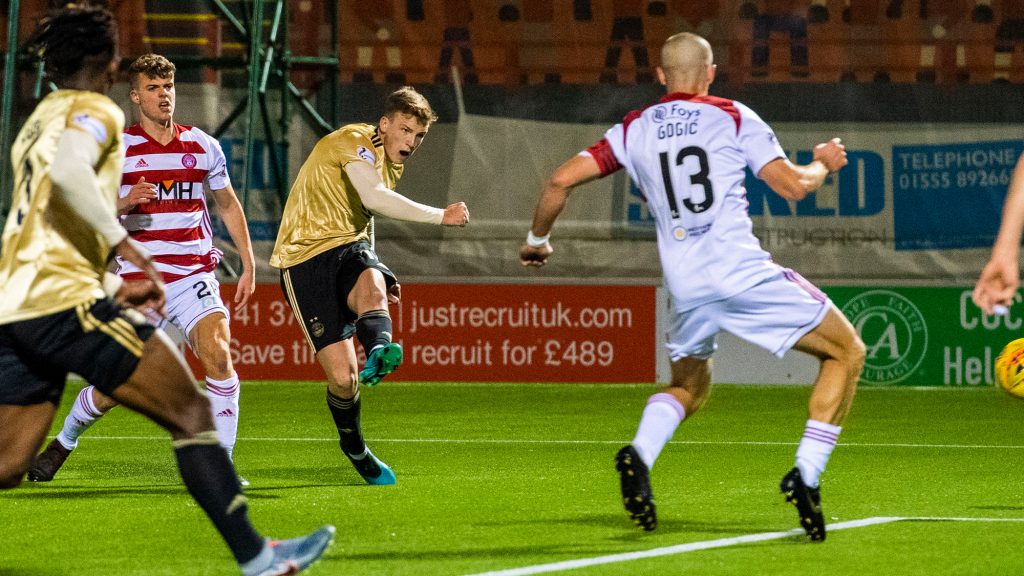 The two sides met at the end of October at the Fountain of Youth Stadium and it was The Dons who took all three points. Lewis Ferguson rifled in the only goal of the game after a well worked free-kick with Ryan Hedges to give Aberdeen a narrow victory.

– The Dons first faced Hamilton in their first season in senior football in the old Second Division in 1904/05.

– However, the biggest win for Aberdeen came in a League Cup tie at Pittodrie in October 1978 when the Dons trounced Hamilton 7-1 following a 1-0 win in Hamilton. Joe Harper scored four that night. The heaviest defeat came back in 1934 when Hamilton recorded a 6-1 home win in the League.

– Niall McGinn, who could make his 300th Aberdeen appearance, has five goals and five assists against Accies. Andrew Considine, who made his 500th AFC appearance recently, has scored four. 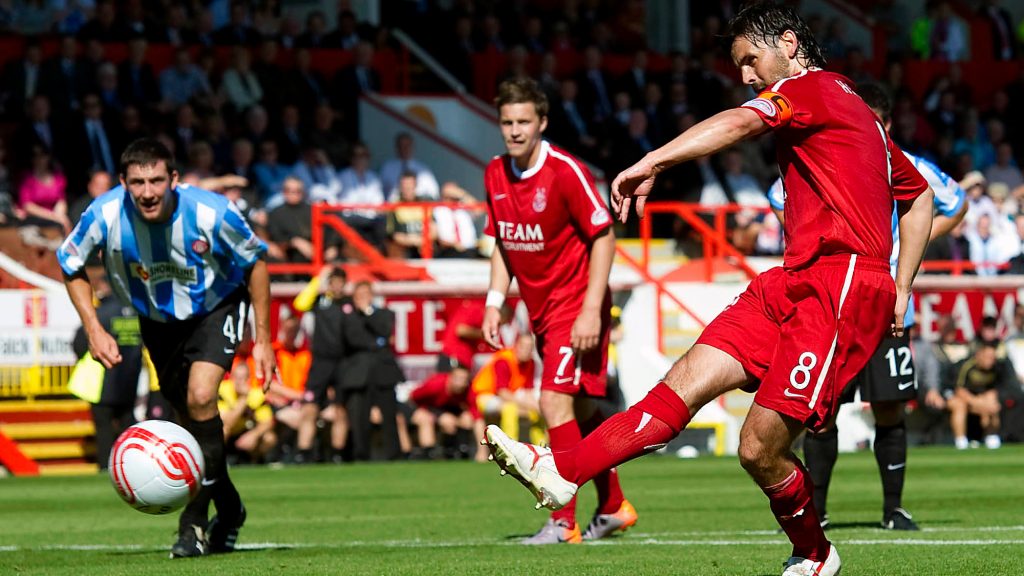 Paul Hartley made it a dream debut when he scored a hat-trick of penalties as The Dons kicked off the 2010/11 season in emphatic fashion. The new Aberdeen captain scored two from the spot in the first half and Zander Diamond put the result beyond doubt when he scored from close range five minutes after the restart. Hartley made it an afternoon to remember when he completed his hat-trick of spot kicks just after the hour mark.

Report | Dons Back To Winning Ways 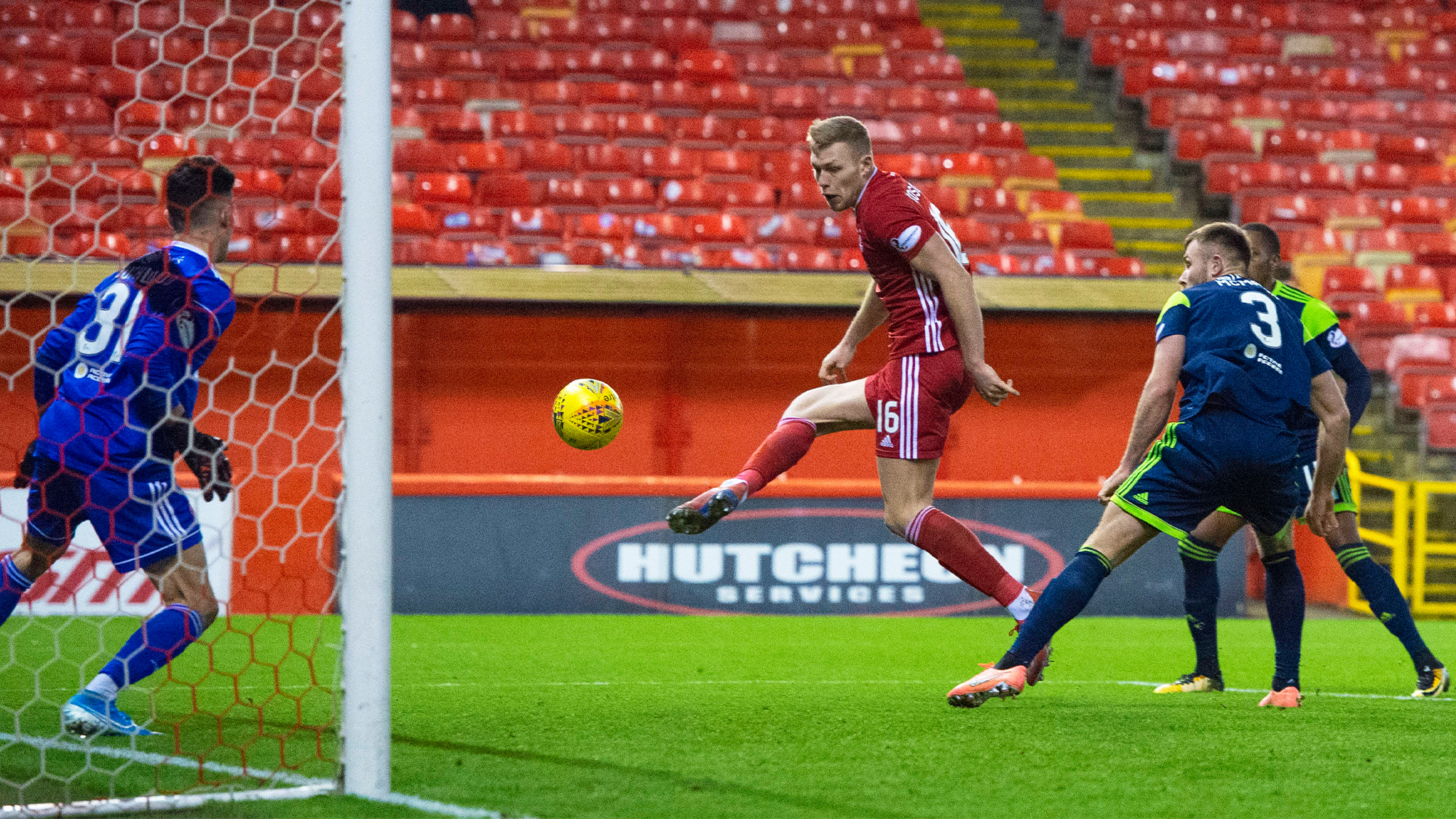 A workmanlike display from the Dons against a doggedly defensive and well organised Accies side eventually saw the hosts to victory, Sam Cosgrove’s 19th goal of the season enough to win the game.

Looking to get back to winning ways after last weekend’s defeat at Hibernian, and to leapfrog Motherwell who host Rangers tomorrow, Derek McInnes made three changes to his starting team. Funso Ojo returned from injury, along with Ryan Hedges and Niall McGinn, making his 300th appearance for the Dons. Andrew Considine and Jon Gallagher dropped to the bench with Zak Vyner missing out.

Hamilton, one of the bottom three teams, all on 12 points, were looking to bounce back after losing 1-0 at home to St Mirren last Saturday made five changes to their side with the suspended Alexander Gogic, Brian Easton, Lewis Smith, Marios Ogkmpoe and Steve Davies all missing out. They were replaced by Will Collar, George Oakley, Ross Cunningham, Scott Martin and Jamie Hamilton.

Accies were the first to break, winning a first minute free-kick through Miller’s theatrical dive 25 yards out. Fortunately, Cunningham put his effort straight into the wall.

The Dons weren’t far away in the sixth minute, going back to front smartly, Ash Taylor’s long ball reaching Niall McGinn who drifted inside to find Lewis Ferguson, his neat pass culminating in a pull back from Shay Logan, James Wilson’s deft touch at the near post bundled behind by the goalkeeper.

After a tentative start, the Dons began to slick the ball around nicely, staying patient against an Accies side that were defending in depth, Aberdeen trying to find the gaps. They almost found one in the 17th minute, Ojo pouncing on a loose ball 20 yards out, his shot getting a thick, spinning deflection that took the ball just over the bar. James Wilson’s corner was nodded onto Scott McKenna at the back post but under pressure, he headed wide.

As the half wore on, Aberdeen were penning Hamilton into their final third, constantly knocking on the door without finding the finish. Great feet from Wilson created a crossing opportunity for Logan in the 25th minute, Sam Cosgrove glancing his header wide of goal.

Two minutes later, a mazy run from McGinn got him into the box but his initial shot was blocked. Hedges was running onto it, his left footed drive well held by Southwood, who then took an age over clearing the ball from his hands, not for the first time.

The Dons almost broke the deadlock in the 35th minute, Wilson slipping McGinn into the box, Southwood down smartly to save with his legs, the ball rebounding off the advancing Wilson and ballooning goal wards, only for Hamilton to clear it off the line.

Wilson won a corner in the 39th minute, good control earning a shooting chance that was blocked behind. From the corner, McKenna gave someone out in the streets an early Christmas present, blazing his shot over the bar, over the stand and out of the ground.

A couple of minutes before the break, Greg Leigh went down needing treatment and after consulting the physios, off he went, Considine coming on to replace him.

Quick thinking by Ojo, taking a fast free-kick, almost opened Accies up as we went into injury time, McGinn’s cross reaching Logan at the back post, the massed ranks of the Hamilton defence blocking the ball away to safety, the last real action of the half.

Jon Gallagher replaced Ojo at the break as the Dons looked to find the goal their first half possession deserved. They caused immediate consternation in the visiting defence with a drilled cross from Considine, Southwood at full stretch to push the ball clear.

The goal did come in the 53rd minute, a lovely ball out to the left by the impressive Wilson giving McGinn the chance to look up and pick out a cross to the back stick where Sam Cosgrove did the rest from three yards out, nudging the ball in off the post with his right foot.

Accies finally tried a shot at goal after 64 minutes, Oakley slashing an effort from distance well wide but for the most part, the visitors were still happy to sit deep and soak up the pressure. Beck for Cunningham was their first change in the 70th minute.

Wilson took a nasty blow in the Christmas baubles as he blocked a cross in the 71st minute, then the Dons introduced Dean Campbell for Hedges as the game became increasingly scrappy.

Aberdeen won a corner in the 78th minute, their sixth of the game, McGinn sending it to the back post, Cosgrove heading it back across goal, the ball drifting wide. Hamilton then made a double change to try and find a late equaliser, Martin and Oakley making way for Moyo and Ogkmpoe.

The first yellow card of the day came Stubbs’ way in the 85th minute after he scythed down McGinn on the halfway line, the game drifting to its end, but still poised on a knife edge. Wilson could have sealed things in the 88th minute, his persistence creating an angle for a shot, but from just outside the box, he put his effort into the crowd.

A late goalmouth scramble involving McGinn and Cosgrove brought claims for handball and a penalty, referee Collum unimpressed despite the appeals of the Aberdeen forwards. In the end, it didn’t matter, Aberdeen seeing out the win and heading back into third place in the table.