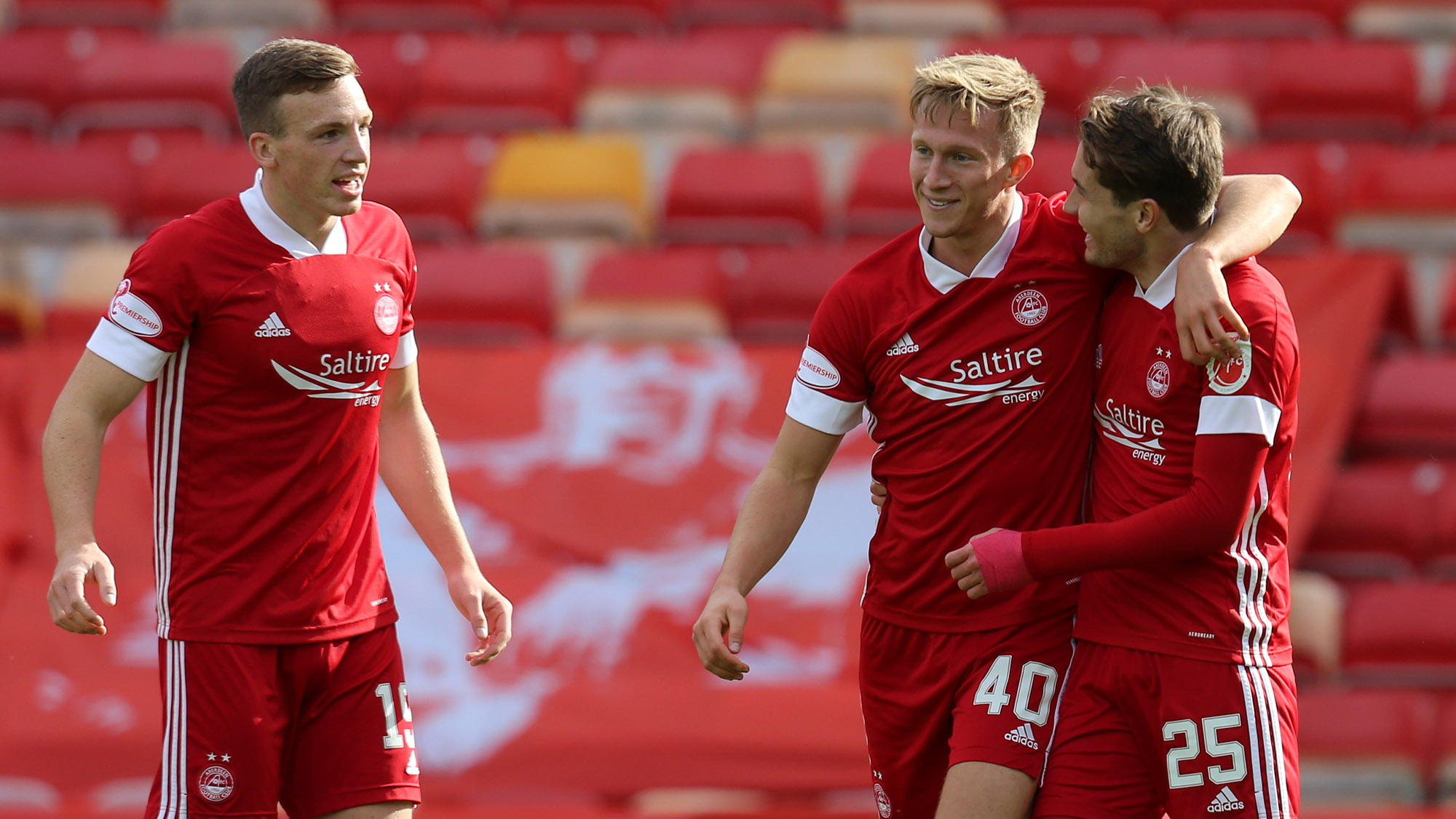 Scott Wright spoke to the media on Friday lunchtime to preview the game with Motherwell. To watch his full press conference on RedTV, please click here. 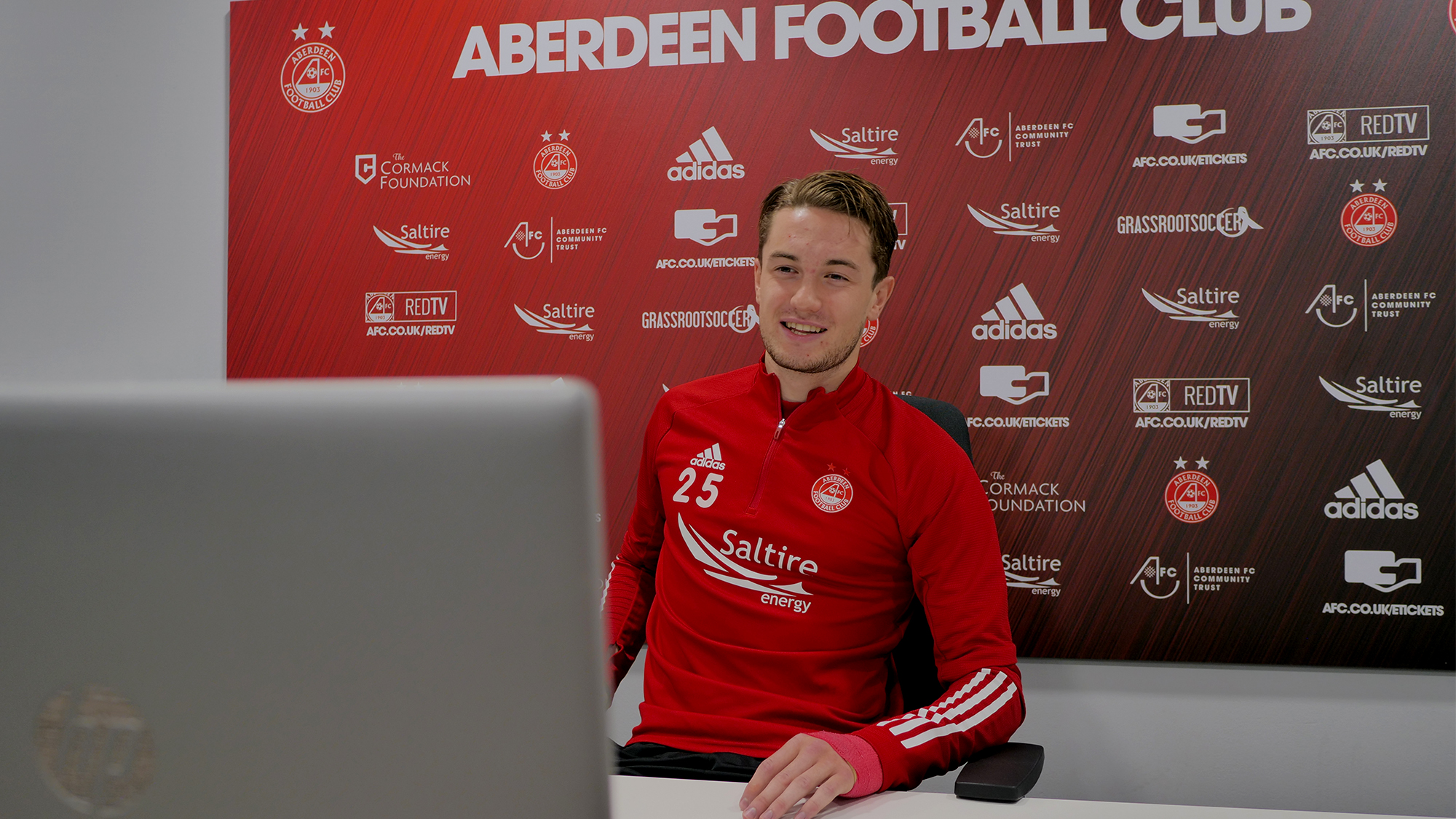 “It was a great result for the club. It was a really good team performance. We knew the strengths that they had, and they were very good attacking wise. We mixed fire with ice with the way that we played, we countered very well, and I thought we defended quite strongly as well.

“It is the glamour tie. We focused on the Viking game to get through that, but our attention turns to Sunday now and we need to make sure that we put in a performance and get a result.

“I am really looking forward to testing myself against them. They have a rich history and I think it will be a really good game.

“I am really enjoying my football at the minute. Last season was up and down for myself. I thought I started it quite strongly, but I got the injury and it is difficult watching for the side-lines. You miss football so much more. I am loving my football and I think most of the boys are from the way that they are playing, and everyone is going out to express themselves. We have got a good shape and togetherness about the squad.

“After my injury, it reminded me not to get too high when it is good and too low when it is bad, you have got to try and keep that middle ground and keep on working hard every single day.

“When I was injured, I had a fantastic medical team here that kept me right and kept me focused on my injury. I have got a lot to be thankful for and to my teammates and management staff. 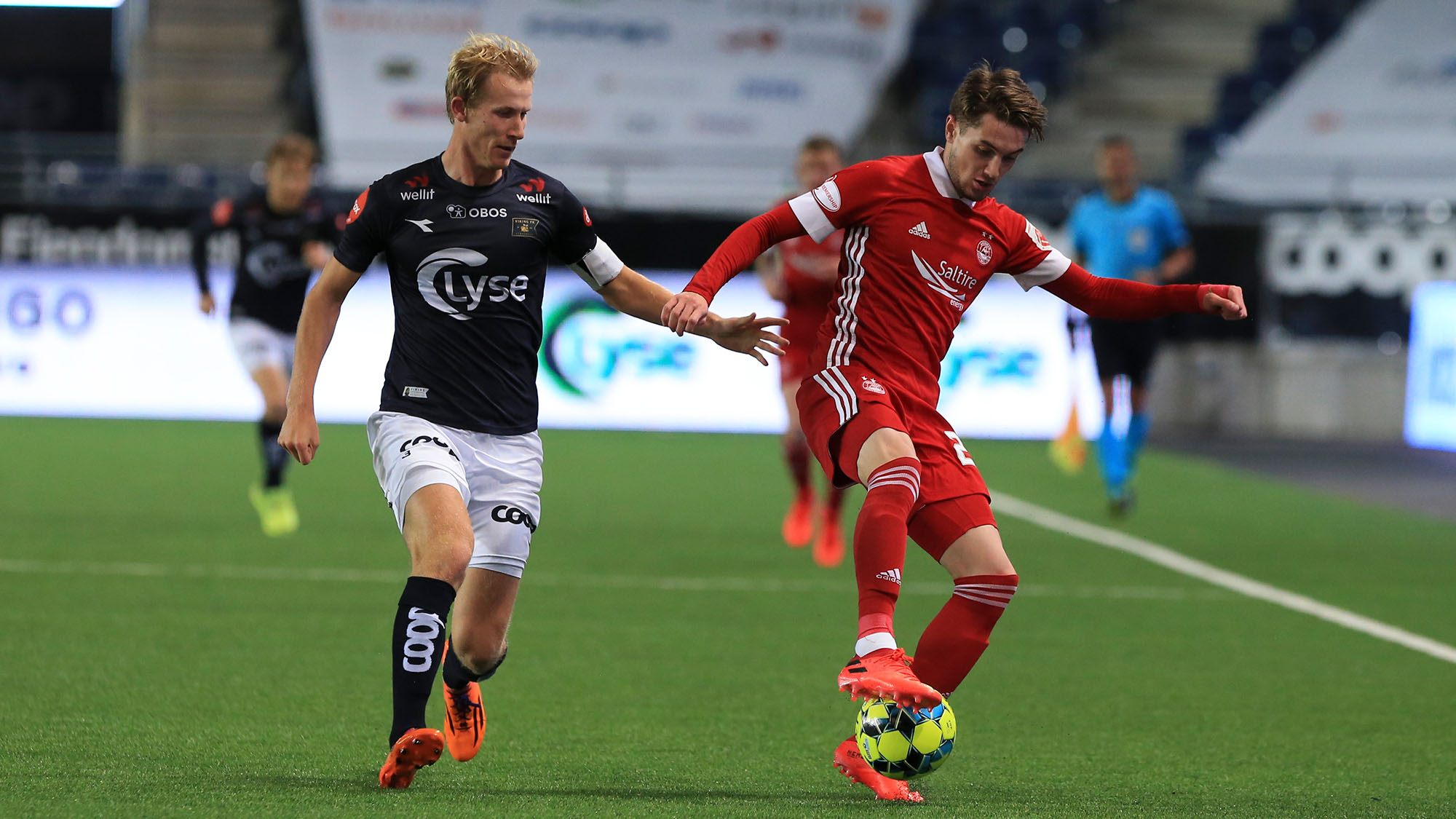 Role in the Team

“We have changed formation a wee bit, it is a shape that suits me. I am really enjoying it and I think a lot of the boys are. It is a different dynamic without Sam, but we look forward to him coming back.

“Momentum is massive in football. We are playing games every few days so we can keep that momentum going. It is important that we don’t get too carried away and we just keep focused and stay on that middle ground and keep working hard as a team.

“We have been good at focusing on our next match. A lot of people were speaking about Sporting CP before we played the game last night but we knew we had a game to play before we got to that and it was important that we dealt with it.  We now have to focus on the game on Sunday and deal with the game next week.

“There was a lot to deal with last month but it shows the strength of the club, not just the playing staff but  everybody behind the scenes has done their bit here, there is a real togetherness with the whole club. It is a whole unit here.

“It will be an interesting dynamic to see how the game goes. We will shape up our own way to attack and just play our own game. We have got momentum at the minute and everybody is growing in confidence. We are looking forward to the game.

“The games are coming thick and fast. We don’t have a lot of time to focus on the previous game or what is coming up. Our focus is on Sunday and then we can focus on the game next week.

“We were due to play Motherwell before lockdown, that seems like ages ago now! We know the threat that they pose but we are going into the game with momentum and will just try to keep that going.”

“The formation plays a real important part, but the boys have been able to get us on the ball a bit quicker. Me and Ryan have always enjoyed playing with each other and we have a mutual understanding with the way we play, and things are coming off at the minute.

“We both have the confidence if it doesn’t come off that we will try and try again. 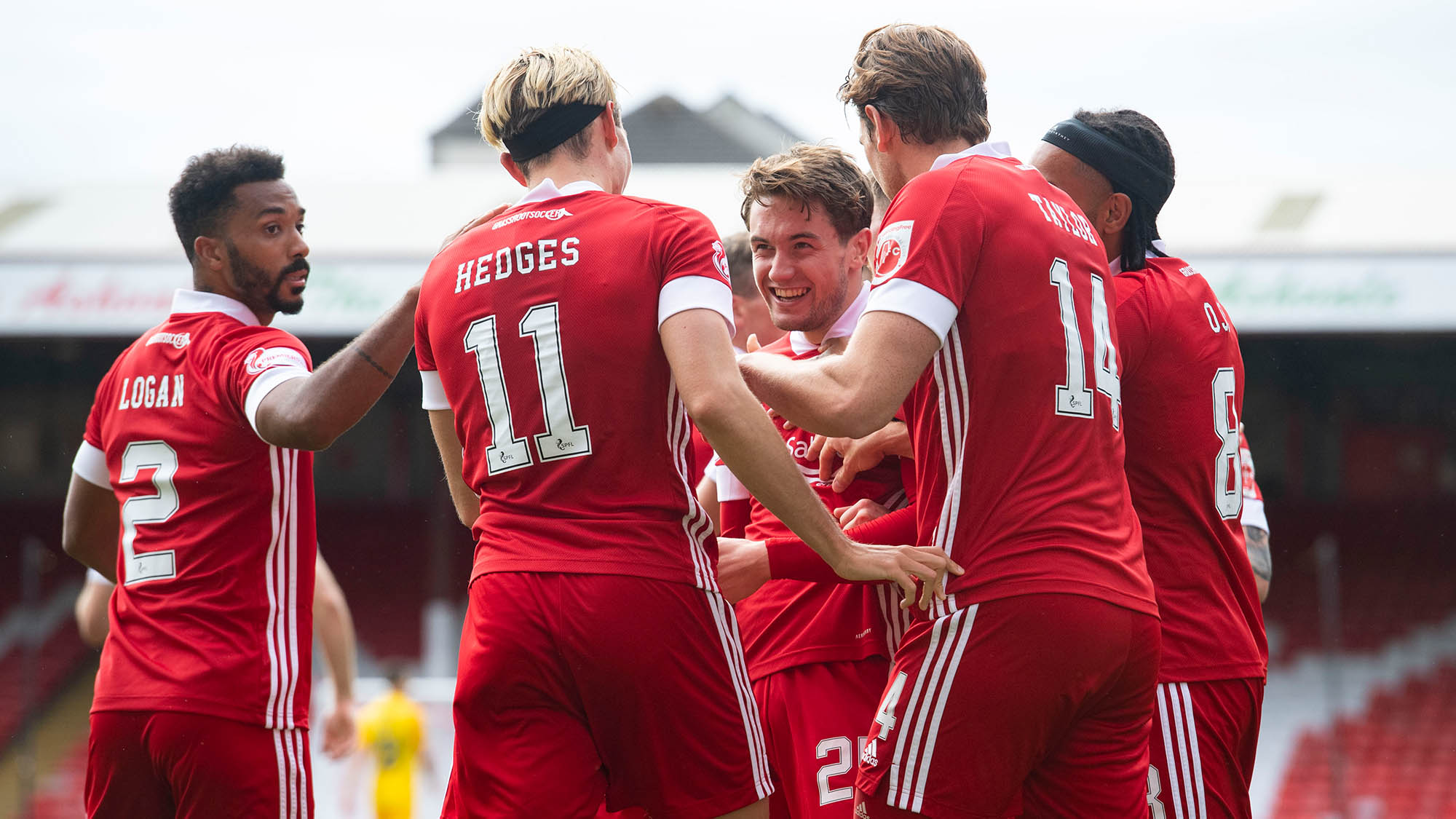 The manager also looked ahead to the match with Motherwell. 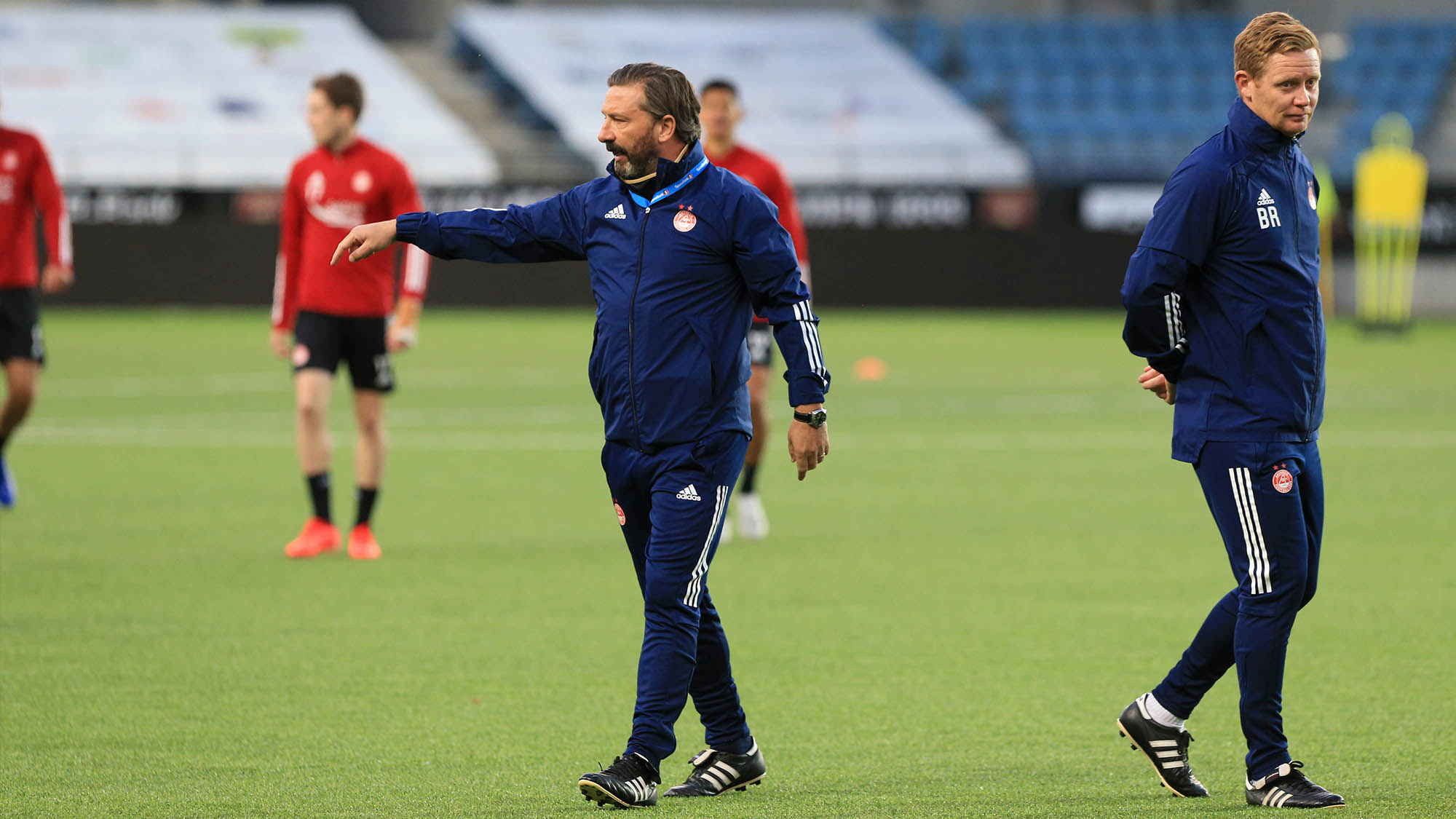 “Winning six games in a row is very pleasing and some of the performances have been very good, but I am looking for more. The exciting part for me is that I know there is better in us. All we’ve done is make a start. There’s so much more to do this season, but this start gives us confidence and encouragement.

“Consistency is the crucial thing, putting in performances and getting results game after game. That won’t be easy as we welcome Stephen Robinson and his Motherwell side to Pittodrie. We’ve had a lot of close games in recent times and they got back to winning ways last weekend so they will come here in confident mood.

“But we can be confident too given the way that we are playing at present. If we can continue in that vein, we will give ourselves every chance of getting the result we want.”

Head to Head Record at Pittodrie 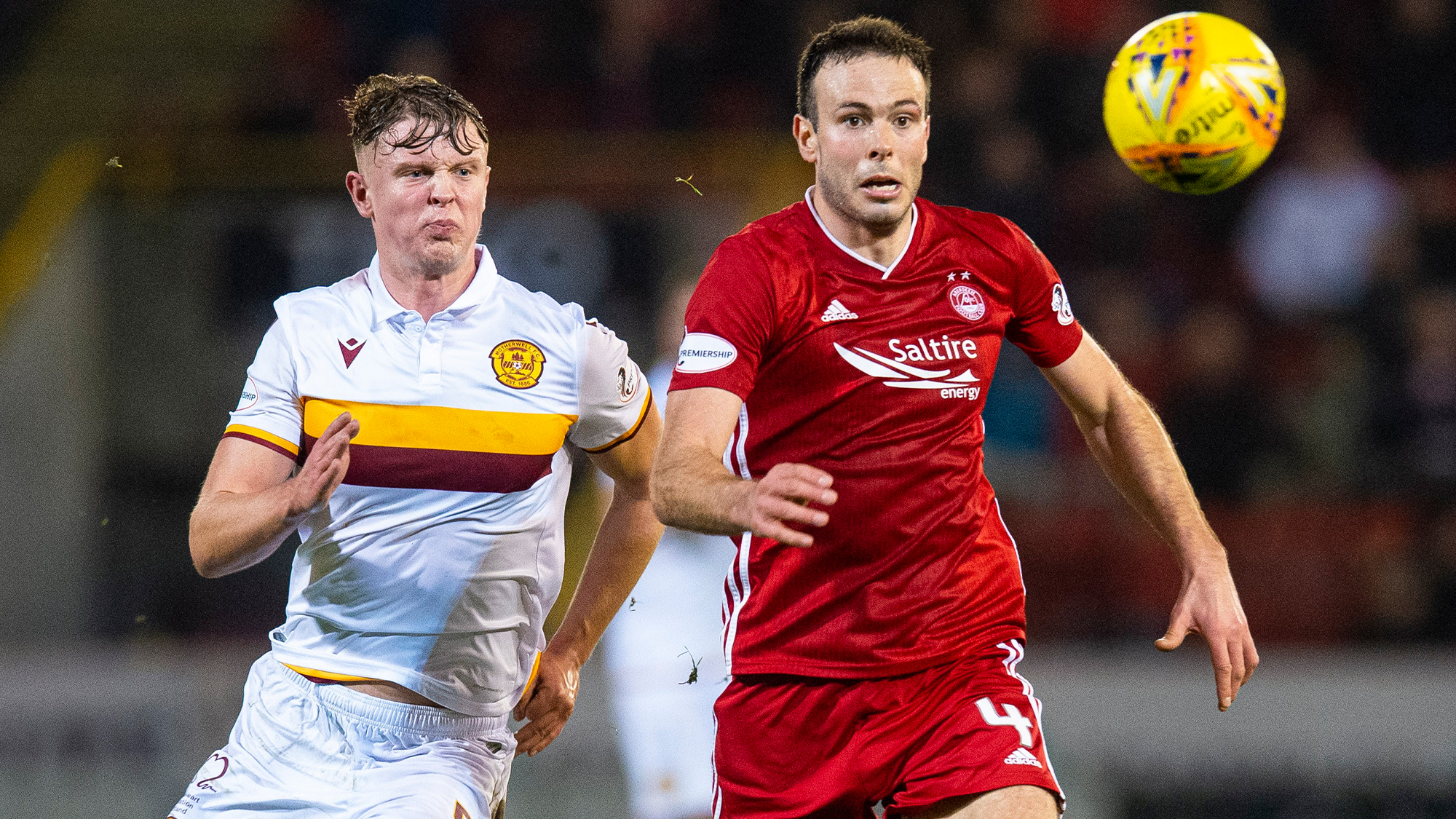 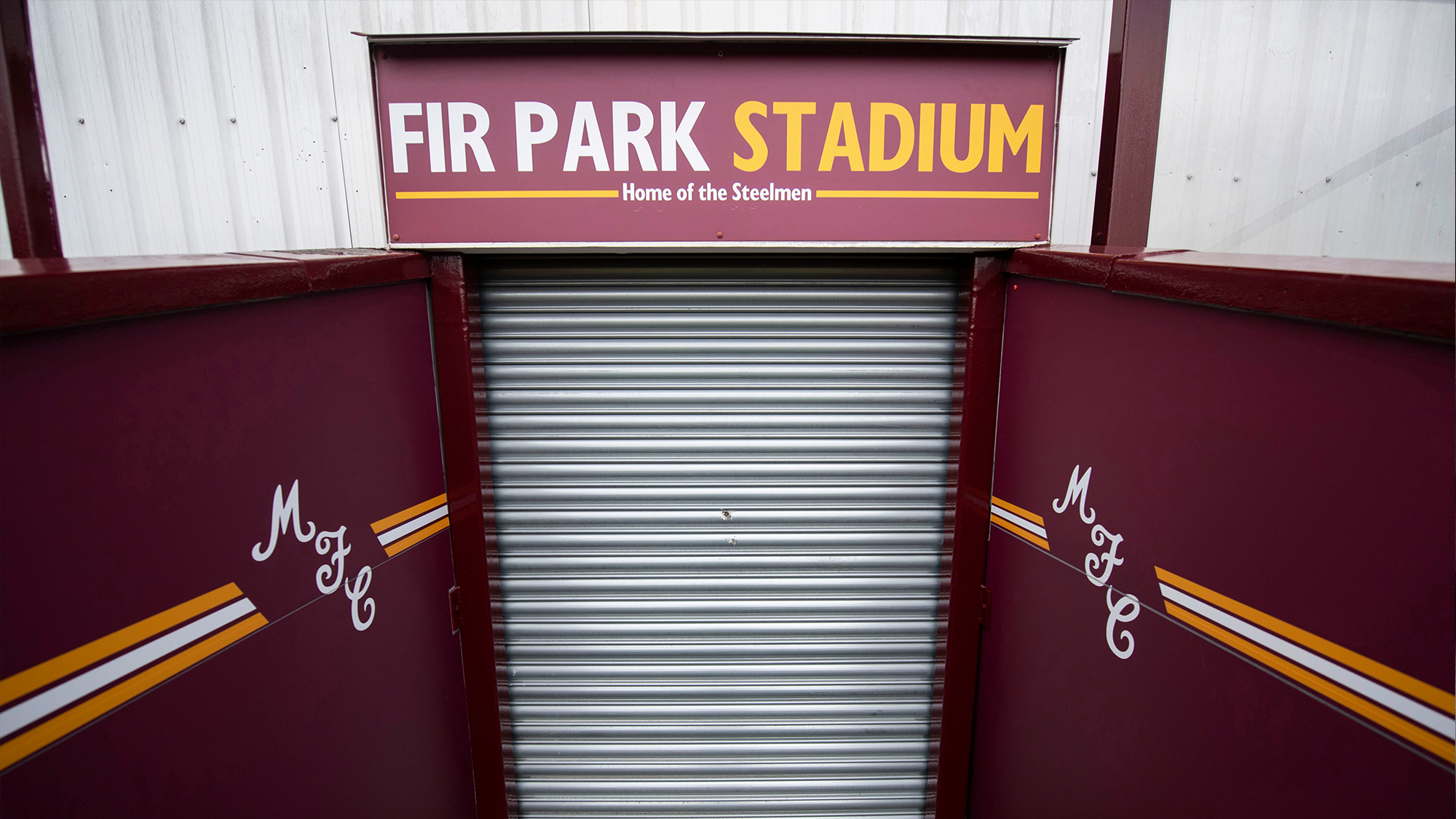 The last time the two sides were due to play each other was back in March but the game was cancelled due to the Coronavirus outbreak. The game was due to be played on the Friday evening in front of BT Sport cameras but was called off on the Friday lunchtime. Both sides were heading into the game on good form and the game was seen as a key match in the battle for third place. 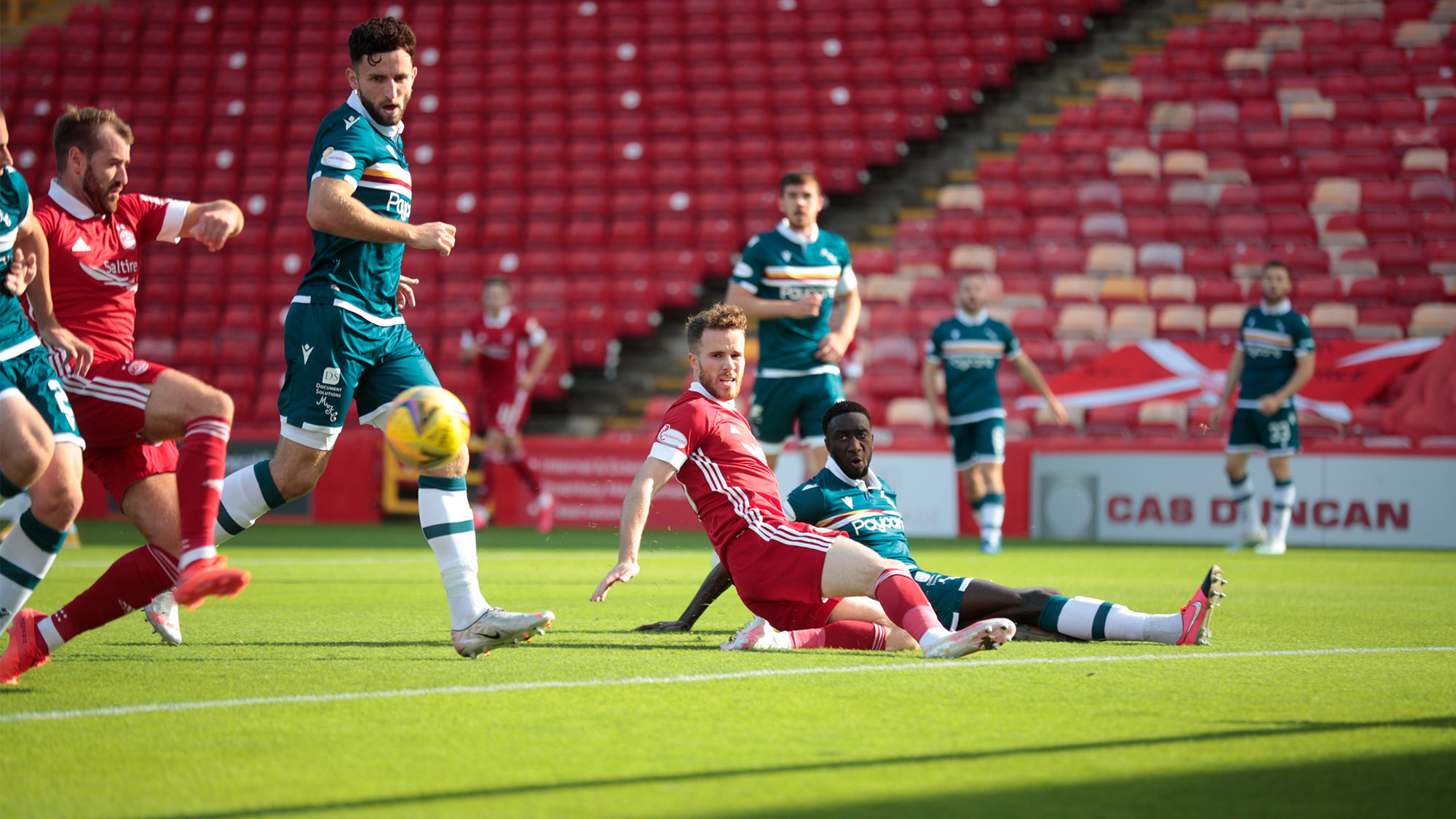 A catalogue of early errors from the Dons gave them far too much to do against Motherwell, making for the proverbial bad day at the office that’s best forgotten.

There were three changes for the Dons off the back of their win in Stavanger on Thursday night. Ash Taylor, Funso Ojo and Niall McGinn all came back in to the starting XI, with Dylan McGeouch and Tommie Hoban dropping to the bench and Scott McKenna absent from the squad. Bruce Anderson, Ronald Hernández, Dean Campbell and fit again Ryan Edmondson were also added to subs’ bench.

Motherwell made two changes from the team that drew 2-2 after extra-time at Coleraine on Thursday, before winning through 3-0 on penalties. Nathan McGinley and Callum Lang dropped to the bench, Liam Grimshaw and Chris Long replacing them.

On a bright and breezy day, the visitors were in front after just four minutes, referee Beaton the only man to spot a handball in the Dons’ area from Marley Watkins from a Motherwell free-kick, the visitors all running back to form up after the whistle thinking it was given for offside. Given the opportunity, O’Hara sent Joe Lewis the wrong way from the spot, burying the ball in the opposite corner.

Things went from bad to worse five minutes later, a poor clearance from Lewis going straight to Long 25 yards out and he strode forward before slotting the ball across the goalkeeper and into the far corner.

The Dons looked lethargic but there was better from them at last in the 14th minute, Jonny Hayes spearing a wicked cross through the six yard box, just inches in front of the onrushing forwards, a narrow escape for the visitors. Within a minute, Hayes was on the floor and needing treatment before he eventually resumed.

Motherwell were enjoying much the better of the play against a strangely hesitant Aberdeen and midway through the half, it was 3-0. A Polworth corner flew to the back post where Mugabi got free of his marker, attacked the ball and bulleted a header past Lewis, who got a hand to the ball but couldn’t keep it out. Ross McCrorie was claiming a foul, but there was nothing doing from the referee.

Nice interplay involving Ryan Hedges and Niall McGinn ended with a ball into Watkins in the box, the striker going down under challenge from Mugabi in the 40th minute but the referee gave the Motherwell man the benefit of the doubt.

Further proof that this wasn’t Aberdeen’s day came in the 43rd minute, Andy Considine curling in a lovely cross on the run from wide on the left, picking out Watkins who headed it down, past Carson, but the ball clipped the inside of the post and bounced back to safety. At least Aberdeen were now beginning to ask some questions of the visitors, offering some crumbs of encouragement for the second half.

Aberdeen were out early for the second half, three changes made with Shay Logan, Tommie Hoban and Ryan Edmondson all on in place of Taylor, Ojo and McGinn.

It was a good start by the hosts, Hedges setting Wright away down the right, his low cross just missing a red shirt. As Motherwell broke from there, Logan collected a booking for a foul on halfway. McCrorie soon followed him into the book for a foul on Watt.

Frustration was building as the hour approached, Motherwell sitting in and protecting their lead, looking to hit on the break when the chance arose, Aberdeen trying to find a way back into the game. Ferguson drove a shot wide of goal from a Hedges corner in the 61st minute, but Motherwell were always dangerous on the counter, Polworth stabbing a shot just over from 25 yards out a couple of minutes later.

Connor McLennan joined the fray in place of Wright in the 66th minute as Aberdeen made a fourth change. Ferguson became the third man to get a yellow card for a tackle on Watt with 20 minutes to go, Motherwell then making their first change, Long replaced by White.

Good work from Edmondson down the right created a chance for Watkins at the near post, Watkins unable to get enough wrap on the ball to turn it in from a tight angle in the 74th minute. The fifth Aberdeen substitution of the afternoon followed three minutes later, Watkins replaced by Anderson as the game began to drift towards its conclusion. Lang was then Motherwell’s second switch, replacing Watt.

Edmondson had a rare sight of goal after good work from McLennan down the left, firing one off at goal on the turn but the ball flashed over the bar in the 82nd minute. Polworth made way for Maguire with four minutes left on the clock. An afternoon where the Dons were off the pace was summed up three minutes from time with another Ferguson shot from 20 yards that flew over the bar, Carson untroubled again.

After a terrific run for the Dons, these were 90 uncharacteristic minutes where nothing went right, an afternoon best consigned to the history books. Aberdeen move onto Thursday and to the game with Lisbon.