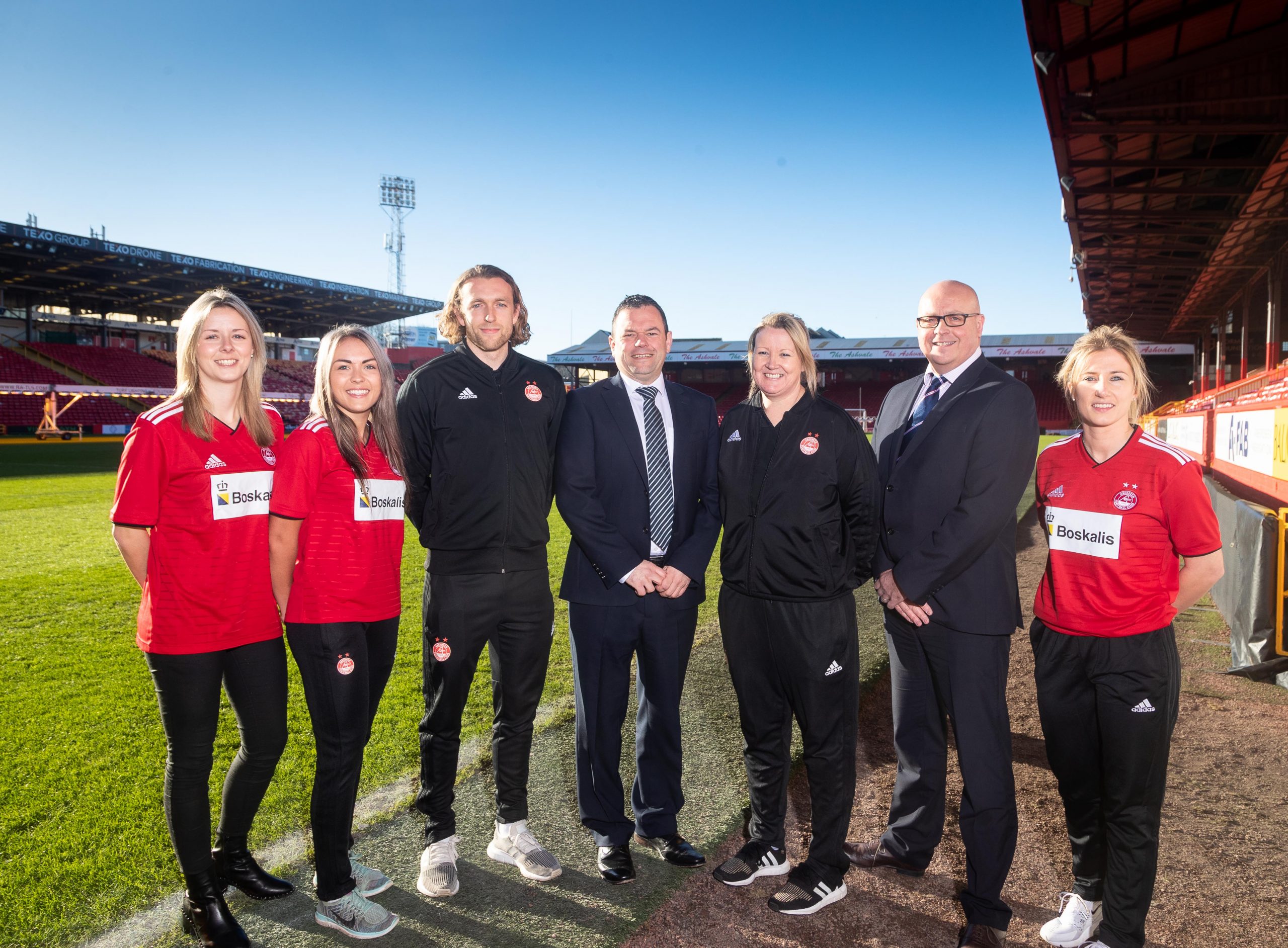 In 2019 Boskalis was appointed the official sponsor of the Aberdeen FC women’s team.

The Club’s vision for the women’s team was to ensure it was the leading developer of women’s football in the North-East of Scotland, giving due care to their education and welfare, with the ultimate aim of progressing the team and players into the Scottish Women’s Premier League.

The vision was based on a desire to add value to the women’s team and optimise every woman’s chance of achieving their goals as a professional footballer.

Aberdeen FC are committed to developing processes, practices and plans to ensure that football is open to all and over the last two years Boskalis have played an integral part in getting more females involved with football by helping the Club towards a more inclusive future involving women’s football.

The partnership has further promoted Boskalis as a community supporter in the North-East of Scotland and has helped to make a difference to the future of women’s football in the region.

It has also created more opportunities for more girls in the local area to get involved with football and physical activity.