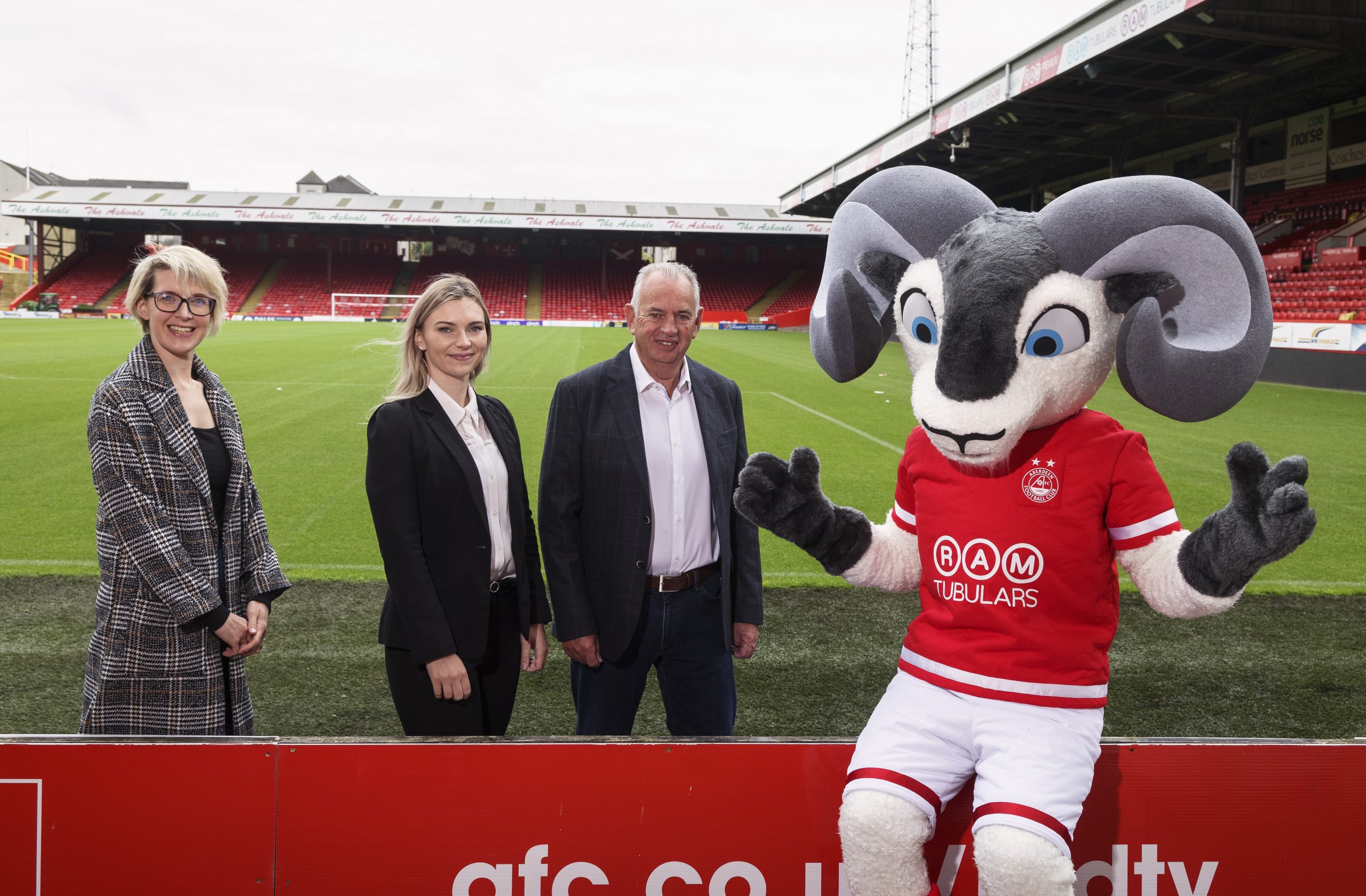 RAM Tubulars, service leaders in tubulars for the energy and construction Industries, has signed a three-year deal to become an Official Supporter of Aberdeen FC’s Bobby Clark Youth Academy.

A long-term supporter of Aberdeen FC, RAM Tubulars were keen to strengthen its relationship with the Club. A key driver in their decision was the opportunity to bolster the ‘pipeline’ of young talent coming through the ranks at Pittodrie.

A champion of young, local sports talent in the North-East, RAM Tubulars has been title sponsor of female race car driver, Hannah Chapman, for over six years and also sponsors young athletes in the Grampian Athletics League; the RAM Athletics League.

RAM Tubulars Managing Director Jim Stewart said: “Since 2014 we have had the pleasure of supporting the journey and growth of a young, talented sports persons and the experience for everyone involved has been so rewarding.

“We are now tremendously excited to increase our support of young talent and build a relationship with Aberdeen FC that not only benefits the players of the Youth Academy but also young fans across the North-East.”

“The business community in the North-East has always been hugely supportive of the AFC Youth Academy but this new collaborative relationship with RAM Tubulars aligns with the Club’s desire to nurture opportunities for our young players and be the best developer of talent.

“Managing the transition players make from Academy to first team, something that Aberdeen FC have been renowned for many years, takes a lot of effort behind the scenes from various departments at the Club. Forward-thinking partnerships such as this will allow us to continue to enhance the environment, we offer our young players and help them make the step up.”

The new partnership will also see RAM Tubulars create unique match-day opportunities for young Dons supporters as the Club looks to enhance the match-day experience with complimentary ticket giveaways to local teenagers and families, that attract fans who have yet to relish in the atmosphere at Pittodrie.

The deal also sees the introduction of a brand-new mascot at Pittodrie, Robbie the RAM. In a last-minute transfer deadline day signing, Robbie the RAM will make his AFC debut at the Dons home game against St Johnstone on 18th September. Throughout the season Robbie the RAM will help work up the home support as he joins Angus the Bull and Donny the Sheep entertaining the crowds before kick-off.