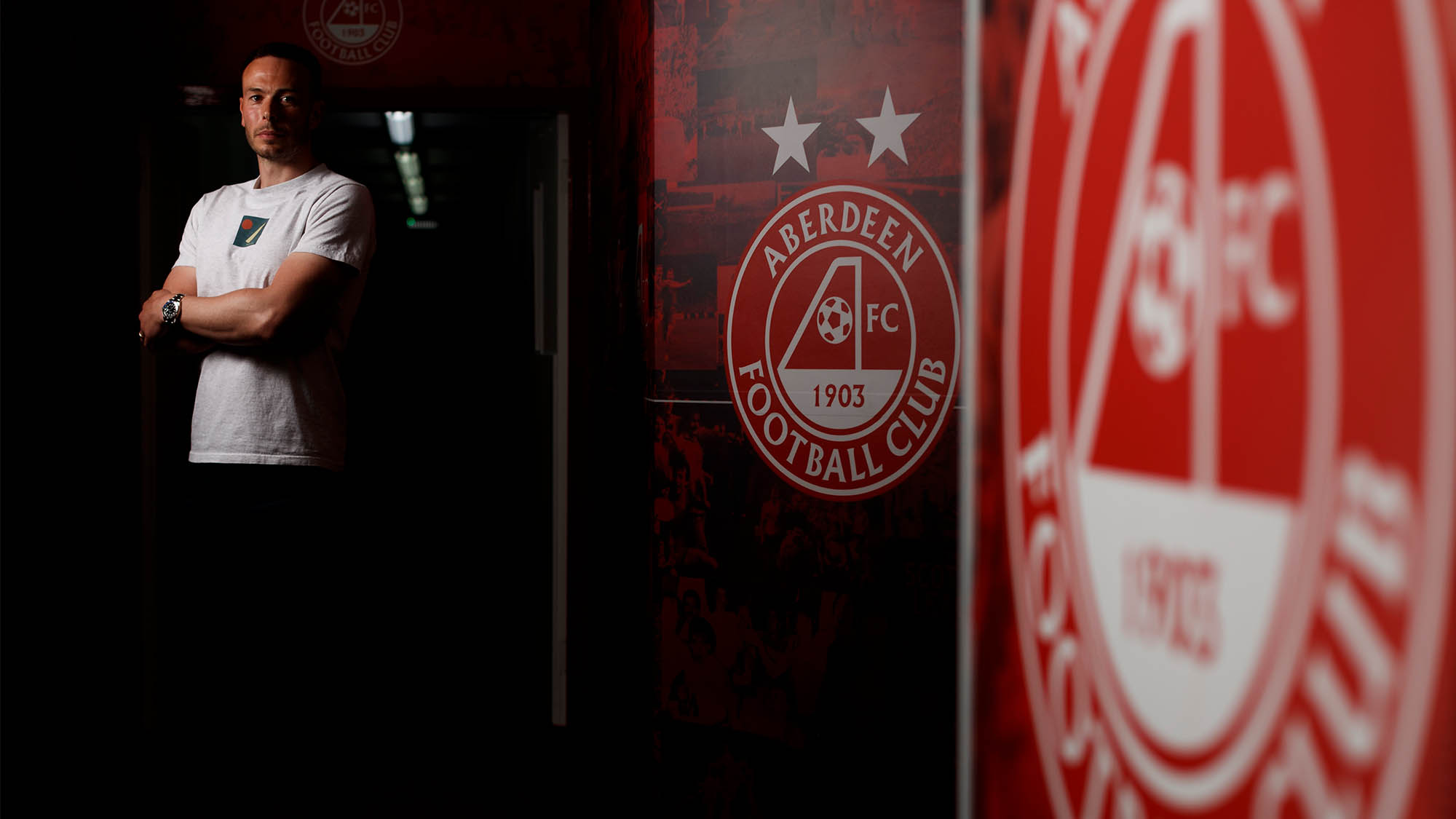 The Red Matchday team and Curtis Sport have put together a special programme to pay tribute to Andrew Considine who will be involved in his final Aberdeen game this weekend:

As the cliché demands, all good things come to an end and, with the final whistle on Sunday afternoon, so ends the Andrew Considine era here at Pittodrie.

The final stats will only be completed on Sunday, but as we stand, with 570 appearances to his name after coming on at Hibs last Saturday, he is fourth in the all-time Aberdeen appearances list, only the might of Willie Miller, Alex McLeish and Bobby Clark having played more games for the Dons. If you want a more contemporary twist on those stats, Andrew has played virtually twice as many games for the club as even Jonny Hayes, his nearest contemporary challenger.

This hasn’t been the season that Andrew would have wanted of course, decimated as it has been by a horrible knee injury sustained on the grim surface at Qarabag back in August, a blow that essentially ended his season. Had it not been for that, he might well be celebrating 600 games for the Dons today, having left Bobby Clark trailing in his wake as he pushed into the top three.
To find the point where it all started, we have to go back to the 20th century, to days when they were no smartphones, no Twitter, no Facebook. Simpler times perhaps, times when Andrew made the step up from schoolboy football to being involved with the Dons for the first time …

Priced at £3, there are 68 pages packed with interviews and features. This week we also spoke to Jack MacKenzie, David Bates, Ross McCorie and Joe Lewis.

The final red matchday of the season is available in the AFC Club Shop, from the sellers in and around the ground and also available on the curtis sport website by clicking here

A huge thanks to all of you who continue to buy the programme at every game and to all our sellers who, whatever the weather, get it into your hands every time we‘re here at Pittodrie. From all the Red Matchday team, have a great summer!