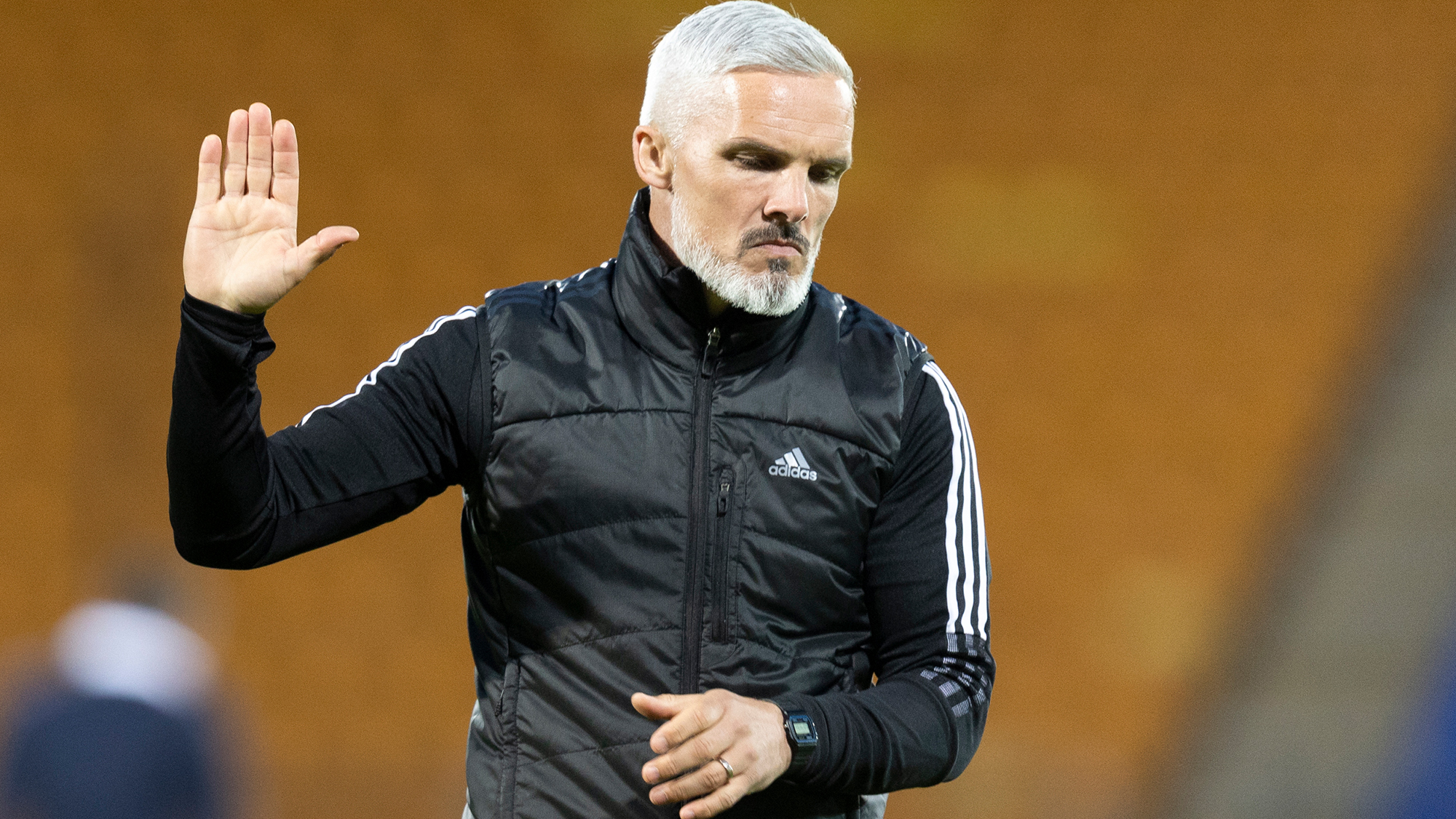 There were some home truths from Jim Goodwin after his side fell to defeat at St Johnstone, leaving the Dons in tenth place in the table with just Sunday’s game at home to St Mirren left to play.

“I can’t be anything but disappointed with the result and the performance tonight. The game as a whole sums up the season, plenty of possession of the ball, but unable to do enough at the top end of the pitch to give St Johnstone any real problems.

“We had complete control for the first 15 minutes, played the game in their half, but one ball over the top and it ends up in the back of our net. The goals we’ve conceded since I’ve been in, and before that, have been far too cheap, and as has happened too often, we were chasing the game from there. St Johnstone are notoriously a very difficult team to break down and we could have played another two hours tonight and probably not scored.

“The players did give their all, they do care, they did control the game in terms of possession. But we were far too sloppy in possession in the final third and that let us down, as did the manner of the goal that we conceded. That frustrates me the most because there’s enough experience back there to deal with that type of ball into the box. Their player anticipated it better than we have.

“I do expect better than that performance tonight. We came here to win the game, we didn’t do it and it’s really frustrating because we had so much of the ball. Back to middle we were quite comfortable but our build up, in the second half especially, was too slow, we didn’t mix it up enough, it was too easy for St Johnstone to get behind the ball and make it hard. We didn’t get in behind enough, we tried to play too central where there was no space, we didn’t get enough crosses into the box. It’s very disappointing.

“On the positive side, we brought another couple of young lads into the picture. It was a good opportunity to give Michael Ruth some minutes tonight. I know what Christian and Marley give us, so this was a chance to take a look at Michael and see how he can handle this league. I’m pleased for him in getting his first start. He was cramping up towards the end which is why he came off. I was delighted to get Liam Harvey on for some minutes too, he deserved his senior debut for his work this season.”

Thoughts are increasingly turning to next season and the manager was forthright in his assessment of what lies ahead this summer.

“I analysed the squad prior to being interviewed for the job here, I told the board where I felt the team needed strengthening and we’ve been working extremely hard on that since I came in.

“I had hoped I would get a better reaction from the group, that we would get that bounce. I felt there was enough time to do that, and it hasn’t happened. I have to take responsibility for that, I wasn’t able to get the reaction I hoped for, hence why we find ourselves where we are.

“It’s been a challenging and difficult couple of months since coming in, but we know the improvements we have to make in the summer. It’s up to us to make sure that the ones coming in are better than the ones who will be leaving. We need to freshen things up and do it as quickly as possible.

“As managers, we take the bulk of the responsibility and I have no issue with that at all. It’s our team, our tactics, our training methods. But one man has lost his job here already this season, I haven’t got the reaction from them that I was hoping for either.

“I’ve asked the players to go away and have a look at themselves in the mirror as well, ask themselves if they’ve done enough this season. As a group, I don’t think they have and we all have to take accountability for that, from the very top through to the bottom. We all need to take responsibility for the situation this club is in. We need to make sure it never happens again.”