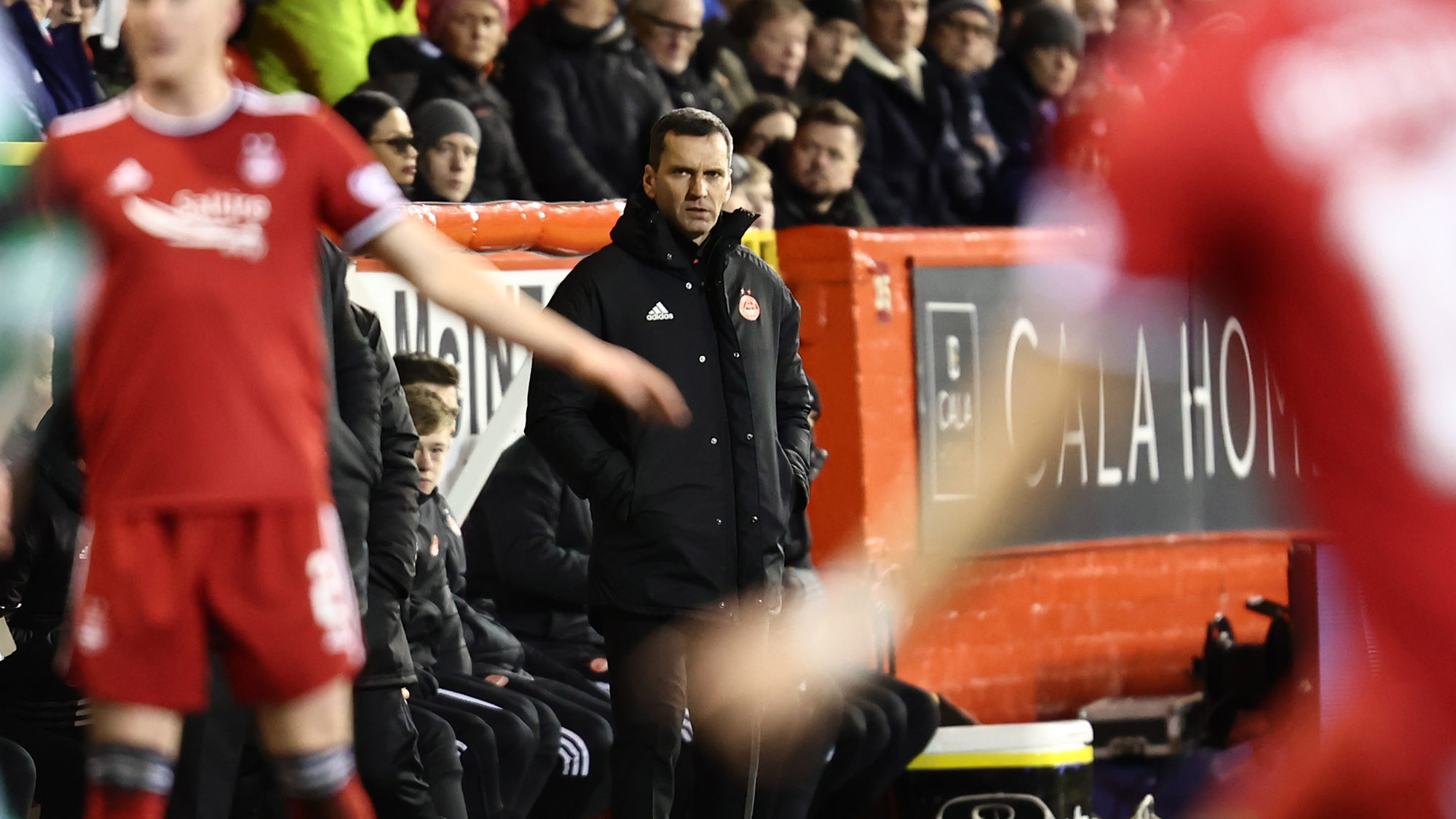 Stephen Glass was left to reflect on a game on two halves in his post-match press conference.

“First half, we didn’t get enough pressure on them high up the pitch. Second half, we rectified that and as a result, we ran them pretty close. It was disappointing to give away the third goal as soon as we did after getting level. We kept pushing, and I am proud of the effort from the players in the second half.

“We felt there was an embarrassment coming if we didn’t improve on the first half, and we got that improvement from them. That determination not to be beaten, the will to win, that was possibly missing in the first half was certainly there second half. There was a belief in themselves, in what they were doing, and the energy felt different. We were much, much better.

“We were happy with the goals we scored because a lot of work goes into those set pieces on the training pitch. But we work on the defending too. We weren’t cut open by a very good Celtic team, which makes it more disappointing to have conceded three goals.

“We’d talked about their first goal, the winger coming in from the opposite side to get on the end of the ball at the back post, so we’d prepared for that move. The second goal was a deflection, that was unlucky, the ball can go anywhere in that situation but it went in.

“From the side, Abada looks offside for their third goal, and regardless of that, I think he fouled David Bates and stopped him running back to deal with Jota who scored the goal.

“I was told by the fourth official before the end of the game not to go on the pitch and talk to the referee, but only one manager was told, not both. You’d like both managers to be treated the same. Maybe there’s a reason, maybe that’s because he realised he’d made a mistake. 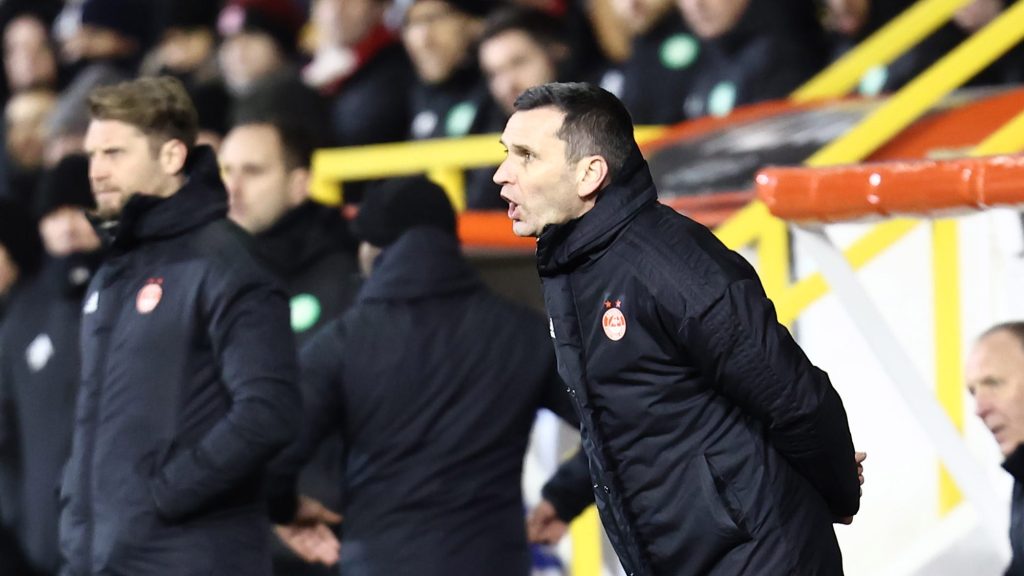 “But the bottom line is all we can control is our performance levels. First half, we didn’t get close enough to them. We need to be better performance wise for a full 90 minutes, not parts of games.

“Saturday at Motherwell is a huge game but if we play for 90 minutes the way we did for the second half tonight, I think we win the game. The fight and the belief we showed I those 45 minutes was encouraging. We showed we could handle ourselves in a game that could have got out of hand so those are plusses we take into Saturday.

“We have a big week coming, two games away at Motherwell and St Johnstone at home in between. If we can take care of those games, we won’t be far away from where we should be, despite the disappointments that we’ve had, and I think the group are ready to do that.”