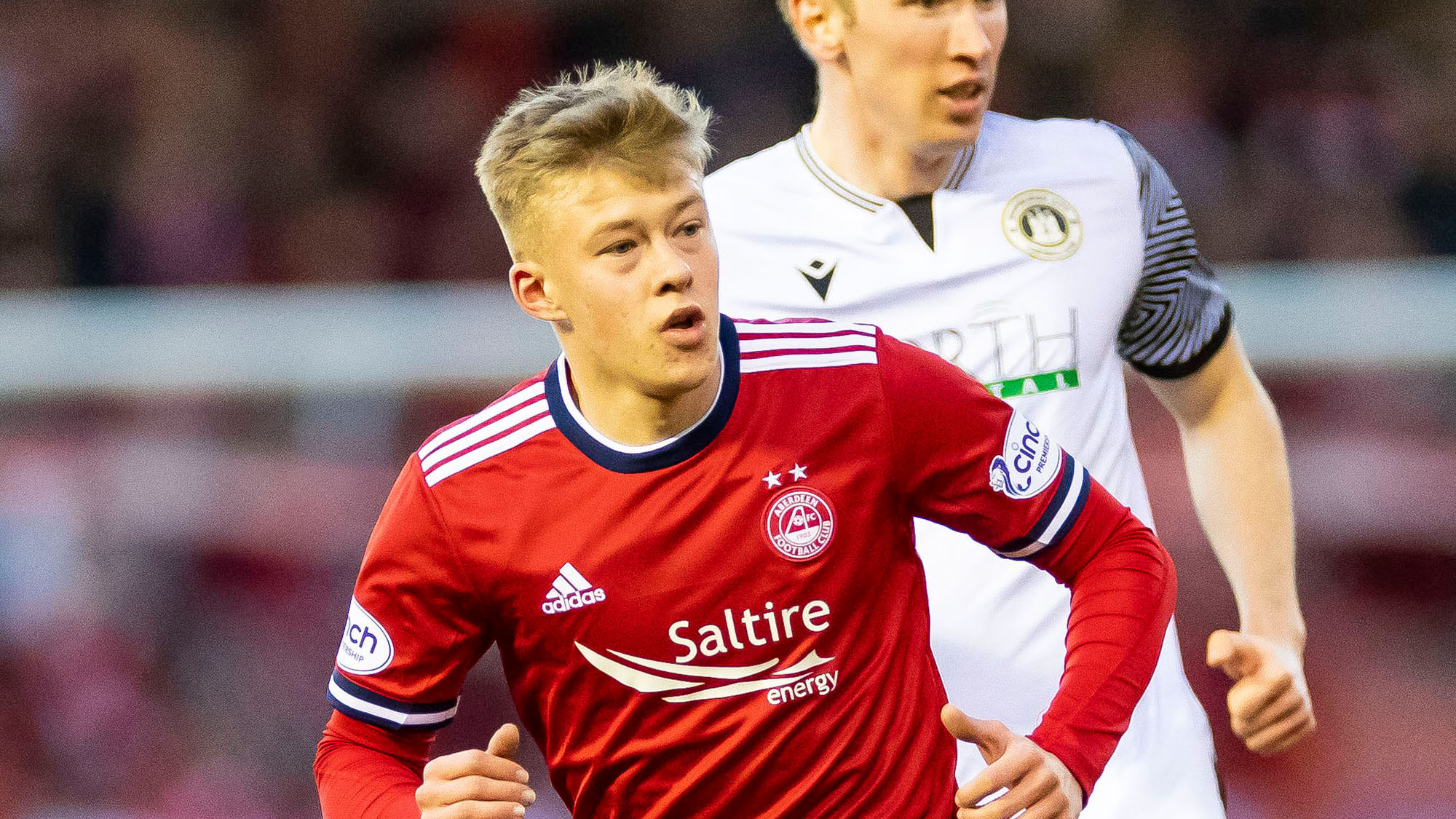 For Connor Barron, Saturday’s Scottish Cup win over Edinburgh City will be a day he won’t ever forget as he came on to make his debut for the club, producing an accomplished 45 minutes of football.

“I have been dreaming all my life about getting onto the pitch in front of the Aberdeen fans and now I have finally made my debut. It was a very proud moment for me and my family.

“It was the perfect time to get on. I have played against Edinburgh City when I was out on loan so I knew what to expect. I have confidence in my own ability and I know what I can do so it was just a case of going out and showing it.

“I feel I managed to express myself when I was on the pitch. I was trying to grab myself a debut goal at the end. Sadly it was not to be. Hopefully that comes soon!

“We were dominant on the ball. We probably should have punished them a bit more than what we did. We had a lot of chances, but we got through to the next round and that is the main thing.

“That’s something to look forward to.” 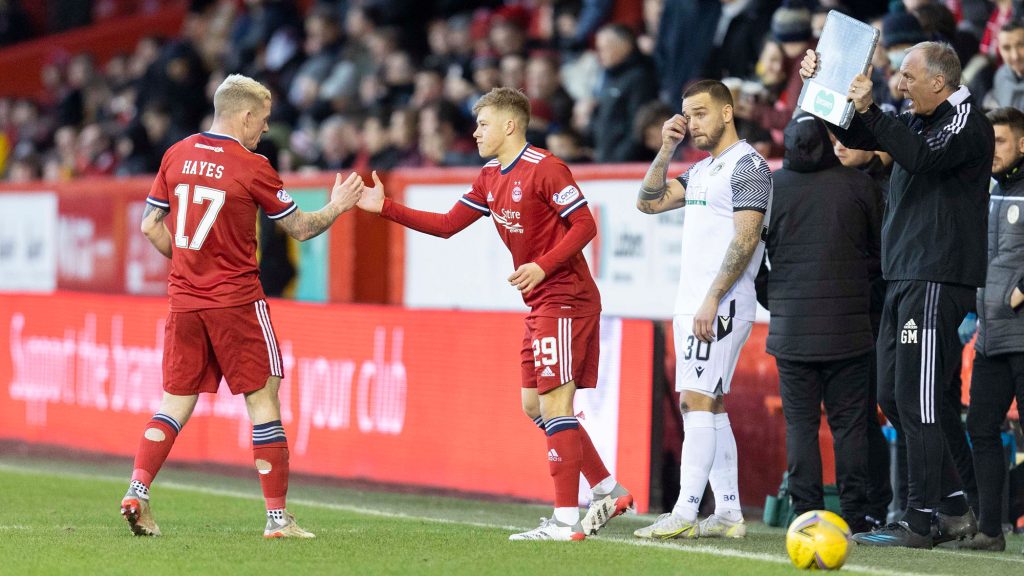 The Dons debut rounded off a good few weeks for Connor who also signed a new contract with the club.

“I was absolutely buzzing to finally get the contract done. As soon as I heard about it, I wanted to get it done as soon as possible. I am excited to see what is to come. It’s three or four years that I have been in full time. I have been out on loan a couple of times; I have been part of the first team training quite a lot but now it is my time to go and do it, which is why Saturday was such a big moment.”

Connor is following in the footsteps of a number of Academy graduates who have hit the first team in the last few seasons and has had chance to learn from them.

“I can take a lot of inspiration from the likes of Scott McKenna, Jack, Dean, Connor and Calvin. The pathway is there for the young players at this club to go and take when the opportunity is right and you are ready for it.

“The first team players have been great with me. Since Scott Brown has come in, he has been brilliant with me. I have picked up little bits from him in training and off the pitch it has been perfect. It will be brilliant for me for the rest of the season and for the future having him at the club. It is the same with Neil Simpson, the Pathways Manager. He has watched all of my games on loan and given me some feedback. I have taken it all on board and take it in my stride.

“I am a centre midfielder. I can play anywhere in the midfield. The attacking and defensive side of the games, I can do them both. I like to get stuck in, get on the ball, and make things happen.

“My aim for the second half of the season is to and establish myself in the team and see how far I can go and get and play as many games as possible. I have got my personal goals that I keep to myself, but I want to get into the team, make an impression and make an impact when I get a chance.

“The manager knows what I can do. There is that trust there. it is for me to go and show that I can did it when I am on the pitch and I need to continue working hard every day in training and go from there. I just have to take each game as it comes but when my opportunity comes around again I will be ready.” 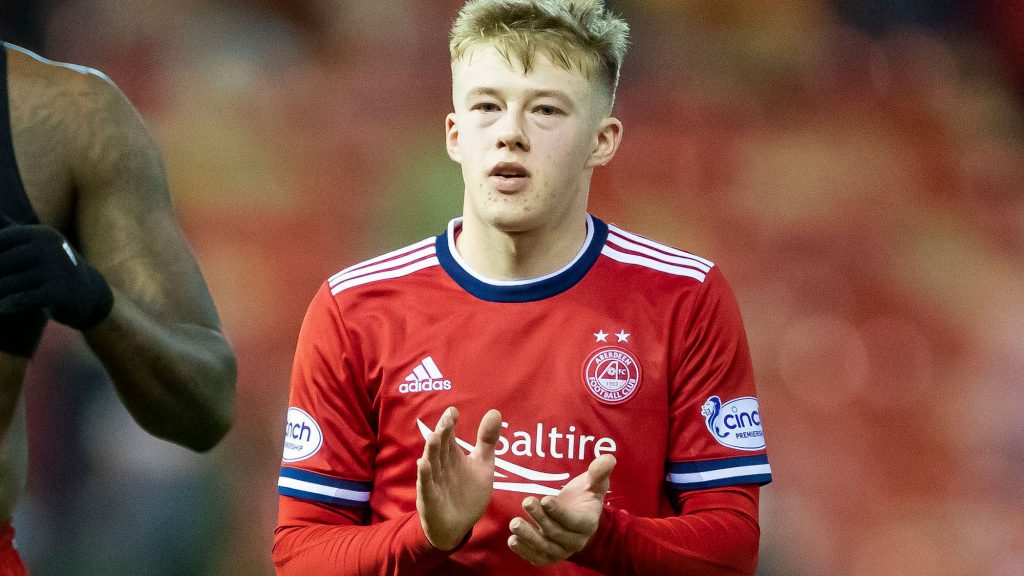