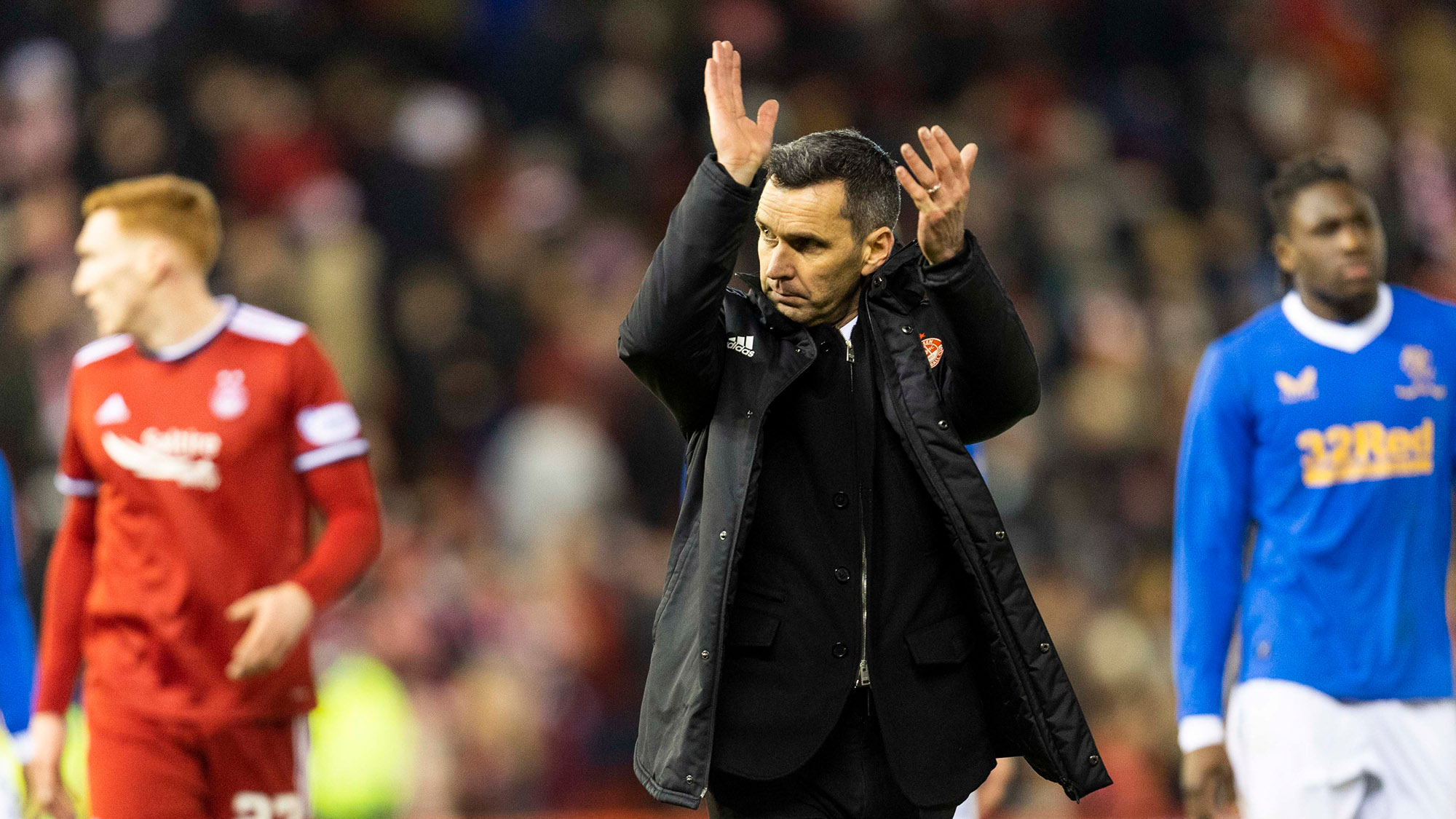 In spite of Aberdeen’s comeback from a goal down to share the points with league leaders Rangers, manager Stephen Glass was still a frustrated figure after the game.

“I feel like we should have had all three points. If you go behind to the reigning champions then it’s a good point from there but I felt we deserved the win, so there’s frustration there.

“It’s a penalty on Hedges in the first half. The linesman said there wasn’t enough contact for a penalty, the referee said there was no contact. From there we switched off for 10 or 20 seconds and a side as good as Rangers will punish you for that.

“That’s the one thing we can question the players on tonight, but everything else was fantastic. Their effort, their quality, their energy, even before the two incidents, and then again in the second half. I’m very pleased with what they gave us and disappointed they didn’t get what they really deserved.

“I didn’t feel we were under a lot of pressure, I felt the equaliser was coming. We were really on the front foot, we were driving the game. To me, the goal was just a matter of time because I have a real belief in that group of players and they showed that belief that they would get back in the game. They carried that right to the end.” 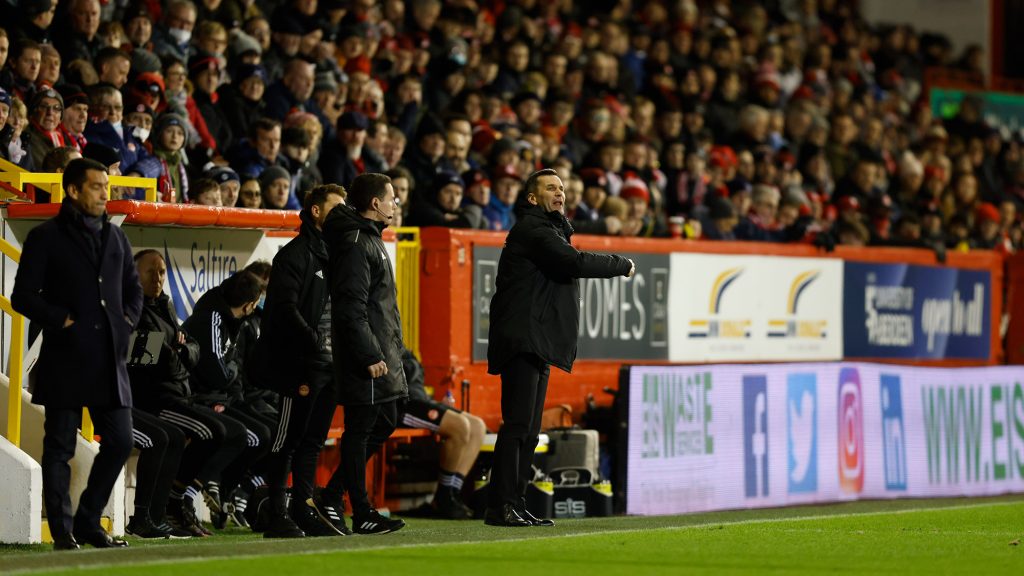 Skipper Scott Brown returned to the side after missing the last couple of games before the winter break with illness and, as expected, he was quick to carry the fight to Rangers.

“Scott drives the group, he’s an unbelievable professional. Allan, who has worked with the England team, thinks he’s possibly the best professional he’s seen. He relishes the Rangers game of course, but he relishes every week just the same, that’s why he’s the player he is.”

The January transfer window is in full swing, with its usual storm of rumours about who is going where. Asked about the future of Lewis Ferguson, Glass made the club’s position crystal clear.

“On performances like tonight, of course lots of clubs would love to have Lewis Ferguson in their team. We’re one of them, and he’s in ours!

“We’ve got a really good group of players here and it would be brilliant to keep them together. The club is in control of that. Some of the players have a few months on their contracts, some have a few years. We are in control of every situation, which is great.

“Of course, we understand it might get difficult to keep players if silly money starts getting thrown around, but that’s up to clubs outside here to offer that, that’s nothing we control. We control what figures we would accept.

“In the meantime, we look to get stronger and add to what we have if we can find the right opportunity, which isn’t easy. It’s my first experience of a January window, I can see why managers say it’s the difficult one, because you don’t really know what you’re preparing for, but we try to be ready for every eventuality.”

Thoughts now turn to the Scottish Cup on Saturday, with the manager looking for the same level of performance from the players.

“I said to the players after the game that the focus for Saturday against Edinburgh City should be exactly the same as for Rangers. They have to create that performance level in every game for the rest of the season. We’ve just looked the better team against Rangers. Now it’s important we continue to meet those standards.” 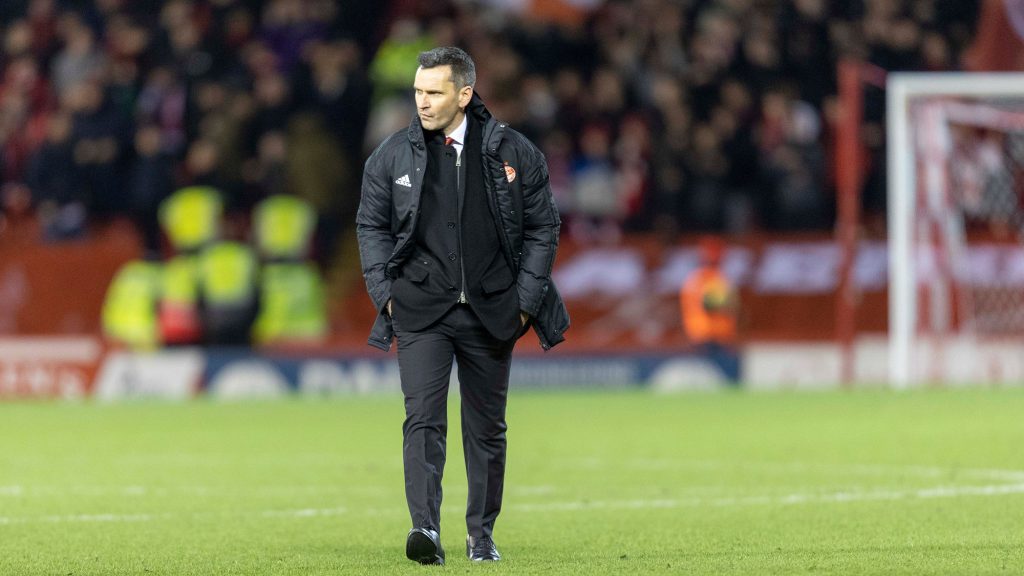