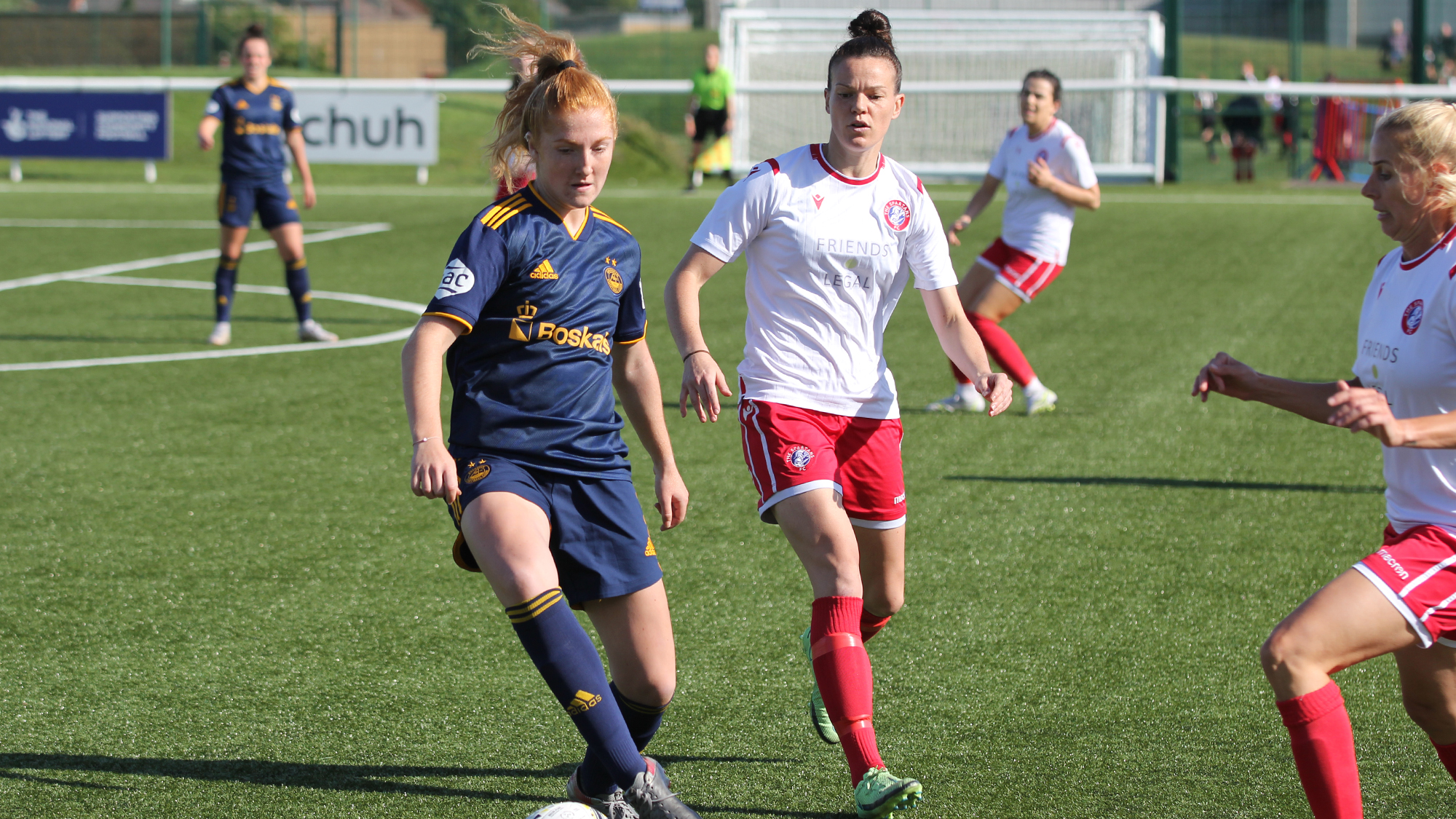 Aberdeen Women play their first game of 2022 when Spartans travel to the North East this Sunday. The sides met earlier on in the season at Ainslie Park where they played out a 0-0 draw.

This week; Bailley Collins, Nadia Sopel, Bayley Hutchison, Gail Gilmour, Eva Thomson and Jessica Broadrick were all called up to the Scotland U19 squad for their upcoming training camp. Four of the girls spoke to RedTV about their call ups and they looked ahead to this Sunday’s game. You can watch the interview in full via YouTube, at the bottom of this page.

“It is an honour to get called up. I haven’t seen the girls in a while and I am excited to go and try hard to get into the squad for the upcoming game with Wales. It is good as well that a number of the girls from the club have been called up, it shows how good our youth team is up here. It will be Nadia’s first time so it is good we are all there to get her comfortable and settled with the squad.

“Playing at home is great. We get to play in front of the fans and in front of the young girls who inspire to be where we are right now. Spartans will be a tough game, they are similar to us. The last time we played them it was a draw so hopefully this time we can get the three points.

“The winter break came at the wrong time for myself, I had just come back from injury and was back in the team and scoring goals. It was good to get the break, the team needed it and hopefully we can come together again and look to pick up more points in this half of the season.”

“I was delighted when I found out, it is a great opportunity to play with players from across the country. I have been away with the U17s before and played against Hungary, Sweden and Poland, that was a really good experience as well.

“It feels like forever since we last played! Spartans is always a good game and we are looking to push for that three points this weekend.

“It has been a long time since we played at home, it does give you an advantage. When you play away from home, you are waking up early, on a bus all day and getting home late, it can be quite draining sometimes especially when it is a few weeks in a row. It is good to be back at home.”

“It was an honour to captain Scotland in our last games in The Netherlands. Everyone who was there worked their socks off. Every time we get the chance to play for Scotland it is an honour. It is what we we want to do as players, we are always pushing to be the best version of ourselves. Being at a camp like this gives us the chance to challenge ourselves against the top players in the country. We have got a young group of players at Aberdeen and we have been lucky to have been at Scotland camps from U15 level upwards and this is the next step to push ourselves on.

“I think the familiarity we all have with each other helps us as well. It is good to have somebody you know there. It is also good to see the rest of the girls when we are down there.

“I didn’t play in our last game against Hamilton before the break (a 2-1 victory for Aberdeen.) The girls did amazing that day, they pulled through and got the win. It should give us a bit more confidence going into the game on Sunday and if we play at our best it should give us the result that we want and need.”