Kevin Hanratty heads out on loan 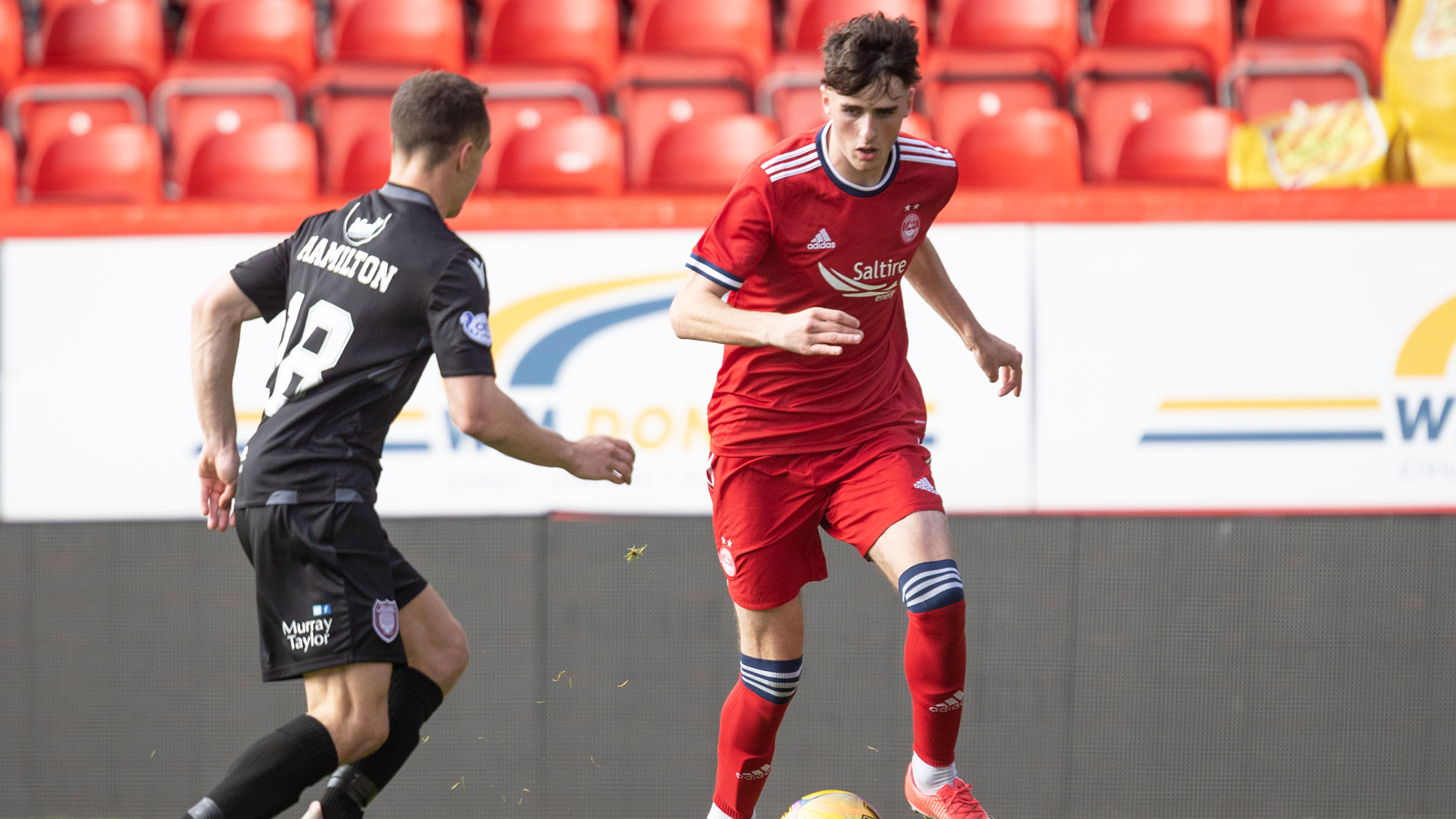 Kevin Hanratty has this morning joined cinch League Two side Elgin City FC on loan for the remainder of the 2021/22 season.

Kevin, an attacking midfielder, signed a contract extension that will see him remain at Pittodrie until 2024 and most recently spent the first half of this season on loan at Highland League side, Formartine United FC.

The 18-year-old, former SFA Performance School pupil, has been a regular in the Scotland international set up at Under 16 and Under 17 level.

The Aberdeen youngster heads out on a second loan spell with the aim of gaining additional game time as Dons Pathways Manager, Neil Simpson, explains:

“Kevin is technically a very good footballer and following his spell at Formartine is ready for the demands of League football.

“This period with Elgin, where he will be teaming up with fellow Don, Evan Towler, will give him the opportunity to gain some invaluable experience, in a tough league, and I am sure he will perform well.”