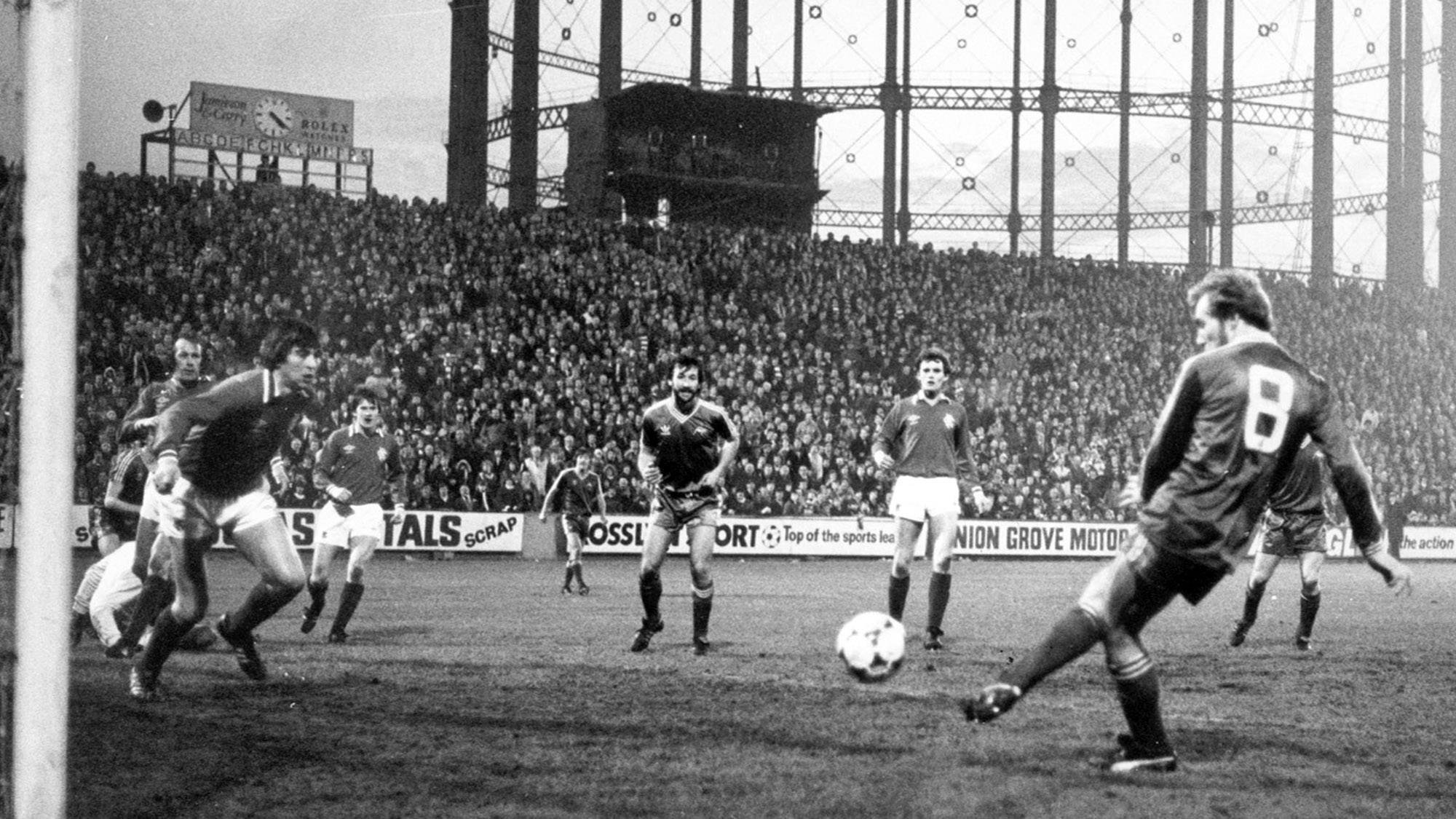 The Dons are back in action against Rangers next Tuesday. When Aberdeen won the Premier League title in 1980 it was manager Alex Ferguson who pointed to a crucial win over Rangers at Pittodrie that had a significant bearing on the destination of the championship.

A clash against rivals Rangers on this day in 1980 provided Aberdeen with the confidence to go on and lift the most unlikely league title. The significance may have been lost on the Aberdeen support at the time, but it was Alex Ferguson’s firm belief that his sides’ 3-2 win over Rangers was the turning point of their season.

It had certainly been a winter of discontent for the Dons having lost in the League Cup Final to Dundee United after a replay. Aberdeen had played in three League Cup finals in 1979 and not won one of the games.

There was little doubt there was little talk of Aberdeen resurrecting a league challenge. The league table at the end of the year suggested as much as leaders Celtic had a massive 16 point lead. In the days of two points for a win that lead looked ominous despite Aberdeen having games in hand due to their cup exploits.

Inconsistency had been the Dons downfall – a 3-0 home defeat to Dundee Utd was followed by an impressive 1-0 win at Ibrox. By the time Rangers came north for this fixture Aberdeen had won only 7 of their previous 16 outings, hardly championship form.

The week before Aberdeen had been beaten by Morton for a third time that season.

Despite the apparent lack of incentive for both clubs, tensions as ever were high. The Dons had lost a controversial League Cup final the previous season against Rangers at Hampden after Doug Rougvie had been sent off.

The Dons made an explosive start to the match and Gordon Strachan fired them into the lead with a magnificent goal after only 90 seconds.

John McMaster lofted a free kick into the Rangers’ goalmouth. Forsyth headed the ball out into the path of Strachan who thundered a right foot shot into the roof of the net from 20 yards. 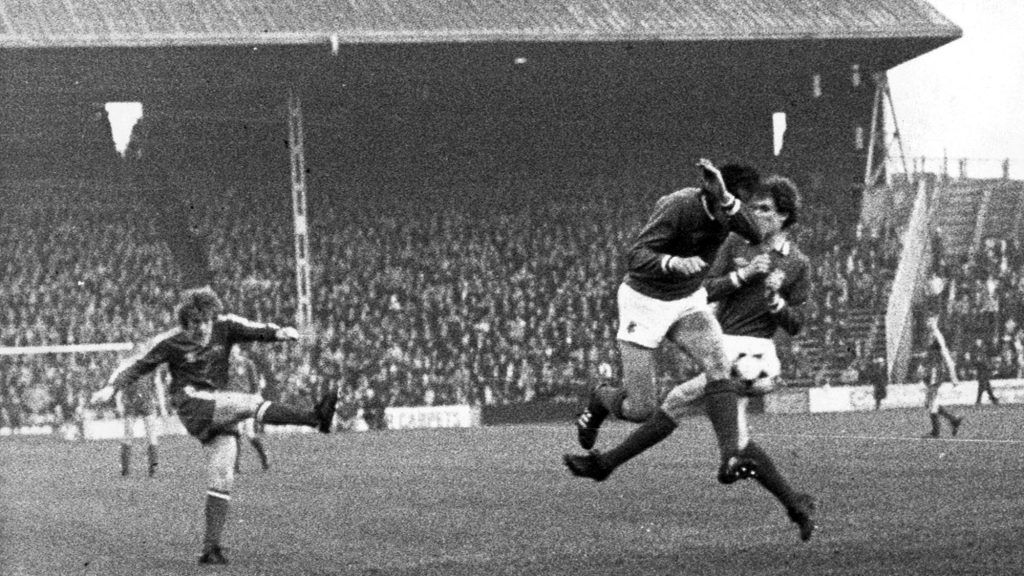 On ten minutes a flashing cross by Ian Scanlon caught the Light Blues’ defence in a tangle and McMaster, Steve Archibald and Derek Hamilton all failed to apply the contact that would have sent the ball into the net. Then Alex McLeish, Strachan and McMaster all had shots at goal as the eager Dons surged forward.

As Bobby Clark hesitated in going for a McLean cross, John McDonald nipped in to score. Play then raged from end to end and the excitement generated helped to warm the 19,500 spectators on a chilly afternoon. Aberdeen looked the better side. Their possession football was excellent at times and they hit with speed and strength. As half-time approached Scanlon had two tremendous efforts which would have given the Dons the lead their play merited.

Scanlon continued his fine form on the resumption and McMaster should have scored from his cross.

Rangers shocked the home team by netting in 49 minutes. Jackson rose to head in McLean’s cross with the Dons’ defence posted absent. Aberdeen now reacted desperately as they pressed forward. The ball was cleared off the Rangers’ goal line on three occasions as the defenders held out. 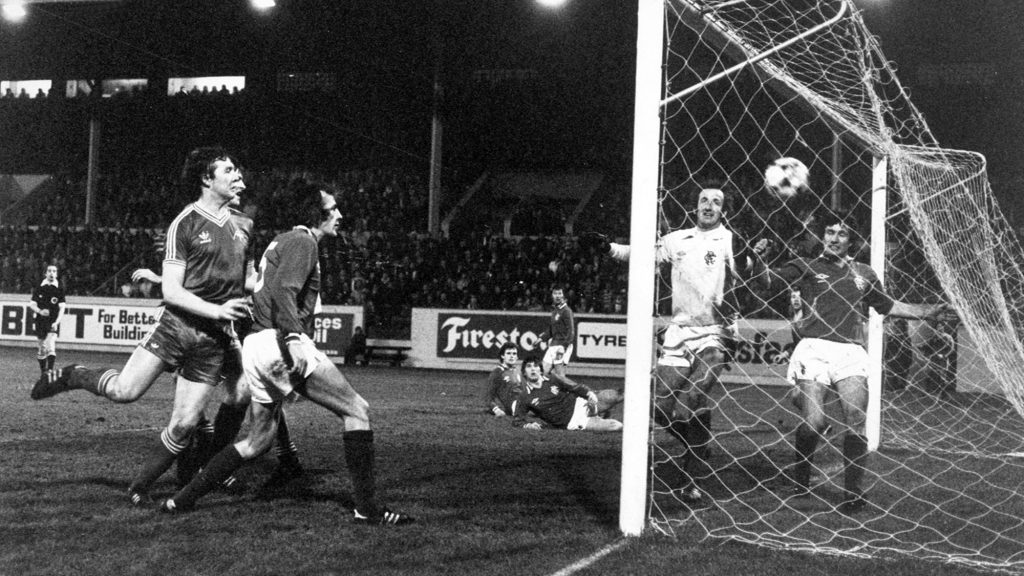 Eventually after 70 minutes, the home team equalised deservedly after all their intense pressure. In a packed goalmouth sheer persistence and courage by Hamilton forced the ball across goal to the waiting Archibald, who placed it past McCloy.

Rangers then substituted Smith for the injured Dawson and John Hewitt, perhaps surprisingly, replaced Scanlon. It did not seem to be the kind of game to risk a raw 16-year-old player but in the end it proved to be a master-stroke.

Play continued frantically with both teams giving 100% effort and the crowd breathless with excitement. It seemed that honours would be shared but, with only 90 seconds left, Hamilton pierced the Rangers’ defence to net a memorable, last-gasp winning goal. 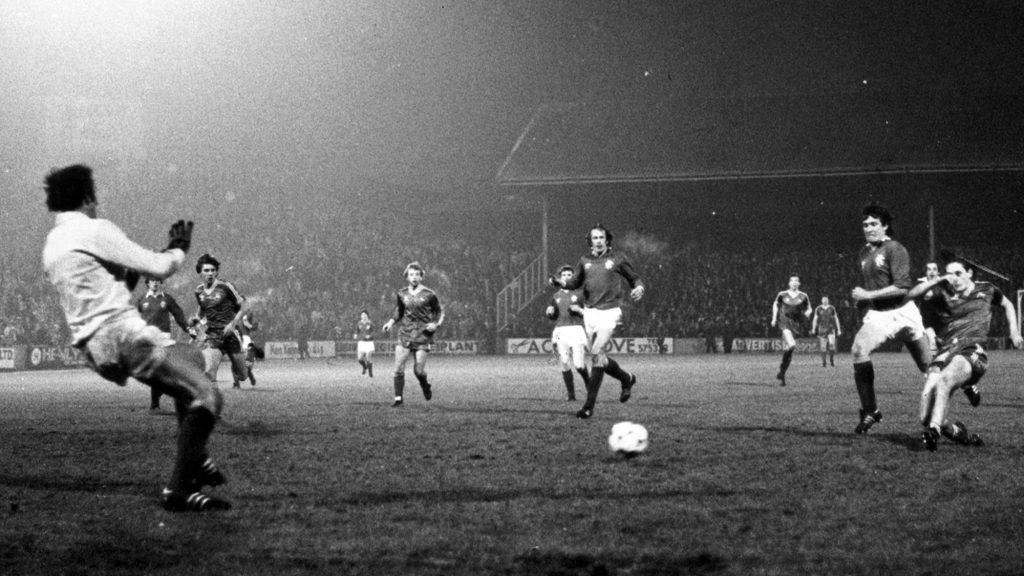 On reflection it was no more than Aberdeen deserved as they had taken the game to Rangers and had the lions share of possession.

Although this victory left Aberdeen still ten points behind Celtic, they had, importantly, three games in hand, and were to surge to their first Premier League title less than four months later. Arguably this league win over Rangers was as important as any they have had over the Ibrox side at Pittodrie due to the catalyst the League title win in 1980 proved to be for the rest of the decade. 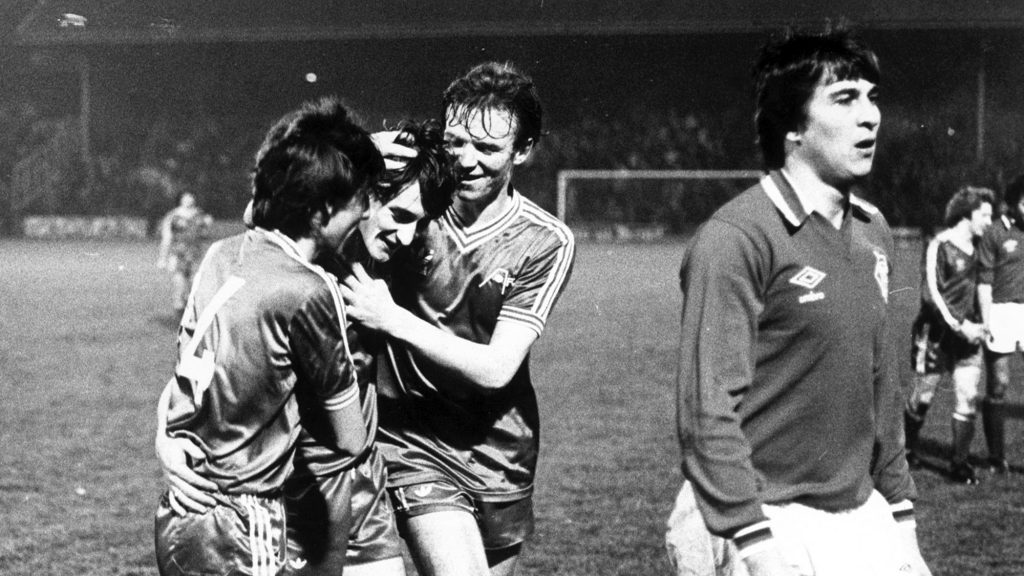 DONS FANS TO BENEFIT FROM NEW PARTNERSHIP WITH UBER EATS

DONS FANS TO BENEFIT FROM NEW PARTNERSHIP WITH UBER EATS