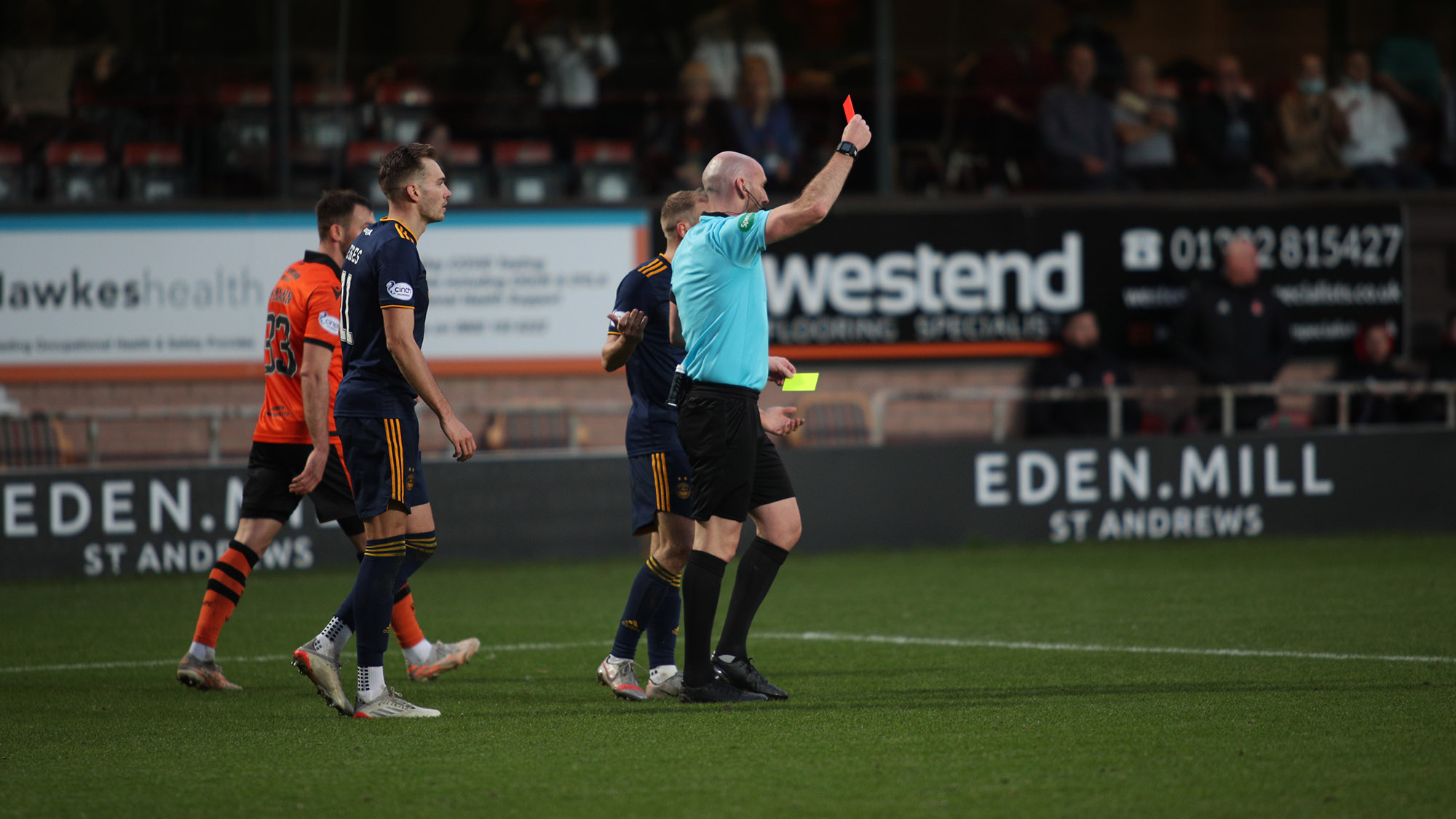 Aberdeen Football Club welcomes this afternoon’s statement from Police Scotland that a 35‐year‐old man has been arrested and charged with the assault of our player, Funso Ojo.

Chairman Dave Cormack commented: “The Club are appalled at the events that unfolded yesterday afternoon and are fully supporting Funso who remains shaken by the entire incident. Such conduct from any supporter is wholly unacceptable and should not be tolerated in what, for a football player, is their place of work.”

Regarding Funso’s subsequent yellow card, Cormack said: “Given the circumstances around the incident, the Club remains shocked at the decision to issue Funso with a second caution which led to his dismissal from the field of play. As it was Funso who was assaulted we sincerely hope that common sense will prevail and that the authorities will work with us to ensure that this injustice is addressed.”

Steven Gunn, AFC Director of Football, added: “The Manager is fiercely protective and supportive of all his players. Having viewed the footage and spoken to the player, he is totally behind Funso over this atrocious incident.

“Given, as anticipated, this is now subject to a criminal investigation, we have to be circumspect in what we say and are unable to comment any further at this stage.”

The Club is also awaiting a formal explanation on the reasoning behind Stephen Glass’ dismissal, at which point the Club will take any appropriate steps.