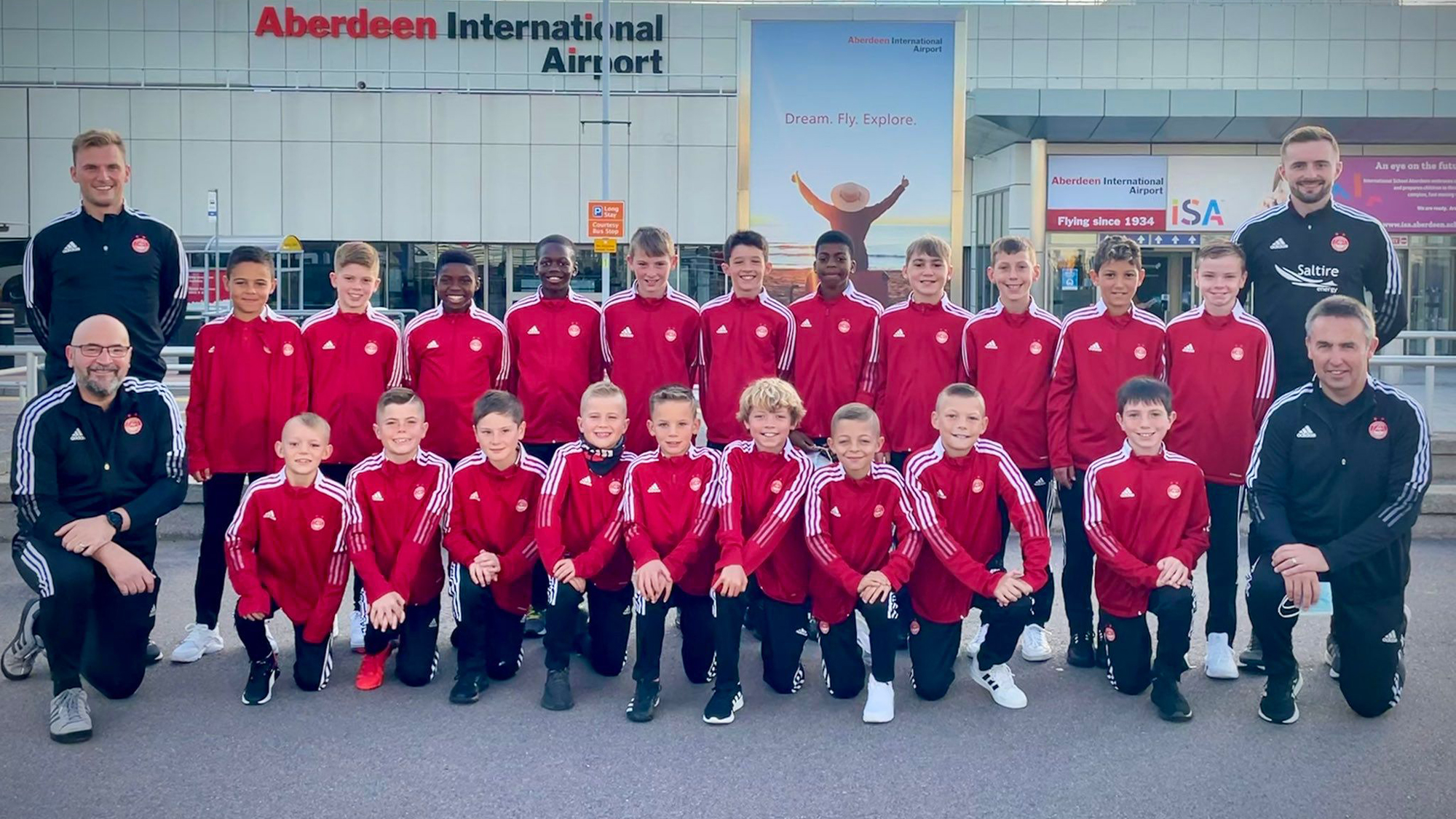 Last month, players from the AFC Youth Academy’s U10s and U11s travelled to Southampton to play against their English Premiership counterparts. The trip, which was the first one for the Youth Academy since the Covid pandemic, saw the young Dons play against the Southampton youngsters at the first team training ground, The Staplewood Training Centre, as well as having a tour of St Mary’s stadium.

The Dons youngsters flew out of Aberdeen on the Friday morning, playing games against players from Southampton’s Youth Academy as well as players from their Bath Centre that evening and also on Saturday before returning to Aberdeen.

In recent years, the Youth Academy has worked hard on its international reputation resulting in players from across the Academy benefiting from trips to England and Europe. The trip to Southampton is the first one in almost two years and Foundation Phase Manager, Liam McGarry, explains just how beneficial the trip was for the young Dons. He said:

“It was great to get down to Southampton, it has been so long since we last went away. It is a great environment down there and you are well looked after. Southampton are a good club, and we have a great relationship with them.

“Ultimately the reason that we go down there is to play matches and the games are of a high standard because they are such a thorough and well organised Youth Academy that they have quality players. It was really, good from that point of view.

“It was good to see the progression as well. We have dedicated more resources to the Youth Academy and that was the fourth or fifth time that we have gone down there. It was interesting to see the individual quality gap and to see if we can go and match them.

“It is great for our young players to experience different types of football by going on these trips. The game is quicker, the players think quicker, technically they are very good as well. We are getting a different test. If you take a bad touch, you have to go and recover that.

“We want to go down and win but win by playing with our style. The reality is when you come up against teams who challenge you, individually as players, individually as coaches, they expose weaknesses. When they expose weaknesses and highlight areas where we need to be better, ultimately that is what you take from the experience, it is a good test. We won games which is great but that is just the small picture. In the big picture it exposed things we need to be better at. Ultimately it is about getting individual players through our Academy and into the First Team.” 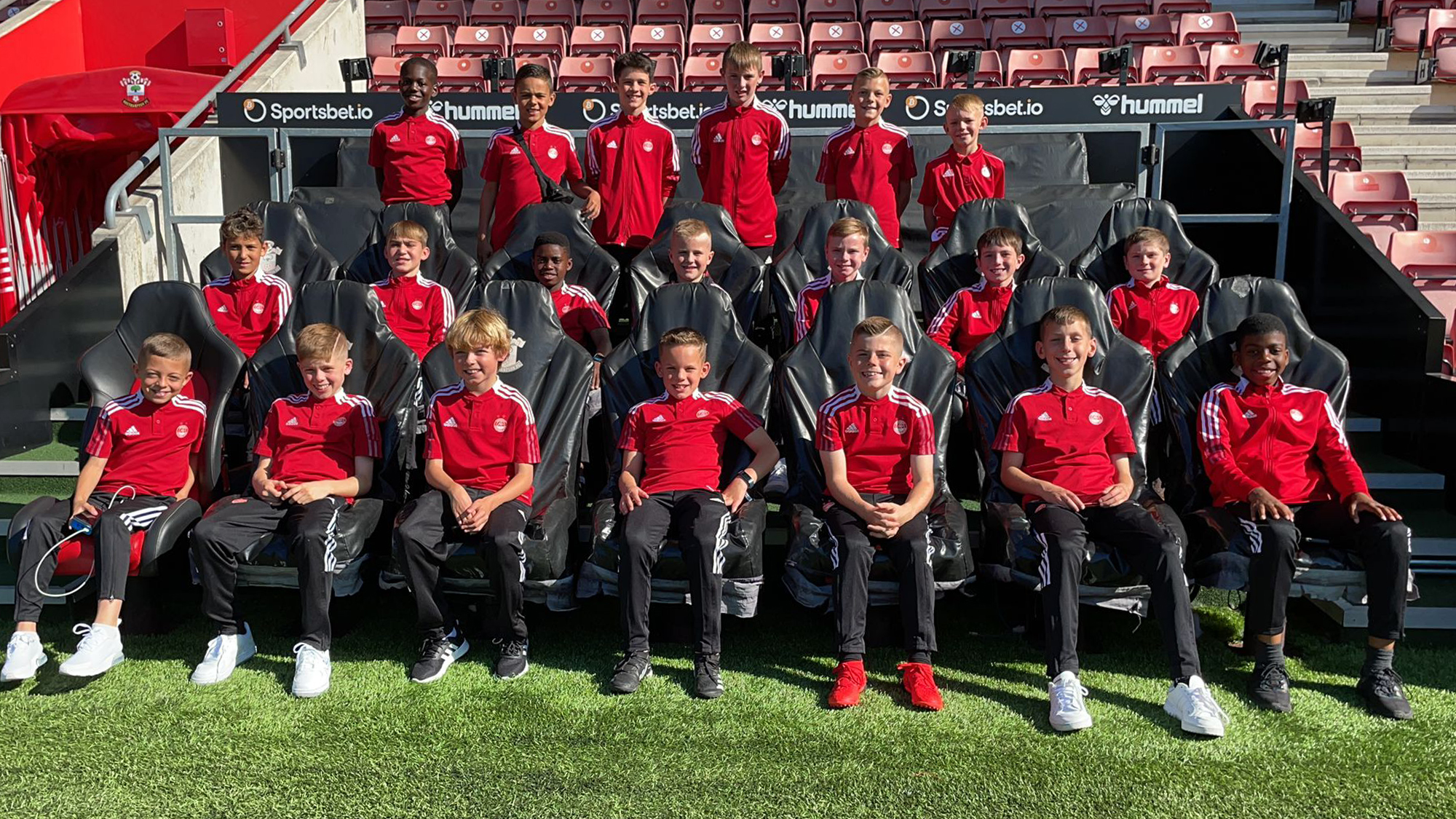 Southampton’s Youth Academy have produced Champions League winners in Gareth Bale, Alex Oxlade-Chamberlain and Adam Lallana, as well as England international internationals such as Theo Walcott, Luke Shaw and James Ward -Prowse over the past number of years.

Liam believes it is the quality of the opposition as well as the values they hold off the pitch that has allowed a close relationship to be nurtured between the Dons and the Saints:

A number of first team players have benefitted from foreign trips with the Youth Academy over recent years. Calvin Ramsay has been away with the young Dons while Dean Campbell and Jack MacKenzie both competed in the Gothia Cup back in 2017.

Travelling to a new environment and being away from home not only helps to develop the Dons youngsters on the pitch, but it also helps them to develop off the pitch as people.

“Our international reputation is for both on and off the pitch. You can be the nicest person in the world but if you go there and you don’t perform or provide a challenge on the pitch, primarily that is why you are there. If you can go down and do well on the pitch technically, tactically, athletically and couple it with good manners, and be good people off the pitch, it strengthens your reputation which provides more of those type of opportunities.

“The way that our players conduct themselves and the standards that we hold them to, that doesn’t matter if they are on a trip like Southampton or travelling for Club Academy Scotland games.

“It is great for them to become self-reliant. I always say it would be interesting if we had hidden cameras following us around, because the parents would be absolutely amazed at how independent they can be. The life lessons that the young players take from the trips can be quite significant. Ultimately personal development is every bit as important as player development. 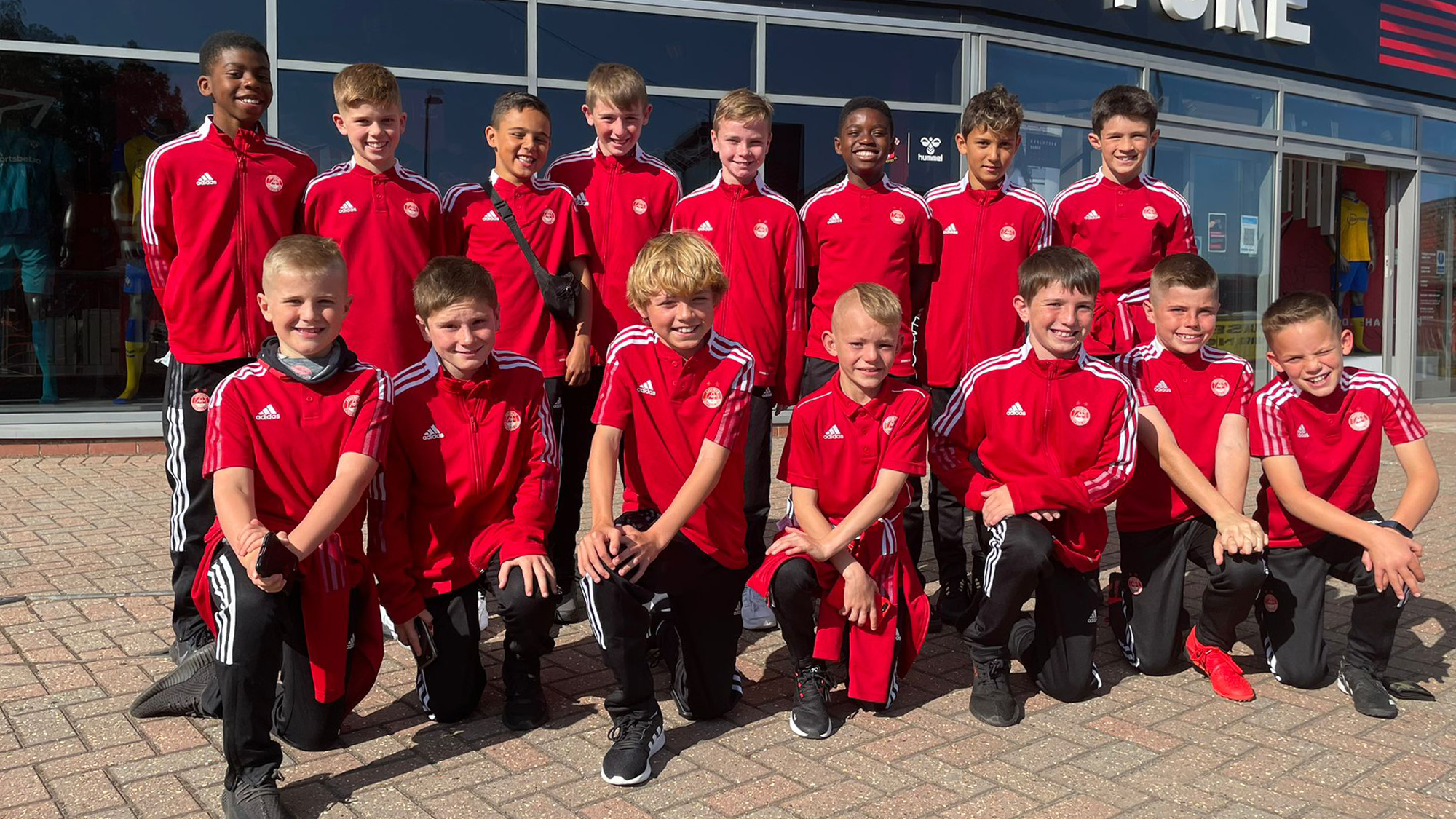 “Our international tournament season is so important to our player development, but everybody has been in the same boat. We had to change the mindset and be solution focused. The lockdown programmes that we did were vast and the feedback that we had from parents and players has been very positive. We made the most of the situation that we were in.

“We played a lot of local juvenile teams because of the travel restrictions. We played 9 v 9 football which a lot of players at that age were not playing. They were exposed to it slightly earlier, but we did it because it was the only way that we could get opponents. Instead of being all doom and gloom about it you just had to draw the positives from it and make the most of what we had. 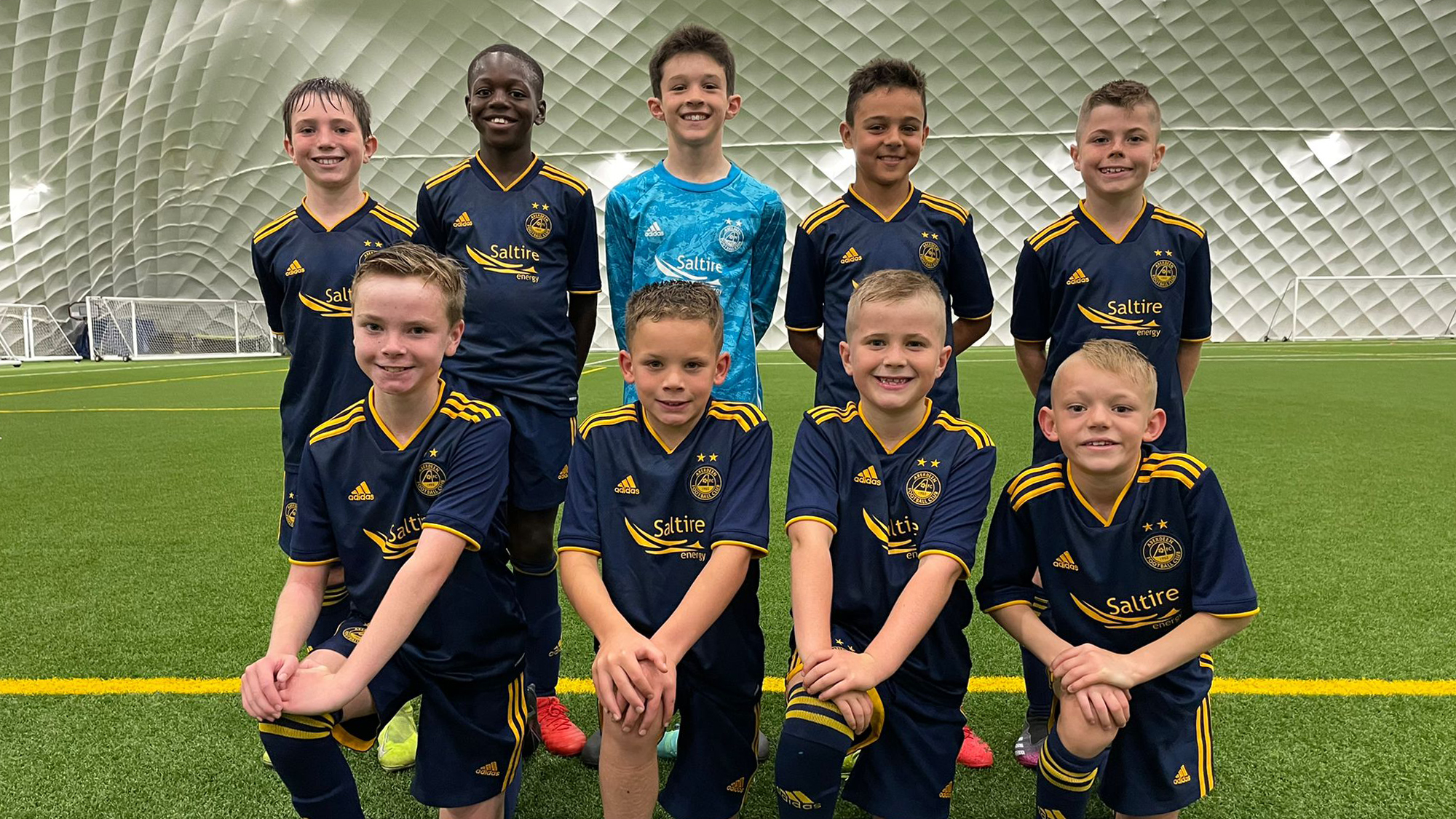 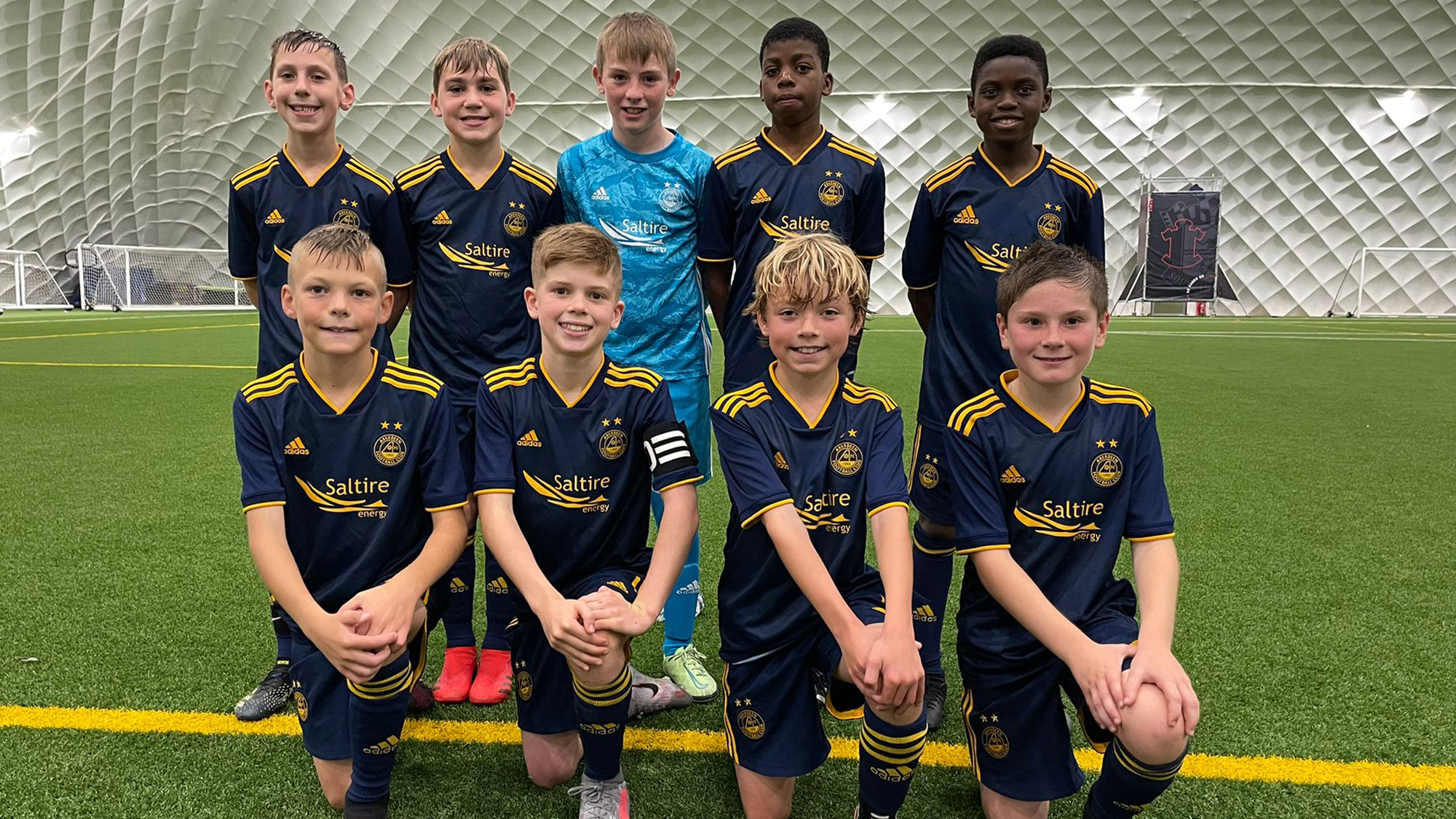