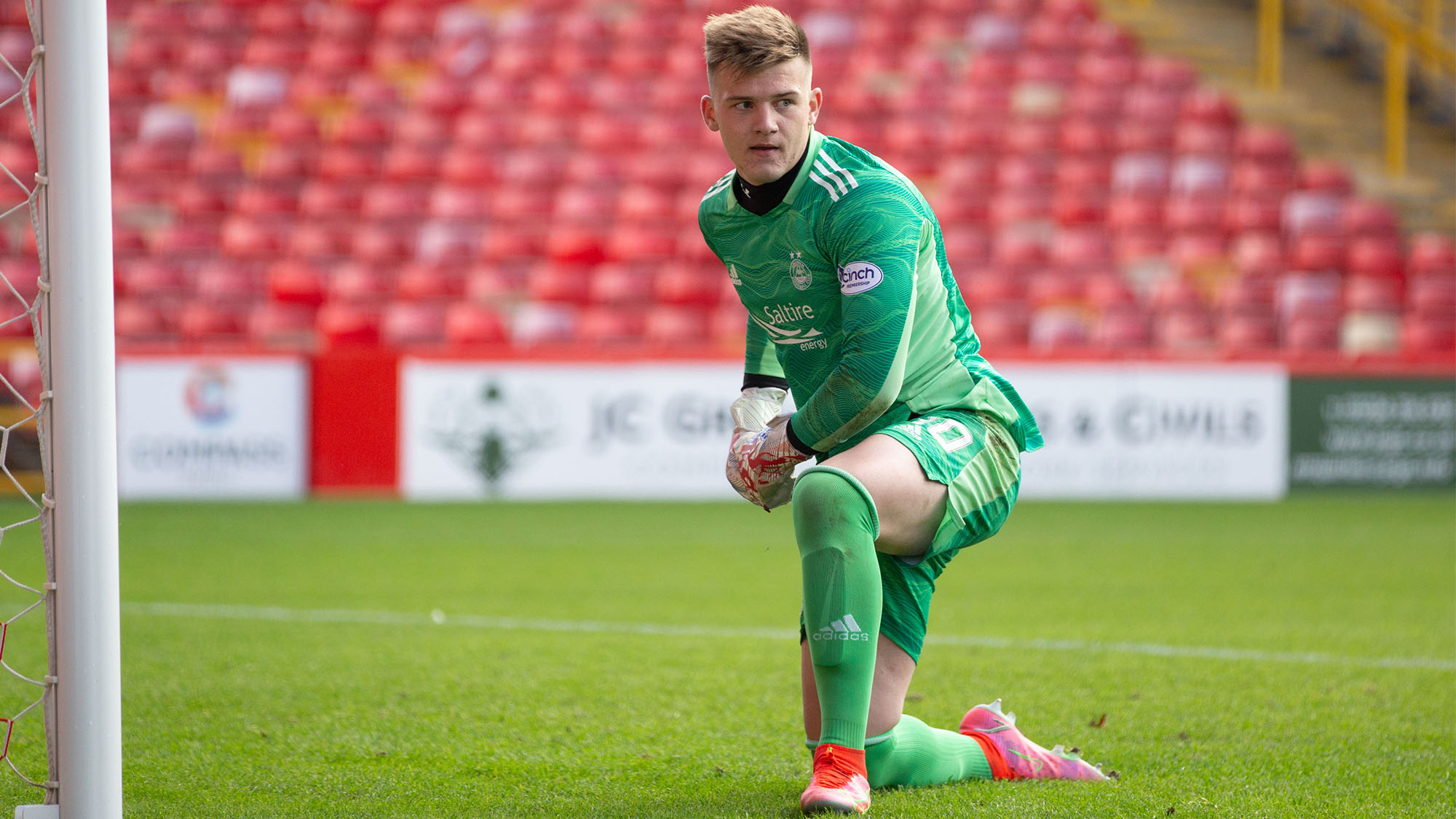 Aberdeen goalkeeper Tom Ritchie has this morning joined Huntly FC on loan for the 2021/22 season.

The 18-year-old will spend the campaign with the Highland League side, and joins team mate, midfielder Jack MacIver, who joined the Christie Park side earlier this month.

Tom, who signed a professional contract in 2019, has made a number of appearances on the bench for the first team.

The Scotland Youth international has been in fine form recently for the Aberdeen B side and saved two penalties in the stunning shoot-out victory over Arbroath in the SPFL Trust Trophy Second Round win at Pittodrie.