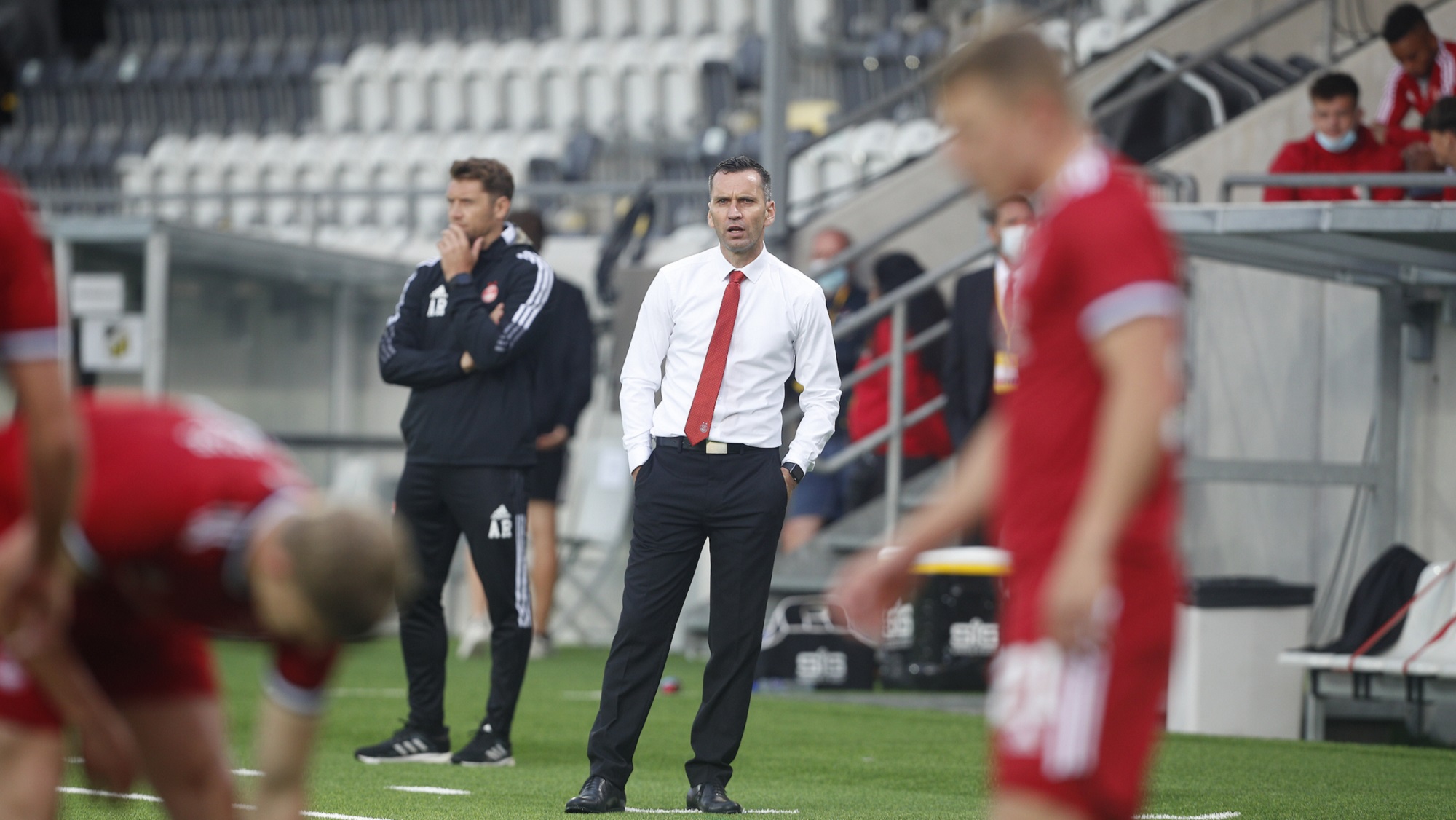 Following a feisty evening under the Gothenburg rain, Dons boss Stephen Glass reflected on a job well done as Aberdeen moved into the next round of the UEFA Conference League.

“The task before we kicked a ball at Pittodrie was to get through to the next round and we’ve done that.

“Tonight was maybe a little bit more frantic than it needed to be. First half we had a lot of chances, big opportunities to put the game to bed and we didn’t take them. As a result, we ended up hanging on a little bit.

“We had two or three really good opportunities in the first half where you think they should be goals and they didn’t really have that at that point. I didn’t feel we were under any real pressure in that first half.

“It did get frantic second half, but we expected that. They’re good players, good professionals and they had no choice but to throw everything at us then, which they did. We knew what it was going to be like and for the most part, the boys coped with that.

“We were up against a good team that could play with a more carefree attitude because of the first leg result, where we were fantastic. It was almost a consequence of that scoreline that meant that it was that bit harder tonight. Saying that, we know we need to be better than we were, but we won’t come up against a side that’s going to be as free as that every week.

“I think people saw tonight that Häcken are a good side and hopefully that will give people the opportunity to think again about just how good we were last Thursday. To beat a side of this quality 5-1 is a great result and the players deserve lots of credit for it.”

There was praise for players at either end of the team as the Dons came through 5-3 on aggregate.

“Ross hasn’t played a lot at centre-half but he’s done well over the two games. Obviously we knew Declan would be missing the first game with suspension, and Ross took that job on really well in that game and then again tonight. He’s been brilliant through pre-season and I’m delighted with his performance level across the two games.

“Christian and Jet linked up well again in the first half, they had some opportunities there, but the partnership is developing well. We still need to work on the fine detail in the final third, but we’re two games into the season, it’s very early as yet, but that’s promising.

“Jet got a decent sized cut above his eye but we think he should be fine for Sunday. Their guy headed him and not the ball but the officials didn’t see that. Other than that, everybody’s come through unscathed.

“I’ve said to the players that the performance level last Thursday produced a great result and it has meant us selling out Sunday’s game very quickly. There’s an appetite from our fans to get back to Pittodrie and to see the team perform and we’ll be ready for it. The start of the league season is always exciting and we’re looking forward to it.”