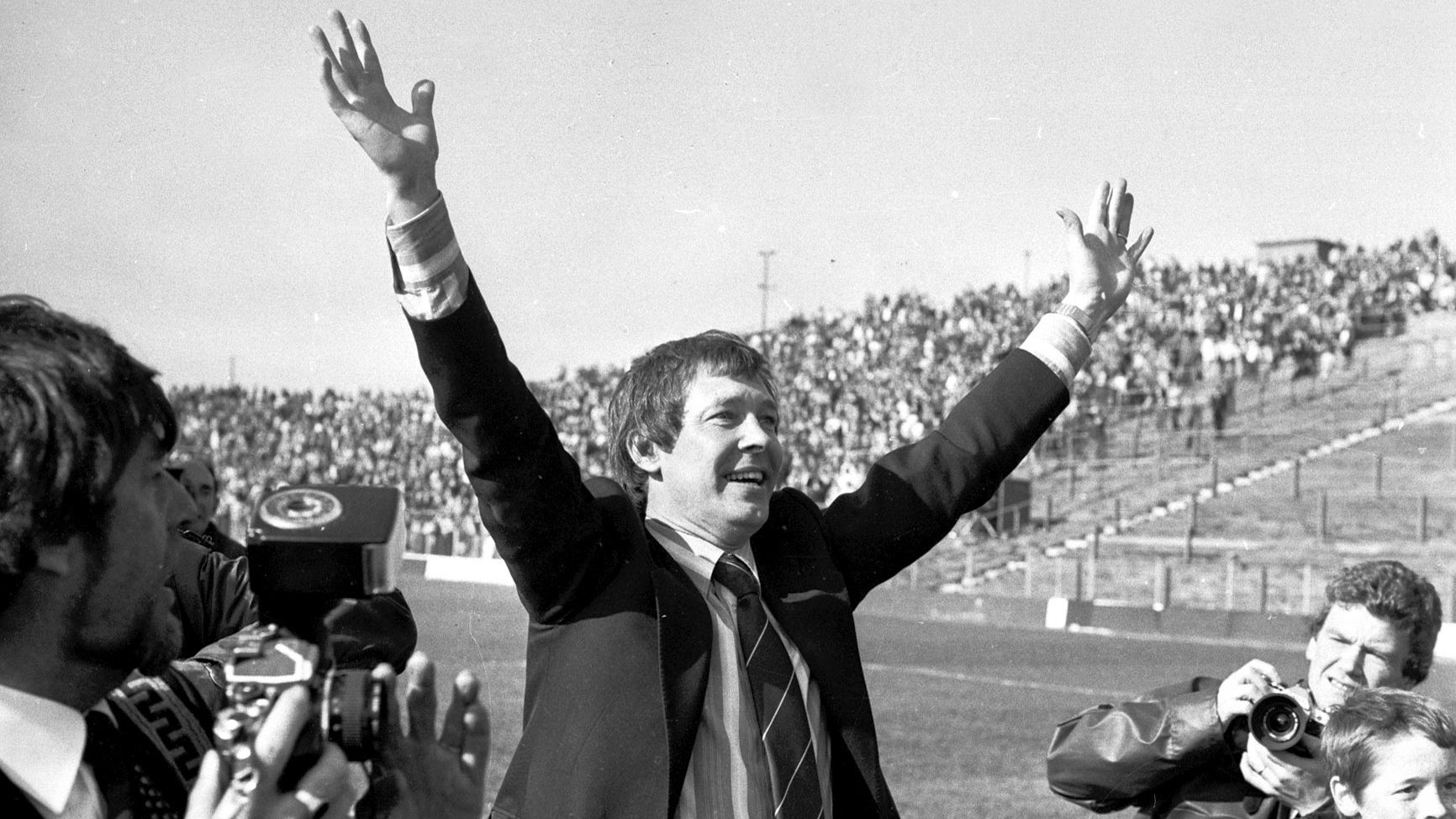 Aberdeen Football Club has commissioned a statue of Sir Alex Ferguson to commemorate his outstanding contribution to the Club.

The bronze statue, which will be located on the external concourse outside the Richard Donald Stand, will be the first of a series which is being planned to celebrate and honour the Club’s heroes.

The series of statues will be brought forward by the Club in conjunction with the AFC Heritage Trust.

Renowned sculptor, Andy Edwards of Cornovii Edwards, will produce the statue based on a photograph taken of Sir Alex at Easter Road in 1980, celebrating the Dons winning the Scottish Premier Division – the first time in 15 years it had been won by a club other than Celtic and Rangers.

AFC chairman, Dave Cormack, said: “Sir Alex’s contribution to the club was immense and it’s fitting that we honour him in this way.

“His arrival at Pittodrie heralded the start of the most successful period in the Club’s history and put Aberdeen firmly on the football map of Europe. The year after next marks the 40th anniversary of our European Cup Winners Cup triumph in Gothenburg, along with winning the European Super Cup, so while this honour is long overdue, it comes at a fitting time.

“We began exploring the idea of a series of statues to recognise those legends who have made a lasting impact on the Club, over 18 months ago, but the process stalled due to the pandemic. It’s now very much back on our agenda and, when it came to deciding the subject of the first one, there was of course only one option, Sir Alex Ferguson.”

The most successful manager in British football history, Sir Alex led the Club to a string of successes beginning with the 1980 league title after a 5‐0 win over Hibs.

The Dons took the league title again in the 83‐84 and 84‐85 seasons and won the Scottish Cup four seasons out of five between 1981‐1986. But Sir Alex’s most celebrated achievement with

Aberdeen was leading them to victory in the 1982‐1983 UEFA Cup Winners Cup when they beat Real Madrid 2‐1 in Gothenburg, a feat which they followed by winning the UEFA Super Cup, beating Hamburg over two legs later in 1983.

Commenting on the plans for his sculpture, Sir Alex said: “I am thrilled and honoured by this recognition from Aberdeen Football Club, where I spent a fantastic and memorable part of my managerial career. I am particularly pleased with the image the Club has chosen to base the statue on and with the choice of sculptor whose recent work is incredibly lifelike. I can’t wait to see it!”

Sir Alex was awarded the Freedom of the City of Aberdeen in 1999, the same year in which he was knighted.

Andy and Cornovii Edwards have a proven track‐record in creating lifelike, life‐size sculptures with previous work including statues of The Beatles in Liverpool, Sir David Attenborough, Sir Stanley Matthews and Muhammad Ali.

Chris Gavin of AFC Heritage Trust said: “We are delighted to be involved with this project. Sir Alex is not only the greatest Aberdeen manager, but one of the great living Scots, known throughout the World for the top‐class boss that he is.”

The Club and AFC Heritage Trust will work on future statues including exploring opportunities with third parties in which to further conceptualise the statues and to enhance them through digital storytelling and engagement.

The Club anticipates the first statue being unveiled later this year and all the statues will be installed in such a way that they can be relocated to AFC’s new stadium. 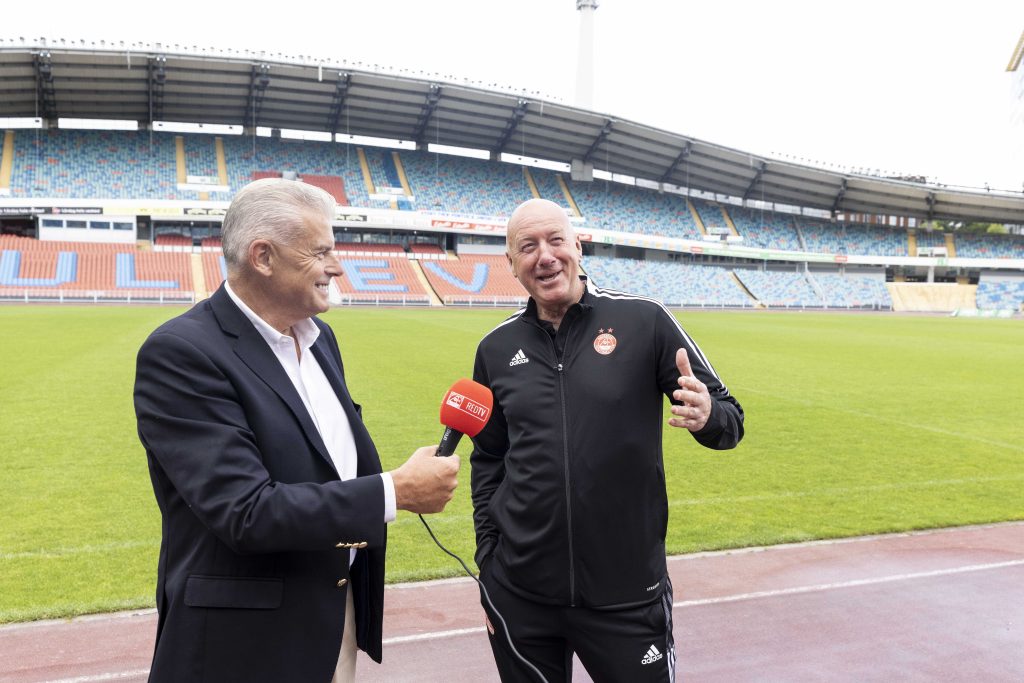 At the Ullevi Stadium today with Dave Cormack and Neil Simpson where the announcement was made about the statute to Sir Alex. (photo Derek Ironside Newsline Media)

How to watch the second leg from Sweden

How to watch the second leg from Sweden