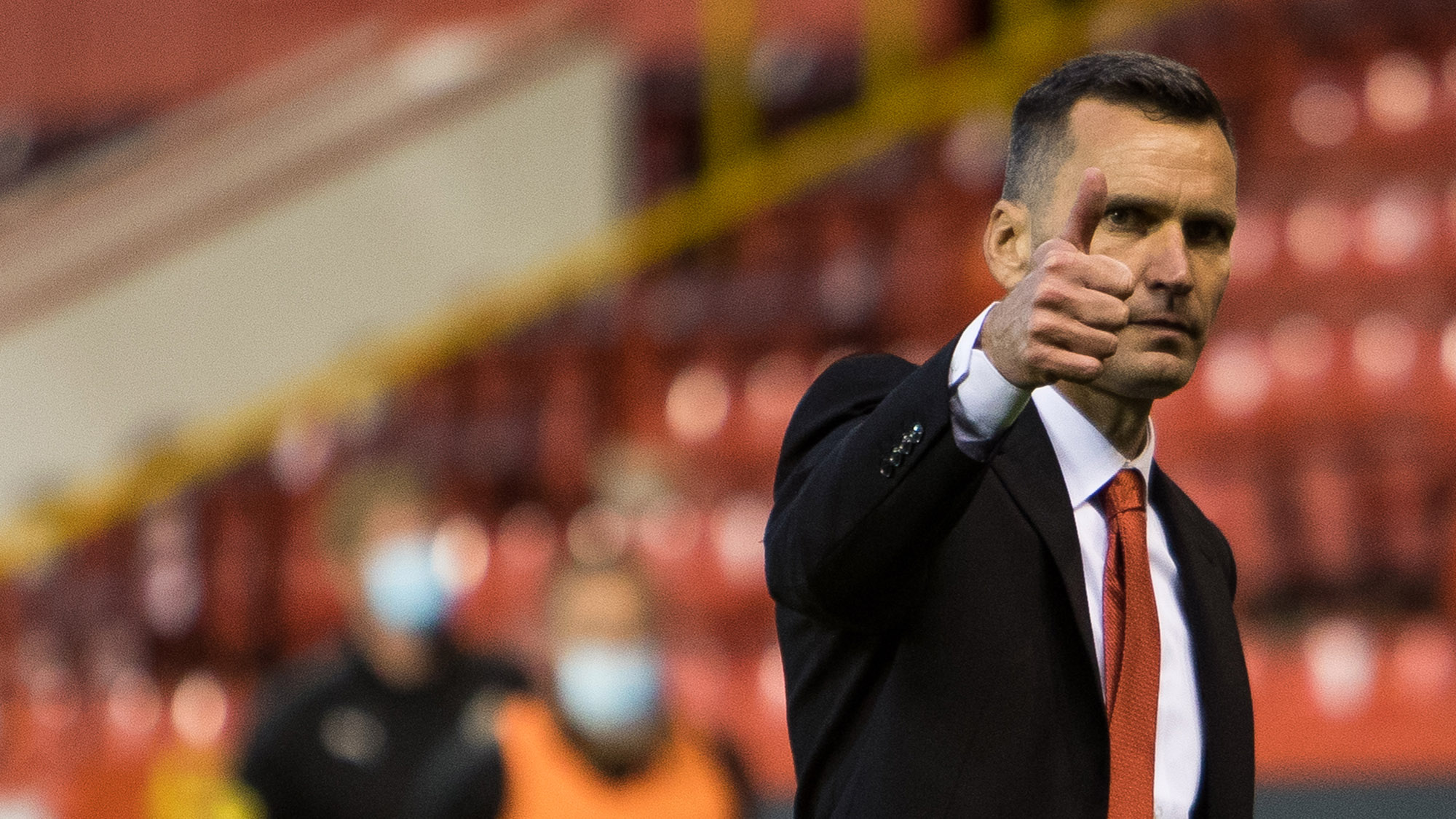 Speaking after the Dons’ 5-1 win over BK Häcken, Stephen Glass was keen to praise his players for their tireless preparation in pre-season, efforts that bore fruit at Pittodrie.

“The work that the players have put in for the last five weeks has been excellent and they have got their reward for that tonight. We can set things up, we can push them, but the responsibility is on their shoulders to do the work and they’ve taken that on. We could all see the results of that tonight.

“I want to reiterate that Häcken are a very good team, full of dangerous players and with an experienced manager. We couldn’t have imagined we would win the game by that margin so it was a terrific result for us, for the supporters and for all the people behind the scenes who worked very hard to get this game on in front of so many of our fans.

“There were a lot of promising signs given that it’s our first game, not least in the way the younger players handled the occasion. Ramsay is a very young player, still not 18, but he showed real maturity, we put faith in him based on his performances in training. We’re under no illusions, it was a big game for the club tonight, but we had no doubts about him.

“He was brilliant but at the same time, I don’t want to single anyone out because they were all brilliant – and don’t forget the boys on the bench who are driving those players on too. MacKenzie came on, McLennan’s another Academy product, he came on and got his goal – if you’re good enough, if you’re earning a chance, then as far as this club goes, you’re old enough and we will give them their opportunity.

“Up front, Hedges, Ramirez and Jet bounced off each other, they react to each other, but they also did their bit for the team, which was the first thing I asked from them. When they lead it from the front, when good players through the team can dominate possession, good things can happen.

“The kind of football we played tonight is the way we want to play this season, with tempo, intensity. We can’t pretend we’re going to score five goals every game but we will try to play in that fashion whenever and wherever we can.

“But we mustn’t get carried away. It’s one game, it’s very pleasing, but we have the second leg next week over there and they would like nothing more than to turn it around. That would be a big story for them, so it’s important we get our heads down, do our work and do our job in preparing and then in playing the game.

“We will go there to try to win because if you approach it any other way, you can trip yourselves up. We know we don’t need to go chasing the game, we can be sensible about it, but we want to be positive in whatever we do – the players respond better to that anyway.

“We’re going out to Gothenburg for that game, so with all that that means here, it’s important we do that in the right way too, that we respect that history. Neil Simpson is coming out with us, he knows what it takes to win there, he’s lived it, so we’re aiming to go and win there too.”

The final word on a big night for the club must go to the Red Army, back at Pittodrie at last, even if their ranks were reduced.

“The response the fans gave the players was great. It was a little bit sticky the first ten minutes as we tried to get going and the fans gave us great backing through that period. That seeped into our play and the players responded. They’ve missed supporters the same way the fans have missed the games and it was great to see everyone coming together tonight. Long may that continue.”

Ogilvie ends season on high with Player of the Month scoop

Ogilvie ends season on high with Player of the Month scoop