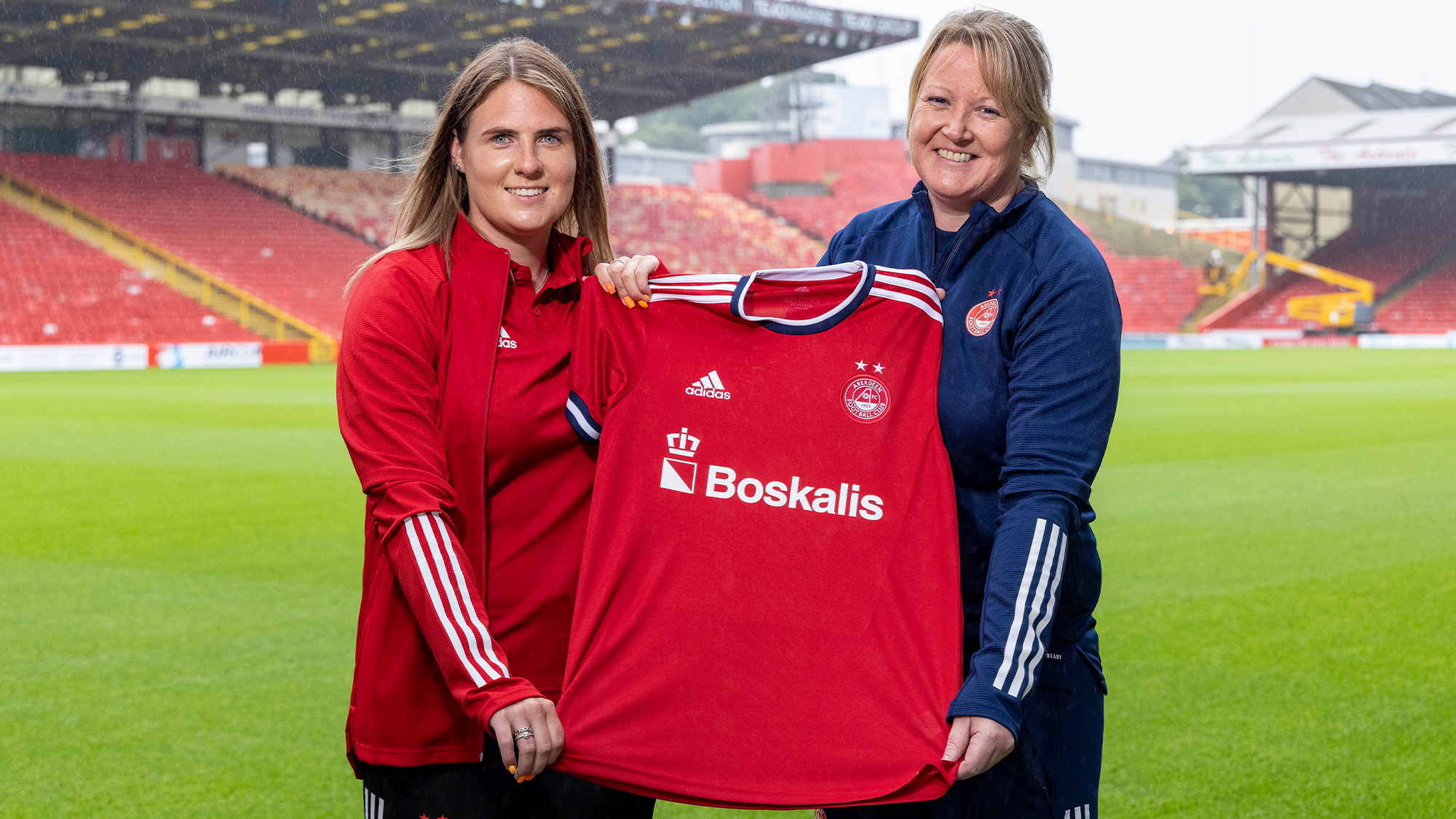 As they prepare for life in SWPL1, the Aberdeen Women’s side have shown their intent with an important summer signing ahead of the new season.

Donna Paterson is an ex-Scotland Youth Internationalist at Under 16 and Under 19 level and at the young age of 22 has vast experience playing in the top of flight of Women’s football where she played for Aberdeen Ladies, Glasgow City and most recently Forfar Farmington.

Donna was Forfar’s top scorer last season with eight goals from the centre of midfield, however the player has previously impressed in central defence. She played a huge part in keeping Forfar in the top division having been there for the past three seasons.

Her experience as well as her ability will be a huge asset to the AFC Women’s side as coach Emma Hunter points out:

“Donna is definitely a player we have wanted to bring to Aberdeen for quite some time, but for me it was all about timing for her as a player and us as a club.

“She is a very experienced player and is highly regarded within the women’s game and with us now looking to compete in the SWPL1 I feel she will be a great addition to our squad.

“She is a strong centre back and particularly good in the air so will give us a presence defensively and will also be a real threat in the oppositions box.  I always talk about bringing the right people to the club who live and breathe our values and are able to fit our playing philosophy and Donna will definitely provide that.”

Donna also ticks another big box, being from Aberdeenshire she is a big Dons fan, as she was keen to point out after putting pen to paper:

“I have been playing every weekend since I was little so it has made it difficult to get to all the games, but my dad, my brother and I used to try and get in to Pittodrie when we could. It means a lot to be part of the club.

“I am from Aberchirder and started playing football when I was five. My brother used to play so I followed in his footsteps. I got involved with the local primary school team before playing for Deveronvale Girls. I played in Banff till I was about 15, then moved to Buchan Ladies for a season. I then jumped to Aberdeen Ladies for three or four years before moving to Glasgow City. The past number of campaigns have seen me play for Forfar Farmington.

“The three years I had at Forfar, there were some highs and some lows obviously as we were fighting in the bottom half of the table, but it was a great experience playing in the top league with Forfar and I am proud to have played my part in keep them there.

“I am really excited to be joining Aberdeen. It looks like they are a great team, and I am looking forward to being part of the journey that they are on. I hope my experience can help the group. I know quite a few of the girls such as Kelly Forrest and Lauren Campbell from playing with them during my spell with Aberdeen Ladies so I know how good they are.” 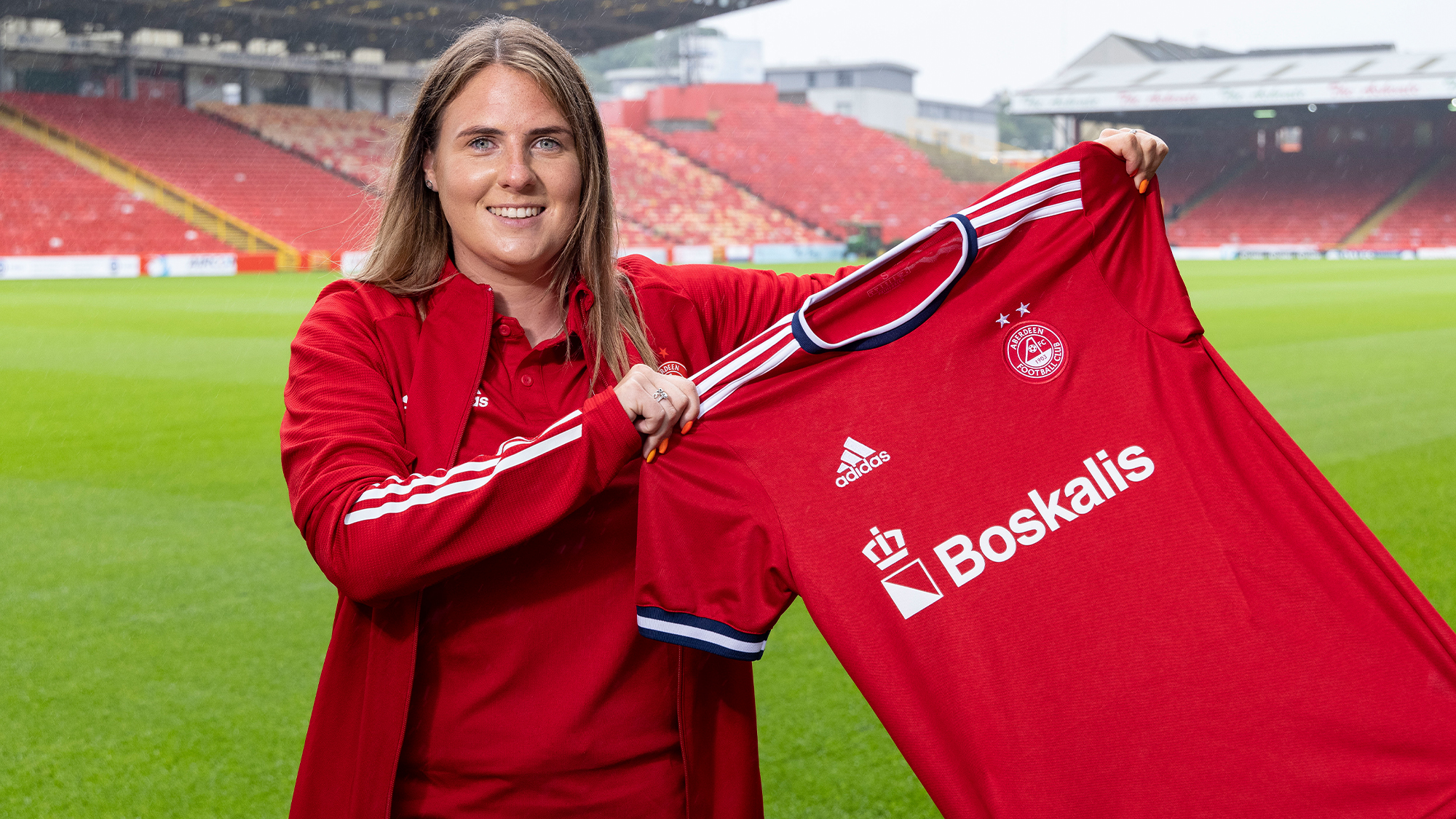 As well as being Forfar’s top goal scorer last season, Donna was also nominated for Goal of the Season at the 2020/21 MG ALBA SWF Annual Awards.

“The goal came against Rangers. I just remember they used to play out from the back, so we put on a high press. We managed to nick it away from them, the ball was squared to me, and I just hit it first time. It was outside the box, and it was with my left foot, so I was very pleased with it!

“Although I am a natural centre-half I am pleased with my goal return last season, a number of which were headers. Hopefully, I can chip in with my fair share this season.”

Although Donna is still young, she has competed in the SWPL 1 for over five years, a period which has seen the game grow on and off the park. She also understands the demands of playing against full time professional players which has been one of the biggest changes recently.

“The coverage of the Women’s game over the last few years and been really positive and hopefully it will continue to grow. Little steps, but it is pleasing to see the improvement, especially now that all the games in SWPL 1 are covered by the cameras.

“You do notice the difference of the sides that have gone professional. There are a lot of class players in the league so it will be tough, but it is a challenge I am really looking forward to with Aberdeen and one I am sure all my new team-mates will relish.” 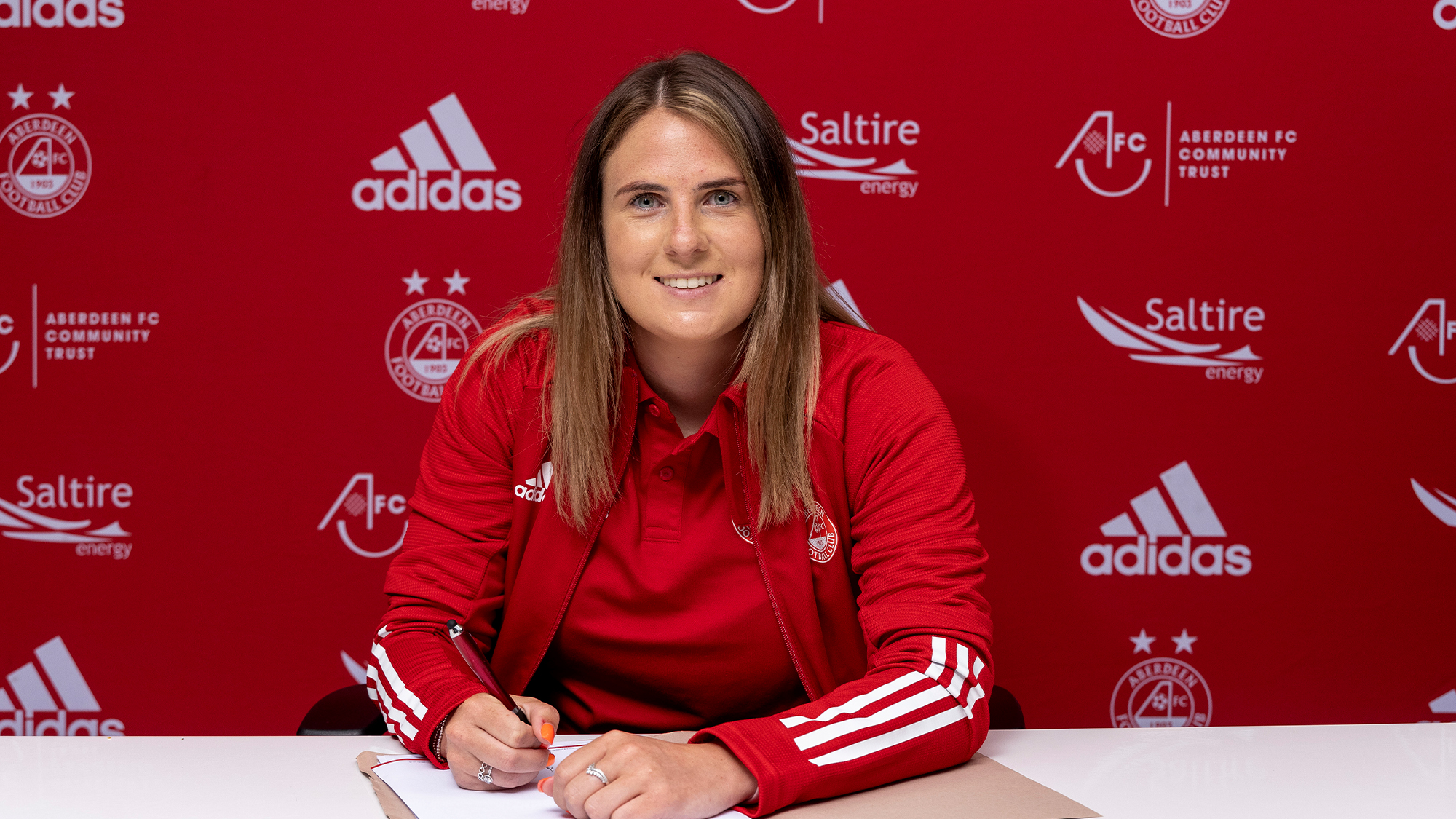