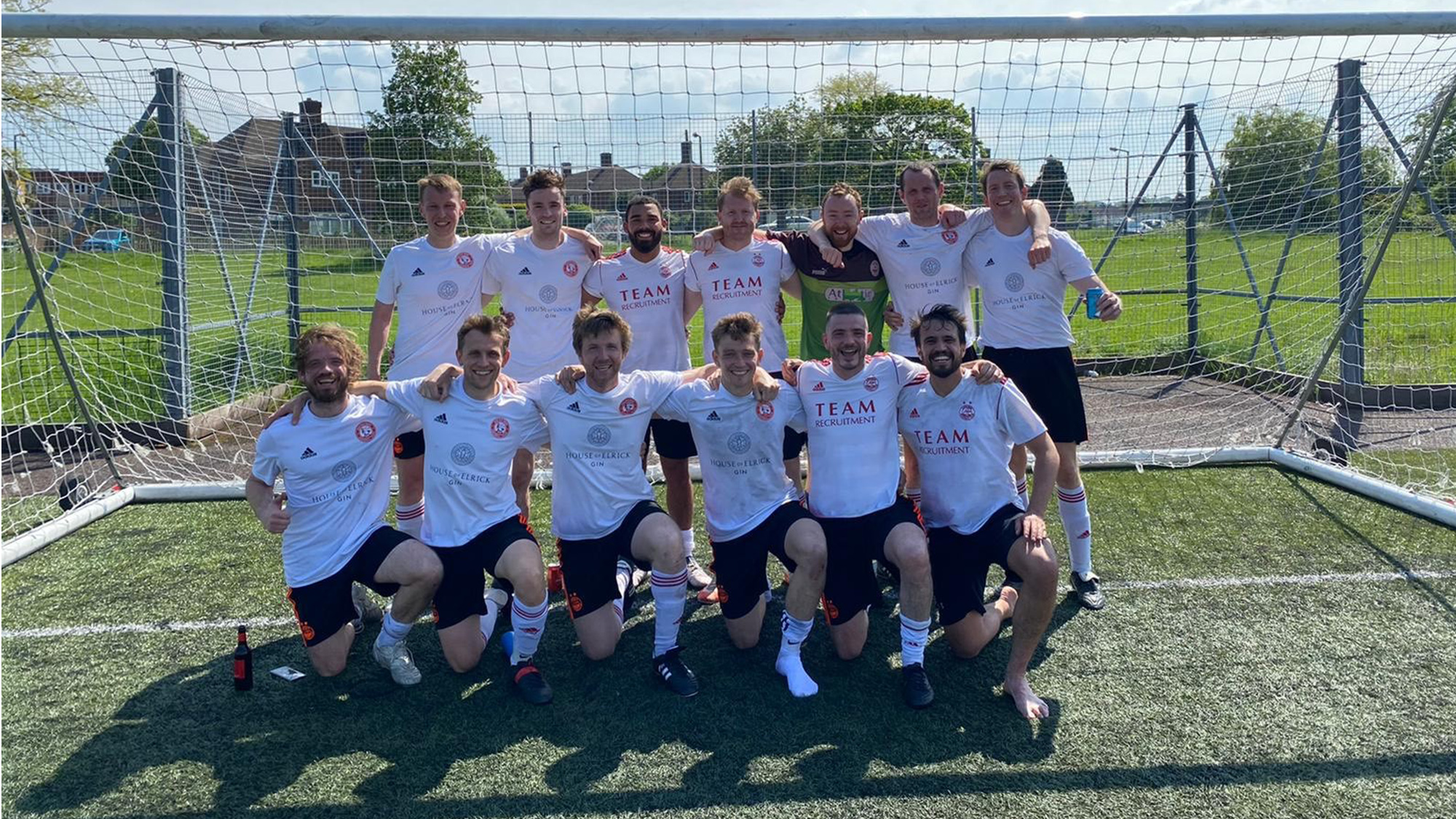 The London Dons (aka the Rob Roy Reds) celebrated title glory last weekend as they picked up the Senior Two South title in the Amateur Football Combination.

It truly has been a memorable season for the Rob Roy Reds, with no less than five last minute winners over the course showcasing the resolve and determination in the ranks. With promotion already assured two weeks prior to the final game, some late season jitters meant that victory was required in the final game of the campaign to ensure the league title. Top scorer James Kettlewell obliged by firing home the winning goal in a 2-1 victory and sending the London Dons into party mode.

This represents the third promotion in recent years for the Rob Roy Reds – meaning the team have risen from the fifth tier to the second tier of one of Europe’s largest Saturday amateur leagues inside four seasons.

Club President Gregor Smith said: “We’ve had an incredible season in winning promotion and also a league title for the first time in 5 years. The season has been halted twice due to lockdowns, and we were so grateful to be able to finish it off. We look forward to adding some reinforcements and playing in yet another new league at a higher standard next season.”

The London Dons continue to go from strength to strength as a club – with the Sunday Strollers also enjoying a competitive season in the APFSCIL Supporters League.

Both teams are always open to any new recruits of any standard and hope to get back to having regular meetups for exiled Dons in London to watch the Reds in the new season.

Claim your free shirt as an AberDNA member!

Claim your free shirt as an AberDNA member!