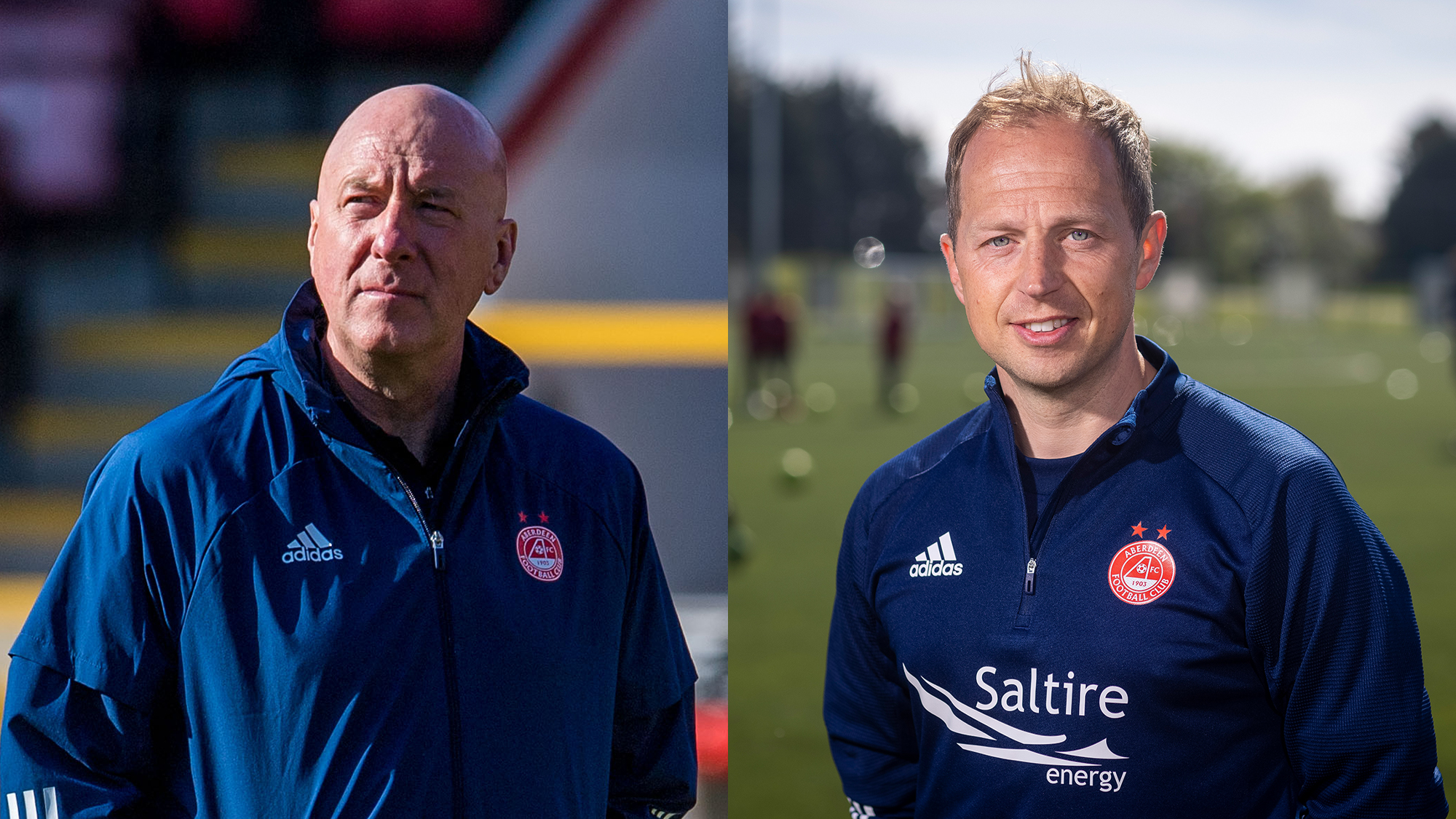 Aberdeen Football Club announces Neil Simpson has been appointed the Club’s first Pathways Manager, working with first team Manager Stephen Glass to support the transition of young players emerging from the Under-18s into first team football. Gavin Levey is also promoted to Academy Director as part of the wider review of the football operation.

Both roles are seen as being integral to executing the Club’s football strategy as it continues to develop the pathway from Academy to first team football. Subsequently, the Academy will now be organised as the Foundation Phase, Youth Phase and Development Phase. 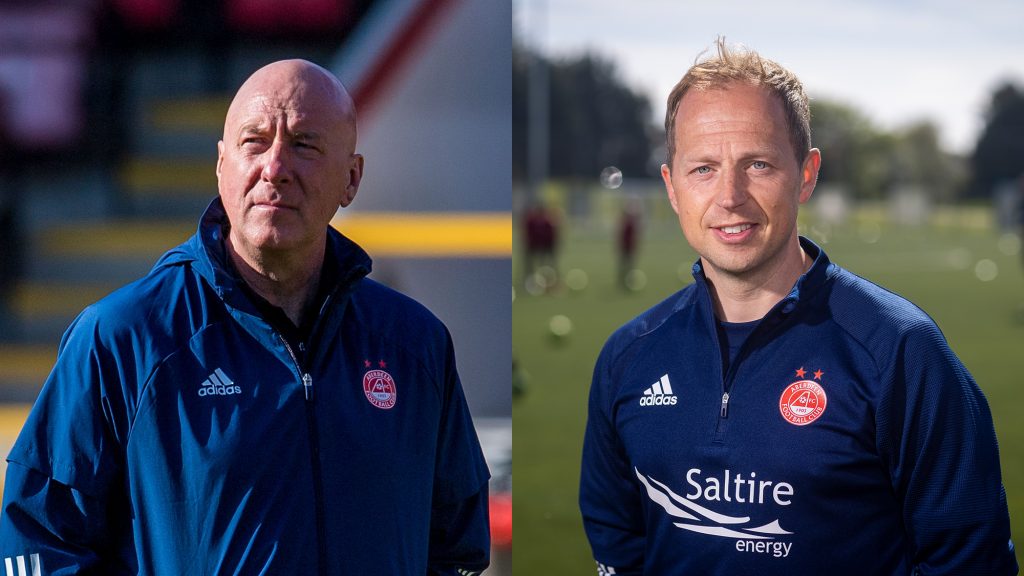 Working as a vital part of Stephen Glass’s coaching team, Neil, who successfully completed his UEFA Pro Licence in 2019, will spend valuable time on the training pitch working with and mentoring the players emerging from the Under-18s and transitioning towards the first team.

Neil has led the Youth Academy through a successful period for the last 10 years and the Club has continued to benefit from its investment in youth development with the emergence of talents like Scott McKenna, Connor McLennan, Dean Campbell and more recently Jack Mackenzie and Calvin Ramsay.

Over the last two seasons, the Club has executed a successful loan strategy and with the continued importance of loan experiences for young developing players, Neil’s new role will also be focused on the development of loan club relationships as well as monitoring the progress of loans and supporting players through these experiences.

“Neil’s experiences as a young player himself at Aberdeen and then going on to achieve the top prizes in the game will be invaluable in guiding and mentoring our top young talent towards the first team.

“Neil’s passion remains in developing players and he’s also looking forward to having a greater involvement on the training pitch.”

Gavin Levey will lead the Youth Academy as Academy Director. Gavin will oversee responsibility for all elements of the Academy, from the Foundation Phase programme up to and including the Development Phase, which includes the U18s group. Gavin is a UEFA A Licence holder and is currently undertaking his UEFA Pro Licence.

Furthermore, Barry Robson, who is a UEFA Pro Licence holder, has been appointed to the role of Development Phase Manager, with overall responsibility for the Under 17s and Under 18s groups, while assuming the lead coach role for the U18s on a permanent basis. Barry will be supported by Scott Anderson as Assistant Coach at U18s and continue his transition role as players emerge from the Academy into full-time football. A UEFA Youth Licence holder, Scott is currently completing his UEFA A Licence.

The Club will also be seeking to appoint a Youth Phase Manager to oversee the U13s-U16s programme. Liam McGarry will continue to be responsible for the Club’s U10s-12s and Pre-Academy programmes.

“Gavin has been a leader in youth development in Scotland and again carries a wealth of experience, said Director of Football Steven Gunn.

“He’s led the review of the Academy’s coaching philosophy over the last few years in his previous role as Head of Academy Coaching and will now work toward developing the performance support functions. He will also be responsible for the Club’s Coach Development Mentoring Programme.

“The Under-18s have had a challenging period through the last 12 months and with Barry and Scott taking on specific responsibility for this training group with a more structured programme, we’re further improving the training environment.

“This is a Club model that we believe can enhance the Youth Academy and further develop the pathway to first team football. The positive changes we have made will help us better connect the Academy and first team and the creation of new roles further demonstrates our commitment to developing young talent.”

Manager Stephen Glass said of the changes, “These positive developments will give us greater opportunity to support players with the transition from academy to professional football.

“Our strategy remains to develop the player pathway to get players to a level where they can play regularly in a successful Aberdeen first team. We’ve all got a responsibility to ensure that happens and I’m looking forward to working with Neil, Gavin and the wider coaching team to achieve this.” 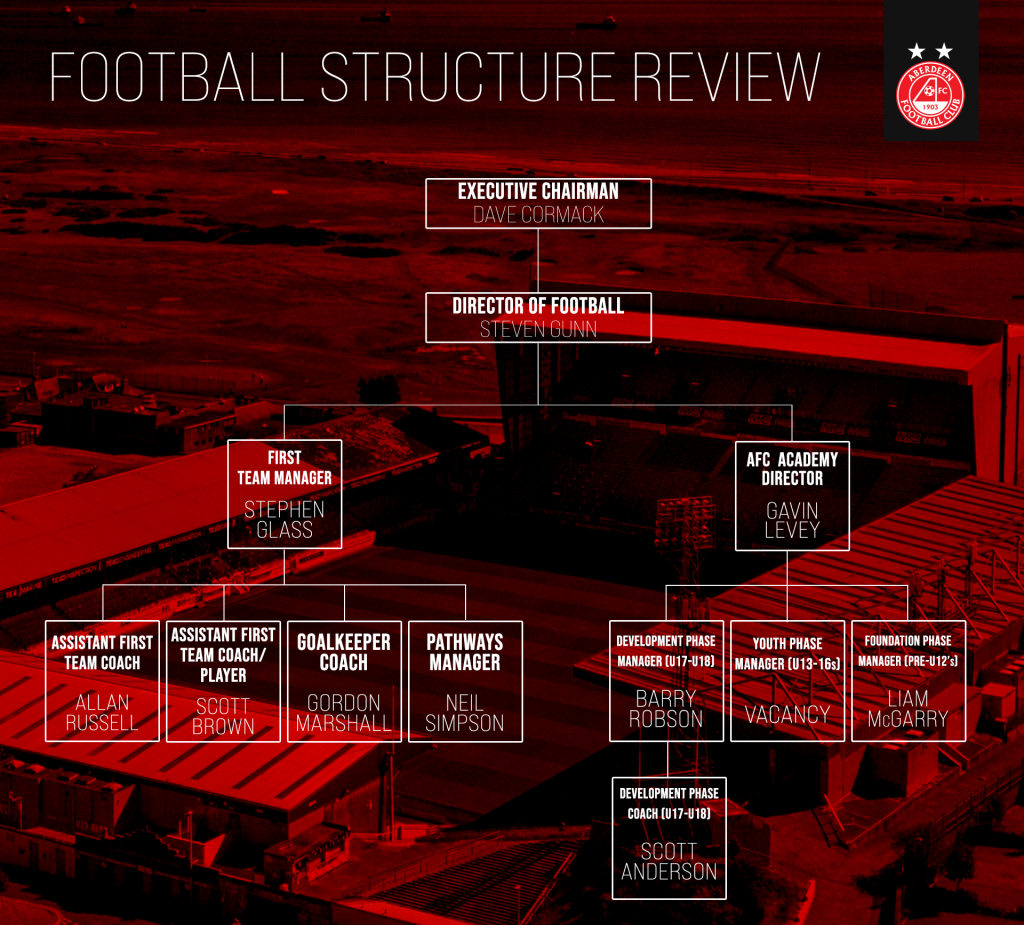