Niall McGinn | “This is a club I have grown to really love.” 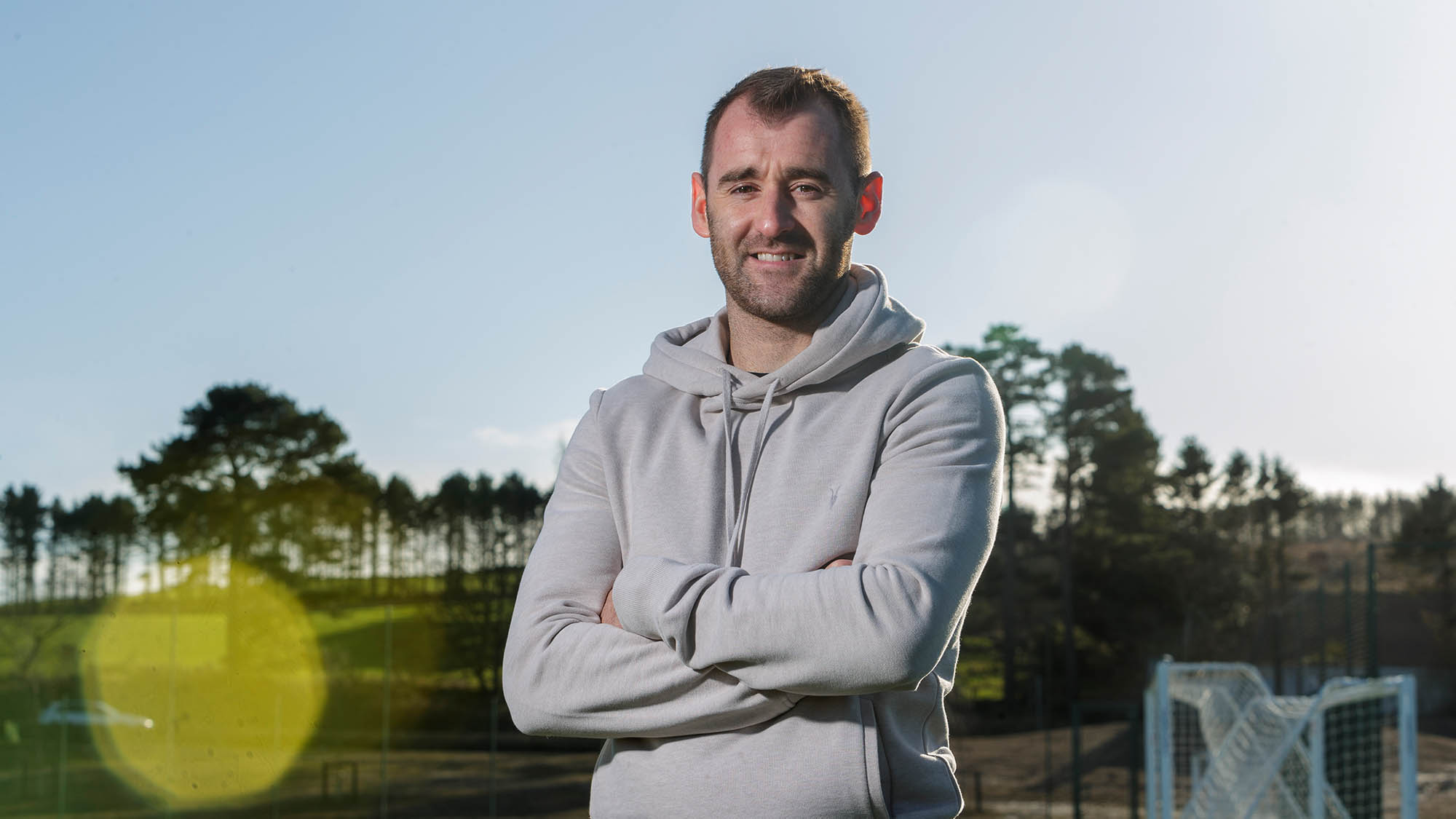 Technically one of the most gifted AFC players in a generation, Niall McGinn has provided that bit of quality needed to win games, big games at that. The 87 goals that he has scored, not to mention a huge number of assists, has played a big part in helping the team achieve the level of consistency it has done so during the nine seasons he has been at Pittodrie.

However, when speaking to the Northern Ireland international, you find a player who is every bit as motivated as he was when the winger arrived back in 2012 and is desperate to play his part in helping the team to kick on this year and be successful for the Red Army.

“I was just delighted to be able to get a new deal sorted out and extend my time here. This is a club I have grown to really love.

“Having been at Aberdeen for so long, it would have been hugely disappointing to leave this summer after playing in front of an empty Pittodrie for the last year.

“Last season was different to any other without the fans, and then on the pitch things certainly did not work out the way we wanted them to. You want to leave a club on a high, especially one I care so much about. Hopefully I can do that at the end of next season or even beyond.

“I am thoroughly looking forward to the new season. The manager will put us through a good pre-season training and there will be new players coming in too which always livens things up. Hopefully it can be a really good season for us. There will be plenty to play for. We want to get back to doing well in the cup competitions and get back to winning games most weeks.

“It will also be a really competitive season with lots of big games to look forward to.

“I’m looking forward to having a good pre-season and then having a good campaign with the fans back in. We want to see them back at Pittodrie with smiles on their faces. It has been a disappointing season for the players and also the supporters. We want to get back to playing in front of them and get back to winning big games for them.

“We have all really missed the fans this season.

“Personally, I have unfinished business.

“As I say, I want to go out on a high, whenever that comes which is why I was so pleased to sort out a new deal. It was done relatively quickly. It was a no brainer for myself. I have built up a good relationship with Stephen and Allan since they have come in. They seem very keen on me as a player and that was a big positive. They need credit for pushing things from their side as well as me trying to impress on the pitch.

“There was no convincing needed from the manager to make me stay another year. I have loved my time at the club. I have played the best football of my career at Aberdeen. The club have helped my career massively. Craig Brown brought me here and revitalised me, got me back on track. I have nothing but thanks for all managers I have worked with.

“It’s funny, under Derek McInnes I scored the first goal of his reign and then I did the same for Stephen! I was pleased to score against Livingston and also get the assist for Flo as I wanted to create a good impression and I hadn’t played much up until that point. 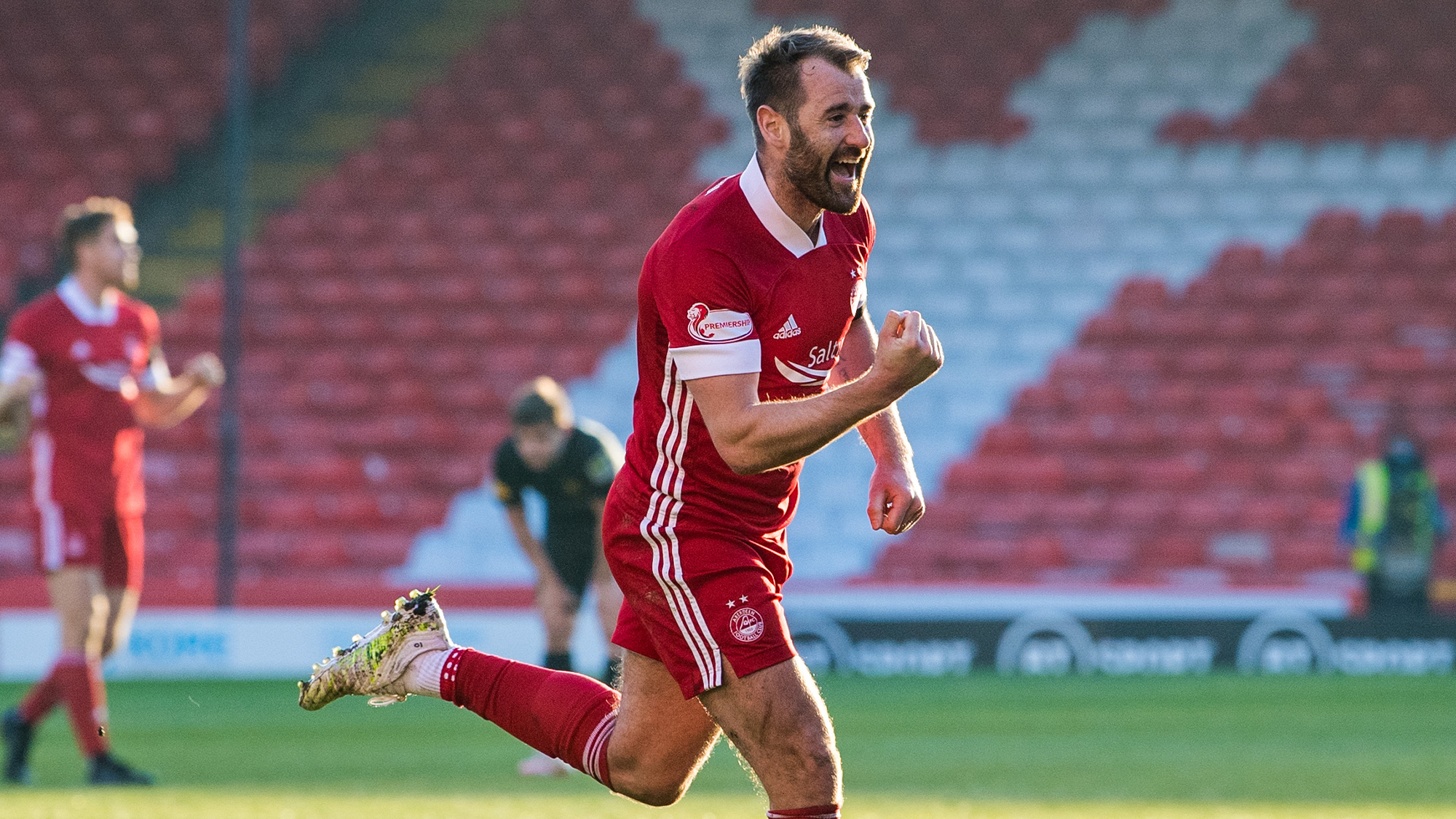 “When Stephen came in, he gave me a lot of game time. I was enjoying my football and I felt I was playing well, I felt involved. Like any player, I wanted a run of games to show what I can do. With a run of games comes confidence and that plays into scoring and creating goals. That breeds more confidence, it becomes a virtuous circle, things click into place.

“That is the challenge for next season, to go in and have a very good pre-season. If I can do that, it will be a big help. Then I need to push myself and work hard so I can get into the starting XI. Different managers have different ideas, so you have to adapt as quickly as you can to what they want you to do. I have been fortunate enough to have played at a high level for my clubs and to have played at International level too, so you get used to it. I think I adapted quite quickly to what Stephen and Allan wanted and they saw that which was pleasing.

“Hopefully I can reward the faith they have shown in me by doing well for them next season.” 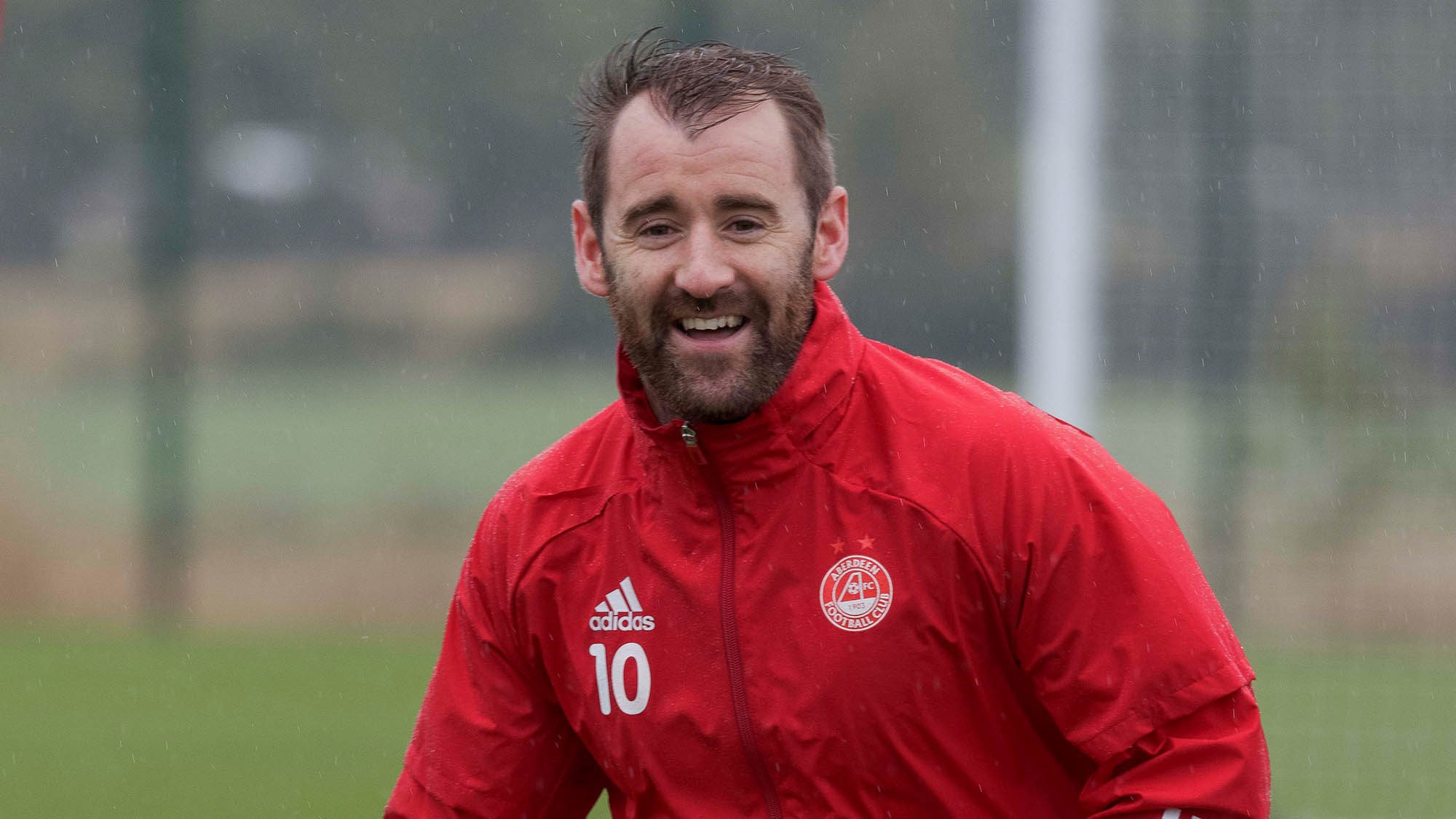 A player who is genuinely very proud anytime he is told that he has moved up a place on the AFC appearance list or goal charts, Niall is very knowledgeable about The Dons history and heritage. He understands what it means to be an Aberdeen player and the mentality that is required at Pittodrie.
Niall therefore recognises he has an important role to play both on and off the park next season.

“When I sat down and spoke with the manager, we talked about what he wants from me and how I can fit into his style of football and formation. I think he also sees me as an experienced player who has been around the club for a long time. He recognises the need to have that sort of player around to help the team progress. The manager will expect the senior players to be a positive influence on the younger ones coming through, to help them develop and keep improving so he can then play them when they are ready.

“We have that experience with the likes of Andy, Joe, Jonny and myself, players who have been around the club for a long time. We have seen a lot of faces come and go. It is up to us as senior players to drive things every day, so the younger lads understand the work ethic of the club and the standards that they need to set every single day, in training and in games. The standards will be set by the manager and his assistants, but the senior players also have a role to play. We are at a club that is expected to win a lot of games, so it is about getting that winning mentality and explaining what it means to play for Aberdeen.

“I know from the short time I have been with the manager that he will place high demands on all the players. He knows how he wants us to play, and he will be expecting a lot of good football and expecting a lot of wins. As a group of players, we also have to drive that and live up to those expectations.

“There needs to be a collective effort. We have all got to help each other. We have to create the team spirit needed if you are going to be successful. Everyone at Aberdeen needs to be pulling in the same direction and that is what we will do.” 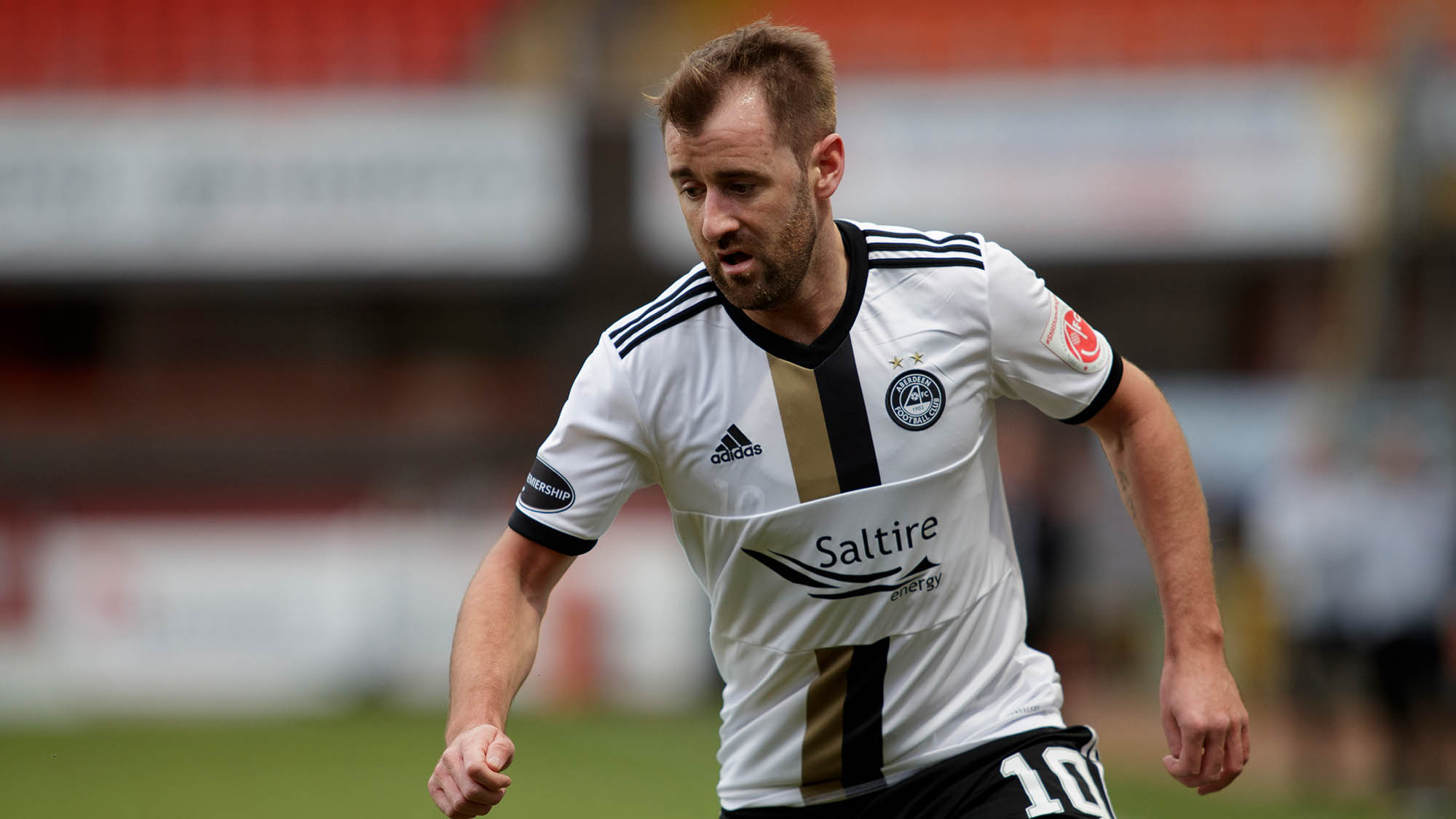 The Club has documented how it is going to try and promote young players into the first team over the coming years and how important the AFC Youth Academy is within the strategy. Niall again feels his experience can play a part in helping this happen.

“As well as helping the young players around the first team squad and the U18s, I will spend time with the Youth Academy kids. I am hoping to continue my coaching badges. All that was placed on hold with COVID over the past year. I have finished my B licence so I wanted to get going again and I will try and do some work with the young age groups within the Youth Academy. That might mean going down to Cormack Park one or two evenings a week when we don’t have midweek games and get involved with the underage teams. That is something I definitely want to do.

“I think it is important for these young players to have guys they can relate to and get to know someone who has played for Aberdeen, someone who been there and done it. Any advice I give will maybe help them meet their targets and drive them on a bit further.”

Niall spoke ahead of Northern Ireland’s game against Malta on Sunday, where he won his 65th cap and helped his county to comfortable 3-0 win. This Thursday they play the Ukraine.

“Any time I get the chance to go away with Northern Ireland, it is always brilliant. If I can stay part of the international set up, hopefully it will have a positive effect on my club form.

“We have a few players missing because of injury and a few of the senior ones who have had a very long season need a longer break. We have a lot of young players who the manager is trying to integrate into the group alongside the seven or eight experienced players like myself who are here.

“Once I finish my international duties with Northern Ireland, I will have a week off and then get myself back into it ahead of pre-season. I’m looking forward to it already.” 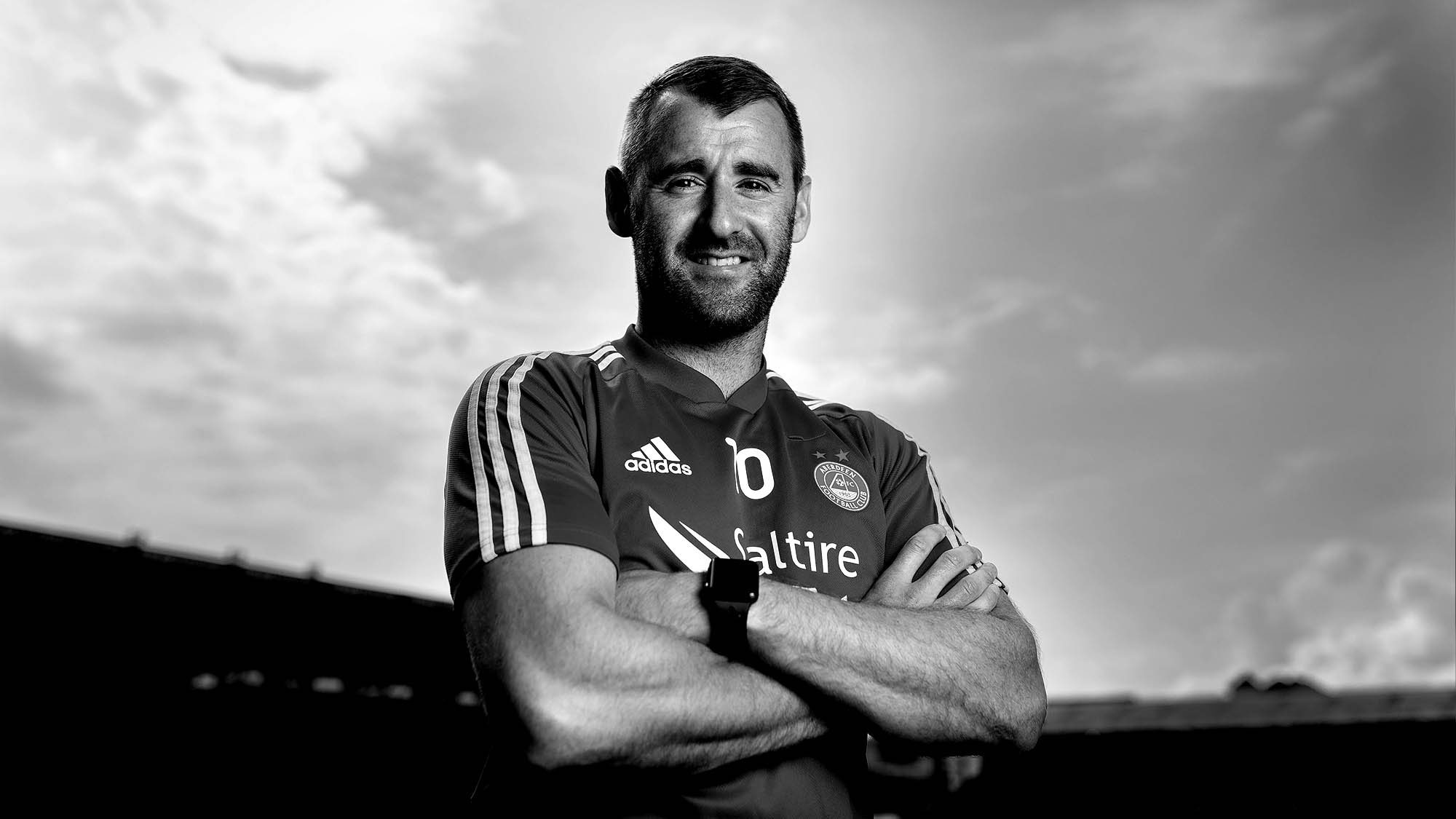