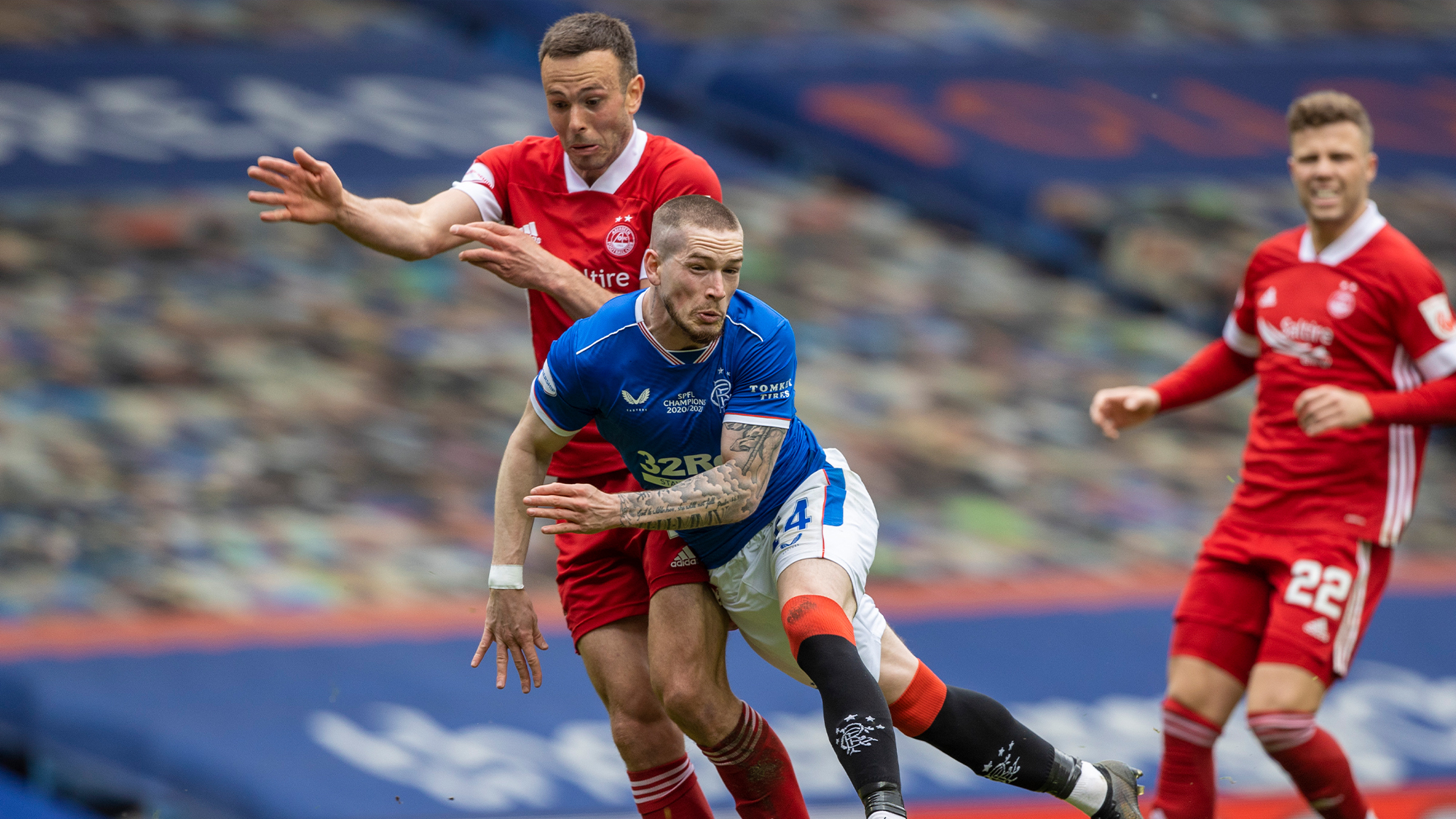 “I don’t think the score line was a reflection on the game. The first two goals were deflections and I felt if we had played the way we had done in the second half, and cut out the mistakes, we would have more than deserved to get something out of the game. We created four or five very good chances but unfortunately just couldn’t find the back of the net. I feel that has been the story of our season.

“You know what it is like when you come to places like Ibrox, you are only going to get a couple of chances. Second half we were better, we played the ball well. Our new game plan is to play out from the back, but there are times when teams come and press and if they do nick the ball then we are a little bit open and both goals in the second half come from that. It is disappointing that we didn’t lay a glove on them in the first half.

“It is about being brave on the ball when you come here. In the forward areas in the second half we were braver. There were flashes of what Ryan Hedges can bring and it is great to watch. He can glide past four or five players and he did that half a dozen times in the second half and when you have guys in your team like that you know you are going to create opportunities. It is always a sore one to take.

“It is another season done and there will be big changes with players, it will be an interesting summer.

“I felt like today and Wednesday night were examples of how our season has gone. We created better chances but we couldn’t find the back of the net. We have struggled to score this season but I am sure the manager and Allan will get it right in the summer and we will be banging in the goals next season.

“To move onto fourth on the all time list of AFC appearance holders is fantastic, I am delighted. I am in amongst such legendry company. I am gutted with the result today but if there was a glimmer of positivity that would be it for me.

“From day one when I stepped into this club at 16, I wanted to give my best every day in training and in games. I have made sure that away from football and in training that I look after myself and give myself every opportunity that I can.

“I have my fingers crossed that I will get the Scotland call on Wednesday.

“We dust ourselves down and we go again, it will be season number 18 for me next year and I will be ready to go again.”