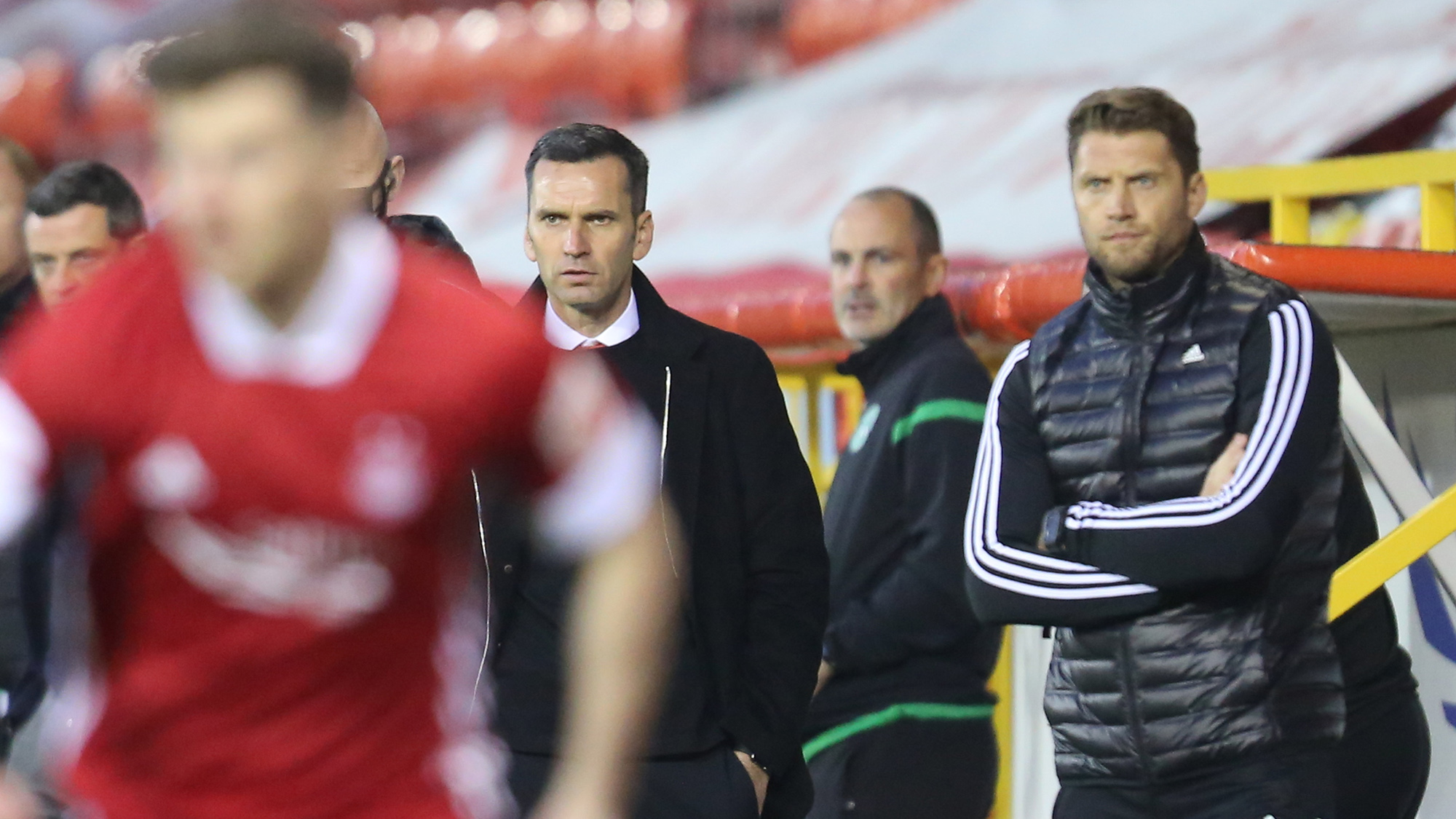 Aberdeen boss Stephen Glass reflected on a night where his team didn’t get the result he felt their football warranted.

“The performance of the players shows that there’s something really valuable to build on but of course, to lose a game is frustrating. Hibs had one real opportunity and they took it. We made opportunities that we should have done better with, we could have moved it a wee bit quicker in the final third, but from start to finish, the performance levels were excellent. We moved the ball quickly, looked dangerous, were the better team on the pitch in my opinion.

“We were ten points behind when I took the job, so that’s a lot of ground to claw back and we’re devastated now with the result because we were so close to doing that. That shows the belief here, it shows what we’re capable of and it shows where we’re going to end up.

“This period since coming in in April has given us the chance to see exactly what we would like to change over the summer and there will be comings and goings, obviously. It’s been hugely valuable for us and for the group to have this time. They showed their willingness to do what we’ve asked of them again, against a very good Hibs team.

“The group looks like it’s got goals in it, we carried a threat, we were dominant, but you do have to stick the ball in the net. It’s quality that wins you games, we’ve got the players that can do that and we’ll add to it. We know what we would like to do in terms of bringing players in but obviously we are talking about players at other clubs and we will have to see how that plays out. We would like to do our business as quickly as we can but that’s not always possible.”