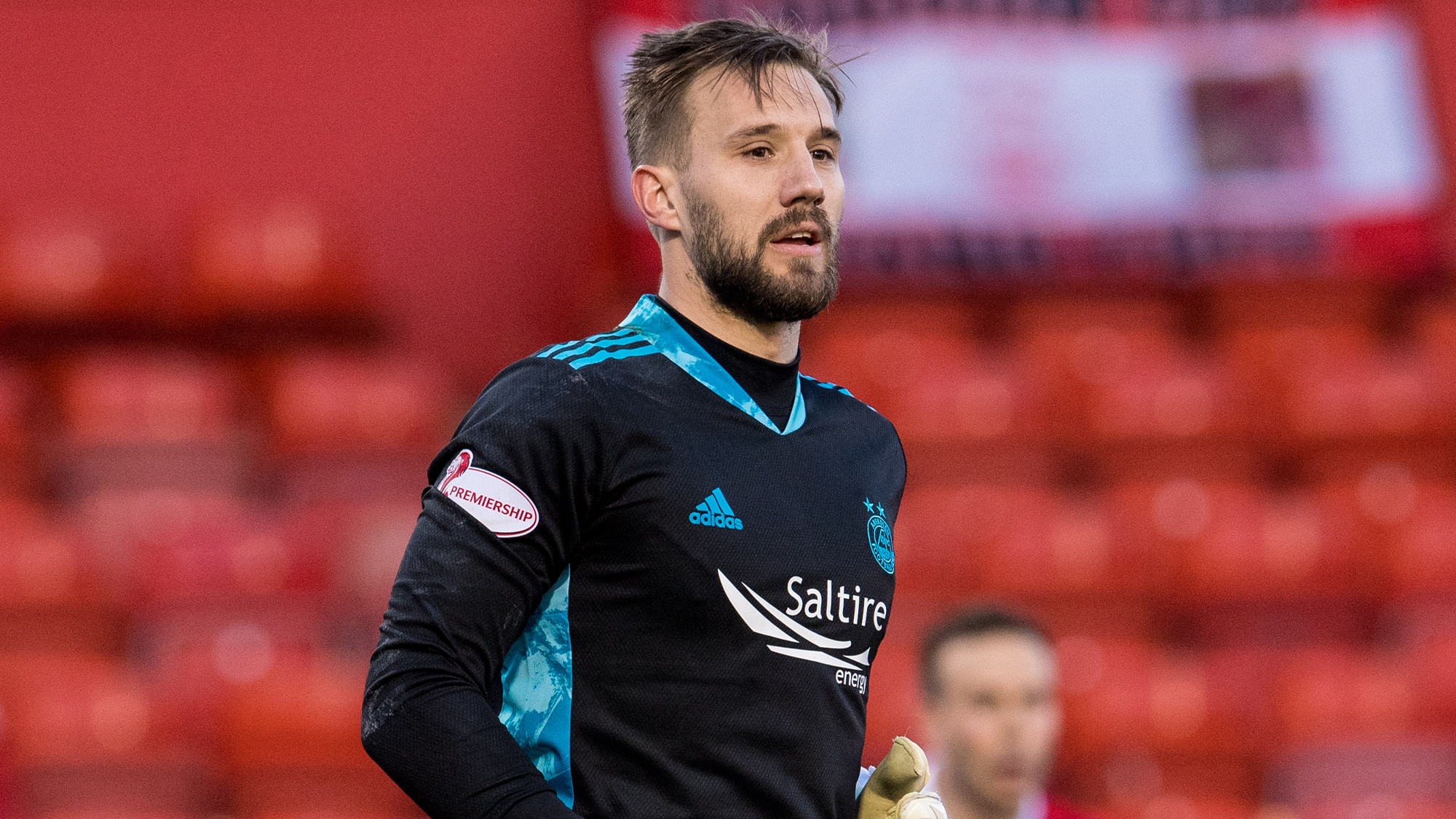 The Club has agreed a pre-contract deal with goalkeeper Gary Woods.

The 30-year-old, who is currently on loan at the Dons from English League Two side Oldham Athletic, will sign a two-year deal in the summer.

The Englishman started his senior career at Doncaster Rovers and spent three seasons with Hamilton Academical, whilst also winning the Scottish League Cup with Ross County in 2016.

Gary initially joined Aberdeen as cover for then injured number two, Tomas Cerny, in October 2020 and extended his short-term loan deal in January. The keeper has since made his full debut following an injury to Aberdeen number one and skipper, Joe Lewis.

With the news yesterday that Declan Gallagher has also signed a pre-contract agreement with the Dons, manager Stephen Glass, views this as another important addition to his squad ahead of the new season.

“Gary is a very experienced goalkeeper and we have been impressed with the standard of his performances in recent games.

“As we build for the future it is important we build a strong squad, one which has quality throughout, and Gary helps us set the standards we expect at this Club.

“We look forward to continuing our work with Gary when he officially joins us in the summer as an Aberdeen player.”